The TDF today (Wed 7 July) goes from Cambrai to , 153.5 kms.  The latter is a beautiful town and has the most wonderful cathedral. Sadly, Frank Schleck will not be with the Tour today after a bad accident yesterday, causing a broken collar bone. His brother Andy is lying in 6th place after yesterday's ride.  Andy will miss the help that his brother would have given him for the remainder of the Tour, but his strong team of Saxo Bank will will of course do all they can to keep him up with the leaders.  The French rider, Sylvain Chavanel, lost the leader's yellow jersey yesterday after a series of problems with his bike, and the honours went to the Swiss rider Fabian Cancellara, also of team Saxo Bank.  Thor Hushovd of the Cervelo Test Team was the stage winner.
The Spanish rider Alberto Contador, possibly the favourite to win the race, dropped down to 9th position; he had a puncture in the last kilometre but kept going.  Lance Armstrong dropped to 18th after having a puncture earlier on the cobblestone sections and had to play "catch up".

There do not appear to be any changes in the overall results and Cancellara still holds the yellow jersey.

The Tour has passed 10 times through Reims in the past; the city is known as the city of and the former coronation site of French kings. is proud of its cathedral, dating back to the 12th century and a symbol of the Gothic period at its height. Since 1991, Notre-Dame cathedral has been a UNESCO world heritage site.
I thought that this was a good chance to show you some of the photos I took of the cathedral when we were there in 2007. 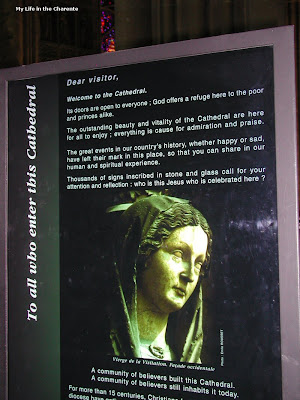 Click on the photo to read the welcome at the door. 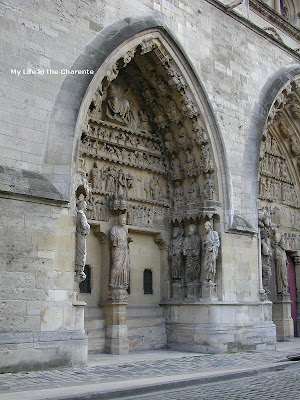 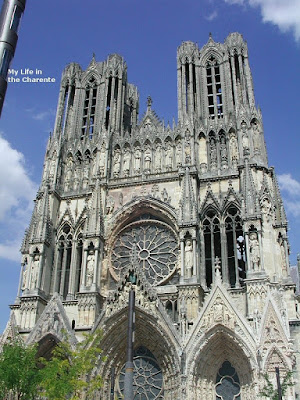 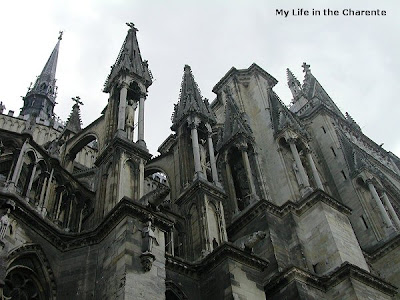 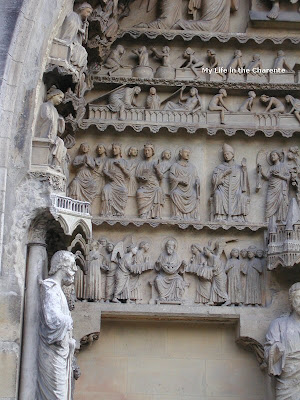 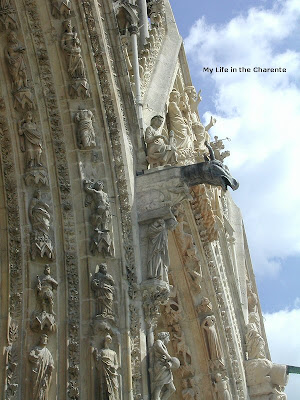 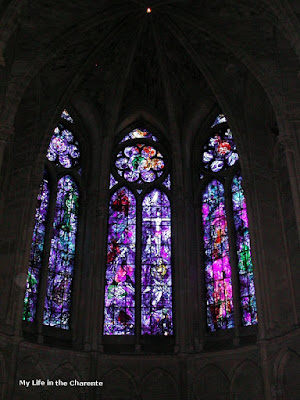 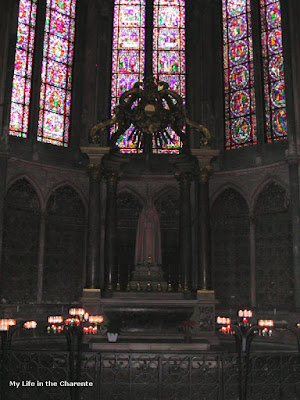 Labels: Church, Reims, Round and About, Tour de France