Abbey of Notre-Dame at La Couronne

In May last year, we visited the ruined Abbey of Notre-Dame at La Couronne,  a small town near Angouleme. Bizarrely, some would say outrageously, contraposed only a few metres from a giant Lafarge cement works, the contrasts in building type, construction and  800 years of passing history are stark. You can see this in the fifth photo down, but as this is a blog about the abbey and not the cement works, I have tried to keep the latter out of the pictures! It's not all that easy; as one cannot walk around inside the building, snapping has to be done from the perimeter. Not only is it private property, but I guess the danger from falling stones is quite high! The decision to site the cement works here is not, however, as ridiculous as one might think. I'll reveal how it happened at the end of the blog! 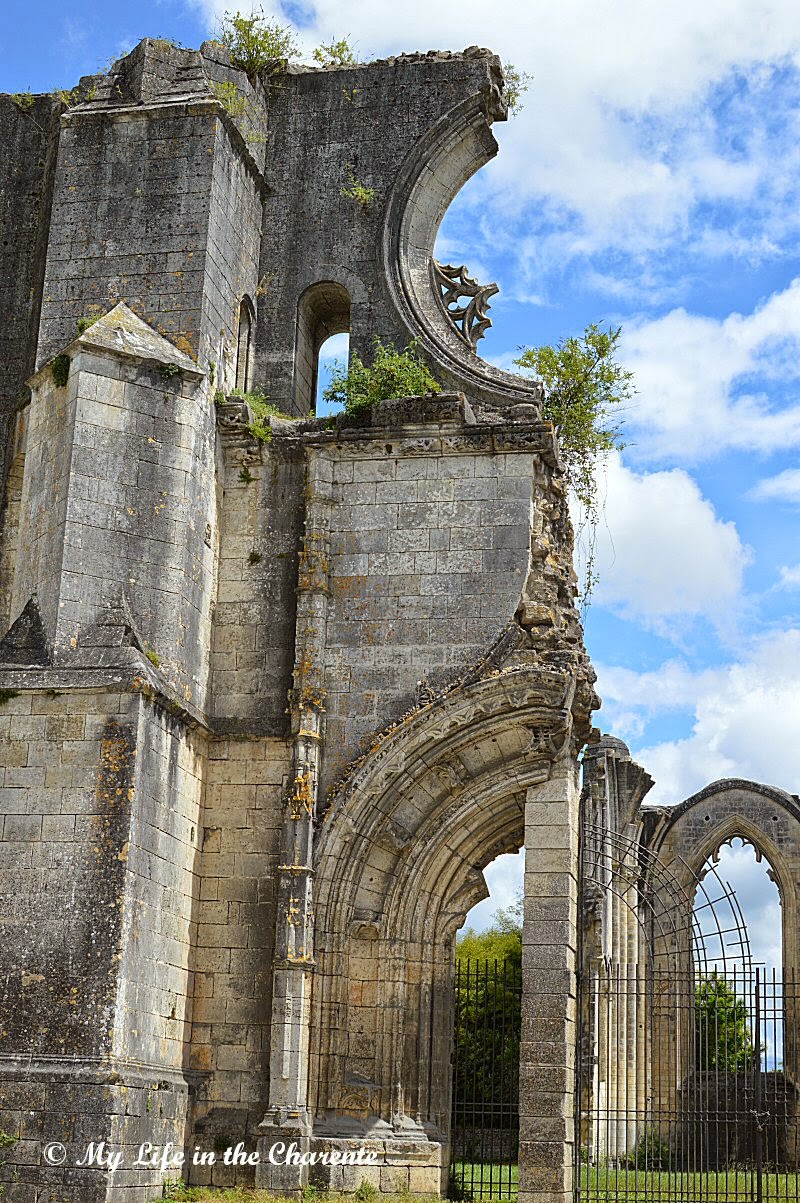 The first stone was laid, it is said, on 12 May 1118, the works proceeded quickly and a monk named Lambert was elected abbot of the first, primitive, church on Easter day 1122. 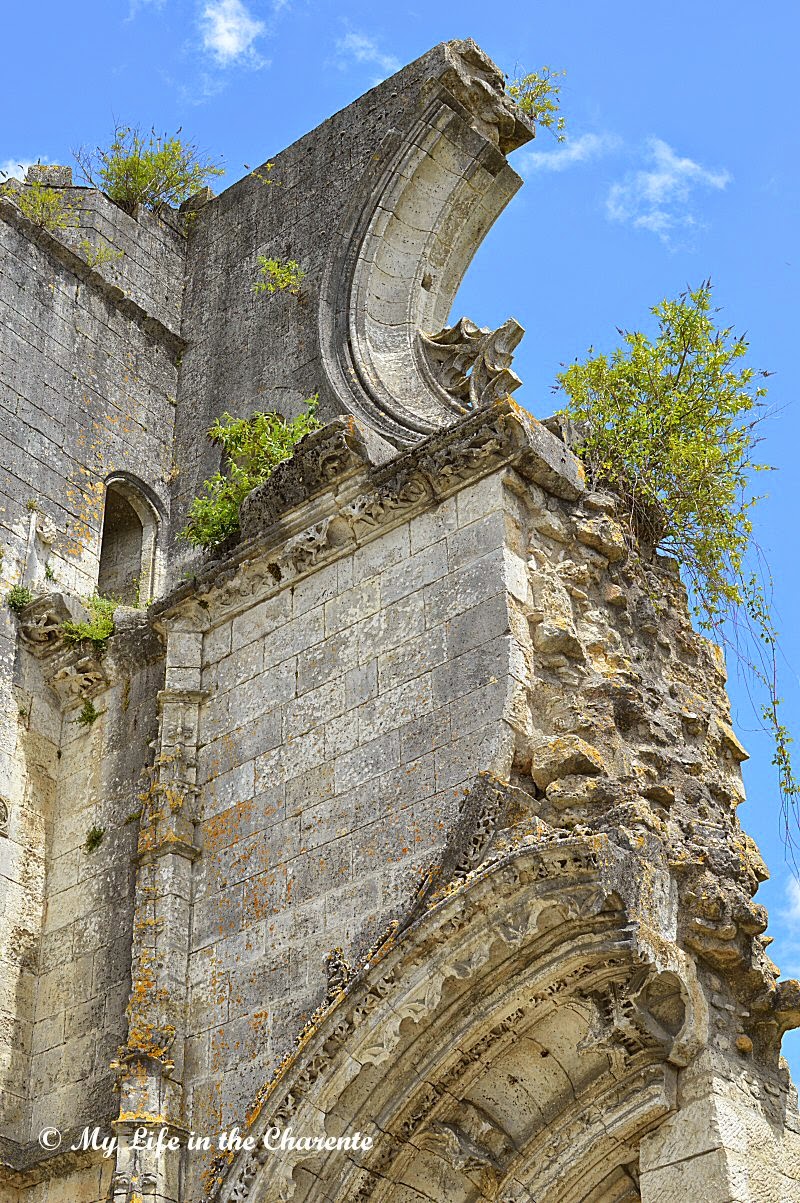 The abbey proved to be very successful and further building work  proceeded over the next 80 years, the slow pace due to wars and famines, but a second, more elaborate, church was consecrated in 1201. The building and rebuilding went on; cloisters, an infirmary and refectory were added or rebuilt. 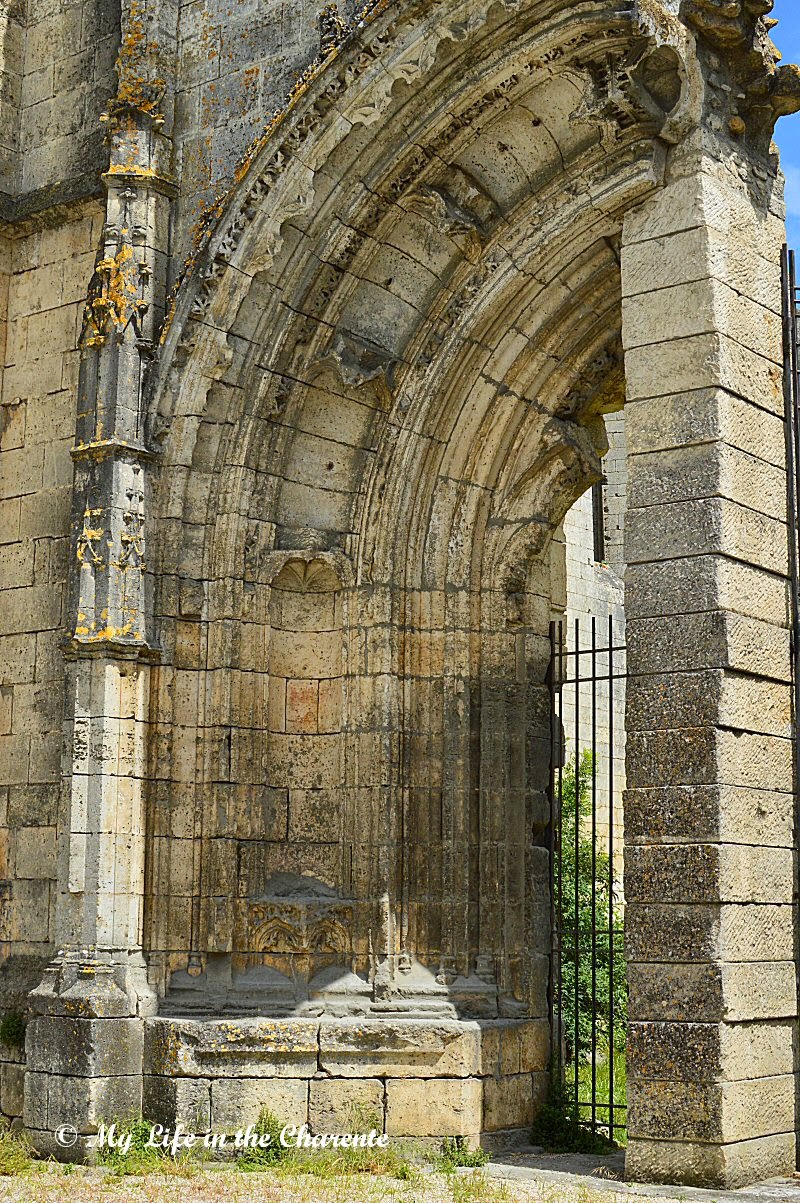 There's a distant connection between this abbey and the English royal lineage. Isabelle of Angouleme, the widow of King John (he of  Magna Carta and  lost treasure fame) was buried here, but her son Henry III of England) exhumed the body and had it reburied in the Kings' cemetery at an abbey in the Loire valley. 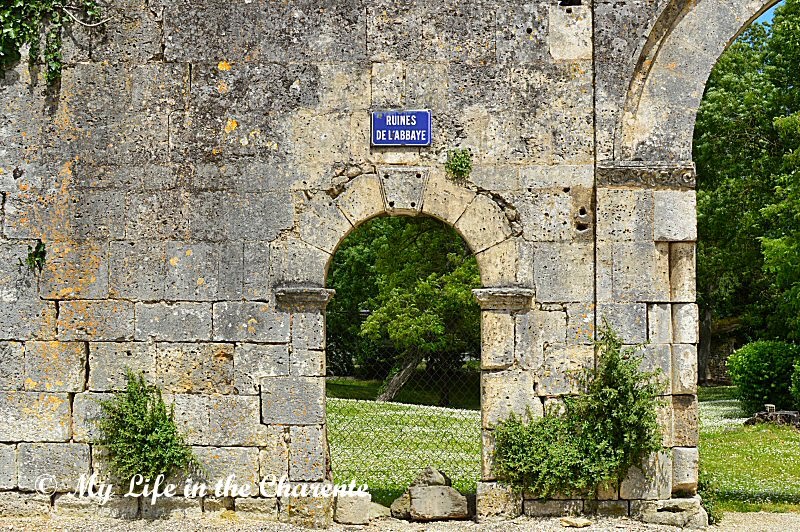 The monks were dispersed during the 100 Years War but for a brief period after that, more rebuilding was carried out until 1514, when it ceased. 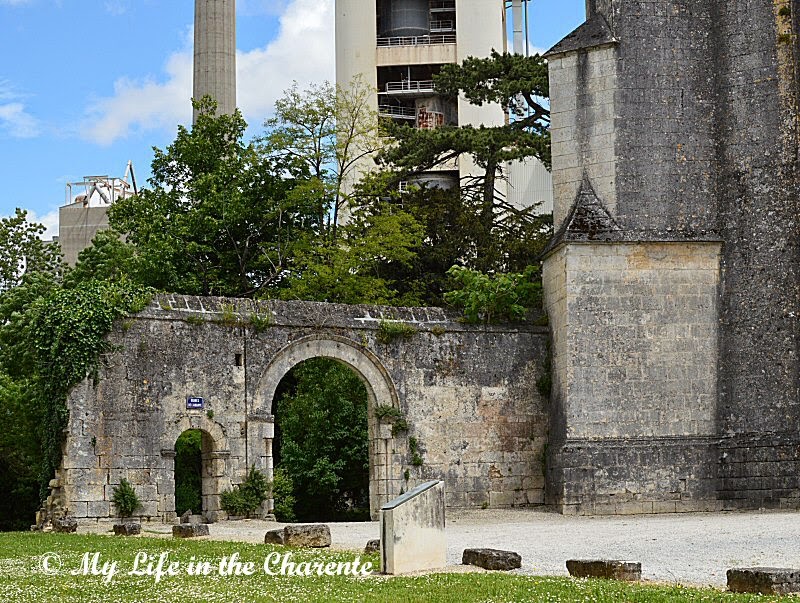 The cement works silo looms over the ancient stonework. 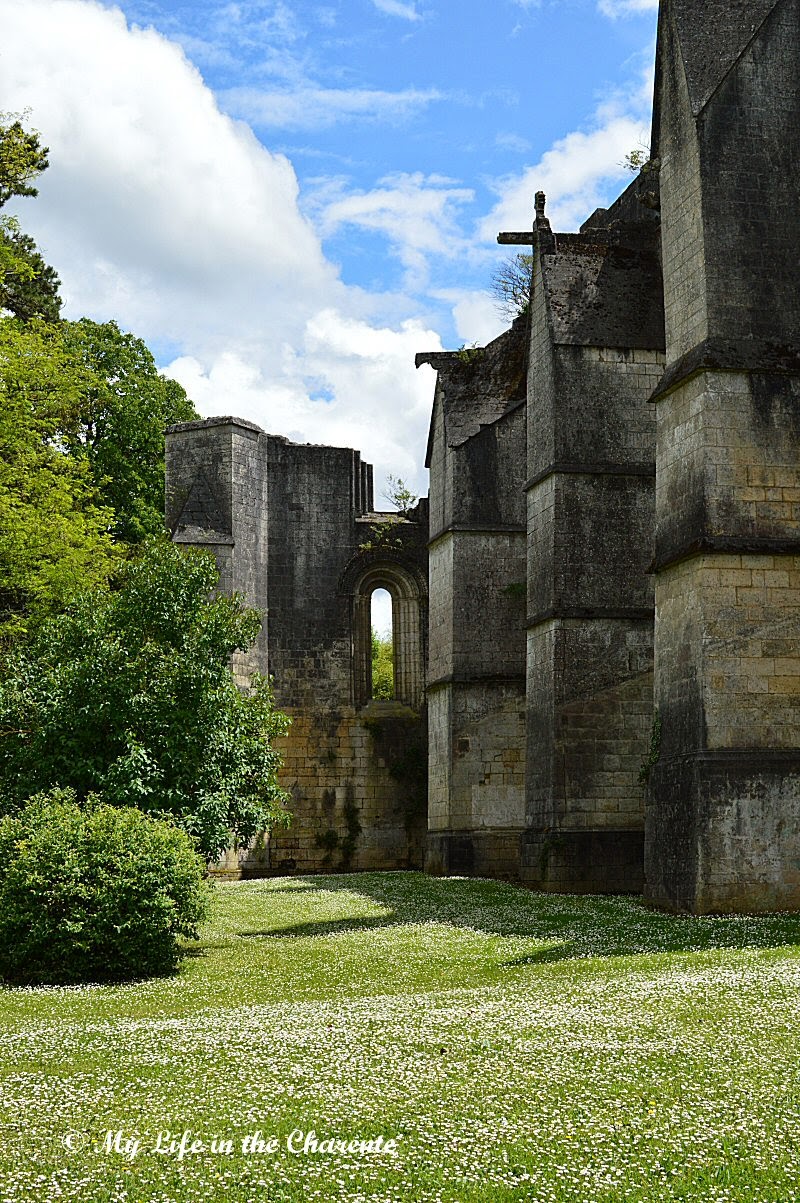 The wars of religion, lasting 36 years in the late 16th century, badly affected the abbey, parts of which were burnt and pillaged. At this time it was occupied by only eight men of faith, following the Jesuit order. 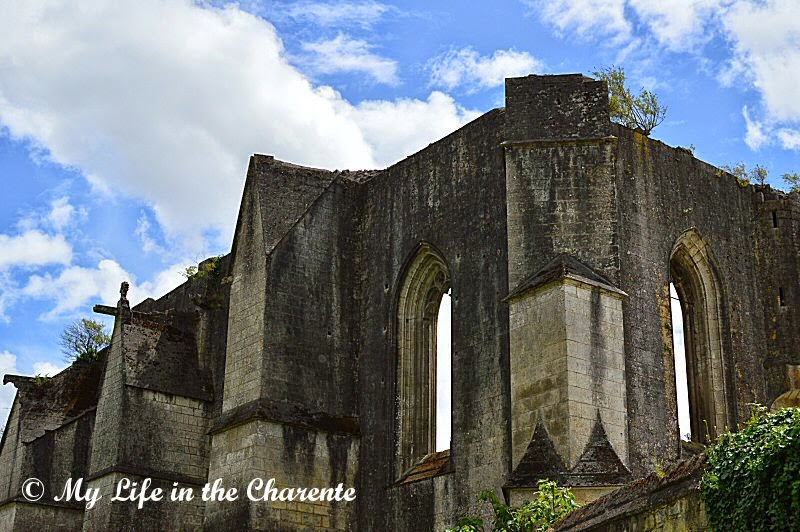 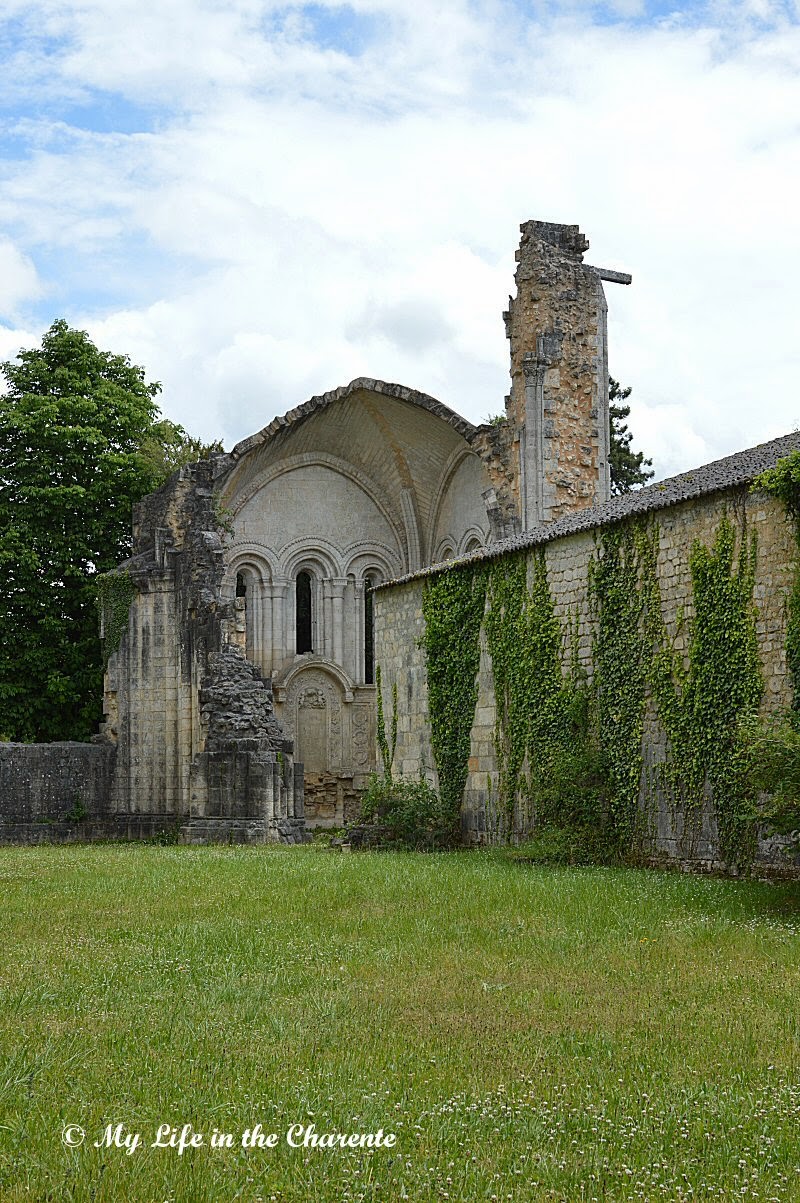 A last work programme of improvements occupied the years between 1750 and 1778 but following the great upheaval of the French Revolution which took place shortly afterwards, the site became national property and was sold in 1807 as a source of building stone. 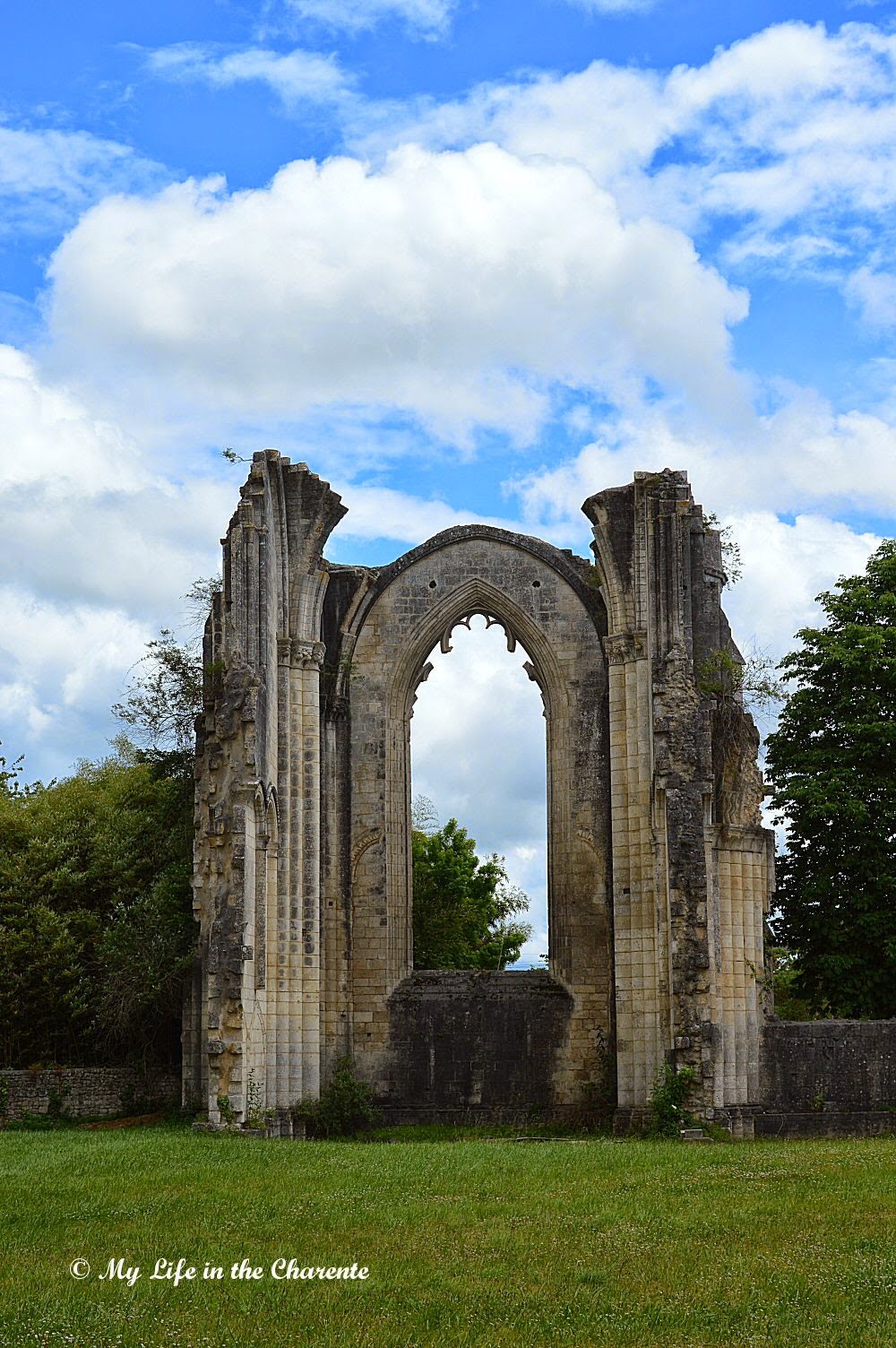 The beautiful stone work and carvings were dismantled, presumably in an uncontrolled fashion, over the next 120 years. 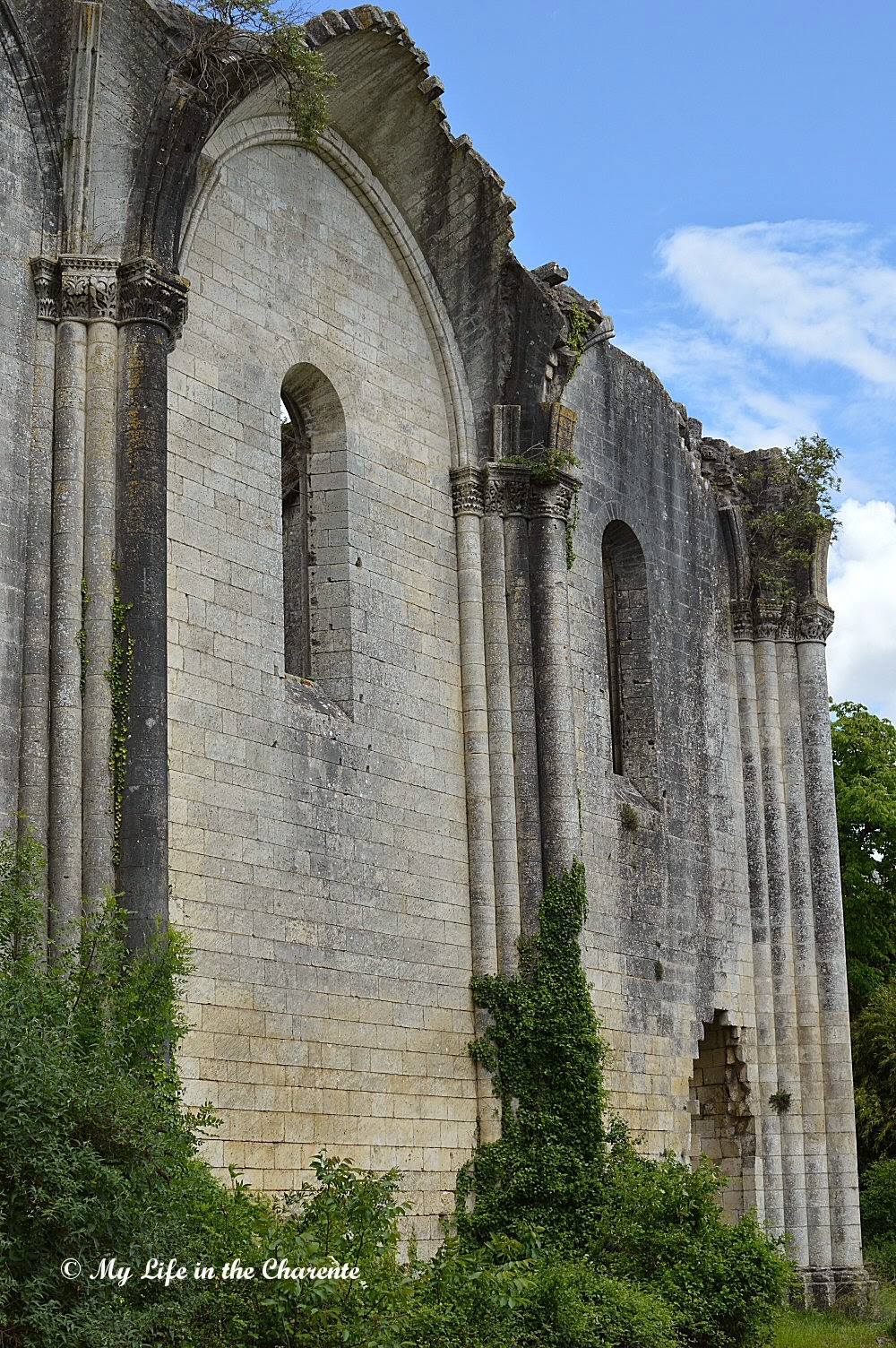 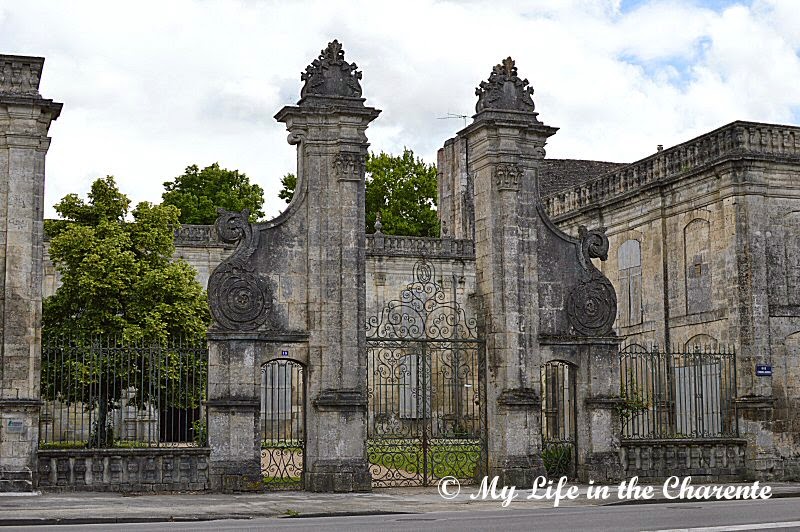 Magnificent  centuries-old abbey gateway, standing now adjacent to a suburban street in this mixed industrial, residential and rather surreal area. 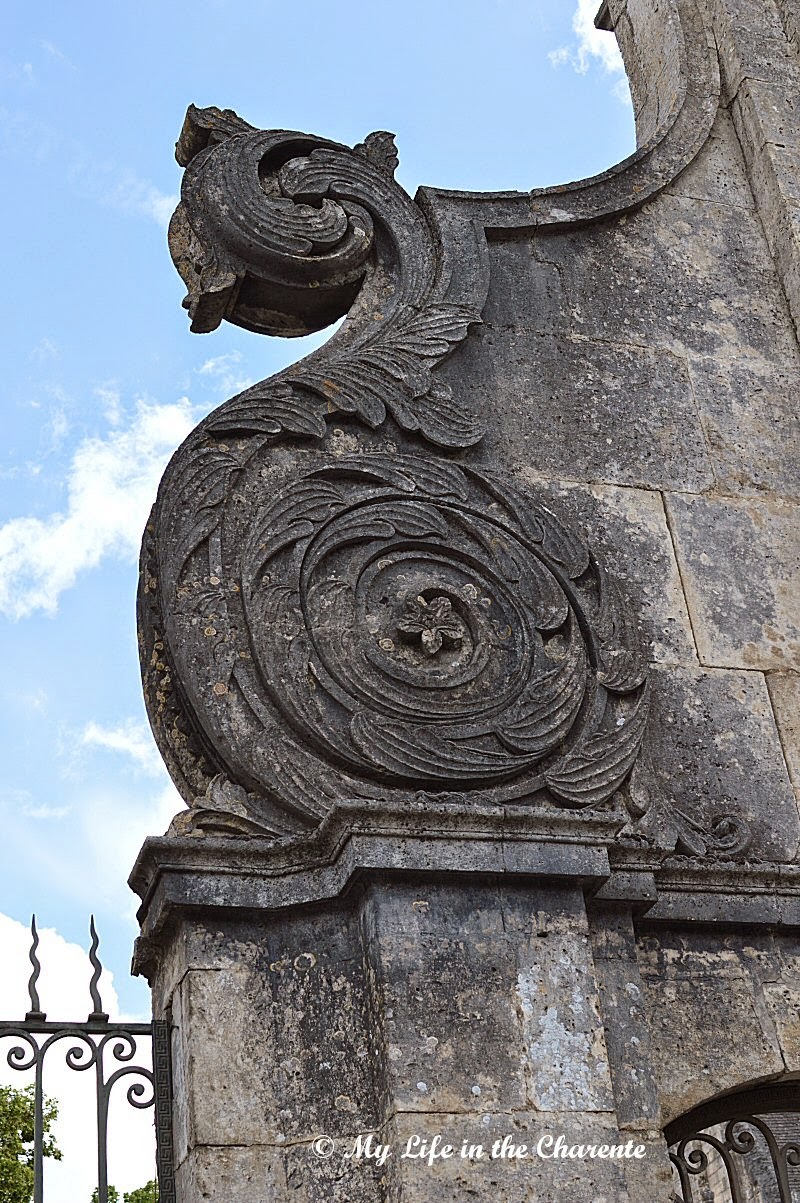 Masonry and carving detail, craftsmanship of the highest order........ 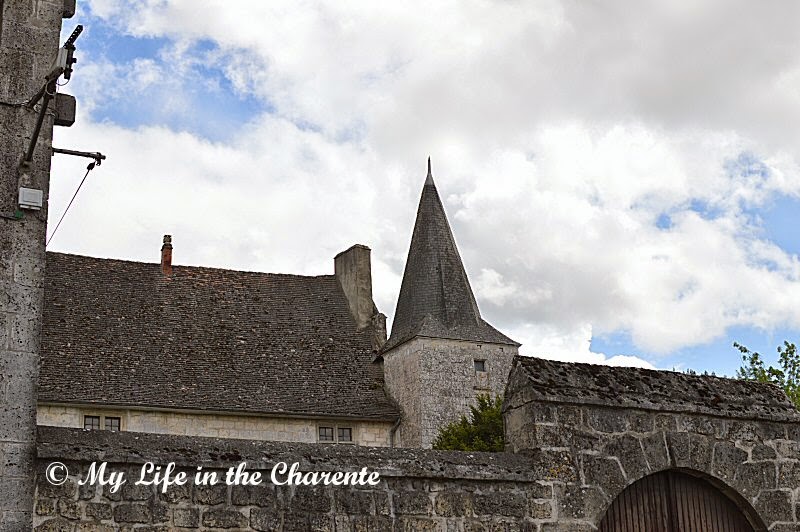 And now, the answer to the puzzle of the cement works! In 1928, Lafarge bought the building land for a new plant, but as a consequence of this, it also acquired the abbey, ending all the years of pillaging of stone by the local population. Since then, Lafarge has restored and looked after the building and the park. As part of its social responsibility programme, the company works with the local community to restore life to the abbey through cultural events and to provide the opportunity for the discovery of its historical heritage. So, without the deal between Lafarge and the authorities, there might well be nothing left for us to marvel at today!

Thanks to Nigel for all his research and writing the article to go with my photos.