On the same day that we went to Marthon, see here and here, we drove through Mazerolles,   sited near the top of one of the local ridges, at 330 metres (1000 feet) above sea level.
Whilst the town had a population of 1004 in the mid 1800’s, numbers have dropped enormously since then, and today, sadly, only about 328 residents occupy the town. A sign, perhaps, of the departure of  country people to seek work in the towns, over the last 150 years.
Driving past  the church, I noticed the door was open, so I thought it was good chance to take some photos. 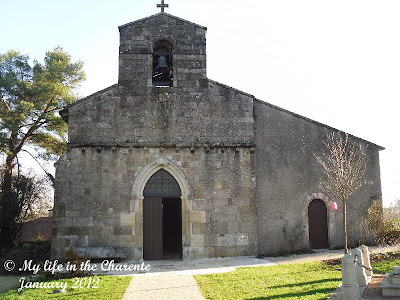 The Church of Our Lady of Mazerolles was built in granite in the twelfth century and restored in 1855. The section on the right has clearly been added after the original building was erected. 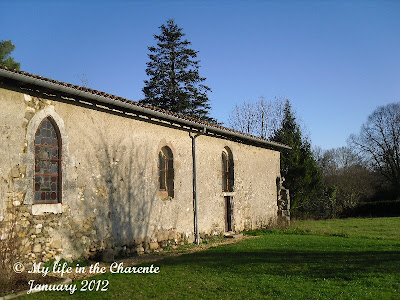 The side of the addition.  This provided a new altar, and further stained glass windows. 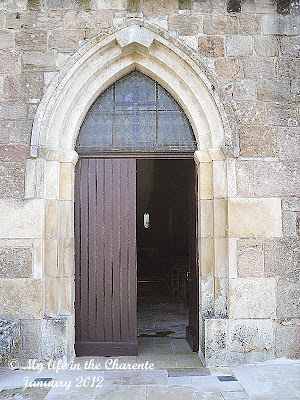 walking through the doorway 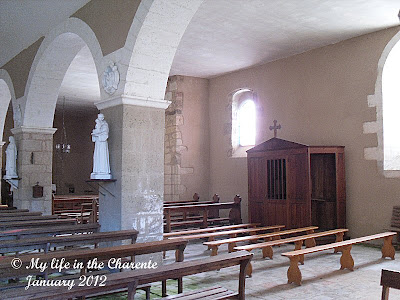 pews and confessional in the later addition 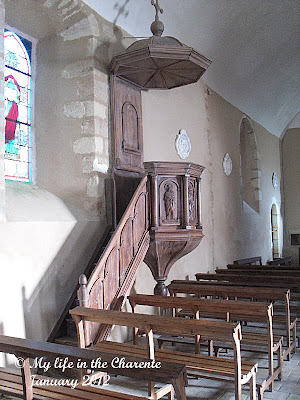 the beautifully worked pulpit in the original church 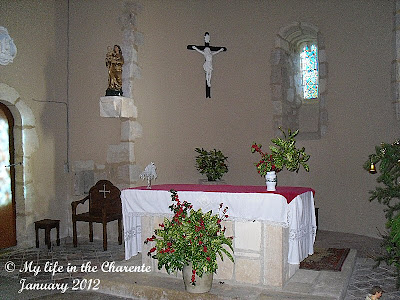 the altar in the original church 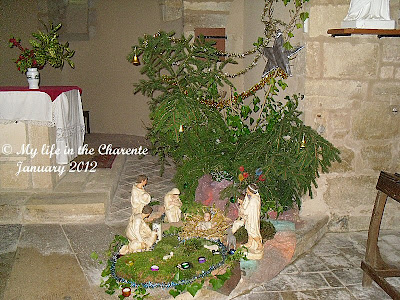 You can see we were here around Christmas time! 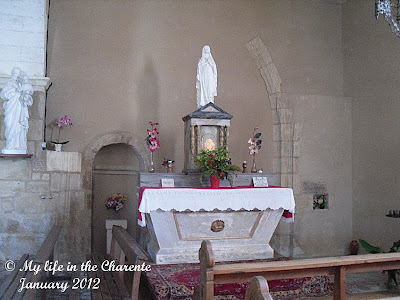 This is in the later addition. 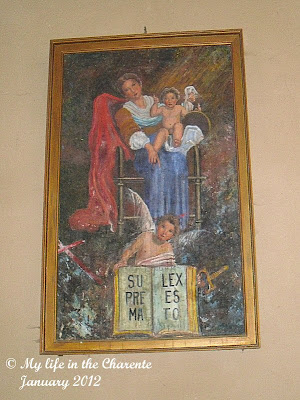 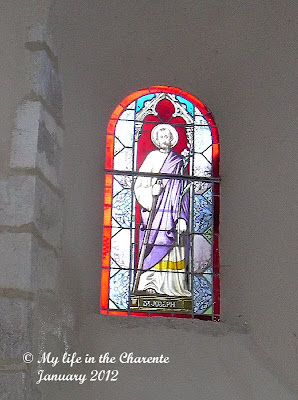 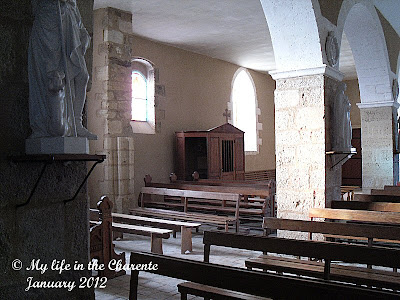 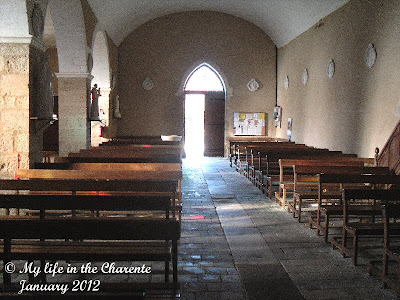 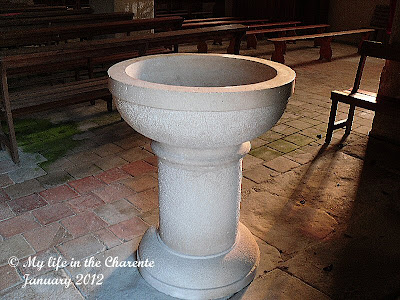 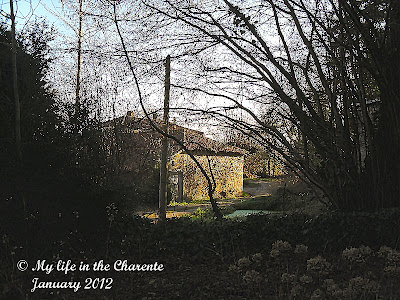 As I left the church, I noticed this house and barn hiding behind the trees. 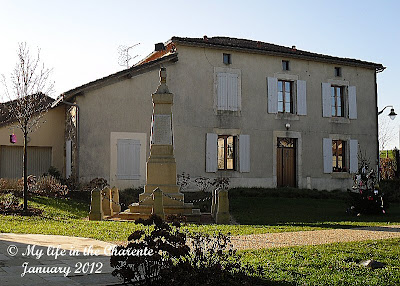 and directly opposite the church is the town hall with the war memorial in front of it.
Posted by Diane at 14:18