Round and About : 'Marthon' Part One

On Monday we had occasion to visit the small historic town of Marthon to do some business. We thought it was an interesting place, and with lots of photos taken, Nigel will help me write this up in two parts.


Situated near the border with neighbouring Dordogne, on the banks of the gently flowing (well, most of the time, I hope!) river Bandiat, it reportedly has a population of about 500, hardly different from the year 1793, when records appear to start! In the late 1800’s, the townspeople numbered in excess of 700, but where they all went, we  could not discover!


When we arrived we quickly found a small car-park; my first photo was of what I presume to be residential accommodation over some offices. Note the two pigeons in the pigeonnier! 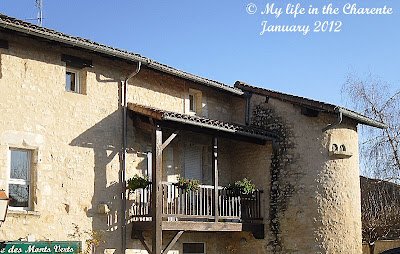 We walked under this old arch 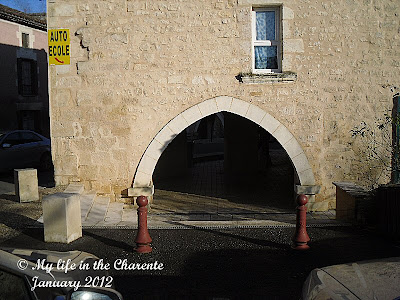 into the centre of the town, imaginatively called "Main Street" and the main road through the town.
As in most small French towns, a weekly market is held; here in Marthon in a small flagged ground level space under one of the ancient stone buildings in this street.
One can understand how little this place has changed over the last 600 years or so. Not much concession is made for the motor vehicle! We saw a large articulated lorry negotiating this street - it mostly filled the space you can see between the dotted parking lines on the left and the kerb on the right! 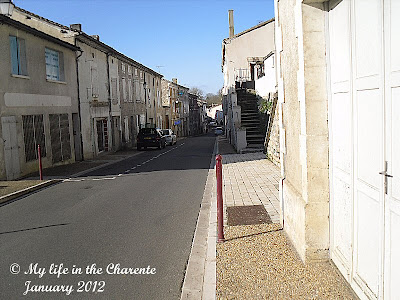 The few narrow streets in the town centre are dominated by the ruins of the Chateau de Marthon, a polygonal shaped castle built in the Middle Ages. In its time, it must have been a formidable structure, providing means of shelter for the local residents from attack by hostile forces. These were the days of the 100 Years War between England and France, when the English occupied and controlled vast swathes of the countryside in this area. Today, only the castle keep and a few other bits of wall  remain, as you can see in the following pictures. This fragile tower is set high and clearly visible from  all around. It was reduced in height by 1 metre in 1960, presumably for safety reasons, as it is now looking rather wobbly! 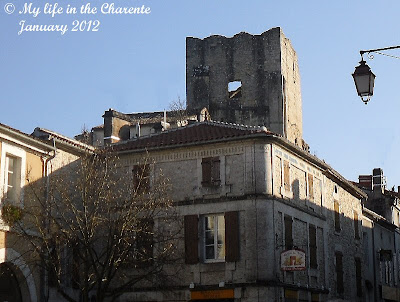 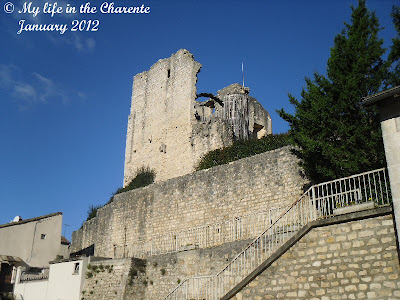 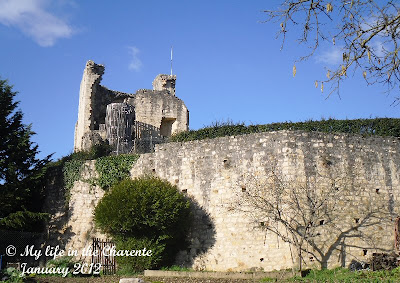 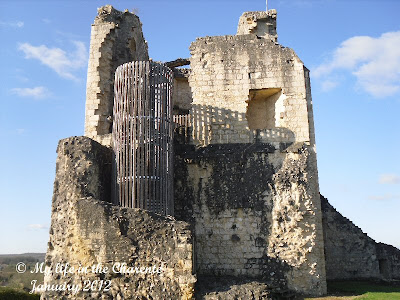 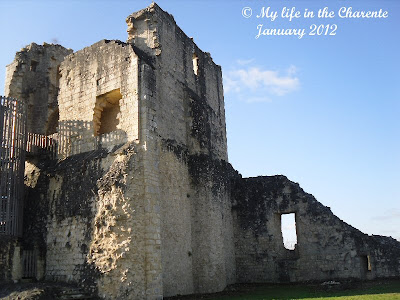 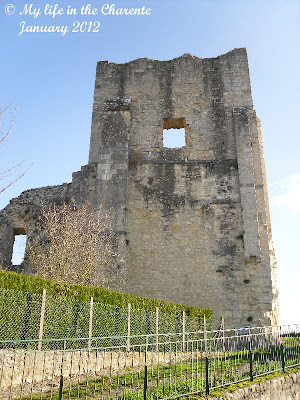 This cave was under the castle; it looked pretty empty and I was not brave enough to go under the building to look closer! 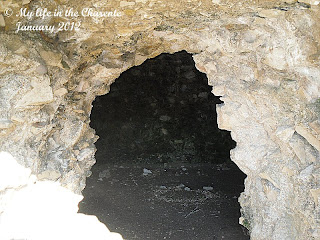 The view from the castle with the church in the distance - centre of photo, just above the wall 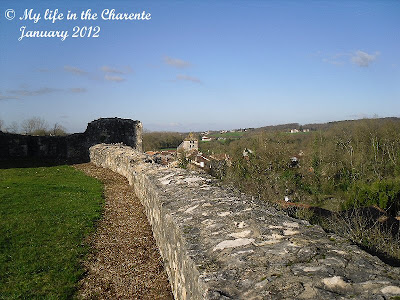 The river Bandiat running through the trees, with another small village and farm land in the background 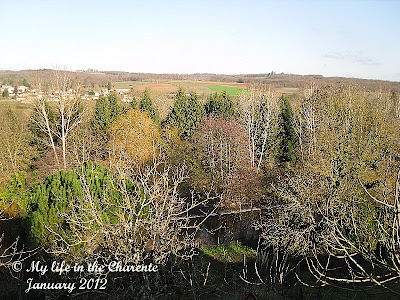 The local hotel and restaurant - lunch (generally 5 courses) for 11 euro! 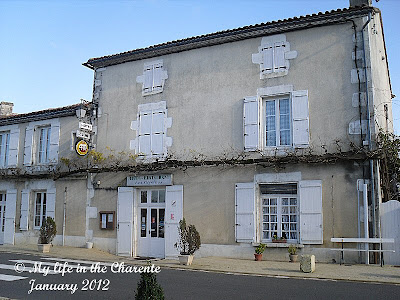 Hope that you enjoyed the first part of this walk about; the photos of the church and the river will be in part two.
Posted by Diane at 17:21

Labels: Charente, Marthon, Round and About
Location: Marthon, France