It was on 8 February 2010 when I became motivated to write a formal blog.  I originally started a version for family and friends two years earlier, so they could see progress made with the restoration of the house we bought in 2005.  I have spent the last 6 summers in France, doing what work I could, in both the house and the garden, while Nigel worked in the UK to pay for it all !  Due to company takeovers and mismanagement, Nigel became fed up with his  working life, so, in October 2011, he  decided to walk away.  By the end of the year, we had moved lock, stock and barrel to France and retirement.  Our house in the UK was on the market then, but I am happy to say that in the last week, contracts were exchanged and we are thankfully no longer UK homeowners!
But back to the blog - it has been two years of fun, and meeting people  through blogging; I have had the pleasure of many personal contacts.  The family and friends for whom the blog was originally started, are few, but I now have officially 188 followers and 'new' friends from all over the world.  I would never have believed when I started out, that so many people would be the slightest bit interested in what I was doing. Obviously I was wrong, and I would like to thank all those who follow my blog, leave such kind comments,  and those who are interested enough to ask me questions.  I try to vary my posts  between local tours,  home, garden and cookery, so I hope that there is something interesting for  most tastes.
I have to admit that I sometimes find the blog time-consuming, but I have discovered that even if I take a break, everyone is always there waiting for me when I return! Thanks for your confidence and support.  When either of us have not been well, I have had both comments and personal emails full of concern; it really is appreciated.
It has been a great two years, thank you everyone.  I will finish off with a few of my photos of our house and garden, taken over the past years .  For those who have joined my blog more recently you can read a little more about me HERE 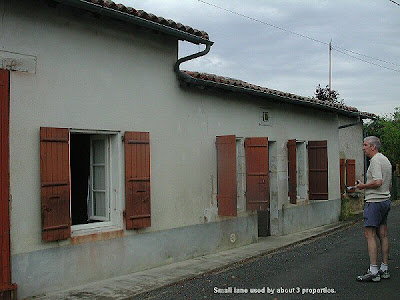 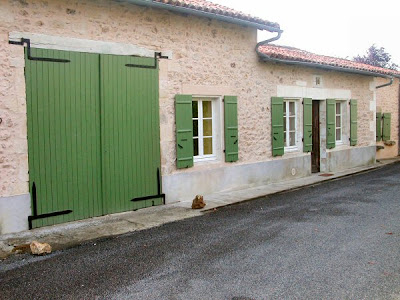 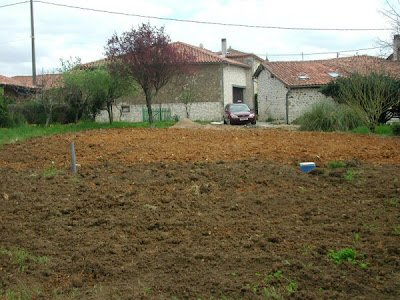 The garden after the septic tank had been put in 2006! I might add this was mostly clay from the excavation, which, with a lot of stone, we had to remove. 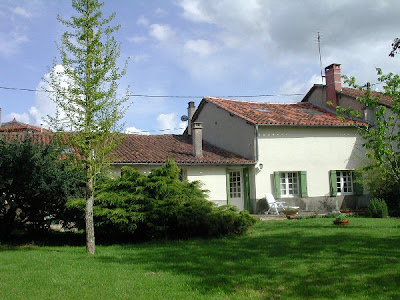 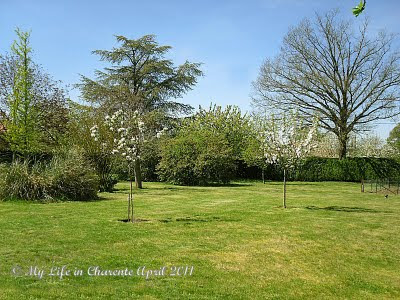 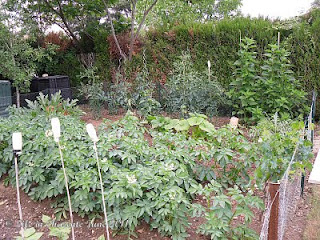 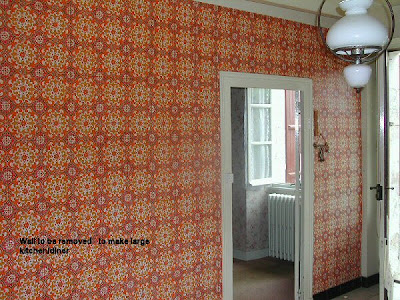 This wall was between the kitchen and a bedroom! We knocked it down to make a big kitchen/diner! 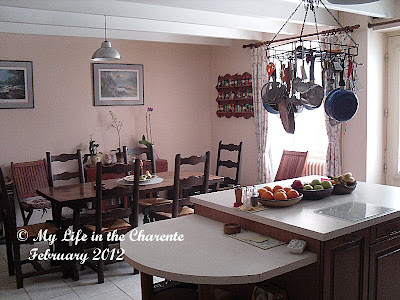 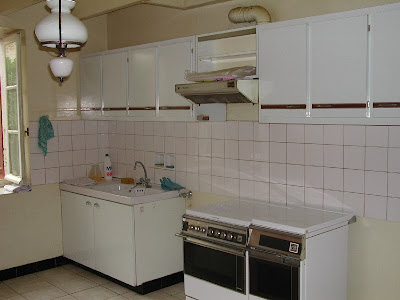 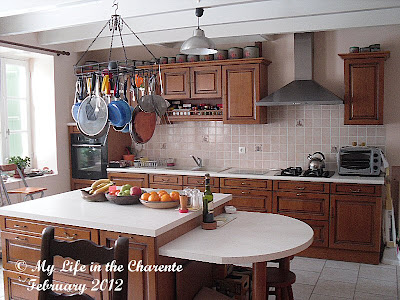 The kitchen as it is now 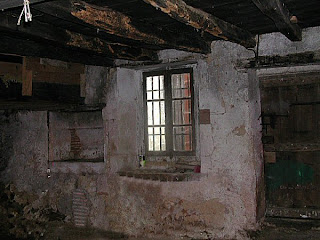 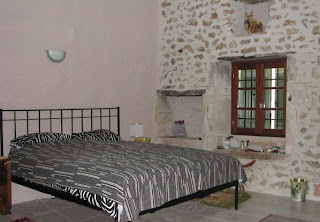 and the change to now! The little doorway is still there, but with a new glass door. We have tried to keep everything as original as possible. The hole in the wall to the left of the window is the old oven, (our house originally housed 3 families).  The window sill is in fact one large stone with a dip in it, originally a wash basin.
I hope you have enjoyed seeing a few "before and after" photos of our home in France.   Once again thank you all so much for not only reading my blog, and passing comments, but for many of you that have become friends as well; I am truly honoured.
Photos taken 5 February after waking up to a blanket of snow. 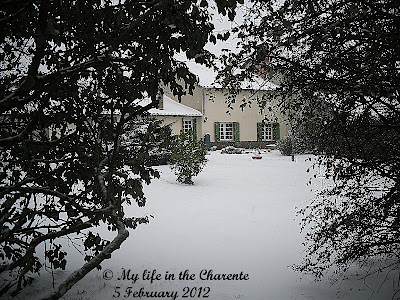 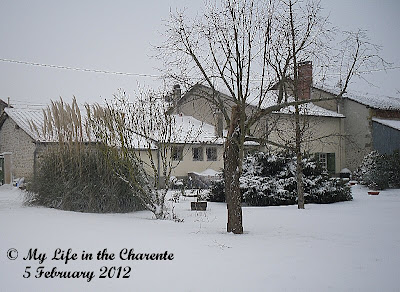 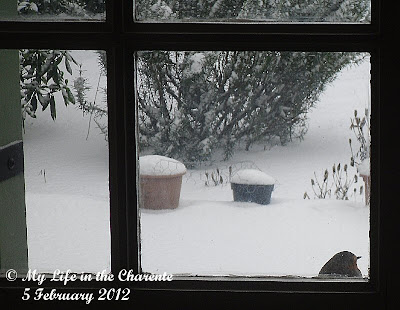 and the robin peering through the window

while the sparrows and chaffinches gather under the feeder.
Posted by Diane at 17:16