Round and About : 'Marthon' Part Two

For Marthon Part one see here.

Looking down from the hill where the castle keep still stands, one can clearly see the River Bandiat running through the valley below and between the streets of the town.  The Bandiat is a small (and quite short) river, only 91 km long and is a tributary of the Tardoire. The river bridge in the town has been restored fairly recently, as you can see below. 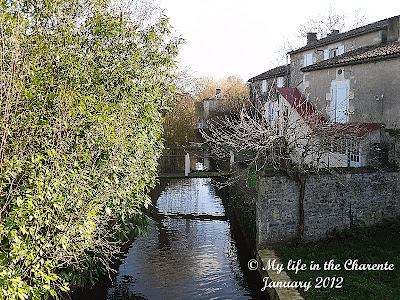 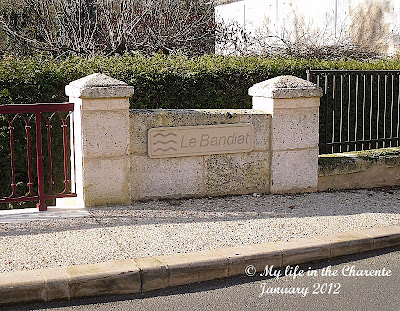 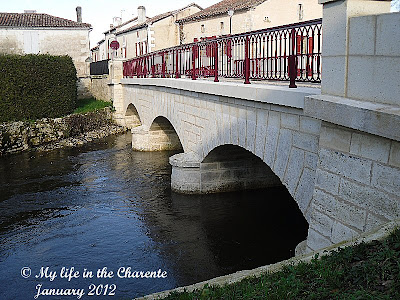 Quite near to the river is the building below.  The entrance doors look more appropriate to a religious building, but the structure itself  does not. On further investigation, I think this is the Chapelle-Porte (chapel-doorway), the gateway to the castle. This is a tall building which combines a chapel on the upper storey and the gateway to the castle below and was built into the defensive walls around the castle. See Here 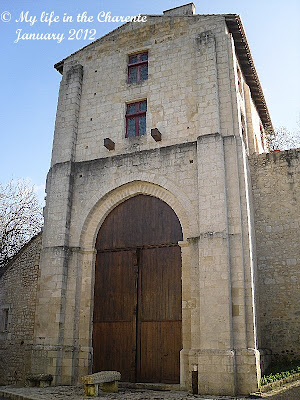 On the opposite side of the road and a little further on, is the Church of Saint Martin 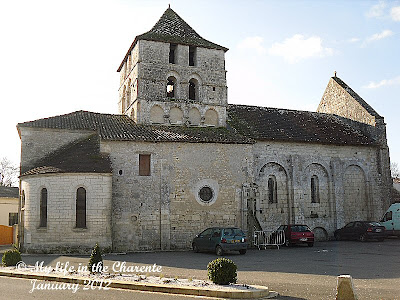 The roman style Church of Saint-Martin  on the edge of the town has seen better days, the stonework being badly cracked in some places and having temporary timber supports in others. It is unusual, in my limited experience here, to see a church in a rather neglected state; religious life does however go on here regularly, judging by a paper list of services pinned up near the entrance. It does have some attractive features;  the photo above shows the belltower with its arched openings. The photo below shows two more -  the statue in a niche above the entrance and the unusual arch inset in the walls at ground level - this is called an 'enfeu' and is a tomb, likely to be that of a local dignitary, who would have been originally buried in the church wall itself. 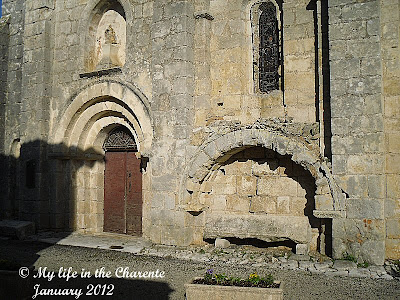 Sadly the church door was locked, so we were unable to see what the inside looked like! Below is a modern plastic sign in French and English, highlighting the features of the building. 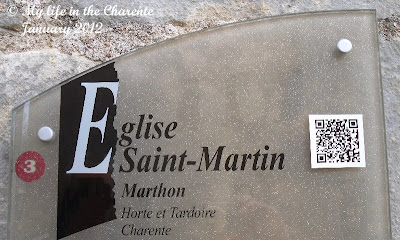 As always click on the photo to see it larger and read the writing.
This rear church wall appeared to have small openings which had been filled in over the years, but the one on the far right was in fact a very small stained glass window - see below. In other places, the stone has decayed and crumbled. 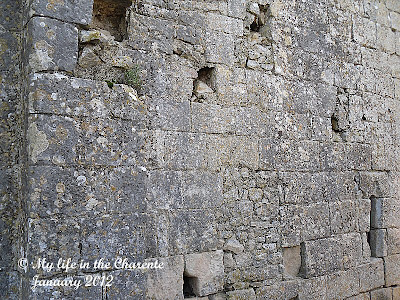 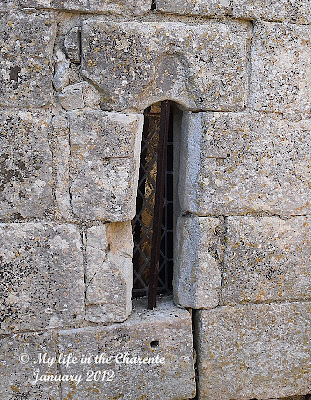 This house below was opposite the church, across a small lane. I just liked it as I thought that  the owners had done a fantastic job of restoration; I loved the well in the garden. 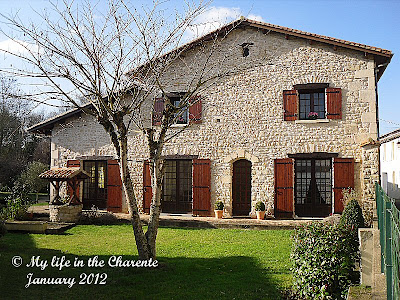 Here endeth the Tour of Marthon, but on the same day we also visited Mazerolles and there the church was open, so watch this space.
Posted by Diane at 17:30

Labels: Charente, Church, Marthon, Round and About
Location: Marthon, France