For those of you who follow me regularly, you will know that I had a winning streak at the beginning of this year and in a matter of a few days, I was the lucky recipient of three awards from fellow bloggers.  My first win was two cook books, courtesy of Linda from My Type of Cooking, but due to her very busy schedule, they were only posted later; they arrived just after I had left for France, but Nigel brought them over with him on the plane when he came over yesterday for a short holiday.
I am absolutely delighted with the books and the recipes are so simple that my mind is already  in overdrive!!  I had suggested that Nigel went on a cookery course, when he eventually moves here to France.  I had already decided that  with both of us retired, the kitchen was going to be shared between us........   Now having seen these two books, the recipes are so simple, and so clear, maybe the cookery course starts with these books.  I say that Nigel needs to go on a cookery course, but I might add that when he puts his mind to it, he can in fact cook a fantastic Boeuf Bourguignon.  One problem though, it takes a huge amount of time and there seems to be much more washing up than when I get in the kitchen! Nigel says it is a complicated Robert Carrier recipe, and RC obviously had a large staff to do his washing up! 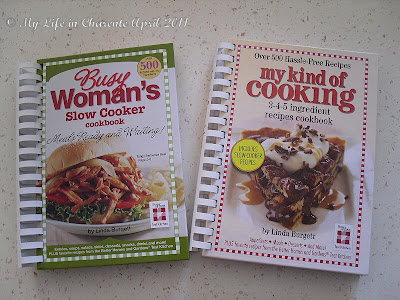 These are the two books that Linda sent to me and they are her two latest publications.
In Linda's own words, "I write cookbooks. Which means I eat, breathe, and dream about food! I love to create recipes that are quick and easy, using just a few ingredients."
She also has a popular cooking segment in the States, on the Passion Radio Network, called “Fast Food Fridays” and she co-hosts an afternoon drive-time show with her husband called "The Cross Connection" 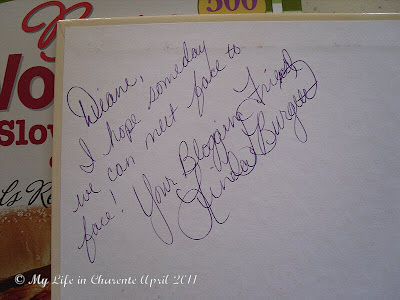 Linda. I certainly hope so. 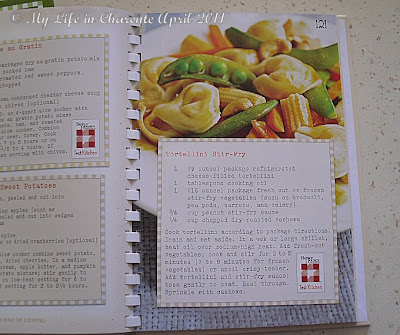 Two recipes that took my eye on a first quick look 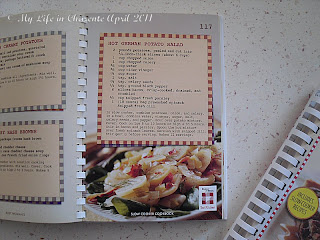 If you are even remotely interested in cooking and you have not seen Linda's blog My Kind of Cooking, I suggest that you go along and take a look at her fantastic recipes and great tips.
Thank you so much Linda, for drawing my name to win this fantastic prize; I will treasure both books and I really appreciate them.
Posted by Diane at 17:31