My friends from Ireland (D and D) also visited the the Gallo Roman remains at Chassenon. The ancient name of this village was Cassinomagus.

Situated on the Agrippan Way (Lyon – Saintes), Cassinomagus was, in Roman times, important enough to be mentioned on the medieval Peutinger map as one of the two secondary towns between Limoges and Saintes (probably 80 miles apart). The remains of this Gallo-Roman town lay on about 300 hectares and include a sanctuary of about 25 hectares. This sanctuary consisted of several monuments: a big temple, two small ones, a theatre (amphitheatre?), and thermal baths. The baths, which are very well preserved, can be visited. http://en.wikipedia.org/wiki/Chassenon

The well-signposted route des Lemovices - a road used by the Romans to carry wine and salt from the Atlantic coast as far as Rome - is an ideal thread to follow, if you want to discover the region's past. Cutting across countryside dotted with the stony tussocks of crumbled bridges, this ancient highway was an important economic axis during the second Century. How are the mighty fallen! These days, the well preserved theatre and Roman baths at Chassenon are all that remain of the large and prosperous Empire, which once lorded it over this area.

The Thermes de Chassenon is the site of Gallo-Roman remains including a forum, theatre and thermal baths. Many mosaics have been excavated and preserved and the site is thought to have been both a religious and curative centre.  It was only discovered in 1958.

These are photos that I took in 2007, and a few more in 2009. D and D said that there are still more and more new areas being opened up, and the site gets bigger by the day. I was of course painting gates, so missed the visit this year but I must return within the next couple of years and update the 'photo album'. 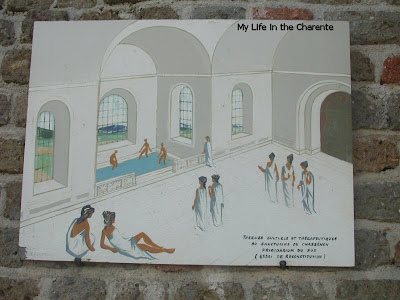 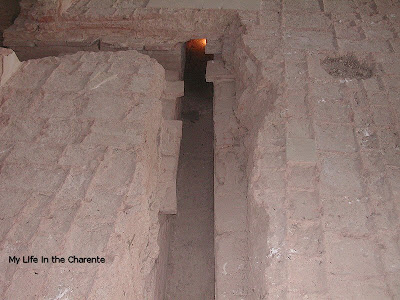 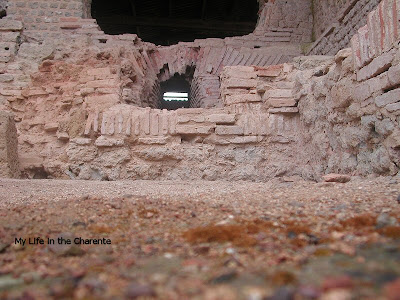 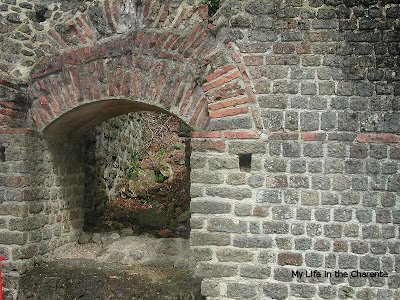 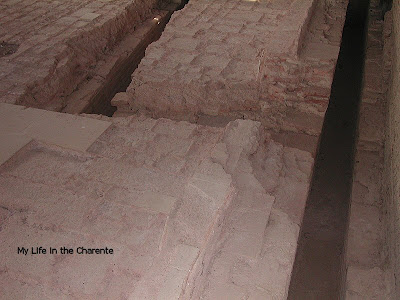 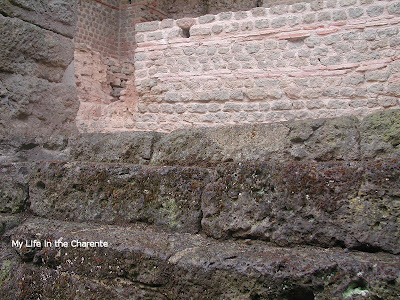 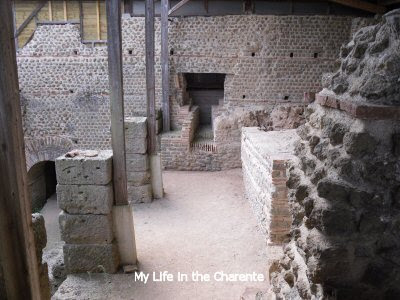 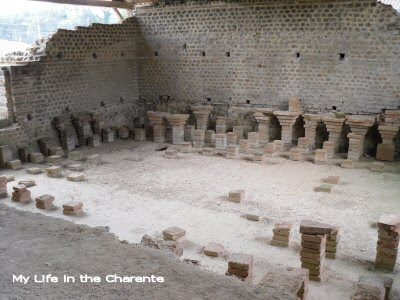 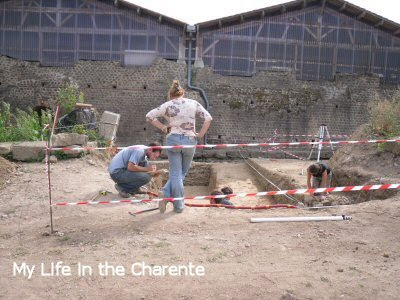 The site staff offer multi-lingual guided tours and Cassinomagus is open all year.  The French government, to their great credit, are putting a lot of effort (and Euro, presumably!) into these wonderfully preserved remains and it is well worth a visit. There are still massive archaeological investigations going on  and in my opinion as a native of Bath, the famous Roman spa town in England, this is, in its own way, every bit as good.
Posted by Diane at 22:14

Labels: Chassenon, Round and About