The pampas grass seems to have appeared from nowhere!  A few days ago, there was no sign of it and now we have these wonderful silvery heads blowing in the wind. 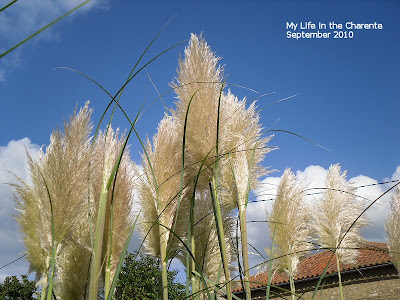 The cornflowers have just kept flowering right through the year and have been a constant splash of blue. 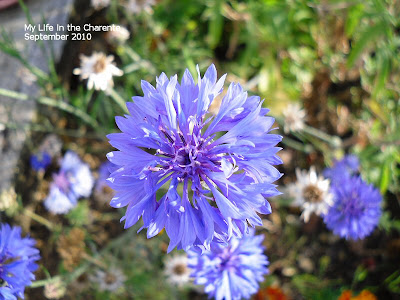 The marigolds, which have never been one of my favourites, were planted because I am told they help to keep bugs way from the vegetables.  I have to say they have been very colourful and maybe, just maybe, that is why I have had so few pests in the vegetable garden this year!! 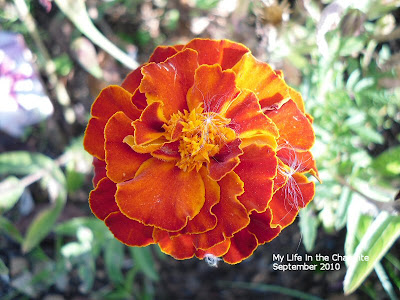 These yellow daises which are flowering very well, are from the cheap packet of mixed seeds I bought early in the year, as mentioned several time in the past!! 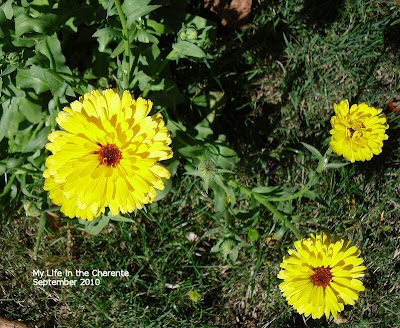 I think this is a Sedum which is just coming into flower; I brought a small piece from the UK and it is now growing really well. 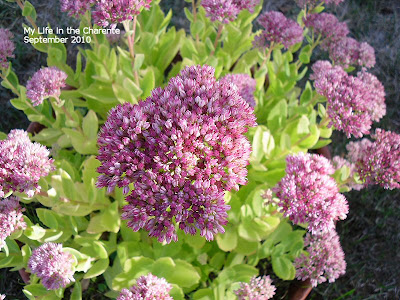 Rose hips which are giving lots of colour to one of the shrubs where it intermingles in other growth. 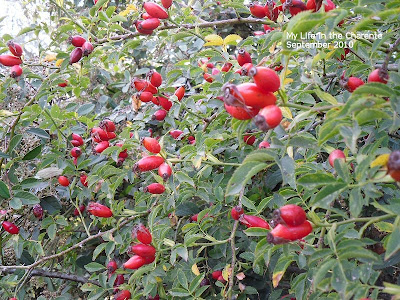 Yum, Yum, the figs are just delicious and I have plenty of fig jam to take back to the UK for winter. 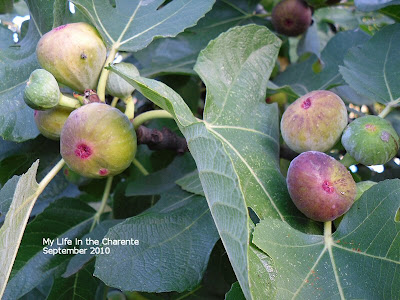 The medlar fruits; sadly we will not be here when they are ready, as they need a first frost before picking. 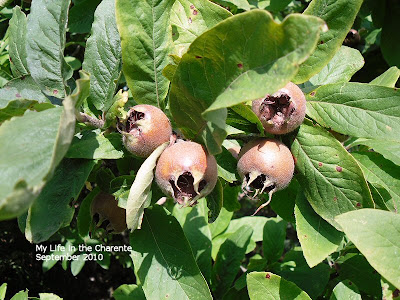 Medlar fruit are very hard and acidic. They become edible after being softened ("bletted") by frost, or naturally in storage, given sufficient time. Once softening begins, the skin rapidly takes a wrinkled texture and turns dark brown, and the inside reduces to a consistency and flavour reminiscent of apple sauce. They can then be eaten raw, often consumed with cheese as a dessert, although they are also used to make medlar jelly and wine. Another dish is "medlar cheese", which is similar to lemon curd, being made with the fruit pulp, eggs, and butter. http://en.wikipedia.org/wiki/Mespilus
﻿
Posted by Diane at 16:49