I have to say I was very relieved to find two cats when I went to David's house yesterday. There is just nothing worse than losing somebody else's animals when you are looking after them!  After three visits on the first day and seeing only one cat, (the same one), I have to admit to being more than a little worried.  Anyway the guilty party was there yesterday morning looking at me with his big blue, innocent eyes and I am quite sure laughing at me.  Just look at this beautiful face. 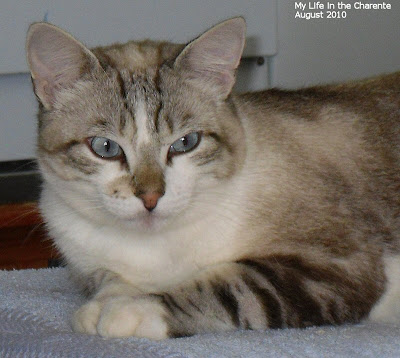 Meanwhile the other one, who had not deserted me yesterday, was rolling around outside asking me to please go and play. 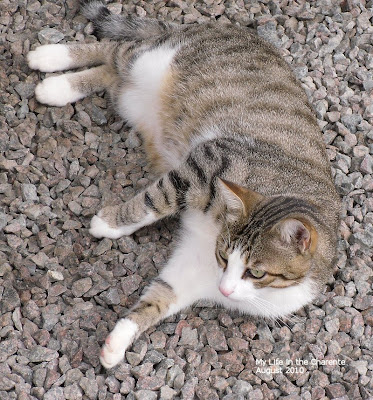 All's well at the moment and I hope it remains this way until David and family return from their holiday.  The cats are very similar, but the top one is lighter in colour while the darker one below has a little more white on its face.  They were deserted by their wild cat mother while their eyes were still closed and David's wife brought them up with the help of a doll's baby bottle.  With those blue eyes, there has to be a siamese involved somewhere.
Meanwhile after all the tree removal in the garden over the last week, I see that the very cheap packet of mixed seeds I bought is still producing surprises. 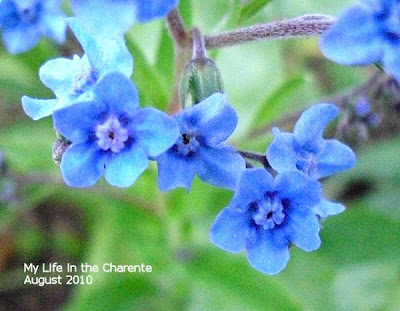 Please don't ask me what these pretty blue flowers are, I have no idea! 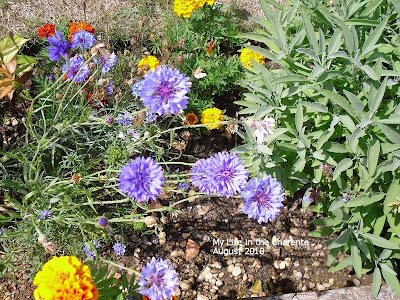 Cornflowers and marigolds with sage on the right. 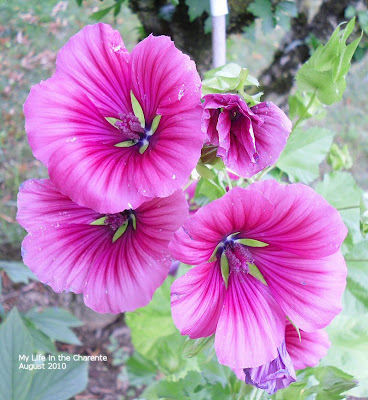 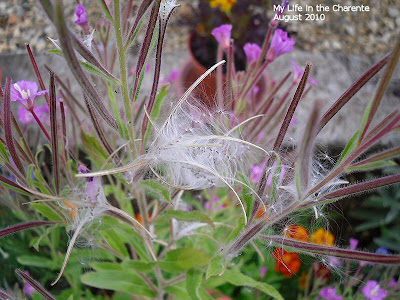 This small purple flower has these silvery seeds appearing.  Whatever it is, I hope that the seeds will grow next year as it has been very colourful for several months. See below. 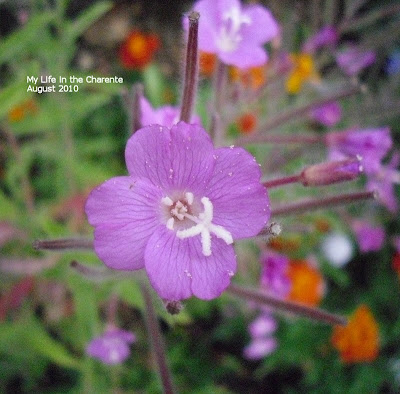 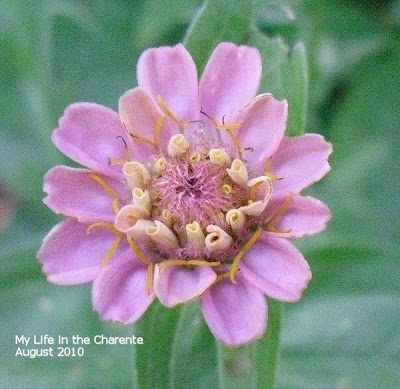 This tiny zinnia has just appeared. 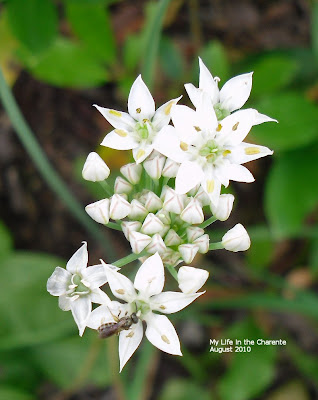 Garlic chives - not from the mixed packet - but I am hoping they will seed and produce more plants next year.  They have been very slow growing and I would like a lot more. Note the 'bug' on the bottom flower. 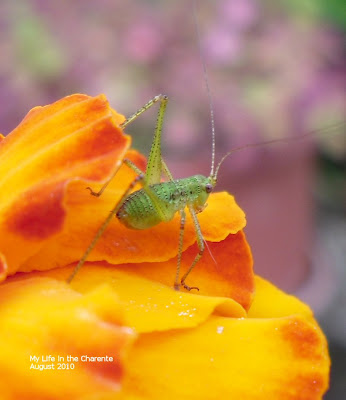 This minute little grasshopper, sitting on a marigold petal, was only about 6mm (1/4 inch) long in the body. 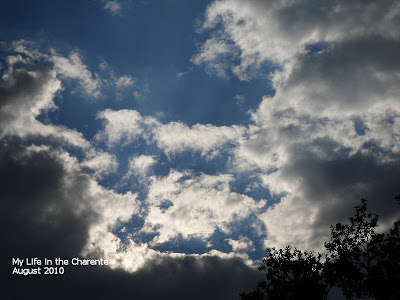 Last night's clouds - I am sure that is a scorpion fish swimming in the centre:-)
Perhaps you can see something more interesting?
Posted by Diane at 10:29