Around the Garden and TDF - Part 99 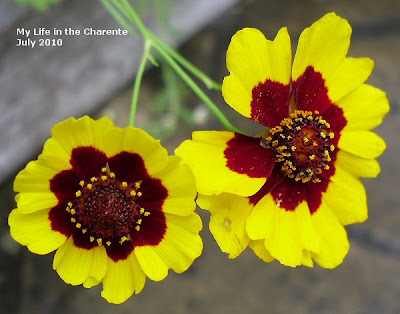 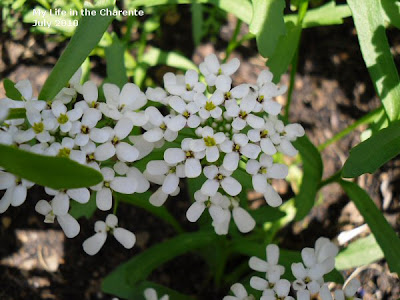 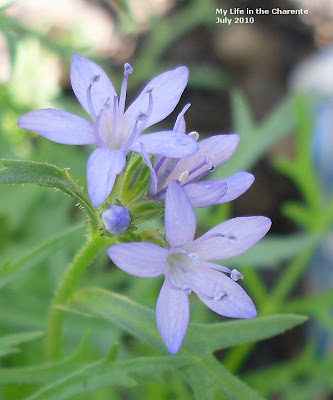 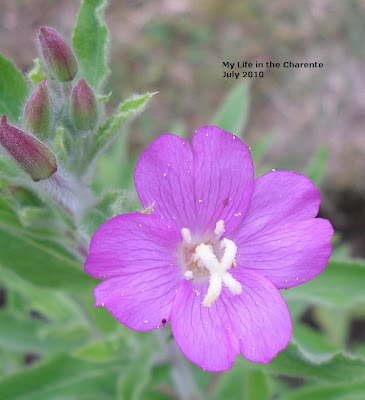 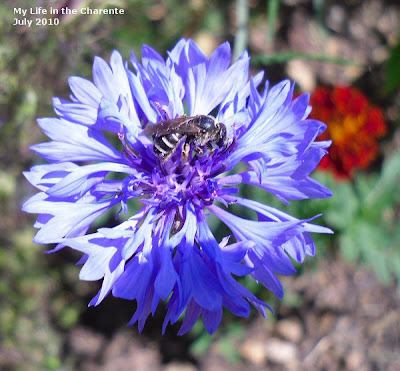 Note the insect on the cornflower.
The five pictures above are all flowers grown from a 26 centime packet of mixed seeds - good value, eh!!. 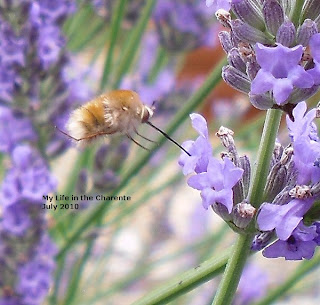 This bee like insect had a proboscis similar to the humming bird hawk moth and hovered in similar fashion on the lavender. 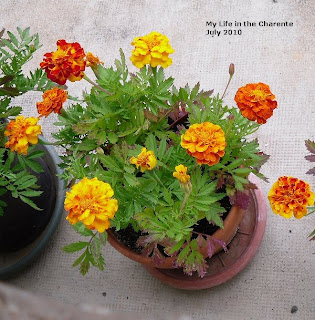 Marigolds by the front door. 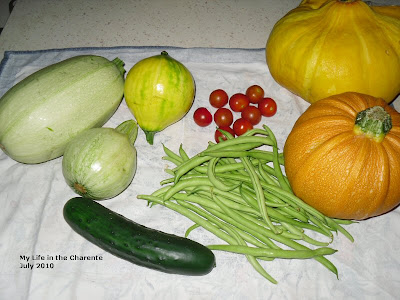 and yesterday's harvest from the vegetable garden.

What an amazing climb up the Col du Tourmalet, Andy Schleck tried every trick in the book to extend his lead on Contador, but the latter simply sat on Schleck’s wheel.  He tried once to jump past Schleck, but the latter was having none of it.  Andy Schleck is clearly the best young rider in the Tour and is likely to keep the white jersey (for the third year running). He has won his second stage this year and is only eight seconds behind the overall leader, but the yellow jersey will stay on the shoulders of his main rival, Alberto Contador.
The stage positions were as follows:
1. Andy Schleck (Sax)
2. Alberto Contador (AST)
3. Joaquin Rodriguez Oliver (KAT)
Overall positions:
1. Alberto Contador (AST)
2. Andy Schleck (Sax) (00' 08')
3. Samuel Sanchez (EUS) Spain (03'32')
Stage 18 - Salies-de-Béarn - Bordeaux 198 km Friday 23 July

This was a fairly flat day and ideal for the sprinters. Cavendish hit the turbo button at just the right moment, and was an easy winner over the line. He has taken his fourth victory this year and his 14th from four starts in the Tour.

The overall position remains the same. Tomorrow's 52km time trial (the penultimate stage) will really decide the  Tour winner, before the riders head to Paris for the final stage and sprint on the Champs Elysees on Sunday.