The Gallo-Roman "théâtre Les Bouchauds" is located near Saintes, in the small municipality of Saint-Cybardeaux in the Charente. We happened to see the sign while we were out driving one day and decided to explore! The construction of this amphitheatre began in the first century AD and overlooks the Via Agrippa, a very important Roman road  nearly 600 km long from west to east across France, between Saintes and Lyon. This road is one of the four major highways built by Agrippa, a Roman general charged by the Emperor Augustus to bring some order to the Gaul empire, which the Romans had conquered. Engineering on a massive scale! 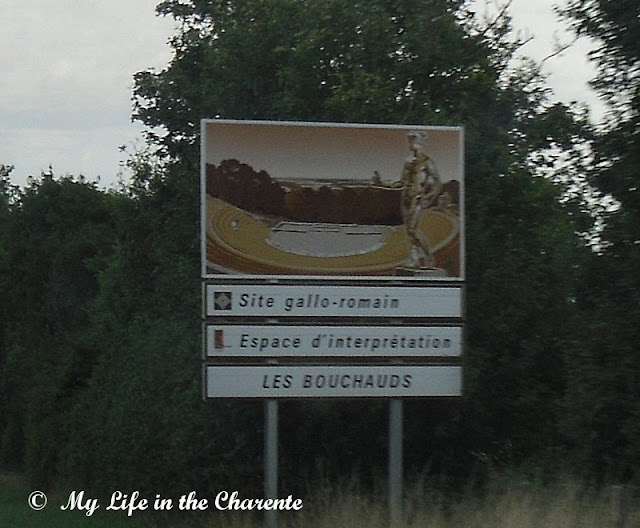 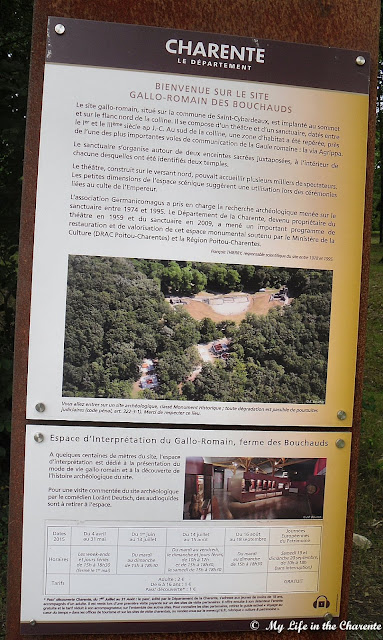 The French are very good at preserving historical remains and putting up signage to explain to visitors the purpose of what they see in front of them. This sign gives an overview of the site, which consists of two sacred circles of stone, each containing two small temples, plus a huge amphitheatre, scooped out of the top of the hill, next to them. The sign also gives details of the visitor centre based in a farm just up the road, but as is the custom in France, it's closed from 12h00 to 15h00, so we weren't able to see it! 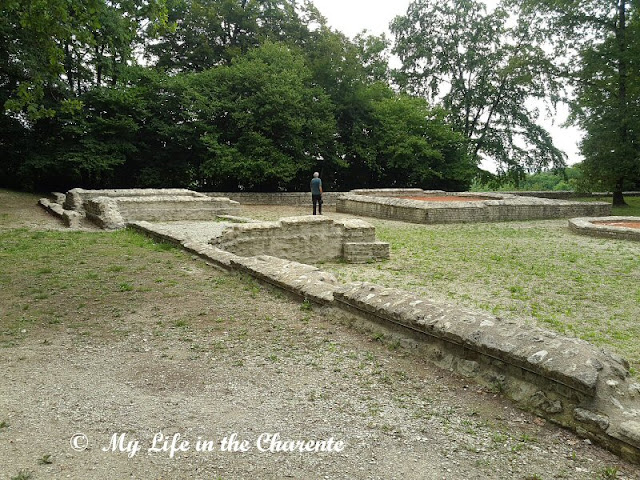 The smaller of the two stone circles, with the outlines of the two temples visible. 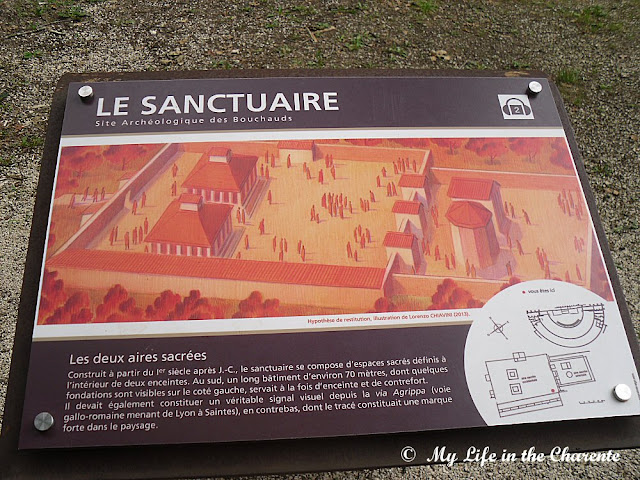 An artist's impression of what the site might have looked like when in use. It would have formed a very prominent statement in the landscape and been most visible to travellers on the Agrippan way below. 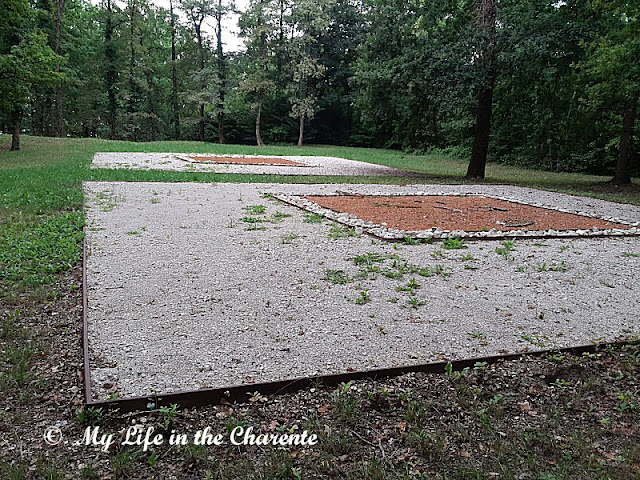 Foundations of the two larger stone temples in the other stone circle, visualised in the sign below. Each temple comprised a central room (the red brick), accessible only to servants of the Emperor, with a colonnade (gravel) all round, which was used for ritual ceremonies. 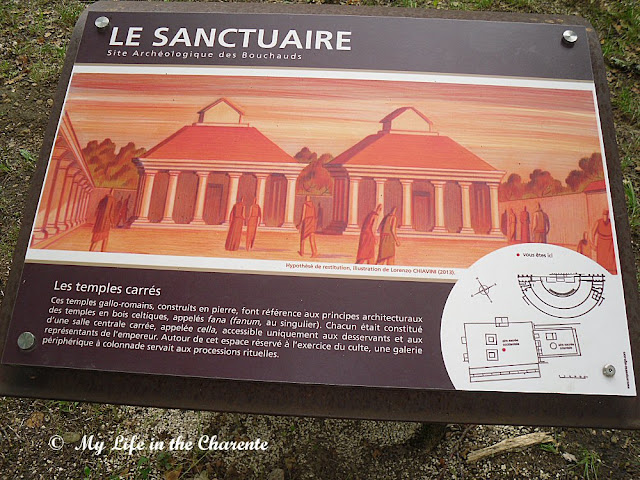 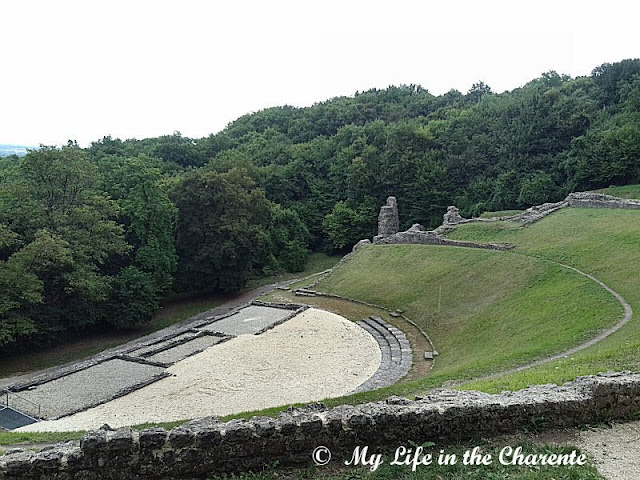 The amazing amphitreatre, seating about 7000 people, was one of the most imposing to be found in rural Gaul at that time. Lots of earth to move, but I assume that the Romans organised the local people to do all the shovelling! 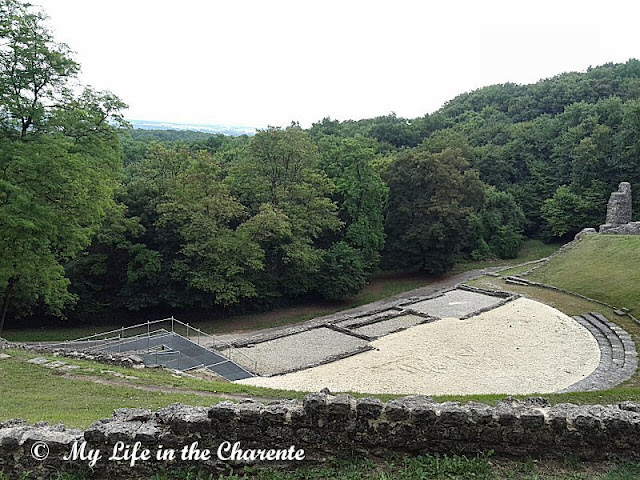 The arena and stage! 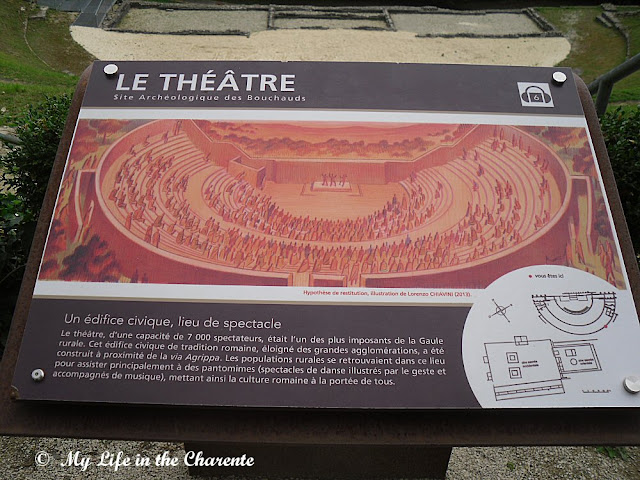 Yet another artist's impression! The amphitheatre was a gathering place for the local people to put on and spectate at events involving music and dance, (no lions here!) but promoting the Roman culture before anything else! 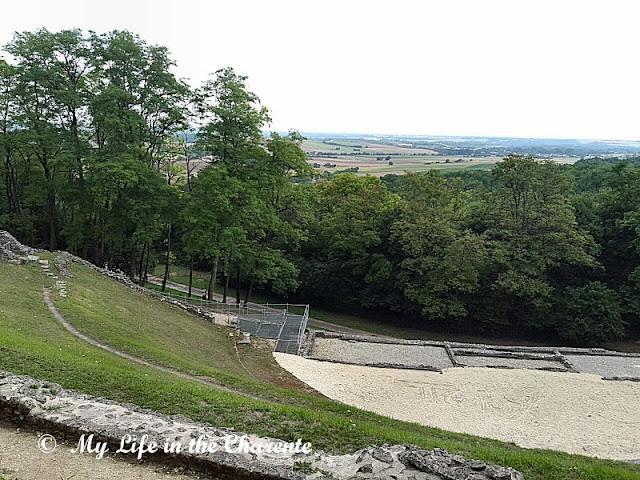 It's quite a significant hill and a huff and puff to climb up from the car park on the other side, but this is the reward - the fabulous view north across the countryside! The weather conditions were thin cloud and humid, hence the lack of blue sky! 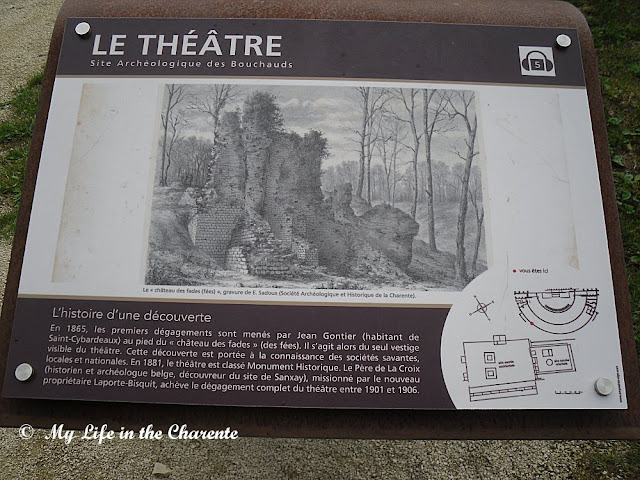 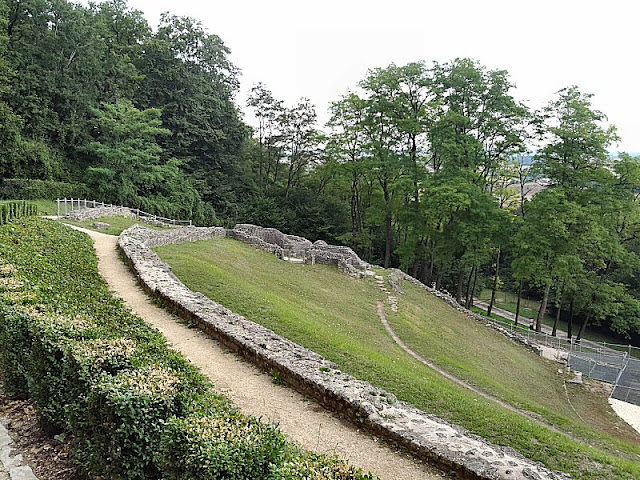 All that remains of the "fairy castle" today!

Thanks Nigel for your research and help once more.