The historic town of Troyes; part 3 - its cathedral and some sculptures

Close to the ancient city centre is the Cathedral dedicated to Saint Pierre and Saint Paul. This is the third such on or around this site. The first was built in the 5th century but destroyed by the invading Normans in the 9th. Around the year 1000, a second Romanesque style church was built, and in 1128 it witnessed the founding of the Order of Knights Templar, but less than 200 years later, this was badly damaged by fire. The early 13th century had brought in the Gothic style of church building and work commenced on one of the largest and most beautiful of France's churches. The building work went on for 400, yes 400 years, interrupted by the Hundred Years' War (1337-1453) and repairs necessary due to fire and storm damage. In 1634, the building work was stopped due to a lack of money, the second tower remaining unfinished to this day, as you can see below! 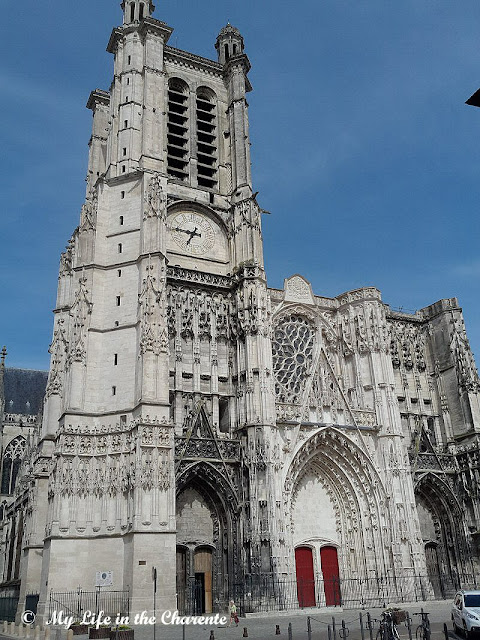 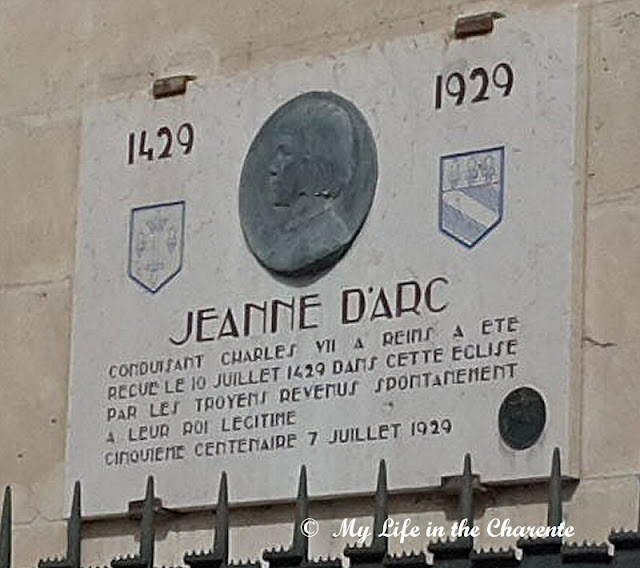 This plaque commemorates the day in July 1429 when Joan of Arc escorted the Dauphin (King's son) to mass in the cathedral, en route to proclaiming him Charles VII of France at Reims cathedral, in contravention of the Treaty of Troyes signed in 1420. This treaty was set up as a plot between Henry V of England and a French ally, Phillip of Burgundy to try to prevent the Dauphin from becoming French king (Charles VII) on the death of his father Charles VI, who was mad in any case! Henry has already married a French noblewoman in 1420 in order to try to stake his own claim to the French throne, so Joan of Arc had thwarted Henry's plans and he never achieved his desire to be king of England AND France, as many of his ancestors has been! 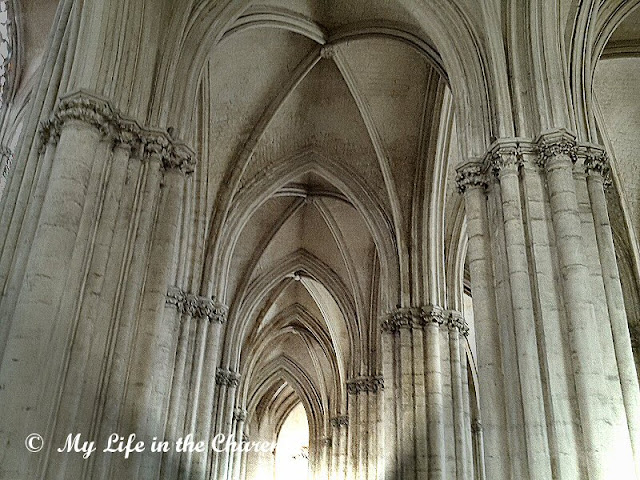 Towering columns supporting the stone vaulting of the roof. 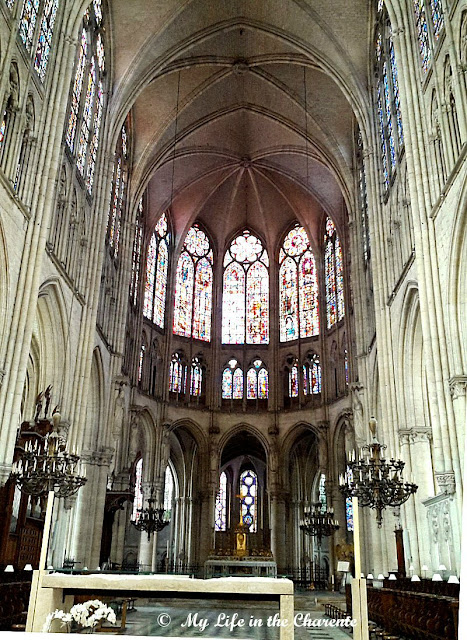 Altar and choir, built in the 12th century 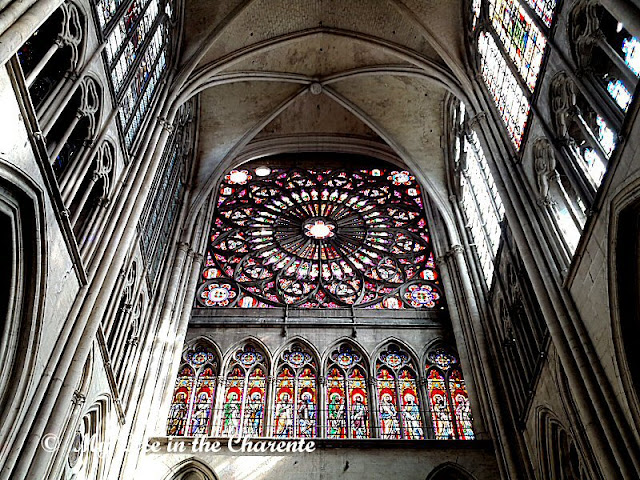 Rose window of the North Transept 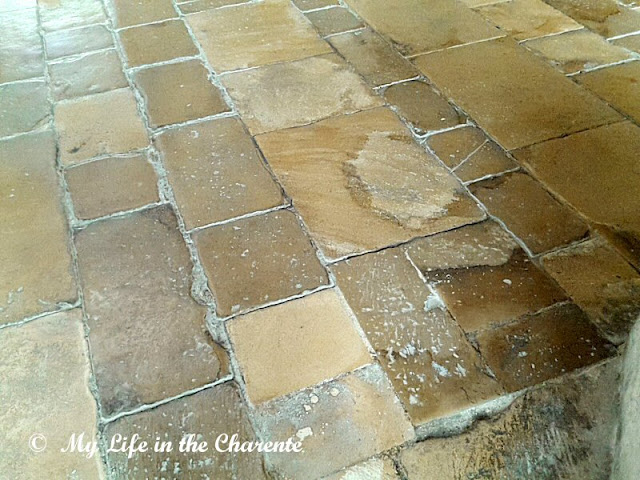 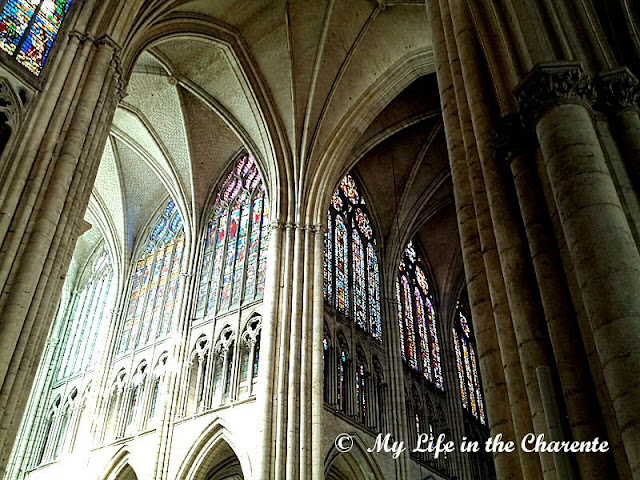 Spectacular stained glass windows in the nave and transept. 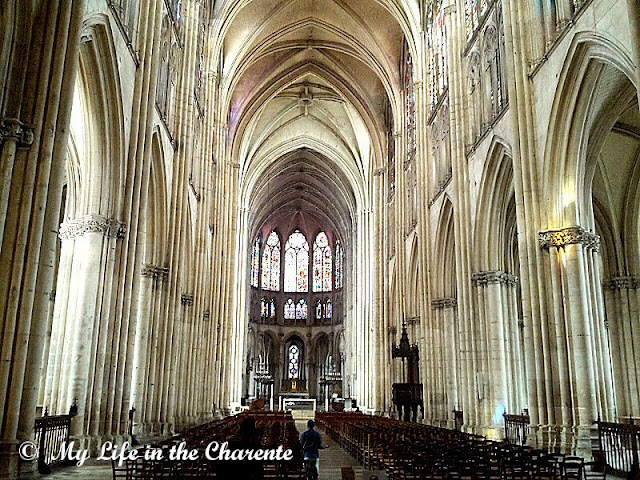 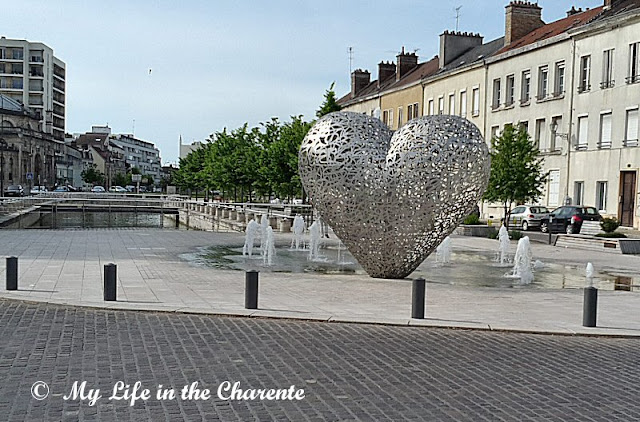 A permanent sculpture, entitled the Heart of Troyes, next to the Bassin, explained in the last part of this blog.

The following four sculptures are nearby, and somewhat controversial according to the local press. They are the work of Reynald Jenneret, a local artist and are in the so-called "retro-futurist" style. He says they are "tongue-in-cheek" and not to be taken seriously! If you don't like them, you will be pleased to hear they will be moved away in November! 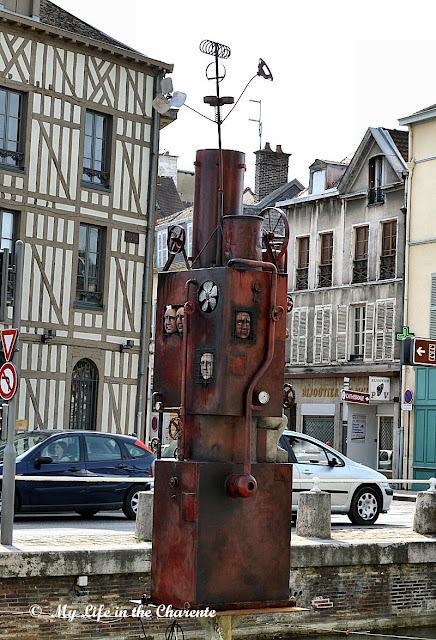 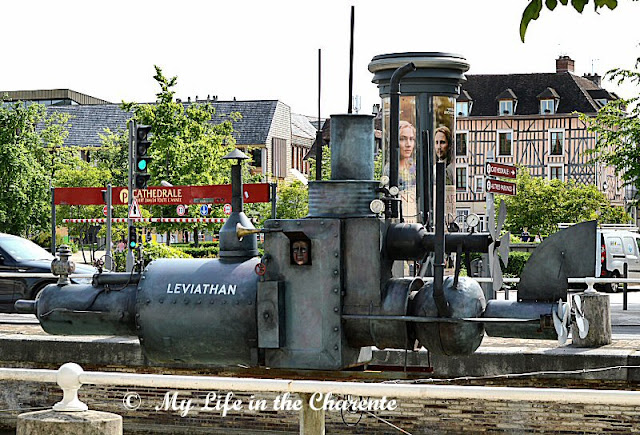 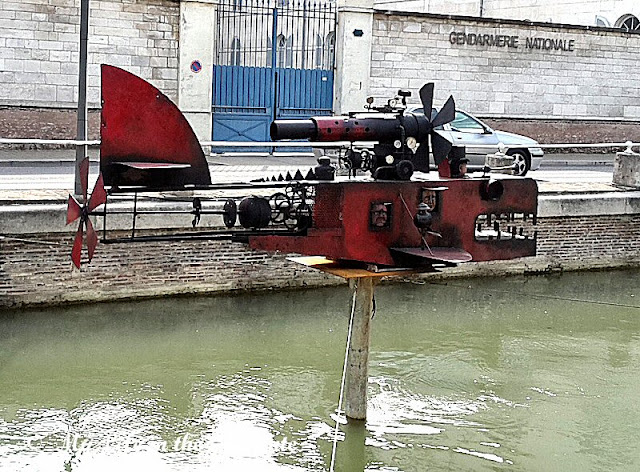 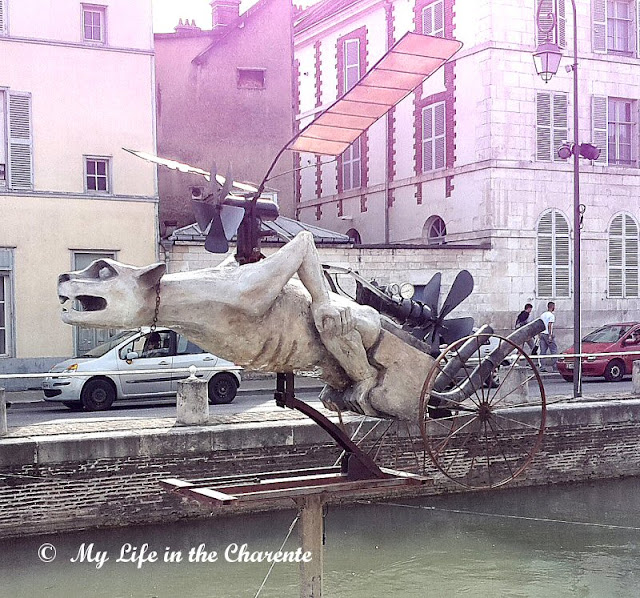 My thanks once again to Nigel for all his research and help.