Off to Spain we go - next stop Barcelona!

Leaving our friends' house in south west France, we headed for Barcelona.  We had been warned on internet sites about the many pickpockets operating in the city, so we had bought jackets with zip pockets and carried as little as possible!  We need not have worried too much; there were so many tourists waving expensive cameras around and carrying back-packs half open, which ensured that we were certainly not the prime targets!  We found it to be no more risky a place than any other big city, as long as you took care and behaved sensibly! 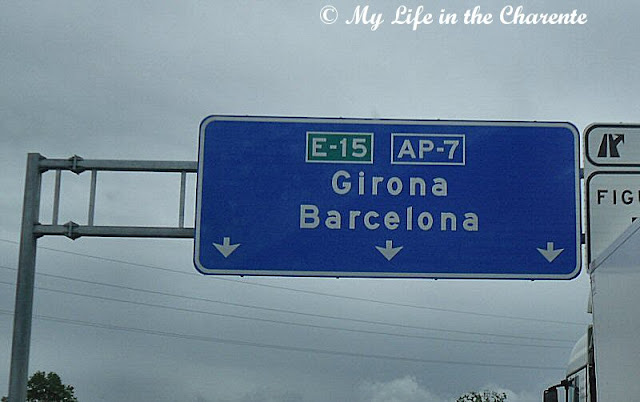 En route! Spanish motorways are good and not seemingly too crowded. 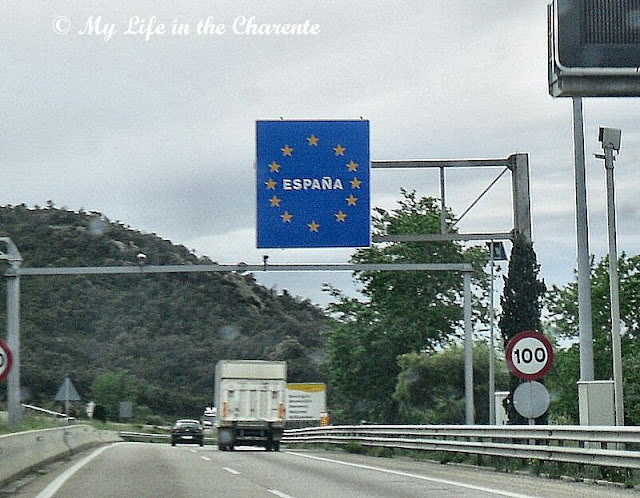 and crossing the border; no customs or immigration! 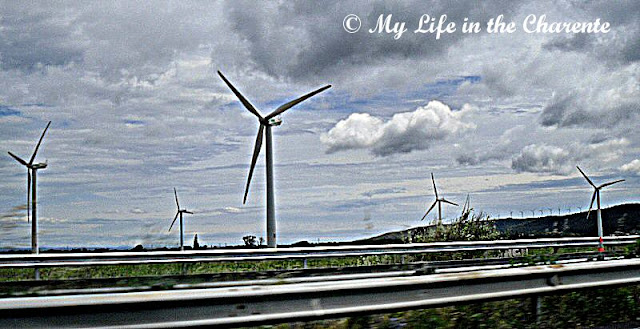 The countryside is blighted with wind turbines; there are many of them here and I'm afraid I quite simply hate them! 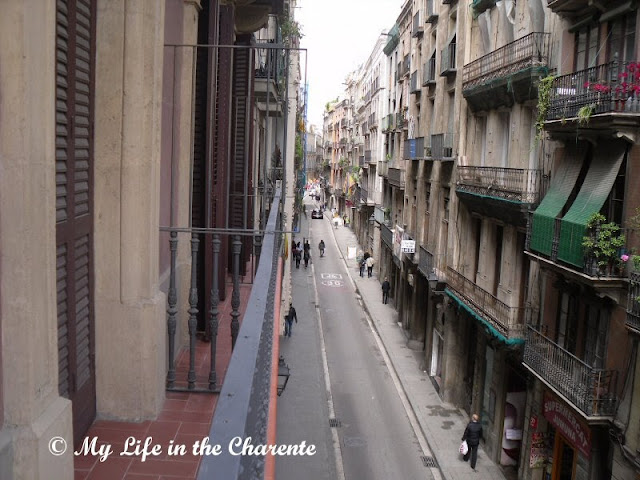 The view to the left from the small balcony of our room in the hotel Aneto; just down this road is the famous Rambla main street, 200 yards away at the top of the photo, but more of which later! 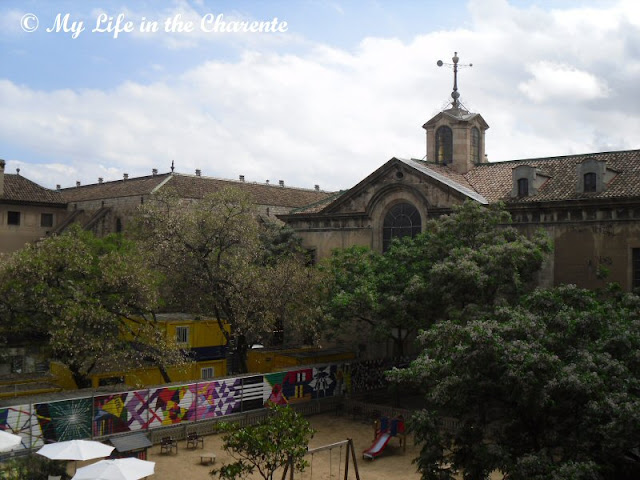 and in the other direction; I might add the suburb we were in (called El Raval) was very noisy all night!  On the plus side, the hotel was inexpensive, convenient, comfy and within a short walking distance of large numbers of excellent and better value eateries in the side streets. (No kickbacks received for this glowing review!) 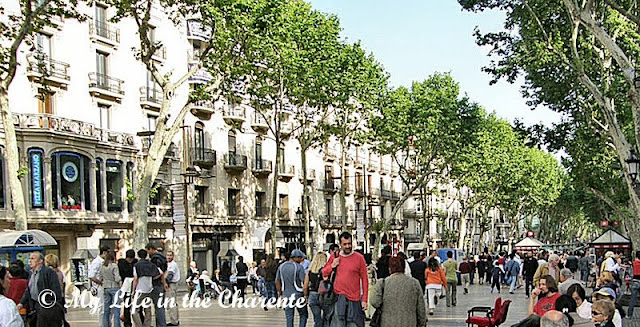 A quick walk around on arrival brought us to La Rambla itself.   This is a tree lined mostly pedestrian mall, 1.2 kms (3/4 mile) long, through the centre of Barcelona.  There are endless cafes and small shops throughout its length and it is very popular with tourists. An eating/drinking and people-watching place, but you are of course paying more to see, and be seen, in this prime location! 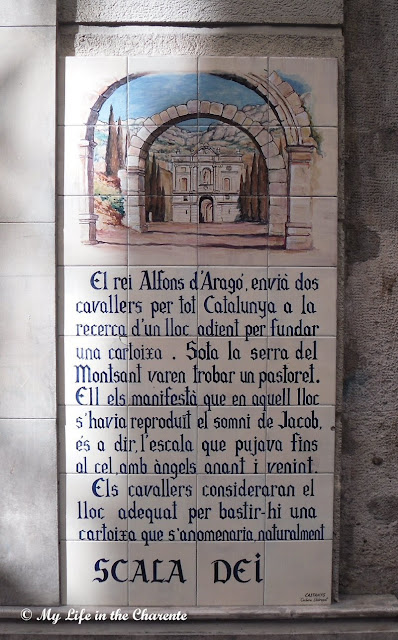 Scala Dei (Latin for “Ladder of God”) I am not sure exactly what the rest means, but it is a very attractive plaque about King Alfons of Aragon, tucked away in an alleyway near La Rambla. 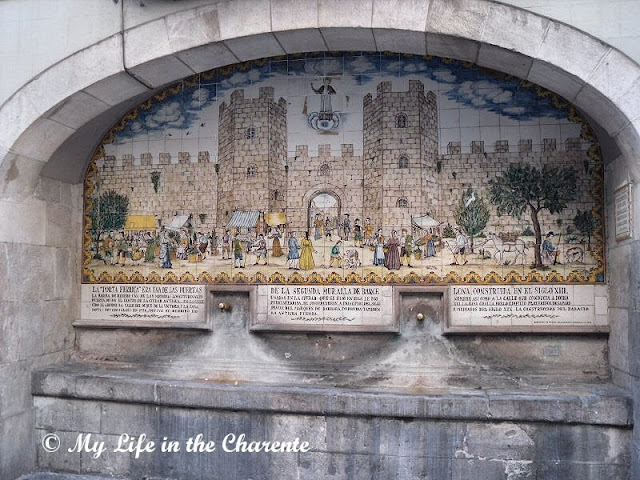 Ornate drinking fountain to the side of La Rambla. The Spanish are known for their high quality glazed and patterned ceramic tiling. 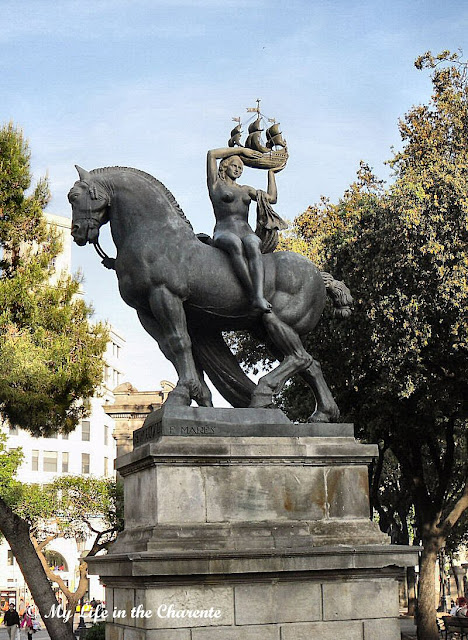 Apparently this statue in the Placa de Catalunya, one of the city's main squares, is Barcelona, represented as a woman on top of a strong horse, with a ship as a symbol of exploration and trade. 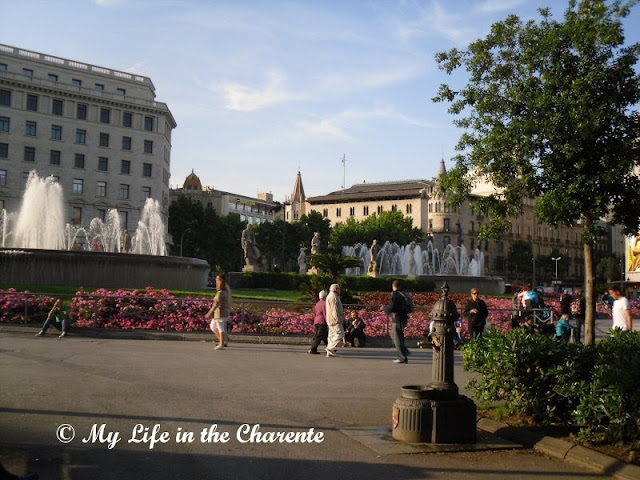 Some of the many fountains in Barcelona. Above and below, two shots of those  near the Placa de Catalunya, another mainly pedestrian precinct. 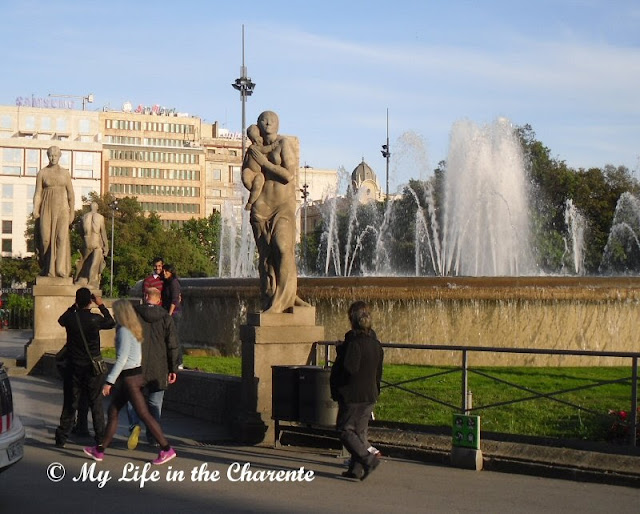 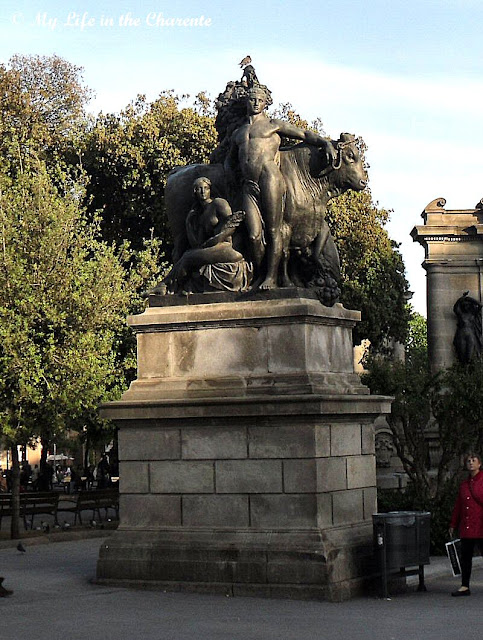 I cannot find anything about this statue, but with Spain being a
bull-fighting country, I am sure it has some special significance!

Watch this space for a visit to the Barcelona cathedral, the market, Picasso museum (no cameras allowed inside!) and, last but not least, the Sagrada Familia, the amazing church designed by the architect Gaudi, built 100 years ago, but still being altered and added to!