Part 2 of our trip to Barcelona. The Cathedral and the Defence Walls.

The Cathedral of the Holy Cross and Saint Eulalia, also known as the Barcelona Cathedral and commonly known as La Seu, can be found not far from La Rambla.(see photo below)  This church, with its beautiful façade, should not be confused with the spectacular Sagrada Família, about which I will be writing  in Part 3!


This  Gothic style cathedral  is the seat of the Archbishop of Barcelona. The cathedral was built between the 13th and 15th centuries, most of the work being done in the 14th century.  There is a lot of information Here if you would like to read further.  It appears that opening hours are mornings and evenings only, so make sure about this if you should want to see inside! 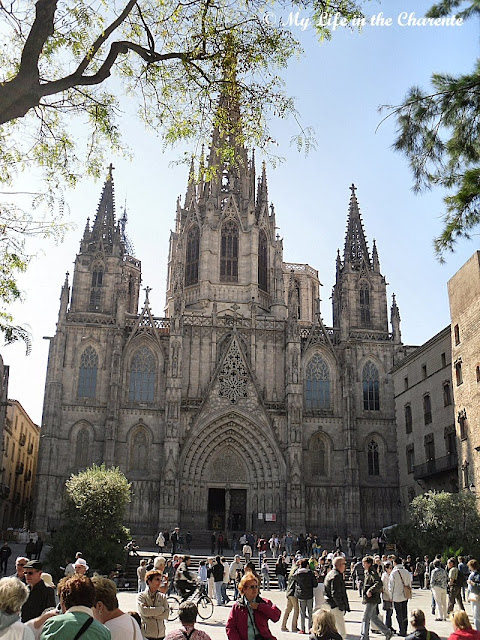 Various views of the inside below. 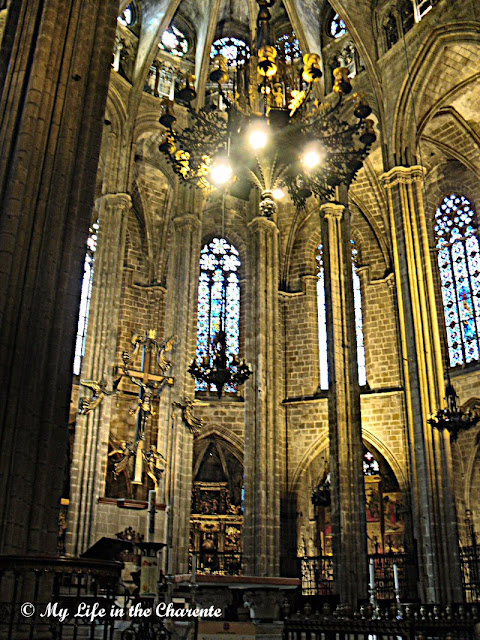 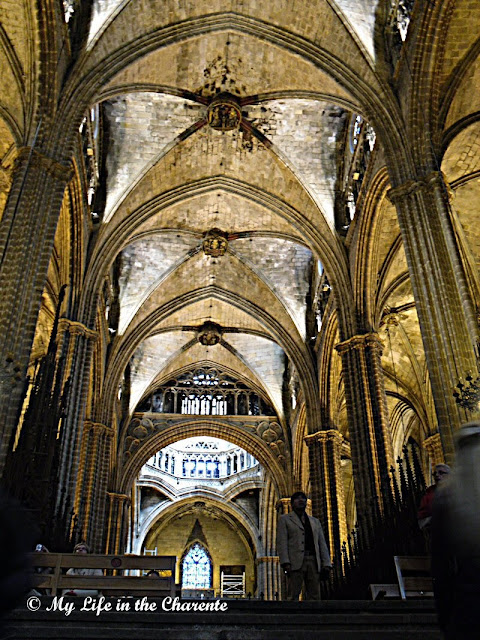 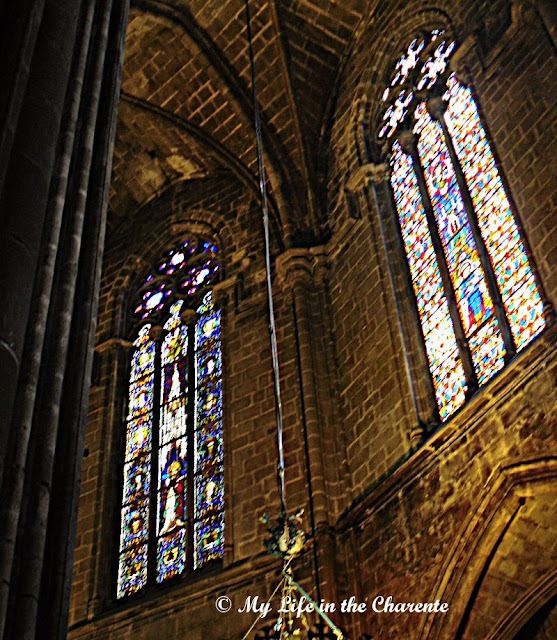 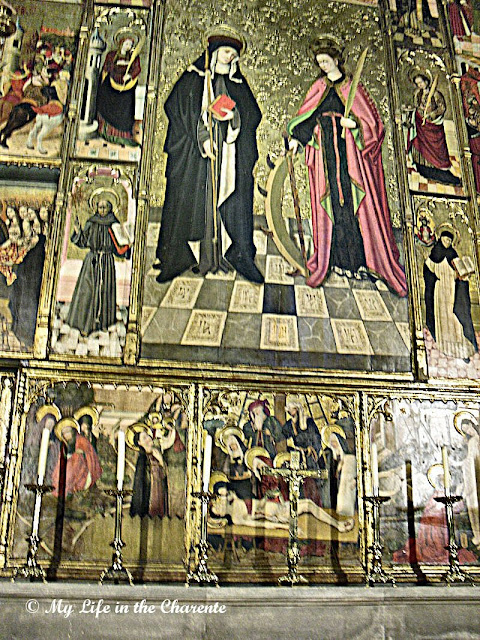 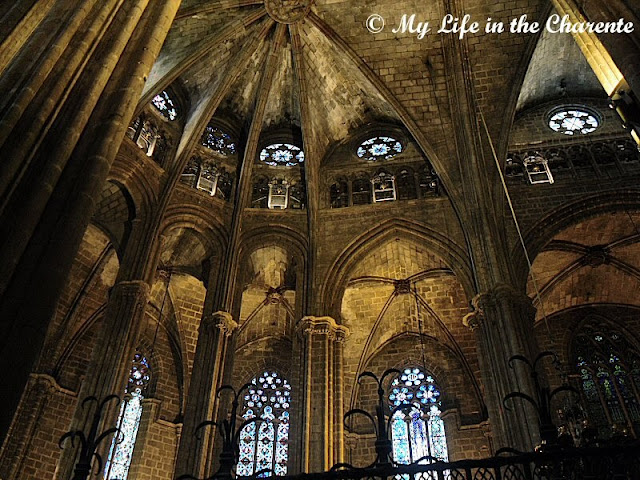 Below are two photos of what remains of part of the Roman city wall and the buildings later built on top of it by the Spanish. The sign by this building below reads:- "The Roman wall and defence towers from the second enclosing wall of Barcino (4th century AD).  The buildings that are conserved on this section of the wall are the Royal Chapel of Santa Agata and the Royal Palace (14th century)" 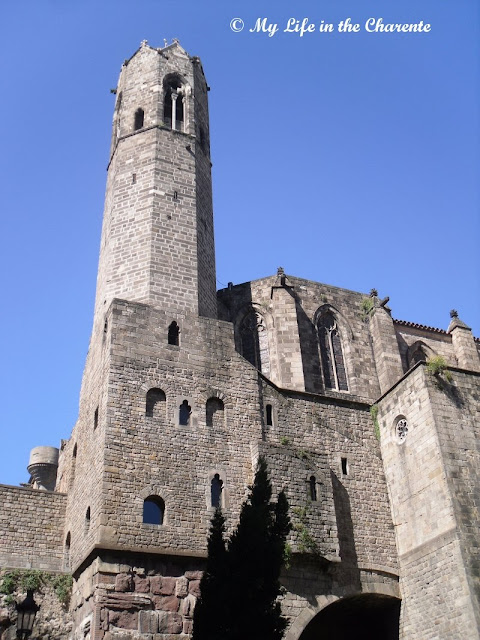 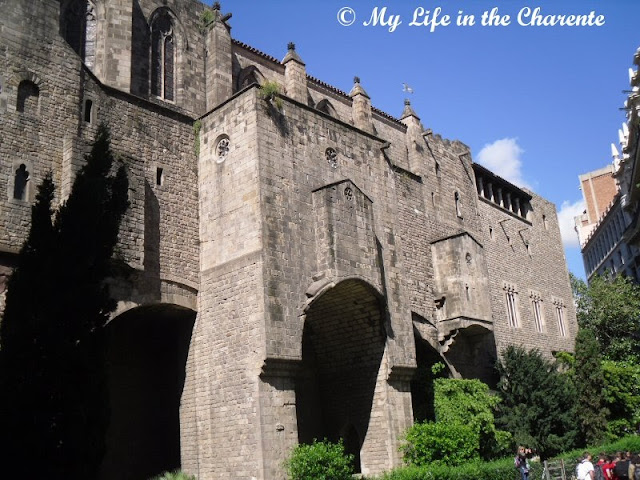 Moving quickly on to dining out, a popular activity in the city, the seafood platter on our second night in Barcelona was a feast for the eyes before we even had one mouthful! As a coastal Mediterranean city, Barcelona offers great choices of fresh fish and seafood. There is a multiplicity of restaurants throughout the city centre specialising in all sorts of cuisine; it seems that almost every other building provides a site for a restaurant or café! 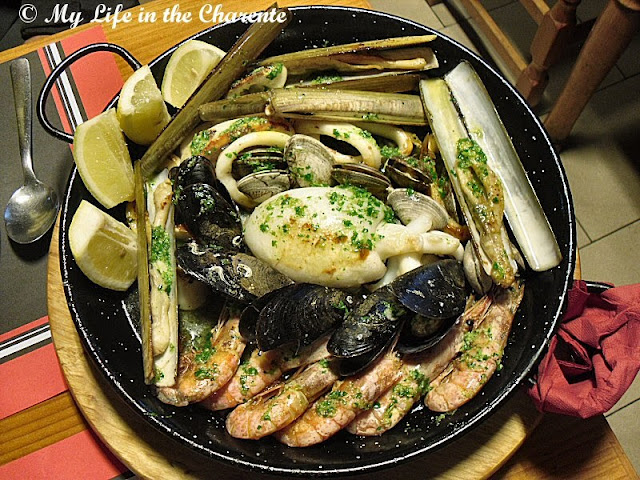 We got hooked on Cava (Spanish sparkling wine) in the three days we were there and drank little else with our evening meals. It goes so well with tapas (Spanish snacks) and with seafood.  Really  quite delicious! 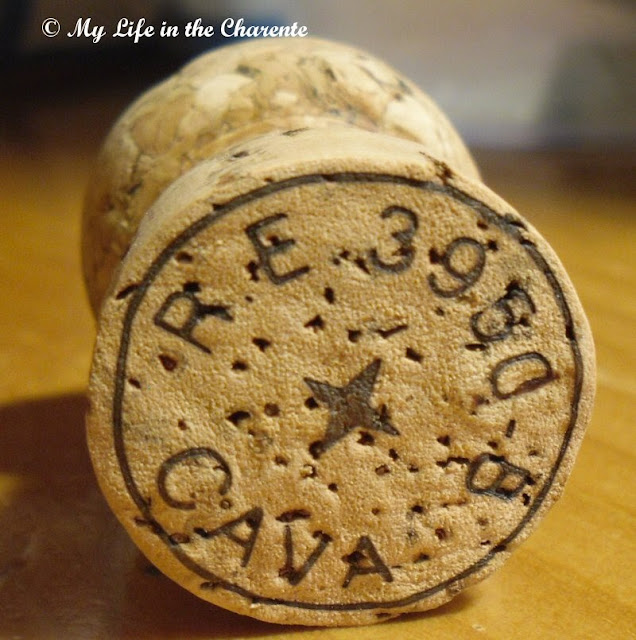 We are busy redecorating at home, having just had new oak double glazed windows installed.  We have nothing standard size, so all the frames had to be hand made!  Installation has been a major exercise for our two local artisans, as the old frames were built into the walls and had to be chipped out, necessitating areas of new plasterwork.

If I do not visit you for a bit, please understand that after attending to the house and the garden, there is little spare time left at present!