Lantern of the Dead - Cognac-la-Forêt

I did a post on the village of Cognac-la-Forêt  last year see HERE.   In that post, I mentioned the Lantern of the Dead monument  at the cemetery, which I did not get to see.   I have now visited it, so the story can be completed.  French cemeteries are always  well kept and often very beautiful, with many large monumental crypts, where whole families are buried.  I have taken several photos around the cemetery, to illustrate this point for those of you who have not visited France.

The notice pictured below has been erected at the bottom of the monument.  My friend Sébastien from Paris has translated it as it is written, so any strangeness perceived in the text must be laid at the door of the writer of the original!!. 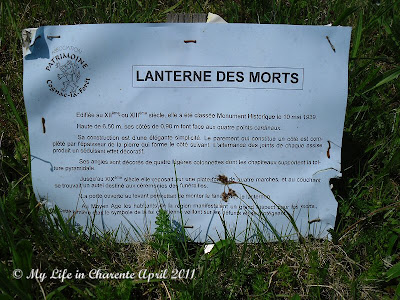 Lantern of the Dead

Built in the 12th or 13th century, it was classified as a historical monument on 10 May 1939. With a height of 6.5 metres, its 900mm wide sides face the four cardinal compass points.  Its construction is elegantly simple. Each face is completed by the thickness of the stone which forms the next side. The alternating joints of each course produce an attractive decorative effect.


Its corners are decorated by four slim columns, whose capitals support the pyramidal roof. Until the nineteenth century, it was founded on a platform of four steps, and at sunset the monument was used as an altar for funeral ceremonies. The door opened to the east, which allowed the mounting of the  beacon in the lantern.

In the Middle Ages, the inhabitants of the area showed great respect for the dead. That beacon was the symbol of the Christian faith, watching over the dead and protecting them. 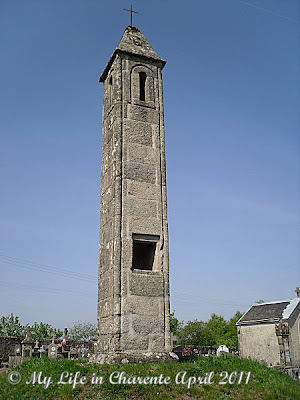 Lantern of the Dead 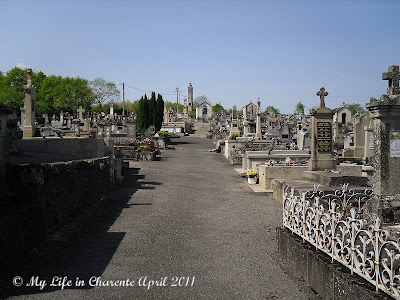 The view of the cemetery from the entrance with the Lantern of the Dead seen in the background. 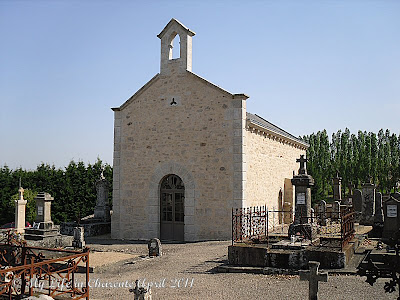 The small church to the the left of the entrance. 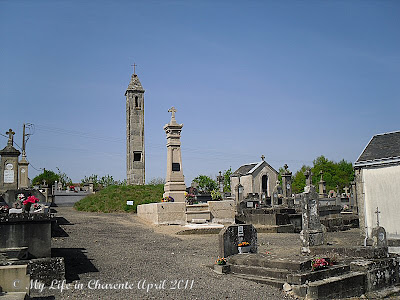 A slightly closer view, further in from the entrance. The Lantern of the Dead is in the background, with a private crypt just in front of it. 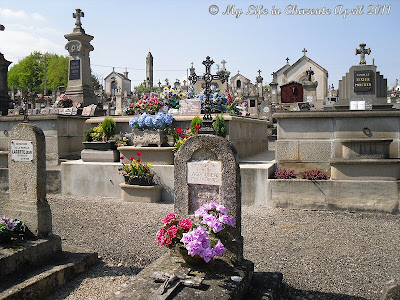 Above and below; views of many of the the private crypts with the Lantern of the Dead still very visible in the background. 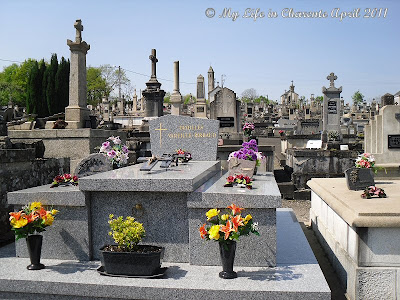 To lighten this post a little, these two horses were just outside the entrance gates enjoying the grass. 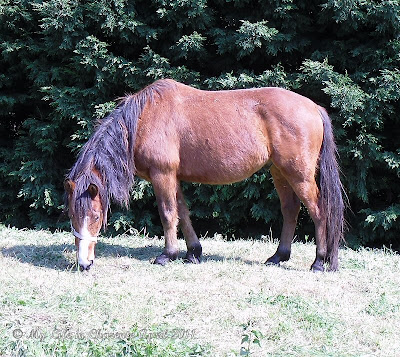 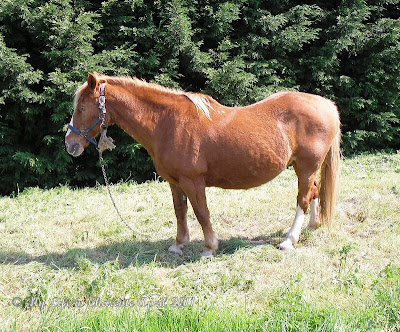 Labels: Cognac, Lantern of the dead, Round and About
Location: 87310 Cognac-la-Forêt, France