Cognac-la-Forêt is a small town, located in the department of Haute-Vienne, part of the  Périgord Limousin National Park Region. The area is rich in animal and plant life, some species of which are rare and protected. 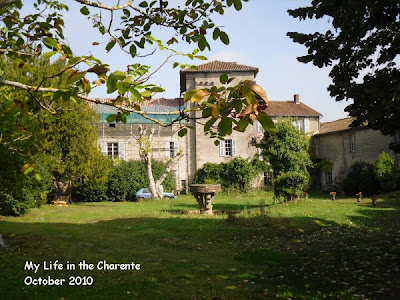 The town stretches around what was originally a 15th century castle, as can be seen by the two towers, and apparently there is still the remains of the drawbridge! In the middle of its central courtyard, there is a 16th century fountain and in 1820, the moat was filled in. Only three different families seem to have lived in this building since it was built.  As you can see from the scaffolding, it is again undergoing restoration at the present time. 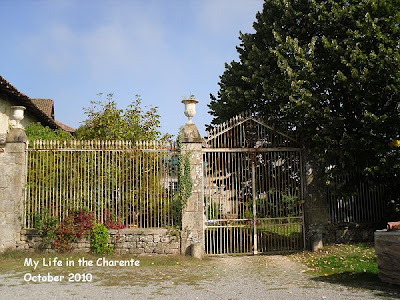 The photos had to be taken through this gateway, so I could not get very close. 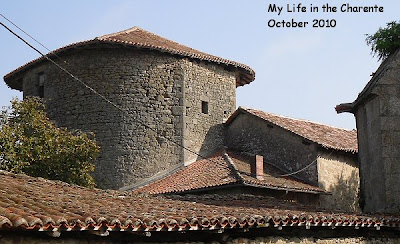 This is the second tower, taken over the rooftops of other buildings. 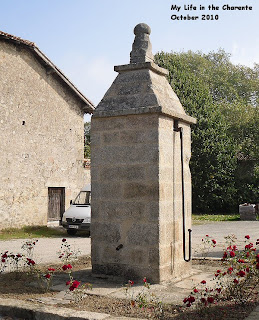 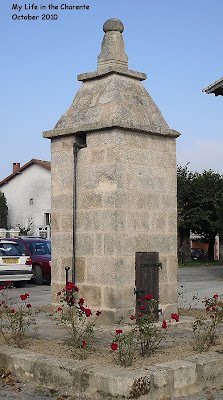 In the church square, this lovely stone pump provided the inhabitants of the village with a good water supply. Can you imagine going every day with your bucket to get water? I am sure few of us can do that, and yet there are still so many places in the world where  people do not have access to mains water. 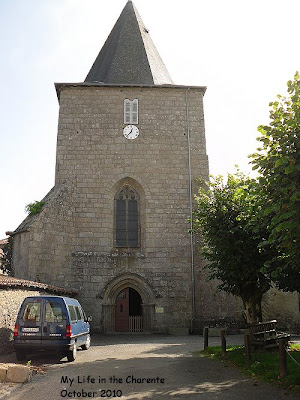 The 12th and 13th century church, formerly the castle chapel, shows the arms of former lords over its doorways. 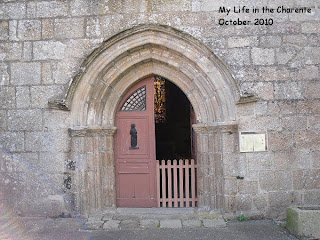 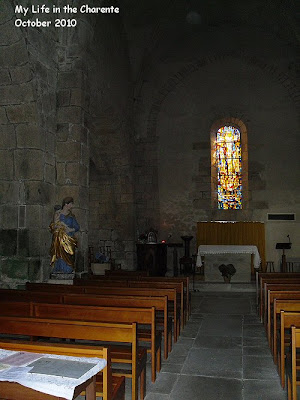 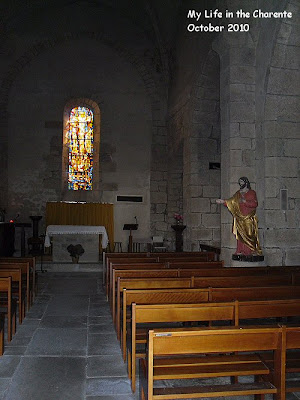 In the cemetery, there is a 13th century monument which sadly I did not get to see, maybe next time... the monument is called The Lantern of the Dead; I gather it is very beautiful and it has been a listed monument since 1946. Formerly, I understand a lantern was lit in these monuments during the night to mark the position of the cemetery -for nocturnal visitors, I presume!!. 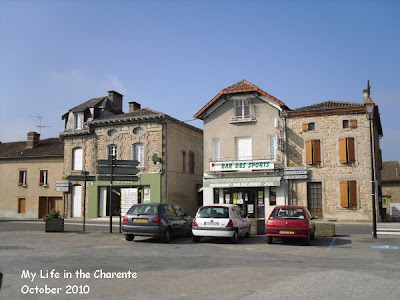 The town centre with essential bar!
The oldest known name of the main town is: Compenach, which progressively became Counhac, then Coignac, and finally COGNAC. To avoid misdirection of trains bound for Cognac in the Charente, (where the famous Cognac spirit comes from) the administration again changed the name in 1919, to COGNAC LE FROID (COGNAC THE COLD). Residents found this name very unflattering and waged a long battle with the authorities until the State Council finally authorised the current name, by decree on 22 November 1979.

http://fr.wikipedia.org/wiki/Cognac-la-For%C3%AAt
Posted by Diane at 20:48

Labels: Cognac, Limousin, Round and About
Location: 87310 Cognac-la-Forêt, France