The Avebury ring is thought to be the oldest stone ring known anywhere in the world and is even older than the better known Stonehenge, which is sited 20 miles to the south. It comprises a "henge", which is a circular bank and ditch structure, within which are various  stone circles. It is speculated that the smaller  inner circles were created first in about 2,600BC, while the larger outer circle and ditch were created later, in 2,500BC.

The circular ditch now measures about 427 metres (460 yards) in diameter and six metres high (20 feet or so) from bottom of bank to top of ditch, but it has been eroded over the millennia.  The ditch has entrances across it on the four main compass points, to allow access to the stone circles.

The ditch would have required a large amount of effort to form, with the need to excavate about 200,000 tons of rock and earth. There are also some remnants of erosion that suggest the ditch may have at one time been filled up with water, making the stone rings appear to be sitting on an island.The stones were  erected inside the circular bank, as can be seen in the two photos above and below. 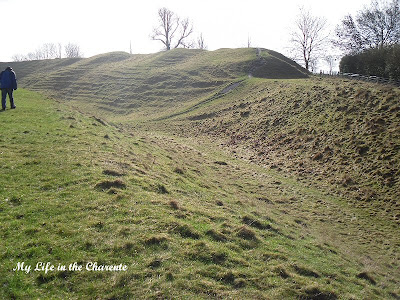 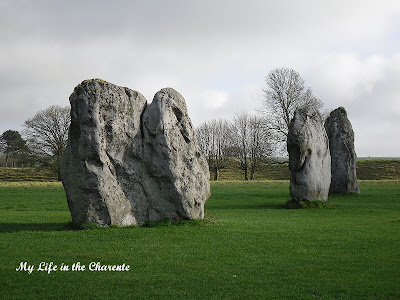 These large Sarsen stones (above)  wrap around the 28 acres of land which form the site.  It is thought that the circle originally comprised about 98 stones, but all that  remain today are 27 stones, the rest  having either crumbled or been removed by the local population several hundred years ago for use in building Avebury village. 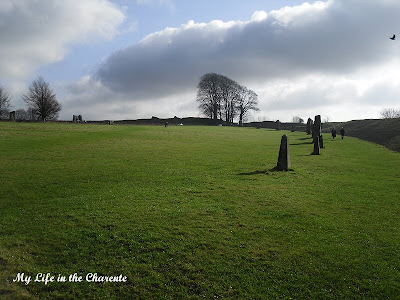 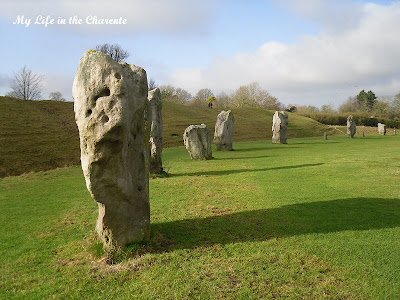 Each of the stones is believed to weigh upwards of 40 tons with heights that measure over twenty feet, thus implying that the local inhabitants must have collaborated in order to complete this magnificent monument. 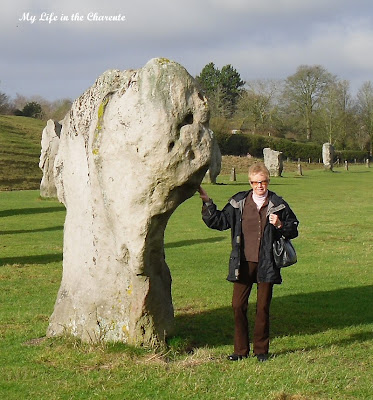 Proof I was there! 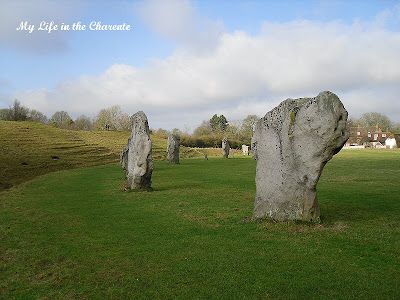 Excavation studies have shown that there were 154 stones in total when the Avebury ring was first built, out of which 36 are still standing.
Its exact use by ancient civilizations has not yet been fully understood.
The above extracts are from avebury-stones.co.uk
For further information and photos avebury-web  is extremely interesting.

Now I move on the the lovely old church in Avebury village - dedicated to St. James. 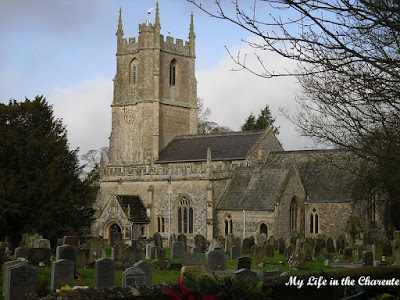 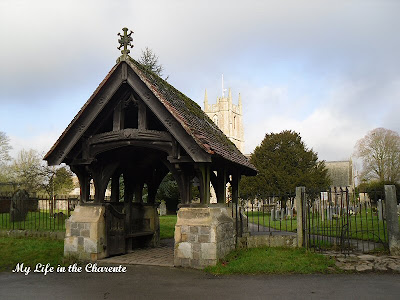 The oldest part of this building is Anglo-Saxon, built about 1000AD.  The Nave was originally without aisles and these were only added in the 12th century, but widened in the 15th century. There are still a few of the medieval tiles remaining on the floor in a couple of places. 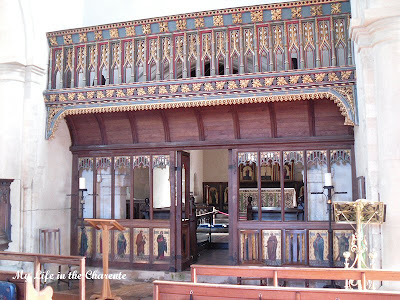 The wooden balcony above is 15th century, and was discovered in 1812, carefully hidden, behind a plaster covering. It is suspected that it was removed and hidden early in the reign of Elizabeth I.  The tower is also 15th century and the Norman font is early 12th century.   The bells, which we heard ringing during our visit, are in regular use and were restored in 1981.  The oldest bell is the tenor which was cast in 1719. 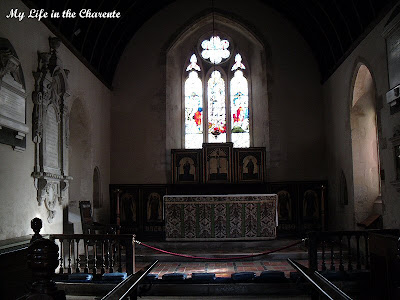 This stunning stone gateway was just to the side of the church property. 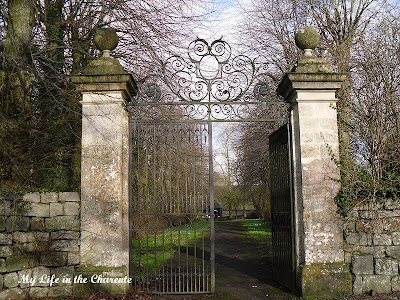 and as curious as I may have been, I only crept through the gateway far enough to take this photo showing signs of the arrival of spring. 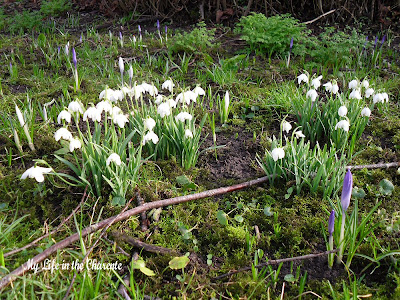 Sadly there was a lot of cloud around and the crocuses were keeping the petals tightly closed, waiting for the sun!
I would like to say a big thank you to chubskulit at Spice up your Life for sending me love from West Virginia. What a lovely thought and much appreciated.  There are some great recipes on the site so go along and take a look. 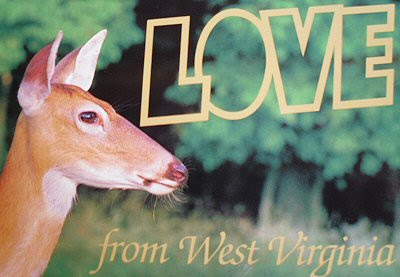 Labels: Avebury, Church, Postcard, Round and About, stone, UK