Last weekend we took a drive to Stonehenge, and en route we drove through the small, but beautiful, village of Potterne.  I thought that these photos would be of interest, and I have given links for further reading on both of these places for those who might be interested.
Stonehenge, on  Salisbury Plain, 137 kilometres south west of London, is one of the most ancient monuments in the world and has been a World Heritage Site since 1986. The best known of around 900 stone circles in the British Isles, it is thought to be either or both a holy site / astronomical observatory. The circle was aligned with the midsummer sunrise, the midwinter sunset, and the most southerly rising and northerly setting of the moon. 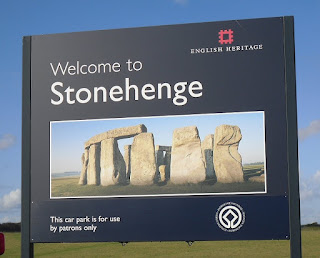 No proper evidence has been found of its builders nor reasons for its construction. The Druids were thought by some to have built it, but they came later in history!!

It is believed to have been started something over 5,000 years ago, with a circular earthen bank and ditch, dug by men using only animal shoulder bones and deer antlers (as shovels and picks respectively). Timber posts were replaced by stones from about 3100 BC. Over the next 2000 years, two types of stone were brought in and used for the construction of Stonehenge –first, the 'bluestones' which weigh almost four tons and were brought from 240 miles away in west Wales - the quarry site has been identified. The other type of stone used was the 'Sarsen' which had a height of about eighteen feet and weighed twenty-five tons. These were brought from the Marlborough Downs 19 miles away. The stones were jointed together using what would later be employed in woodworking techniques. How the very heavy stones were moved and erected can only be guessed at; this was very architecturally advanced for the era and the discoveries led to other theories that aliens had been involved in the work! 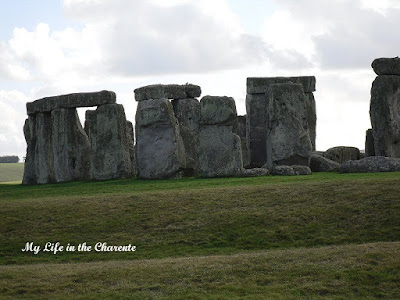 This truly remarkable endeavour took place before the wheel was invented and is estimated to have occupied 20-30 million man hours. No one culture is likely to have been responsible for the entire construction over the two millennia up to 1100 BC, and hence it is believed that the Windmill Hill people, the Beaker people (named for their pottery drinking cups) and later the First Wessex people, progressively added more stones to the site. 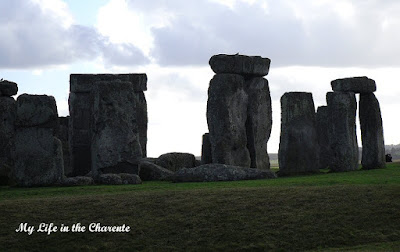 The last known construction at Stonehenge was about 1100 BC and the last usage of it was probably during the Iron Age, although later evidence of Roman activities has been uncovered.
This is my own, much abbreviated, summary (for purposes of brevity and attention-keeping) from information available to me and which I have credited. As might be expected with  something so ancient, the sources tend to differ somewhat in historical opinion and I have tried to keep to the middle ground. Any errors in this process are mine and readers are invited to follow the links if they wish to know more about this mysterious artifact from England’s distant past. 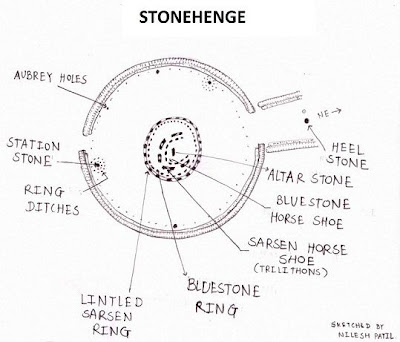 The above sketch from Buzzle see HERE
Information from Wikipedia,  Britannia, sacred-destinations and crystalinks.


I thought that the following photos of this beautiful house and church in Potterne were of also of interest. For information on this village see HERE 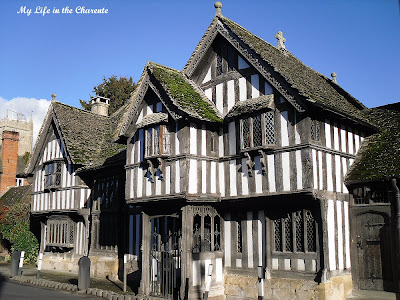 The Porch House was built around 1480, most probably by the Bishops of Salisbury, the churches being very wealthy at that time. It is a close studded timber framed house on an ashlar (dressed stone) plinth with a single storey central hall and two storey gabled wings. It is now a very important timber framed house and the site of the 10th century church is within its garden. 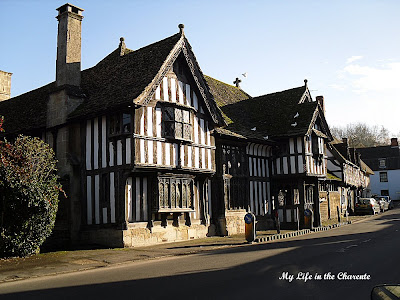 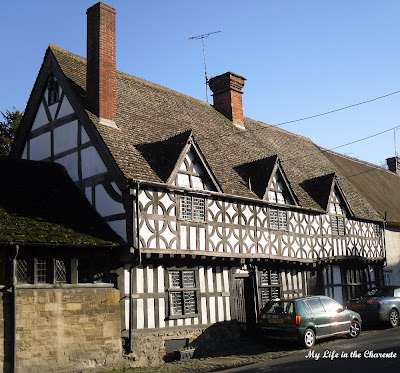 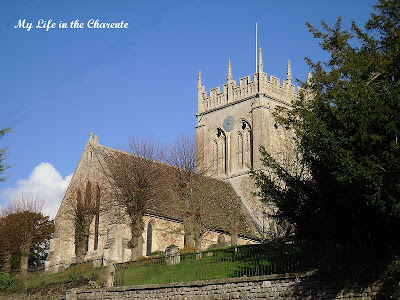 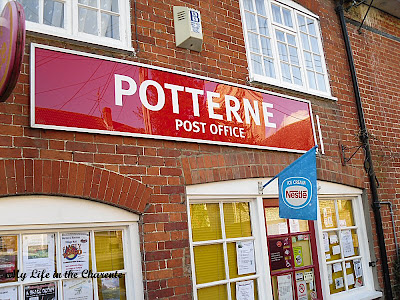 Amidst all these very old buildings, it looks as if the village post office has a brand new shiny sign!
Posted by Diane at 08:36

Labels: Potterne, Round and About, stone, Stonehenge, UK