Travelling back to the UK - Part 2

The second part of our journey back to the UK. See part 1 HERE   All photos can be enlarged with a simple click. 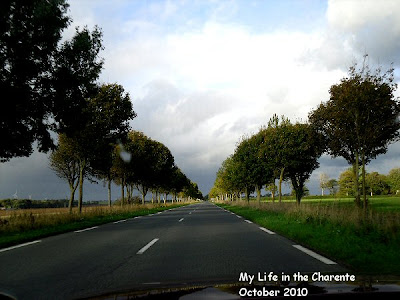 I loved this tree lined stretch of road just after Montreuil-sur-Mer. The road is numbered N1 and was the old main road southwards from Calais, before all the motorways were built. 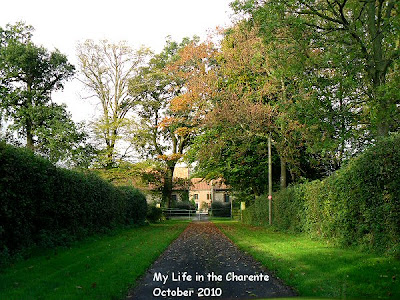 We stopped overnight with friends, also not too far from Montreuil.  It was good to see them again and catch up with all their news.  It was also lucky for us that there was just enough space to squeeze our frozen food from the freezer box into their deep freeze overnight. 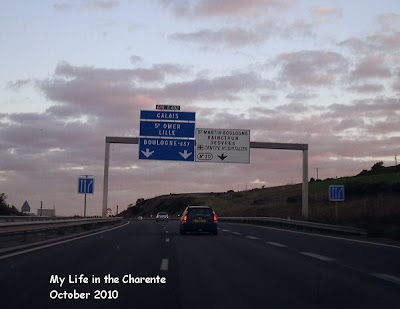 After a substantial cooked breakfast the following morning, we rescued the food from the freezer, packed it back into the car, and we were on our way to Calais and the ferry.  We made an early start, as  the day before there had been a few problems with fuel shortages, due to the strikes in France. Our friend had checked the website for us and there appeared to be no problems on this day, but you never know....... 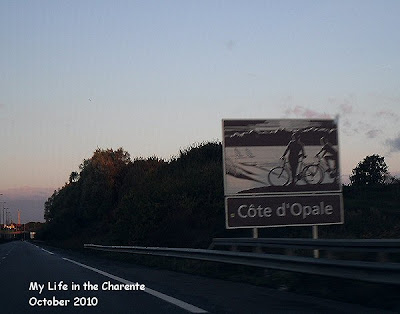 Another one of the beautiful French regional road signs. The Opal coast was, and is, very popular with tourists. The resort of Le Touquet has many (expensive) holiday homes and was a favourite with the English royal family early in the 20th century. It had what I think was one of the first airports in France and one could make day trips from England in the nineteen thirties! The Christmas light display is absolutely spectacular; no words can describe it, see a few of these photos HERE 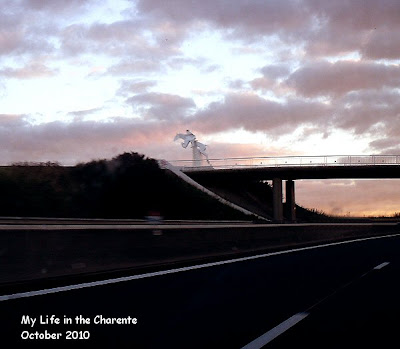 I nearly missed this jumping horse on the bridge, but luckily the camera switches on very quickly! 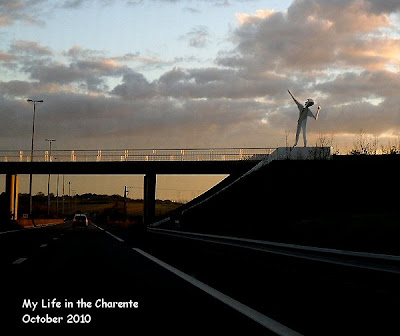 I was ready for this guy, who I think is an archer, but on second thoughts maybe he is going fishing or playing tennis! 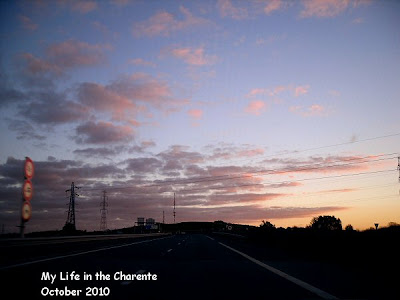 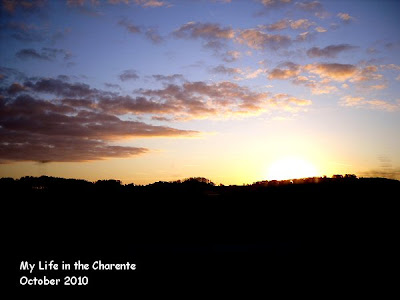 The sunrise was stunning, but only seconds later, the sun was directly in our eyes and Nigel had a real problem driving, especially so, as we were unable to read the road signs! 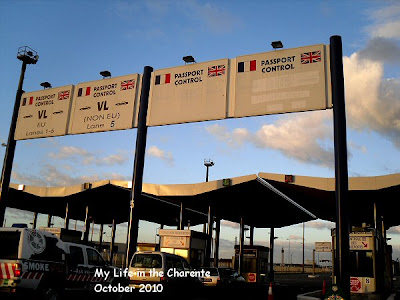 Phew, we made it.  As we were early, I asked if there was any chance of catching an earlier ferry, but we were told "no", as it was just leaving.  We went off to park in line ready for the next one, but as we arrived there, the last two trucks were being loaded onto the earlier ferry and we were waved forward.   Our lucky day; they let us aboard as the very last vehicle to load, the gangplank was raised and we were on our way. Two hours saved!
I will upload the final part of the journey in the next few days; this will be on the ferry (very dirty, salty windows so it was difficult to take photos) and the final drive through the UK.
Posted by Diane at 14:09

Labels: Round and About, Travel, UK