Travelling back to the UK Part 1

Finally, my laptop is returning to normal; I still have some things to put back on it, including the calendar, but I am getting there!  It did mean putting it back to factory settings, so it has been a slow operation!!  The desktop computer will be next, but due to a few minor family problems, I will give it a week or so before I attack that.
I  thought that a few photos of the trip back to UK would be a good idea, especially so for those of you who have not been to France or England.  I will post them over the next week (or so).  All of these photos have been taken through the car windscreen or side windows; maximum speed on the  tollroads is 130kph (80 mph) so we were not travelling that slowly!  All pictures can be enlarged with a simple click. 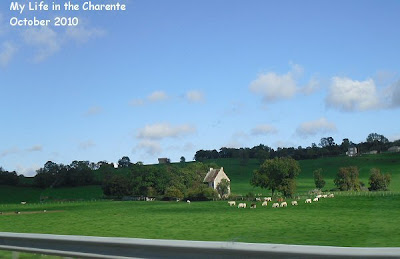 A small farm somewhere just north of Poitiers, a city on the Clain river in West Central France. 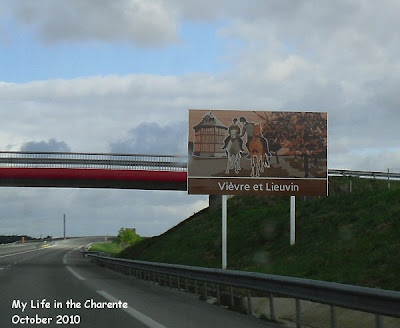 Just one of the beautiful French regional road signs. 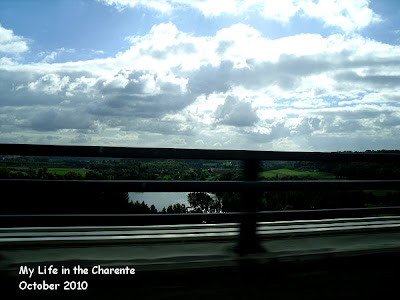 A view from one of two similar viaducts that we have to cross - brilliant French engineering to span deep valleys, but both have speed cameras on them!! 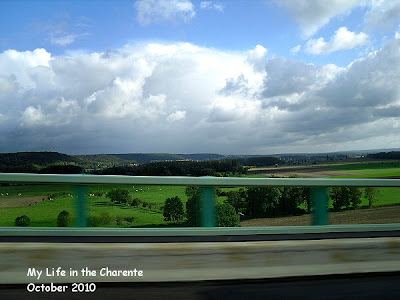 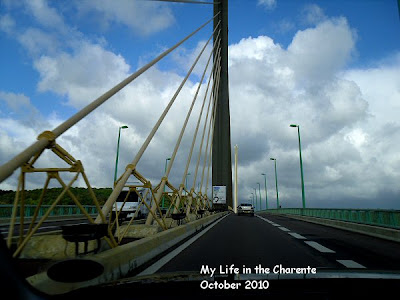 This very beautiful 'Tancarville bridge' is just before the small town of Yvetot, which is a commune in the Seine-Maritime department in the Haute-Normandie department in northern France. 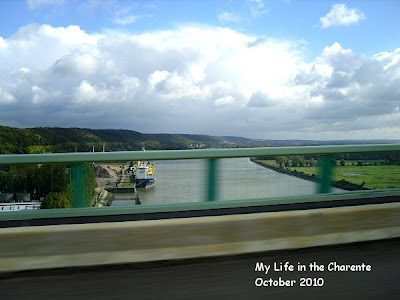 A view of the river Seine  from the same bridge. 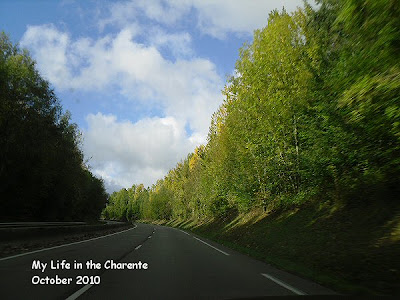 Forest area with the autumn colours just starting to show. 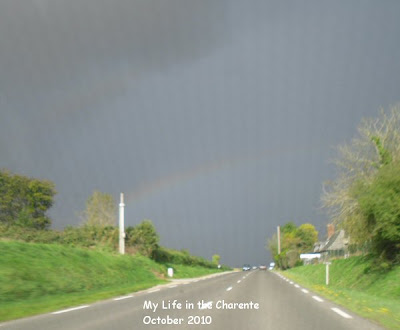 Yep, if you look hard, you can see the washed out rainbow! 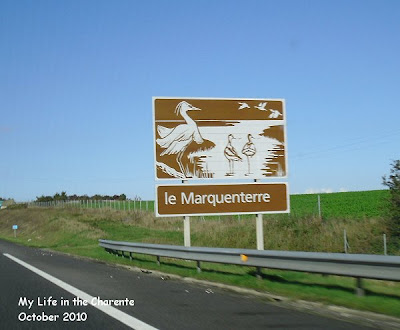 Another of their beautiful regional signs. 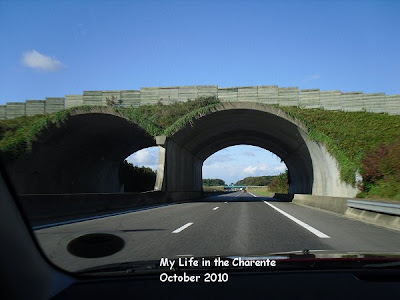 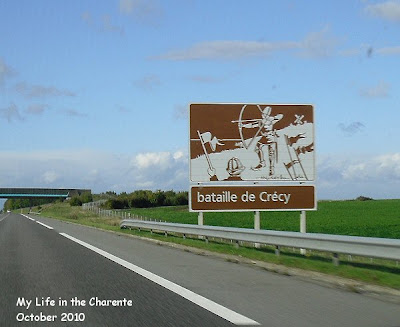 Finally for today, site of the battle of Crecy in northern France, fought between the invading English/Welsh army of 10,000 under Edward III and the French army of 35,000 under Philip VI in 1348 - 662 years ago, but the event is still commemorated.  The battle was won by Edward, using superior military tactics including the famous English longbow archers and possibly cannon for the first time. The site of the other well known battle of those times, Azincourt (Agincourt in English), which took place in 1415, is not far away. The French again lost, but one can still stand today on the battlefield and the authorities have erected an excellent museum, presenting the event in a very factual and unbiased way. A great credit to them!
Hope you enjoyed the journey.
Posted by Diane at 20:58

Labels: Round and About, Signs, Travel