A (short!) day in Philadelphia 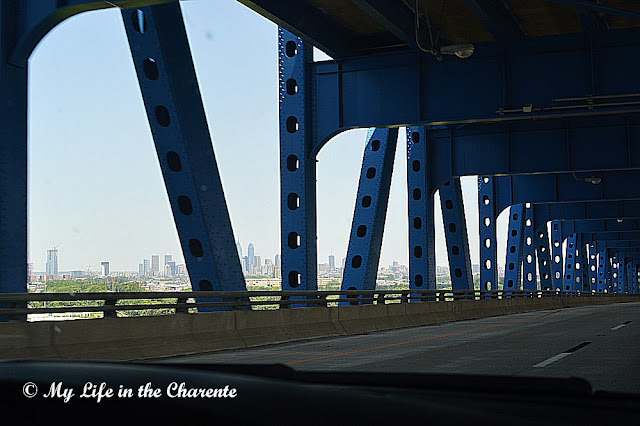 A distant view of Philadelphia city centre, as seen through the side of the Girard Point Bridge, which is a double-decker cantilever bridge carrying the trunk road Interstate 95 across the Schuylkill River. The bridge was opened in 1973 and carries three lanes of traffic across the river in each direction at each level. 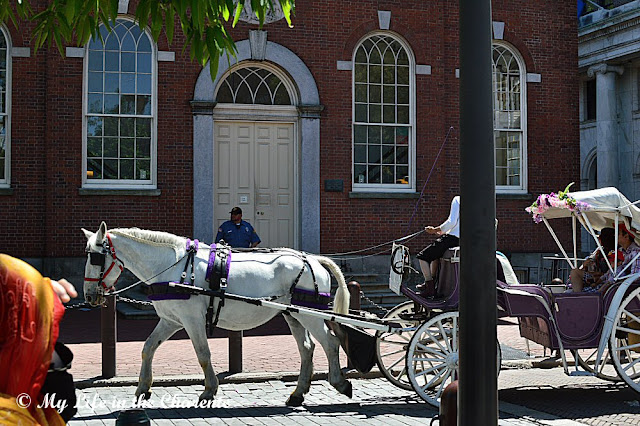 Viewing Philadelphia centre from a horse and carriage, one of many on offer for hire. Note the cobbled street! 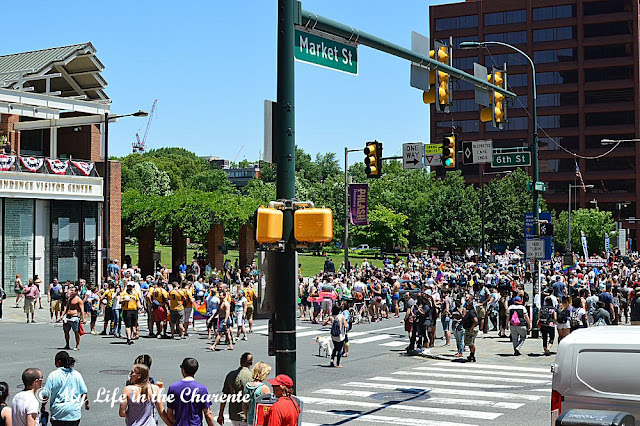 We became embroiled in a Gay Rights March, organised it appeared in support of the victims of the Orlando massacre a few days before. The police closed the whole city centre, so it proved almost impossible to find anywhere to park! The parade passed up and down the streets in which the main historical buildings are situated (this photo is of Market Street, the main street in the city) and the whole area was swarming with countless thousands of people! After taking the few photos below, we went back to the car and beat a hasty retreat out of town! 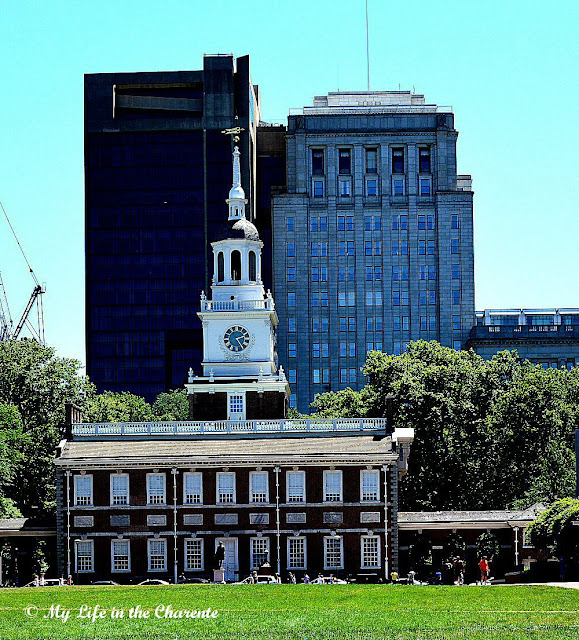 Independence Hall, now dwarfed by more modern buildings, is where both the  Declaration of Independence and the Constitution were debated and adopted. 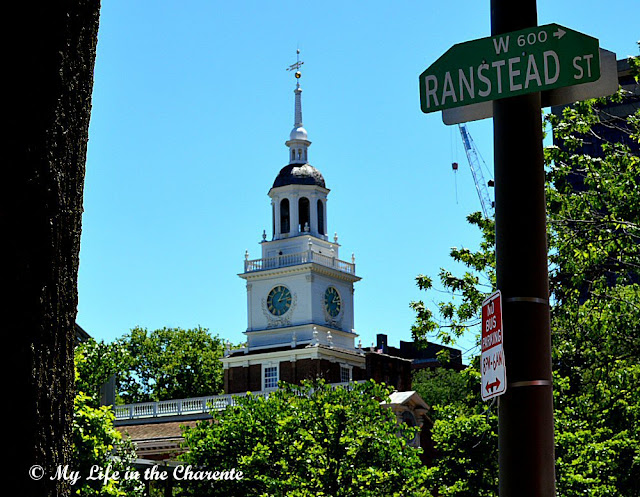 The Clock Tower of Independence Hall. 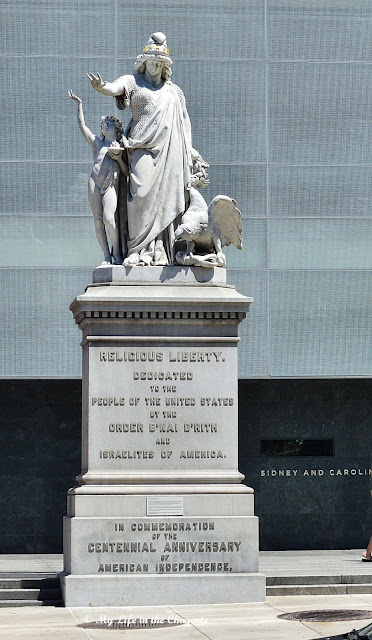 The Religious Liberty statue, outside the National Museum of American Jewish History, shows a woman, symbolising liberty, shielding a boy with a lamp, representing religious faith. On the opposite side of the woman, is a carved eagle crushing a snake, a classic symbol of American democracy and representing the country's struggle against intolerance.


B'nai B'rith, a Jewish human-rights advocacy group founded in 1843, commissioned the sculpture and gave it to the American people for the Centennial celebration in Philadelphia in 1876. 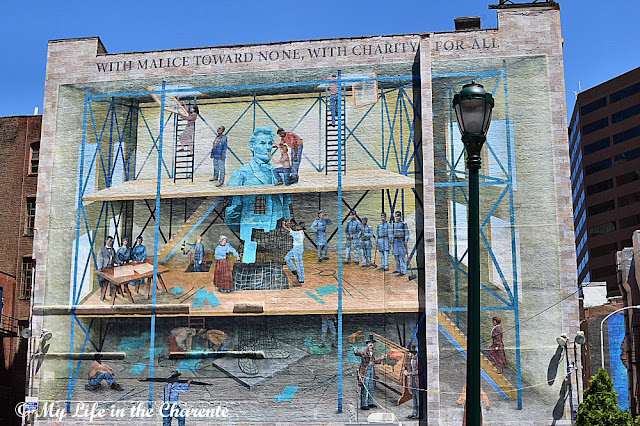 The American Civil War was effectively ended in June 1863 at the Battle of Gettysburg, after which General Lee of the Confederate Army (the South) surrendered  to the Union (the North). It was estimated over 25,000 men were killed on each side in this battle alone.This giant mural depicts the first few words of the closing paragraph of President Lincoln's subsequent "Gettysburg address". The entire closing paragraph of Lincoln's famously concise 273 word speech, for those unfamiliar with it, was delivered at the inauguration of the Gettysburg National Cemetery in late 1863 and is worth restating.

"With malice toward none, with charity for all, with firmness in the right as God gives us to see the right, let us strive on to finish the work we are in, to bind up the nation's wounds, to care for him who shall have borne the battle and for his widow and his orphan, to do all which may achieve and cherish a just and lasting peace among ourselves and with all nations." 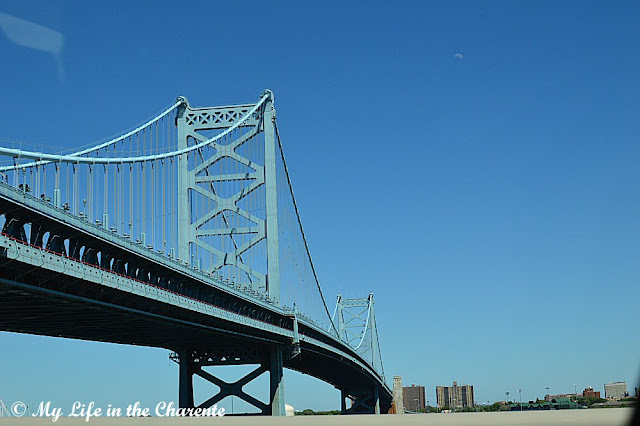 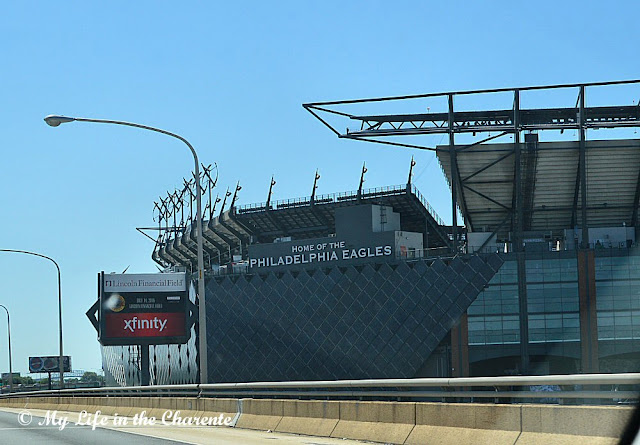 The Philadelphia Eagles are a professional American football (as opposed to soccer!) franchise based in Philadelphia. This is their very grand stadium, the size reflecting the enormous popularity of the game in the USA.


Also see my daily diary HERE
and My Life Before Charente (updated 09 April 2016)  I will get back to this eventually!
Posted by Diane at 21:10