A holiday away from the Charente - Part One.

We have never been to the United States before and at the invitation of a number of friends who have moved there over the years, we decided to do some visiting!  We have long time friends from both South Africa and Rhodesia scattered around, so there was much to catch up on and see.  One of the very top opportunities was to spend a few days at the North Rim of the Grand Canyon and meet up with Gaelyn from  http://geogypsytraveler.com/; we have been following each other's blogs almost since the day I started blogging.

This post only covers day one and two of a 4 week trip, so I hope you have the stamina for all there is to see and follow!! I still have many photos to look through, edit and check, so this is all going to take sometime! 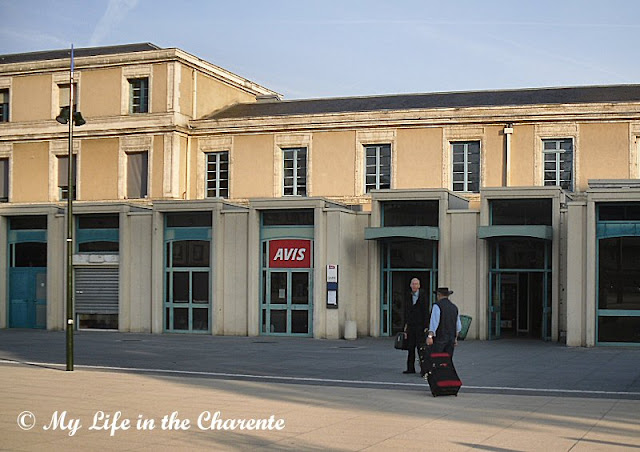 9 June 2016
One of our friendly French neighbours took us and our luggage to the railway station in Angouleme to catch the TGV (high speed train) to Paris. There he is, wheeling a case!  However, the trip was in doubt until the last minute due to French union strike action. When we had booked all the travel 6 months previously, that wasn't on the radar!!  To cut a long story short, Nigel went to our local station 3 times to check if our train to Paris would run!  Each time he were told yes, and then the day before we travelled, we had an email to say it had been cancelled!!  After another trip to the station,we finally managed to rebook, but all trains were almost full due to cancellations and our seats were upstairs, up which we had to drag 3 cases, plus hand luggage and cameras! 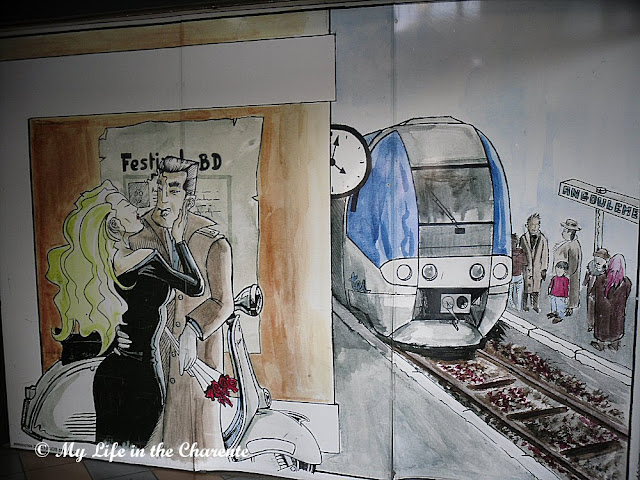 Leaving Angouleme, I could not fail to remind you that it is the city of the  comic strip and a haven for graphic artists; these are a few of the paintings around the railway station. 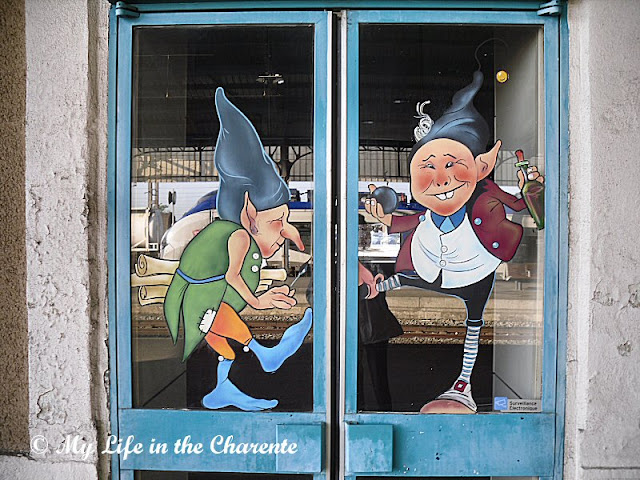 There appeared to be a Bar - Brasserie behind these doors, but it all looked pretty quiet while we were there - well, it was half past seven in the morning! 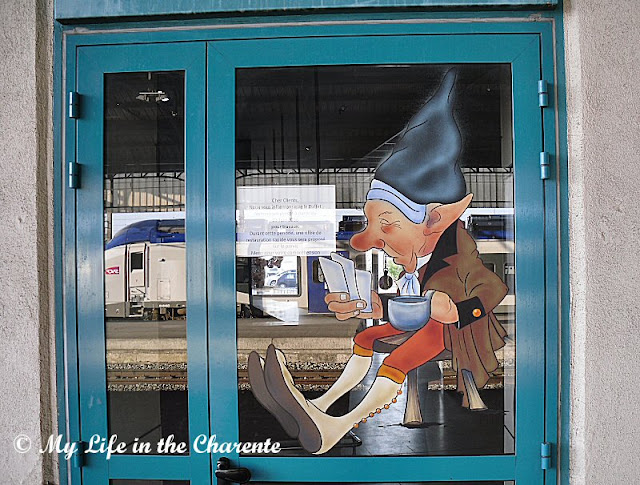 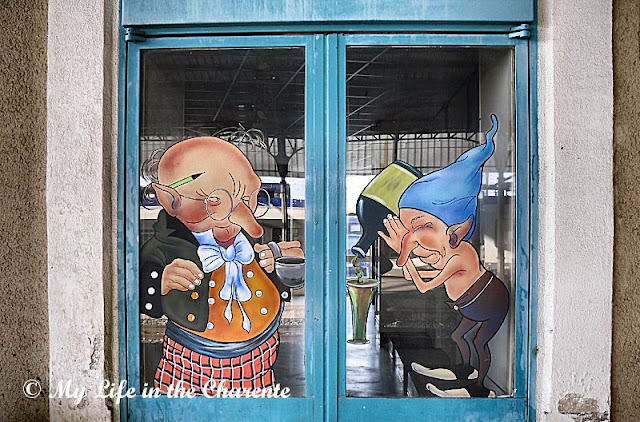 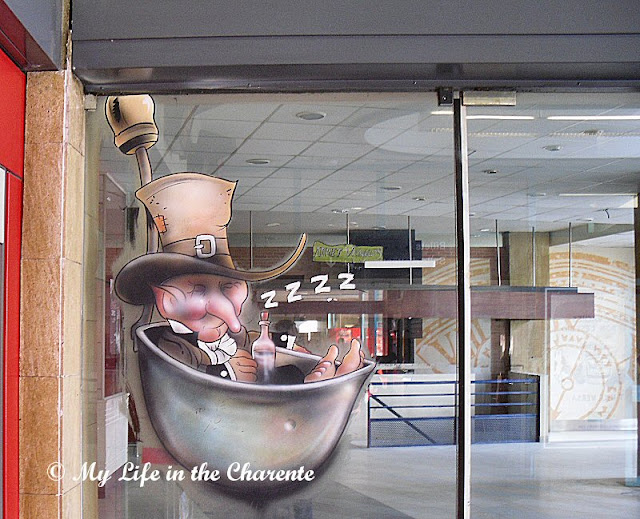 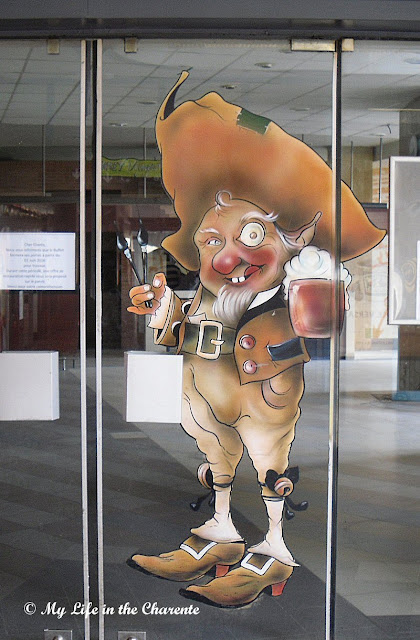 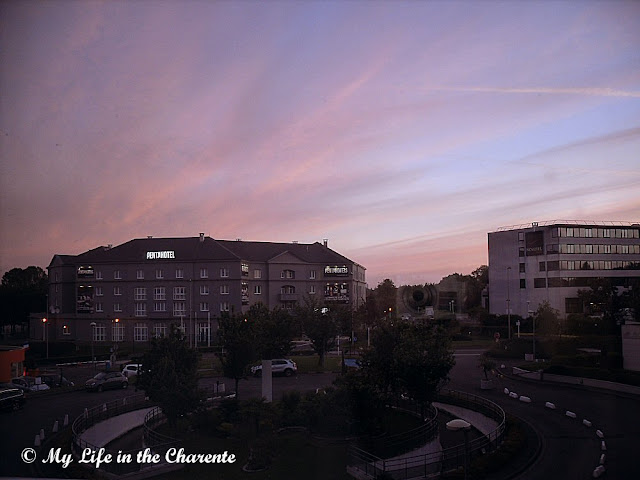 10 June 2016
By the time we had arrived in Paris, with arms full of luggage and located and caught the shuttle bus to our hotel, the time flew, so the only photos I managed was this one from the hotel window, looking out at the sunrise the following day, and those below. 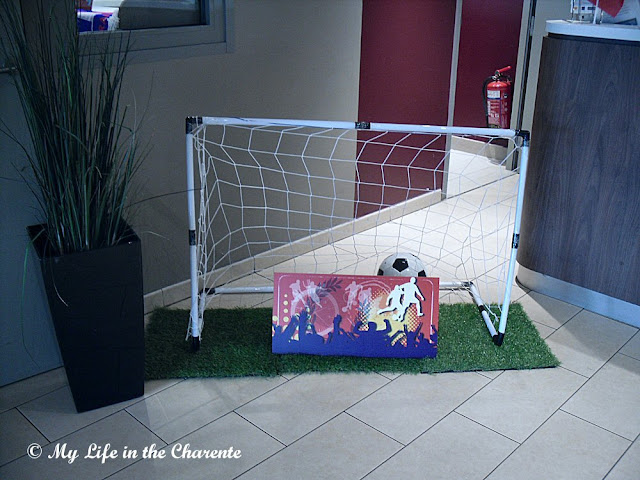 There were signs everywhere that the UEFA Euro 2016 Football (soccer) Championship was on in France and  hotels everywhere were packed with soccer fans! 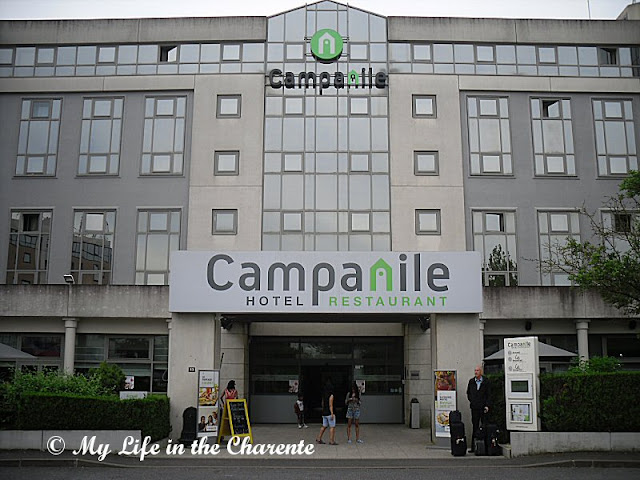 Waiting at the hotel the next morning for the shuttle bus to take us just up the road to........ 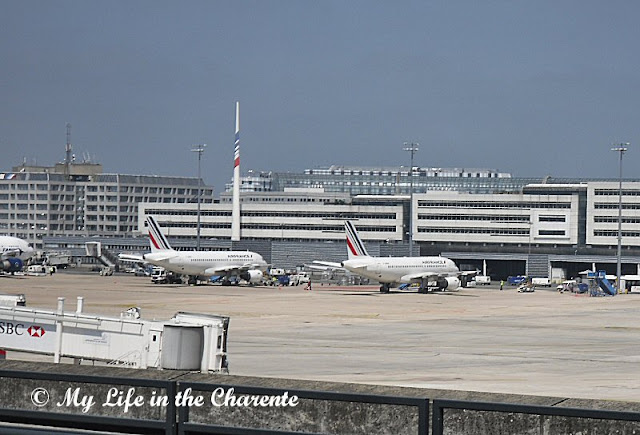 Paris Charles de Gaulle Airport.
These are Air France 'planes, but their aircrews had been on strike intermittently for many weeks, creating enormous disruption. Strikes are still going on as I type this! Luckily we were flying with American Airlines! 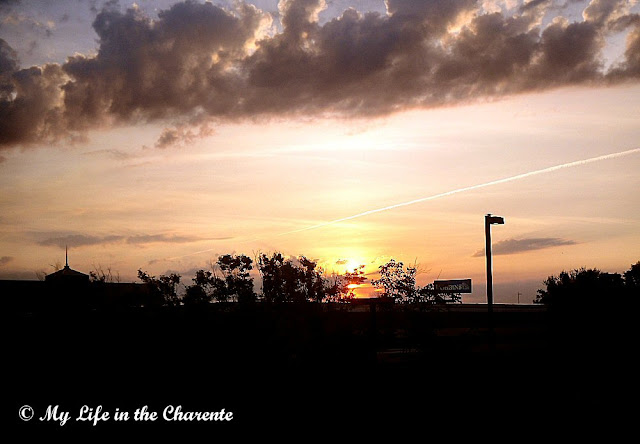 Our first morning, with a sunrise, in Delaware, after landing at the nearby Philadelphia airport  the evening before.  We were very tired, as it had been a long two days travel from home, especially with the 5 hour time change!