Île de Ré is a large island off the west coast of France. Its southerly neighbour is Ile d'Oleron, but Île de Ré is sited directly opposite the town of La Rochelle. The island's highest point is only 20 metres above sea level; it is 28 kilometres long and 5 kilometres wide and the scenery is a mixture of salt marsh, dunes, vines and forests. A bridge about 4 kilometres long, which was built in 1987, connects the island to mainland France. Vehicles using it must pay a very expensive toll - €18 return for a car !

We only had time for a short day visit to the village of St Martin de Re, but the island deserves much more attention, as it is steeped in history. If we had more time, and had been staying overnight, the best plan would have been to cycle around the whole island and take time out to look at the various museums. There are many shops around where you can hire cycles, if you are visiting without your own bikes.

Our visit coincided with the end of school holidays, and all roads were very congested with both cars and bikes. The island location is very popular with French holidaymakers, and the pace of life is generally at slow cycling speed!

The island became English in 1154, when Alienor d'Aquitaine became queen of England, through her marriage with Henry Plantagenet. The island again became French in 1243, when Henry III of England returned it to Saint Louis. In 1360 however, with the Treaty of Bretigny, Île de Ré briefly became English again, until the 1370s, when it reverted permanently to French sovereignty. 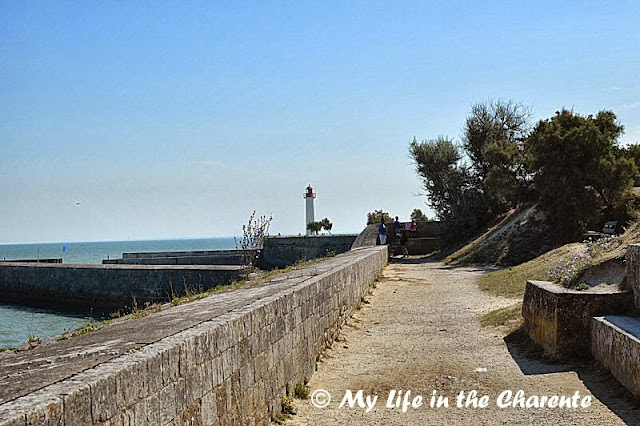 High walls and fortifications remain as evidence of the military past. The island often came under attack from other nations during periods of warfare, of which there were many over the centuries. Thus major fortification works were undertaken to try to defend and protect the island and its citizens. Much of this work was ordered by the "Sun King" Louis XIV in the 17th century. In later times, the buildings were used for the confinement of political prisoners. 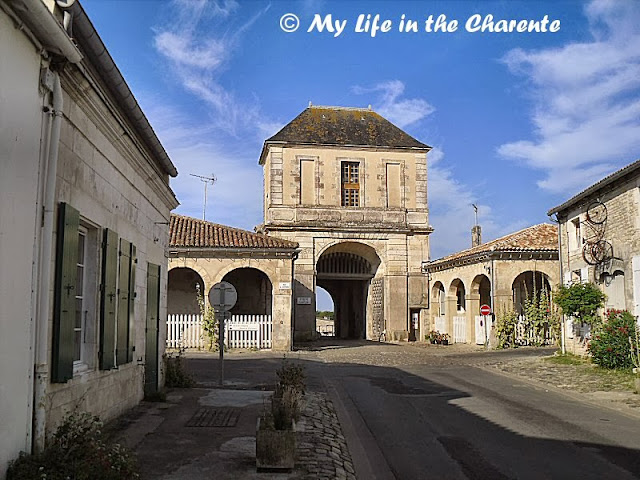 Porte des Campani -one of two entrances to the old walled city. 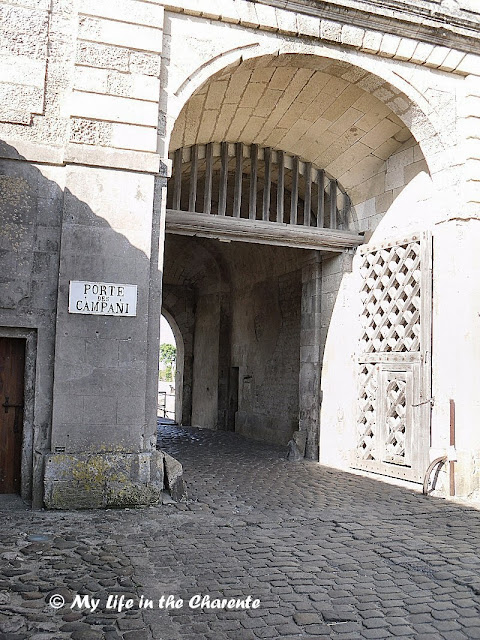 Its cobbled walkways and robust stonework looking now, much as it must have done when it was built over 300 years ago. 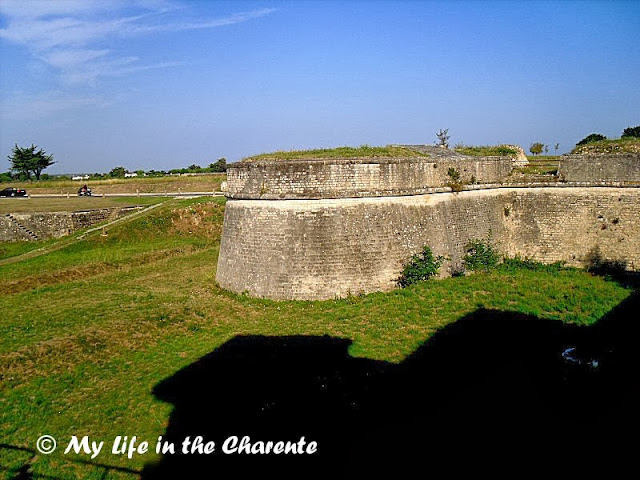 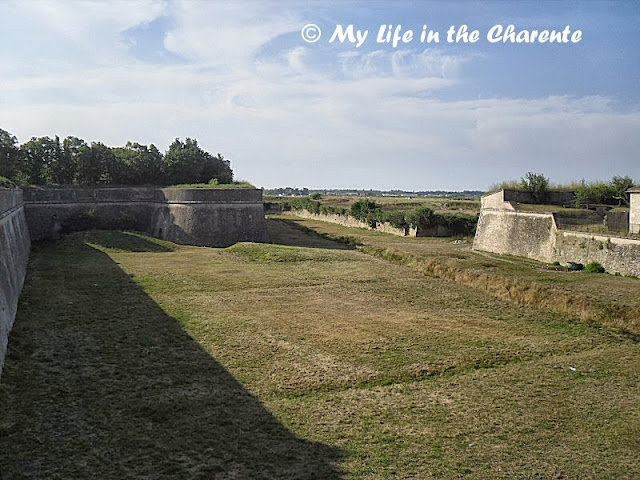 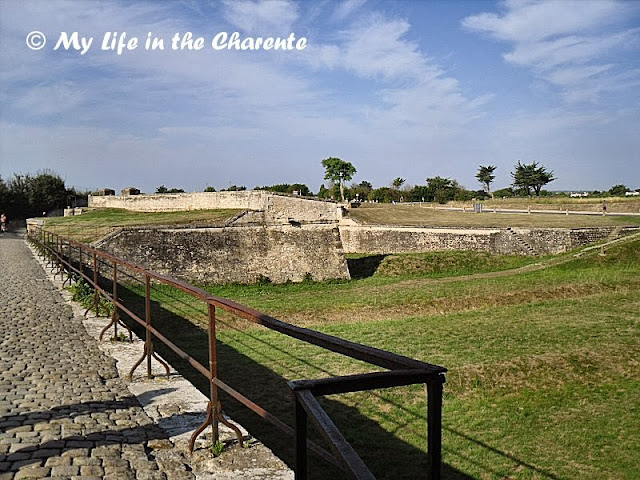 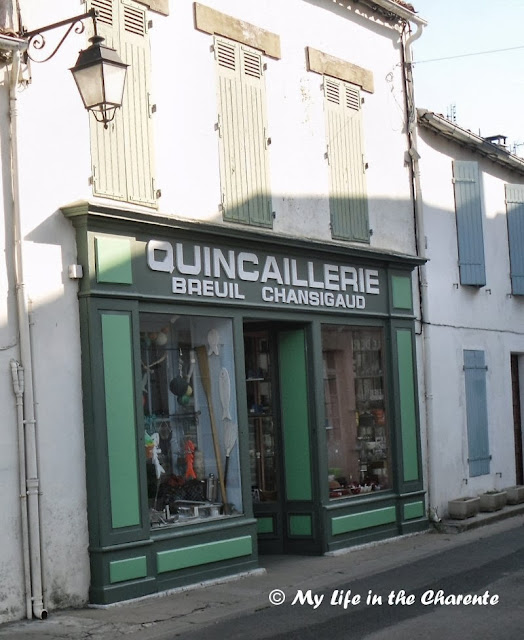 Quincaillerie or typical hardware shop, seldom found in the UK any more. 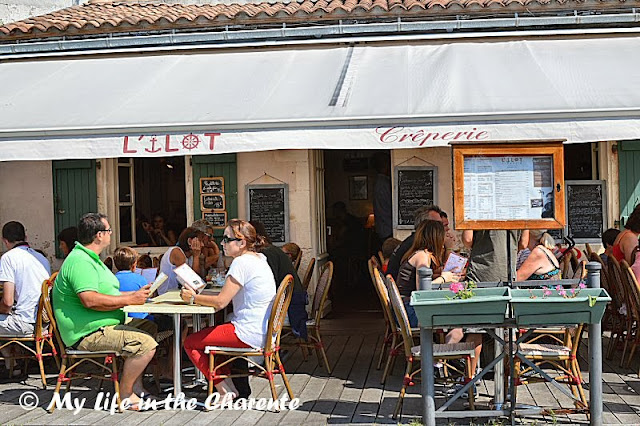 Lunch in delightful sunshine, overlooking the harbour in St Martin de Re, situated on the island's north coast. See below for the view from this terrace!

Harbour jam-packed with boats. One would have to get on the waiting list for a mooring in this very popular port! 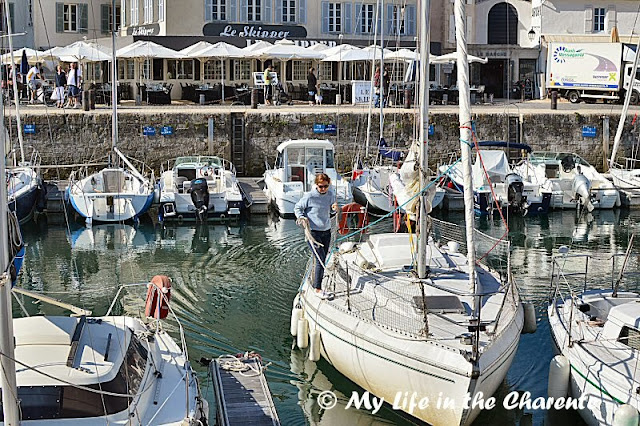 Some skilful boat handling required! With the eyes of the people on the crowded quays upon them, no serious manoeuvring errors could be made! 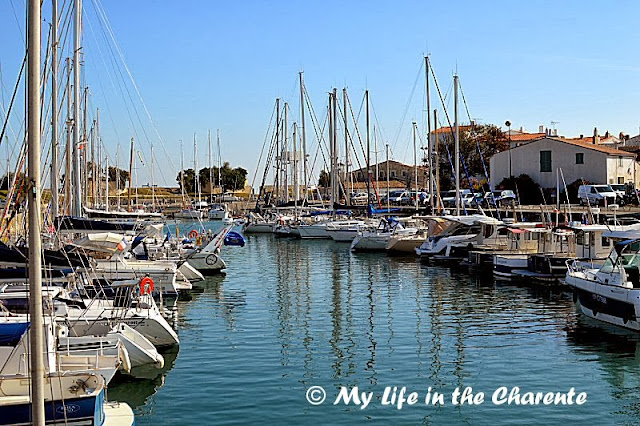 We will be in the UK for the month of December staying with my 92 year old FIL.  I will pop in when I have time to look at your posts, and if possible I will try to catch up on some posts we should have done during the year!!

I will try to keep the photo diary up to to date if possible during this period.
Posted by Diane at 16:43