I do apologise; it is over a month since I wrote Part 1 of this trip!  The fruit and vegetables in the garden have kept me very busy and there were literally hundreds of photos of the excursion for me to  review and edit. The wonders of digital photography, I guess!! Part 3 will be more of this day trip and Part 4 will be a visit to the island port of Saint Martin de Ré.  I have not even started looking at those photos yet!!!

This post documents our day trip to the region called the Marais Poitevin, otherwise known as "Venise Verte" (Green Venice), a beautiful coastal wetland area of reclaimed land, marshes, rivers and canals occupying 100,000 hectares (250,000 acres), making it the second largest wetland in France - after the Camargue in southern France.  Most of it is within an easy hour's drive to the north east of La Rochelle.

To keep the number of photos to manageable proportions, this is only part of our second day there;so there is more to come! 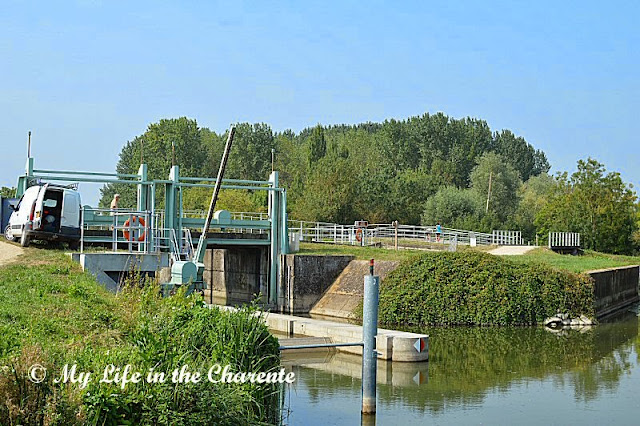 Clever French engineering! Above and below - this is how they deal with canals at different levels meeting at right angles; they pass one canal under another!! Useful technology when you have a countryside full of waterways going in all directions! 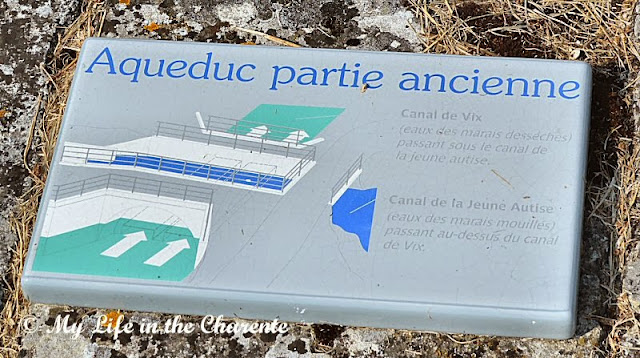 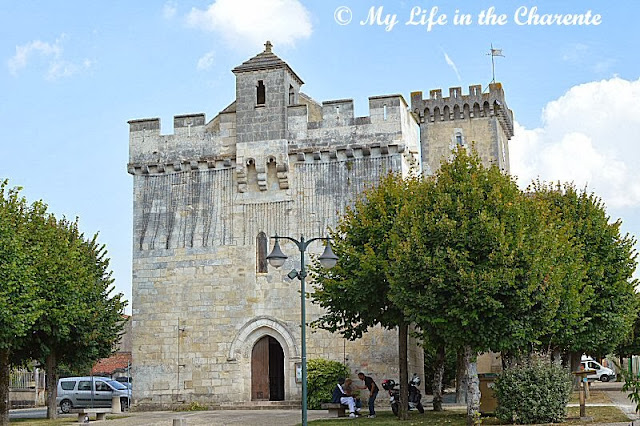 The church roof, on the point of falling in, was replaced in 1814 and much other repair work was done 100 years ago to reinstate crumbling stonework. 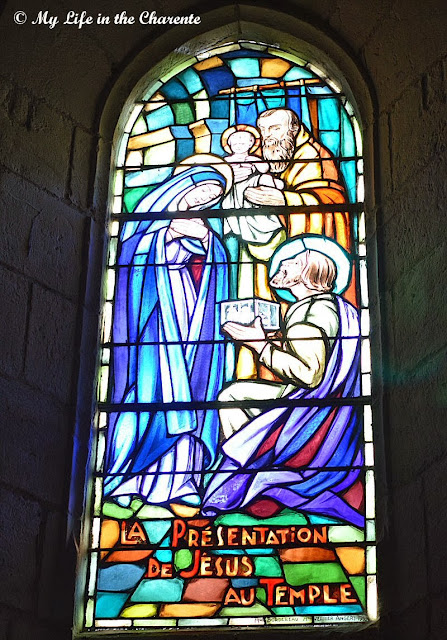 The stained glass, above and below was replaced in the 19th century. 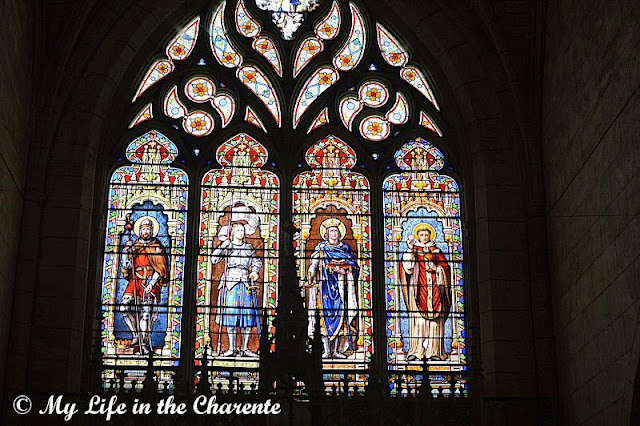 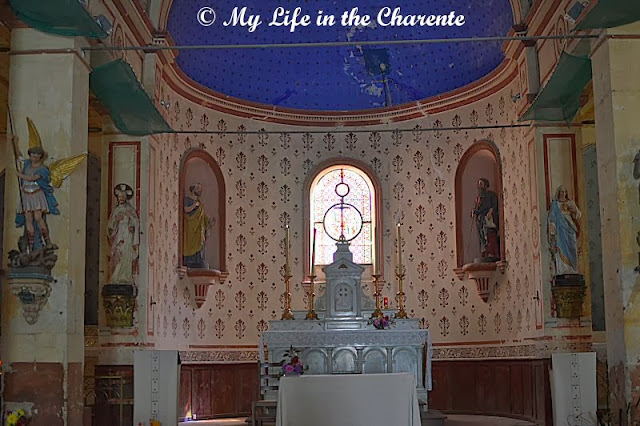 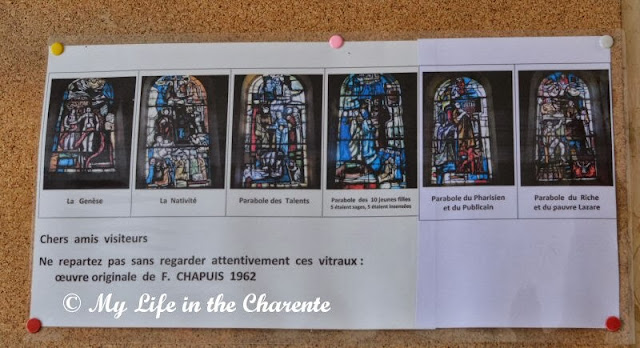 The Church has three naves separated by square columns, supporting a coffered ceiling of painted wooden slats; currently being restored, as you can see below. I have noted before that the French now take pride in their churches and in keeping them maintained! 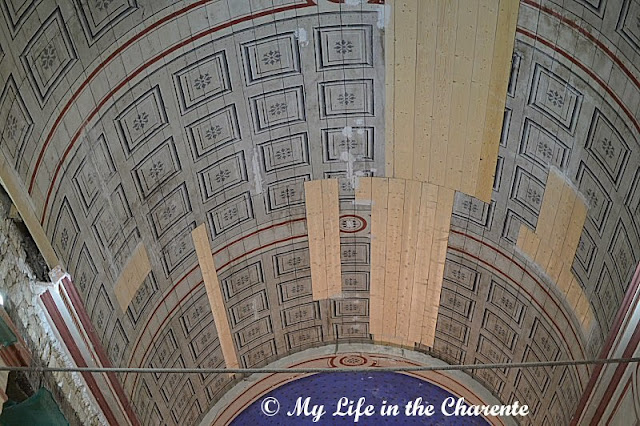 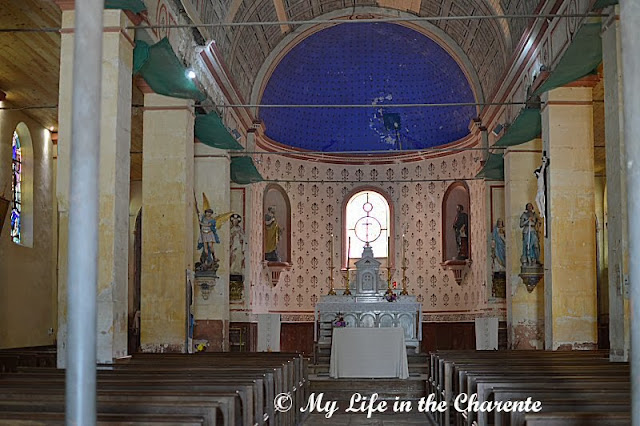 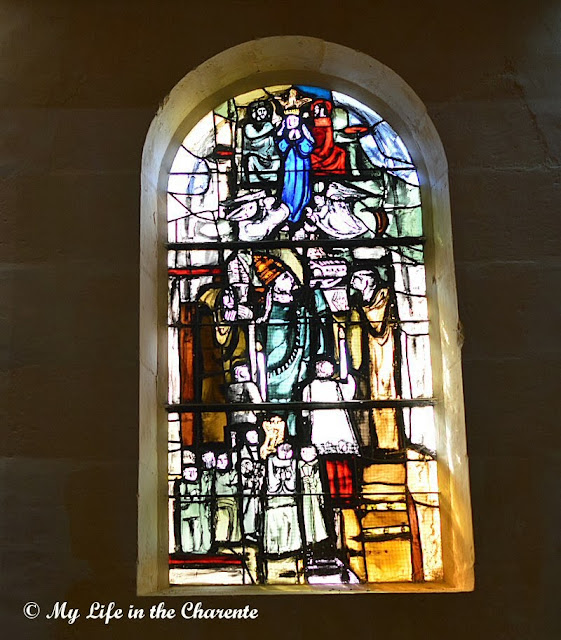 We also visited a bird park at Sainte Hilaire-la-Palud, which had an amazing collection of water birds. 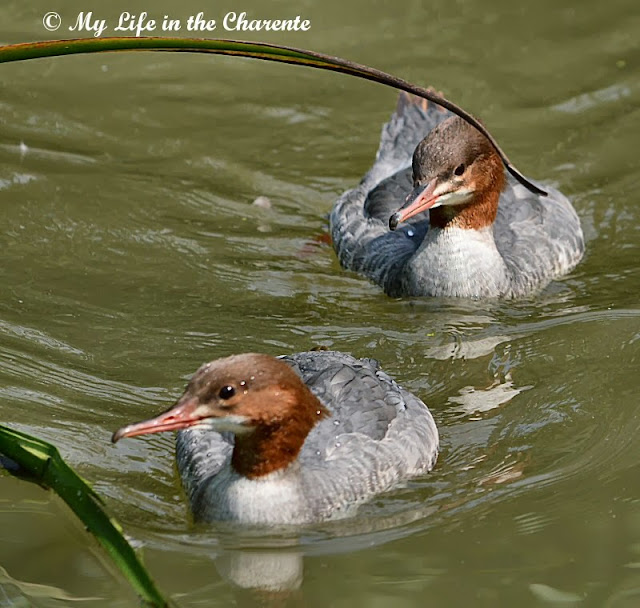 I took many bird photos and I have put them all on a separate page for easy viewing.  See HERE