A Visit to Cellefrouin, Part 2 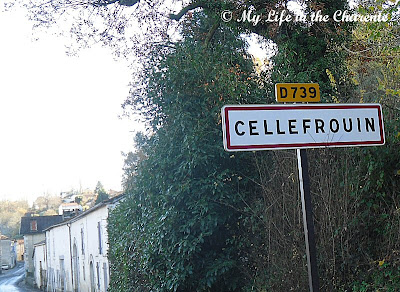 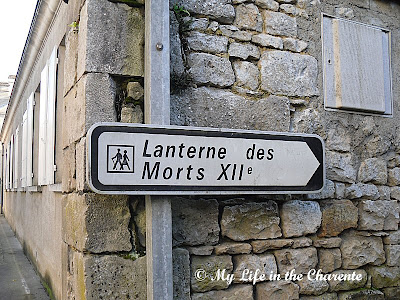 This sign doesn't warn one that there is a steep climb from this point, which is down on the "high street", up a track to the lanterne in the cemetery, higher up the valley. The road loops round between the two points, so it was lucky we were driving! 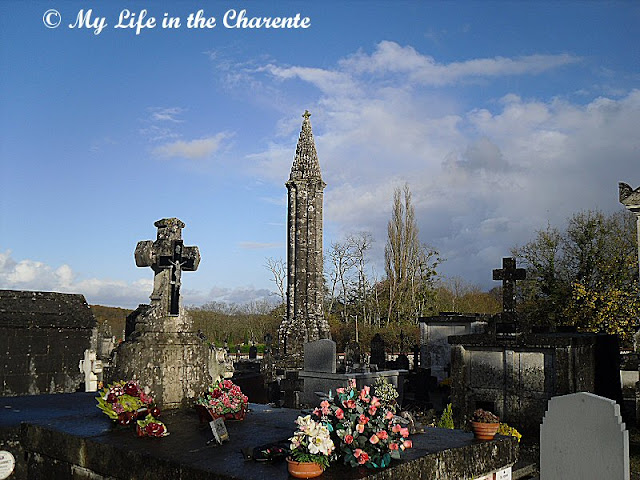 I have written before about Lanterne des Morts HERE 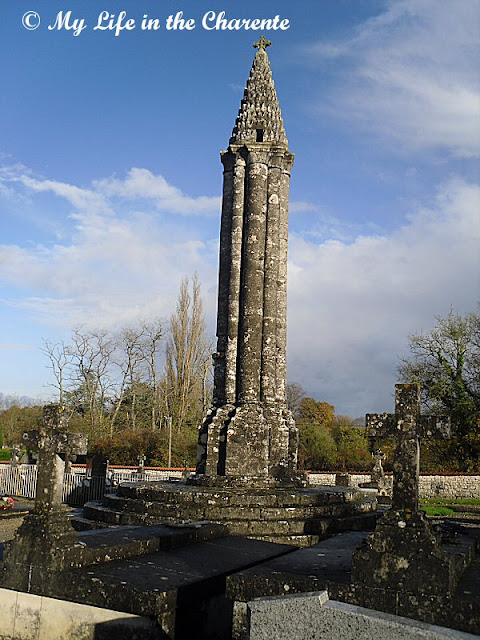 This lanterne, as the direction sign says, was built in the 12th century. An oil lamp at the base of the spire was lit at night to encourage travellers to come and pray for the dead. It's all in good shape after so many years; it's not really leaning - blame the photographer! 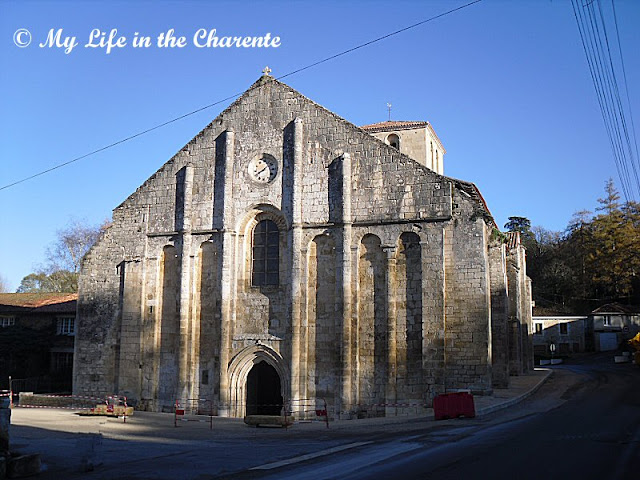 Back in the main street, here we are at St Nicholas's church, an historic monument since 1907.  A lot of restoration work is now being done  and the church leaders are asking for donations towards the cost of €200,000! With only 500 residents in the village, much of the money to be raised will have to come from outside benefactors. 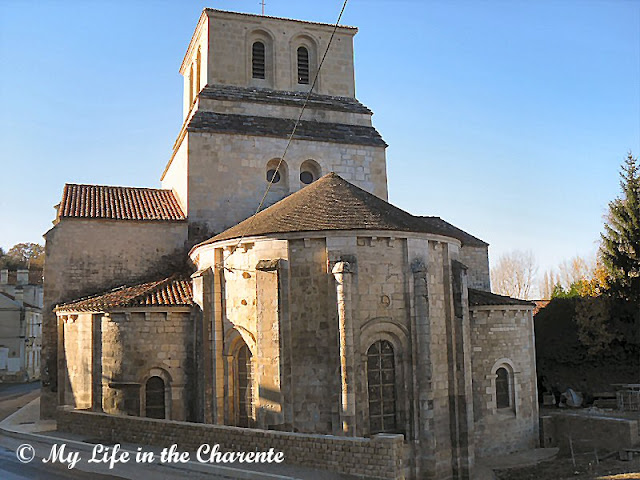 The church was founded as the abbey of St Peter about 1025 by Arnaud de Villebre, the bishop of Perigueux (a town in the Dordogne some 100 kilometres away - big diocese!). At this time, the it was likely to have been of wood. A stone building was commenced about 1060 and, so the scholars believe, completed about 1100-1120, to become one of the most important churches in the region. German Wikipedia tells me that it was spared damage in the Hundred Years War (1337-1453) due to its remote location but was attacked and damaged by the Protestants in the Wars of Religion (1562-98). Once peace was restored, the building was rebuilt and re-dedicated to Saint Nicholas in the 16th or 17th century. You have 700 or so years of history there in a nutshell!! 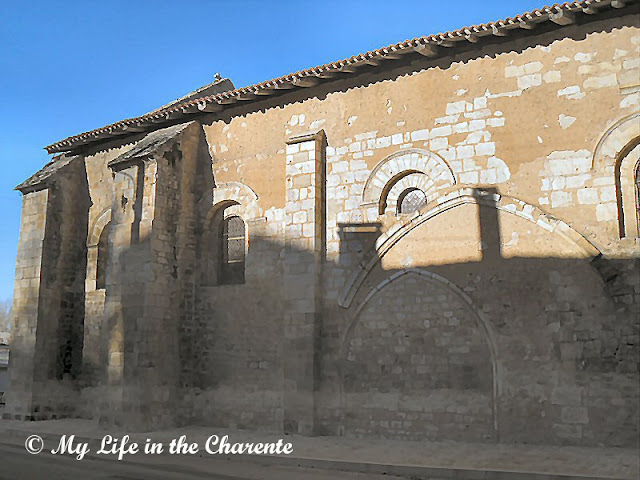 Signs of earlier archways and alterations on this elevation, next to the road. 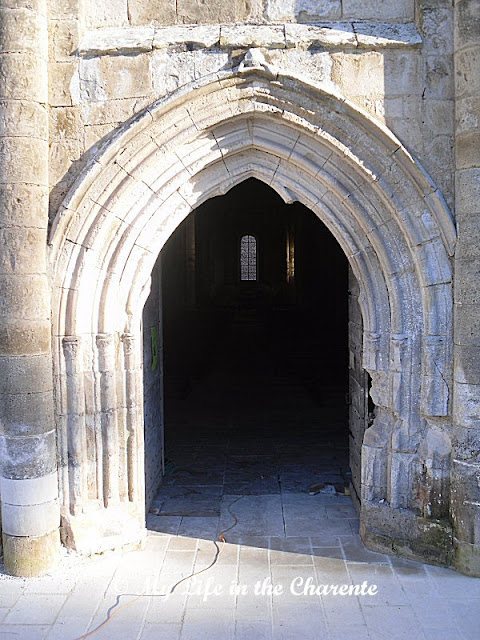 The west entrance, framed by a Gothic portal from the 15th century.  Frost and age have nibbled at the stone of the front doorway and one hopes that it will be fully restored. (A start has been made on the column at lower left in the photo). 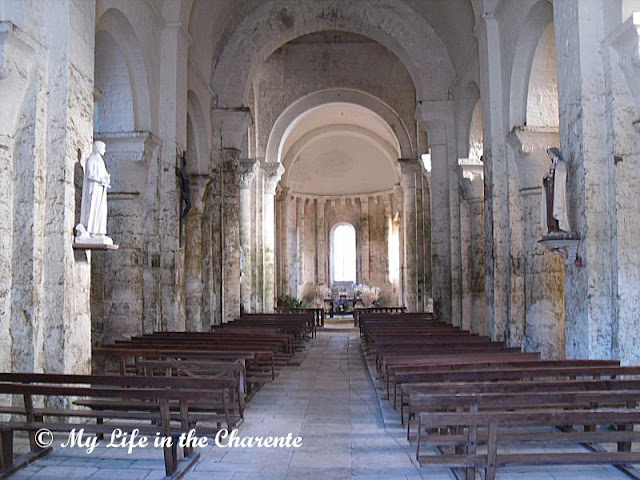 The building's stonework is quite complex for such a small church, with its 3 naves and vaulted roofs.The main nave is above, but those pews look uncomfortable! 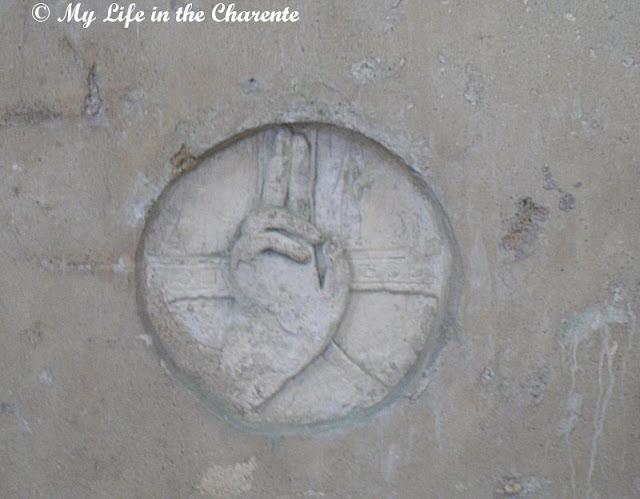 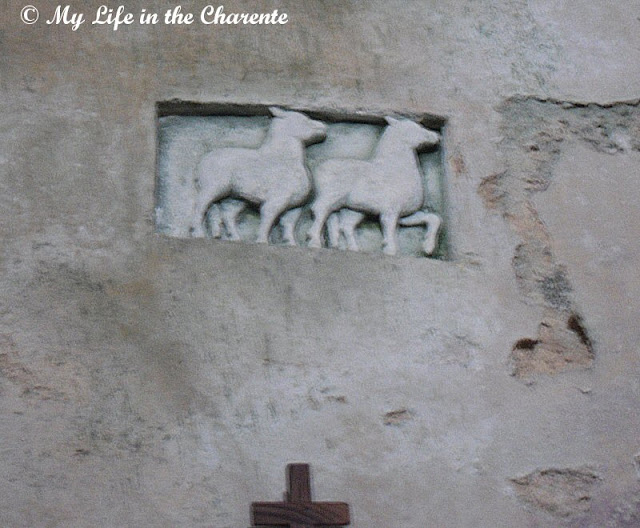 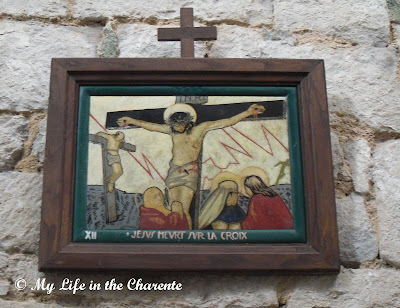 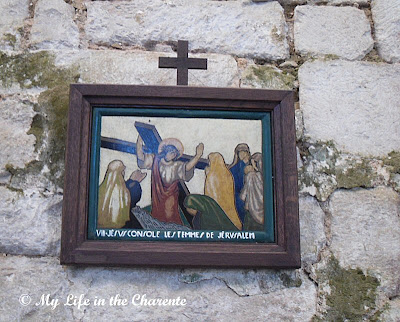 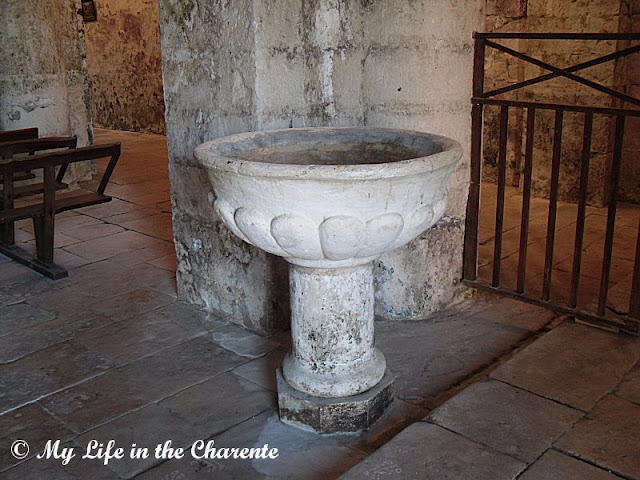 The baptisal font, I guess, all carved from one big block!

Labels: Cellefrouin, Church, Lantern of the dead, Round and About, St Nicholas