A Visit to Cellefrouin, Part 1

Seeming at first glance to be” just another” lovely French historic and rural village, Cellefrouin, set in the steep sided Font river valley, seems to have more than its fair share of interesting features, some of which I will show you in this pictorial ramble and some in part 2, as there is too much for one post! 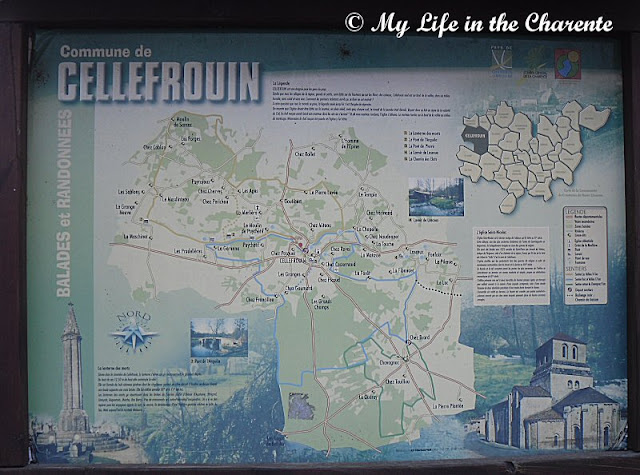 This is the local  map for walkers, a common feature of Charente villages and erected for the benefit of the many French and foreign visitors who enjoy rambling through the totally unspoilt scenery! 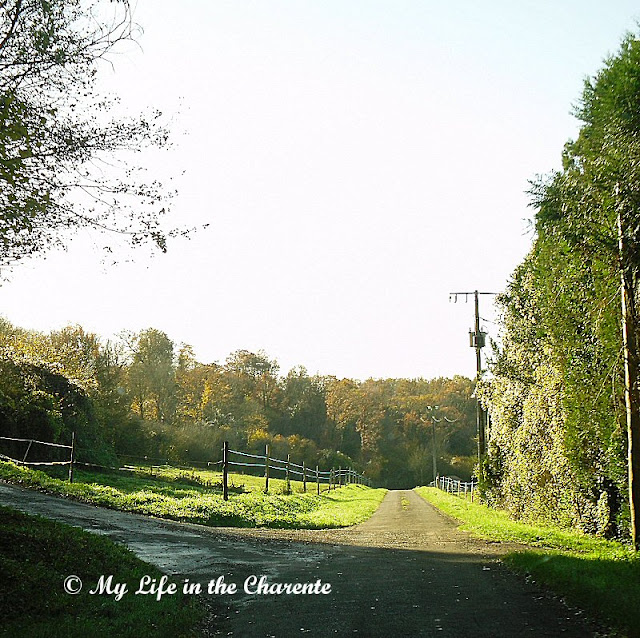 Using this information, we took this small untarred back road, parallel to the river, to see if we could find the watermill reputed to exist in a nearby hamlet. No luck with that, but then another delight appeared around a corner! 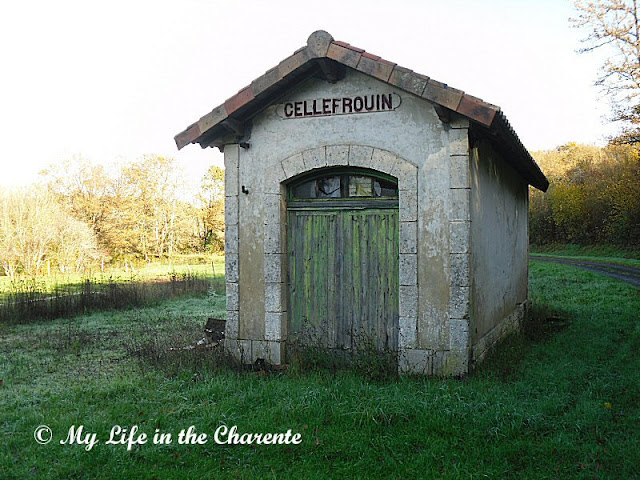 This charming but neglected little building next to the river is, I believe, the last remnant of the railway halt which served the village. That must have been a long time ago, as there is no indication of where the track used to run, save for the nearby river bridge (below), across which the railway must have passed. 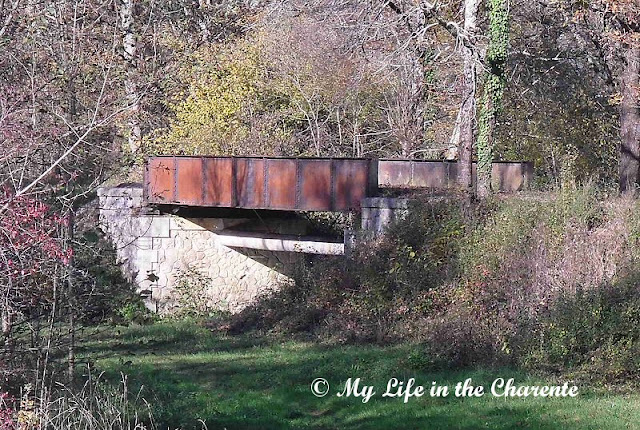 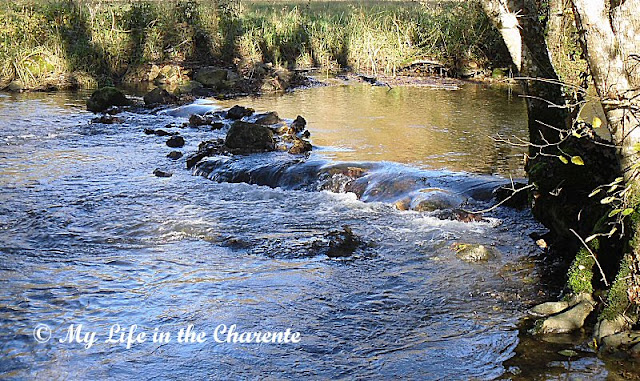 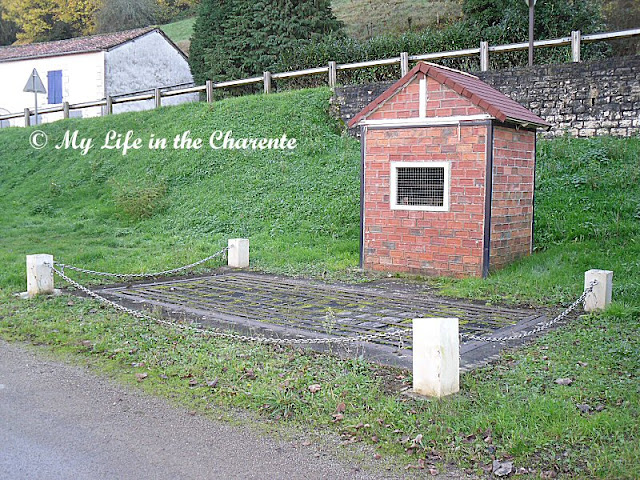 The village's old weighbridge. As you will have seen from earlier blogs, the  authorities like to preserve the old ways of life and these little features are generally well-kept, some even boasting flower baskets  in the summer! 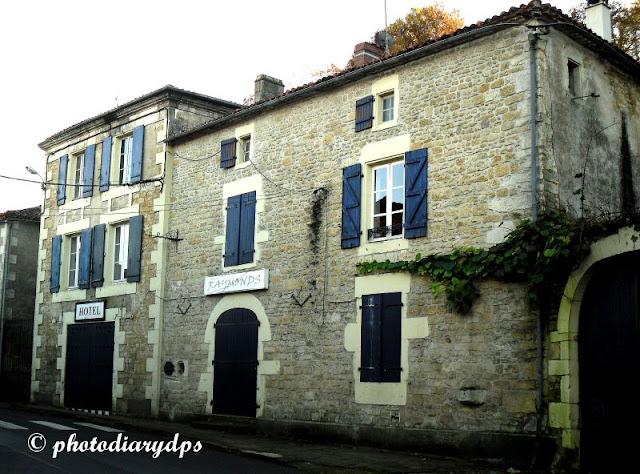 The hotel and restaurant on the main road through the village. This forms quite a busy route for lorries, as the road takes non-motorway traffic, following the river's course, west to east across the area. On the chilly but dry November day we visited, all downstairs shutters were closed up, as you can see! Many such businesses shut down for holidays before Christmas and this could be the reason for the lack of activity. 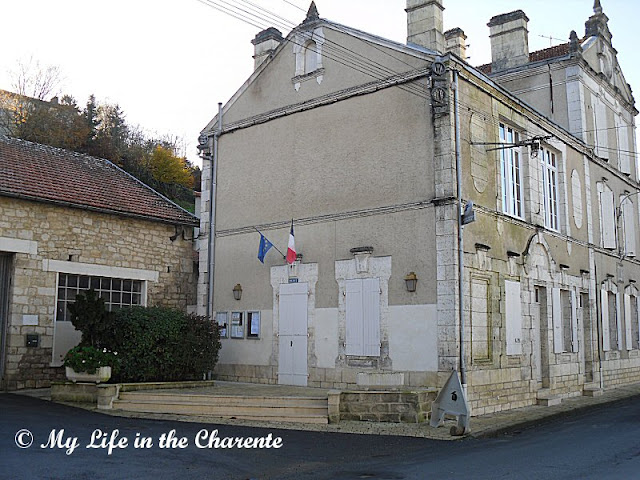 Almost next door is the Mairie, presumably closed for lunch! A grand building for a relatively small village of 500 or so inhabitants. 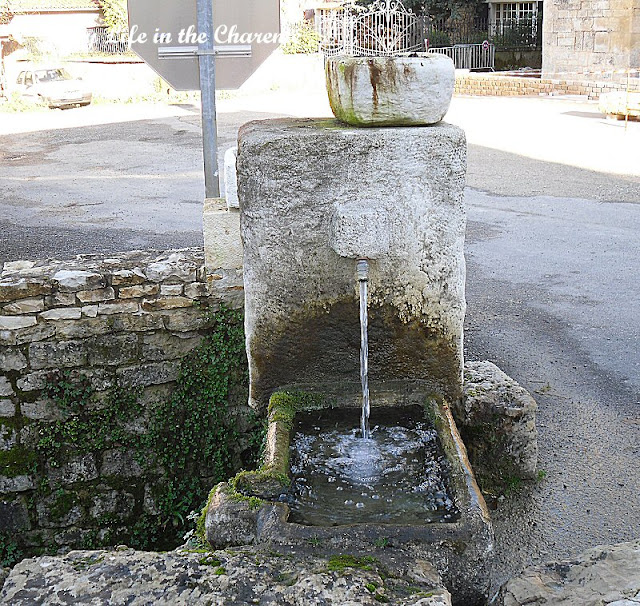 Just across the road, we saw this lovely fountain and water trough. Below and to the left in the picture, a little stream runs  downhill in a deep channel, away to the main river. 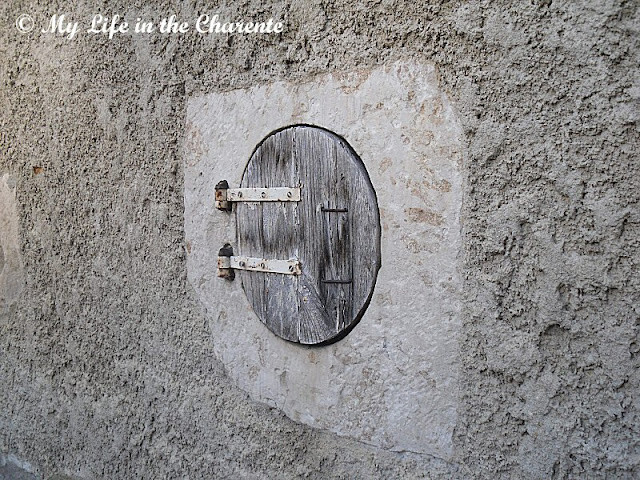 With my liking for mysterious windows and doors, I just couldn't resist this example, set in a huge stone block for some forgotten reason!! 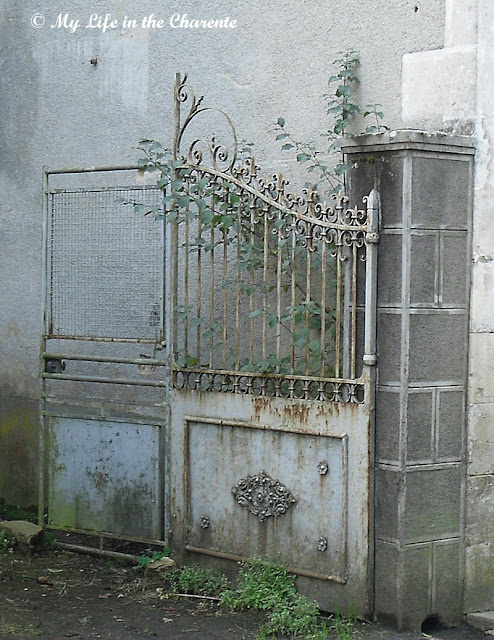 Iron gates in unmistakable French style, but these need some TLC! 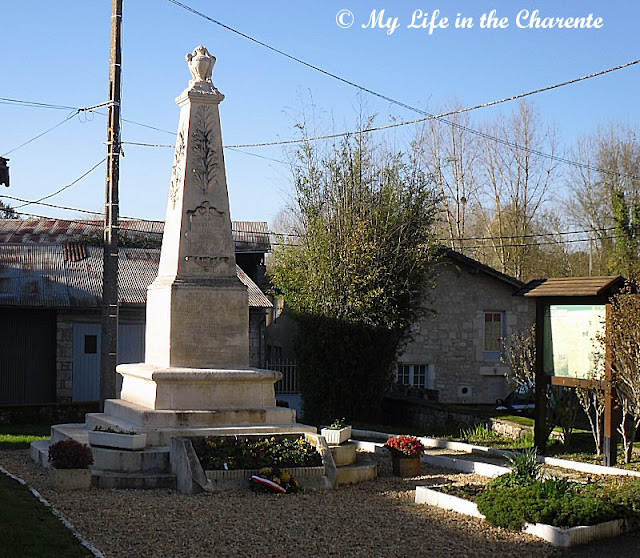 and last but certainly not least in  Cellefrouin part 1, the War Memorial.

Part two to follow next week with more places of interest in the village.