This post has been a long time in coming!  Not just the post, but the greenhouse as well!  We bought it  in kit form almost two years ago, while we were both in the UK   and it was delivered to our house  over there.

The boxes were very heavy,  some very long and there was also, of course, the glass!  Despite me having a large Ford Mondeo Estate, there was no way that I was going to get all the boxes in the car.  The car had been used to transport railway sleepers, so that gives one an idea of its size. One of the biggest UK  "station wagons" on the market.

By April 2011, we had we managed to arrange with a "man and  van" to collect the greenhouse boxes, and fill his van with a whole lot more of our boxes (and more railway sleepers) for delivery to France. All the glass had to be wrapped in cardboard to protect it as far as possible!

When the van arrived in France, I was lucky enough to have the help of my friend Jean-Paul to help me unload.  He is quite small, but incredibly strong and I caught him taking off  with a railway sleeper on his own!!  JP has become a good friend following his work on renewing our roof.  He arrived at our house last Sunday evening with a whole tray of cepe mushrooms that he had gathered that day in the woods; his wife said there were too many for her to deal with!  Yum yum, we had cepes on toast, cepe lasagne and cepe soup!!! 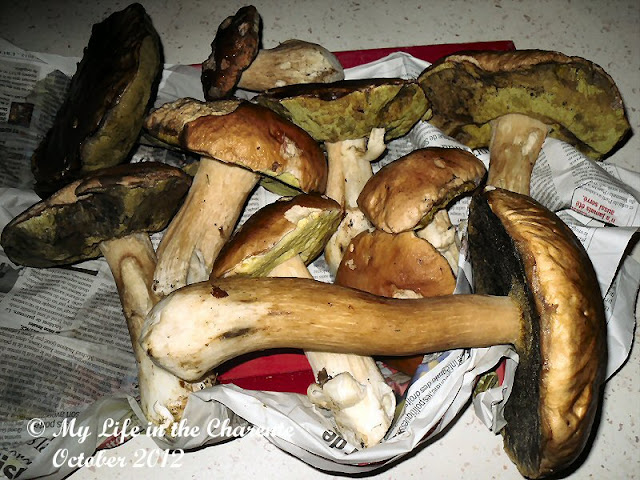 Oops I digress, this is about the greenhouse.  Nigel came over in the July  and we thought we we would quickly put the greenhouse up; two days at the most!!  I am sure most of you have tried following DIY instructions (these were a small book!) and generally they were not that simple.  I think these were harder than most and only clear if you had built one before!  We assembled sides and ends and tried to bolt them  together; they didn't look right, so we took them apart and tried again! 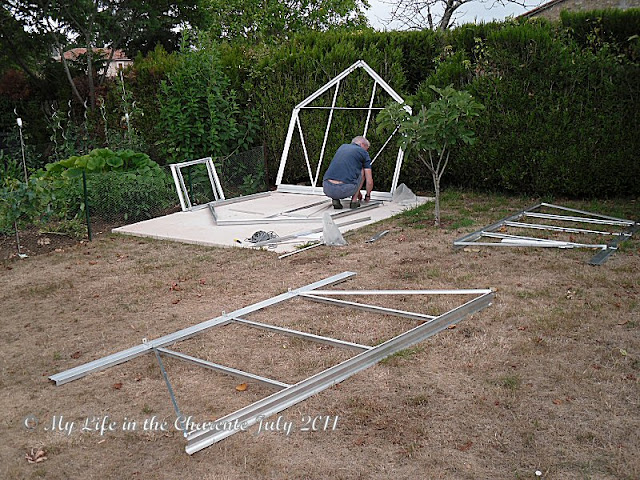 Finally we carried the various bits to the barn, where they stayed until we eventually moved here at the end of the year!!  Further work had to wait until March this year, as the weather was too cold and we were blanketed in snow for several weeks.

With further head scratching and spanner work, the structure  slowly, very slowly, began to take shape and it was positioned on the paving Nigel had put down over a year earlier! 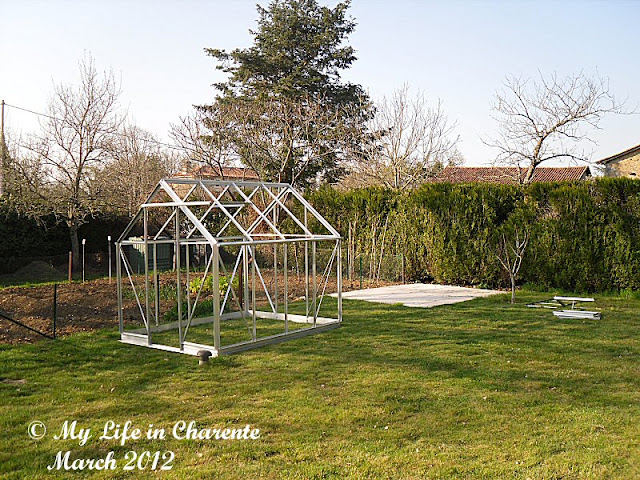 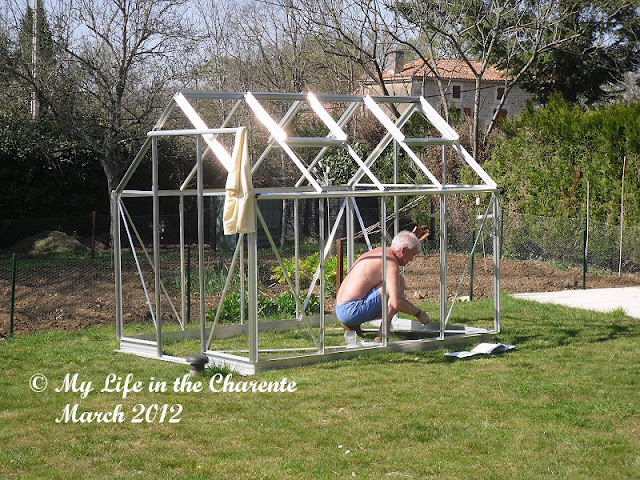 We then had a weather delay - endless rain, but the glass fitting and shelf installation went quite quickly, until at last in May, the job was done!! 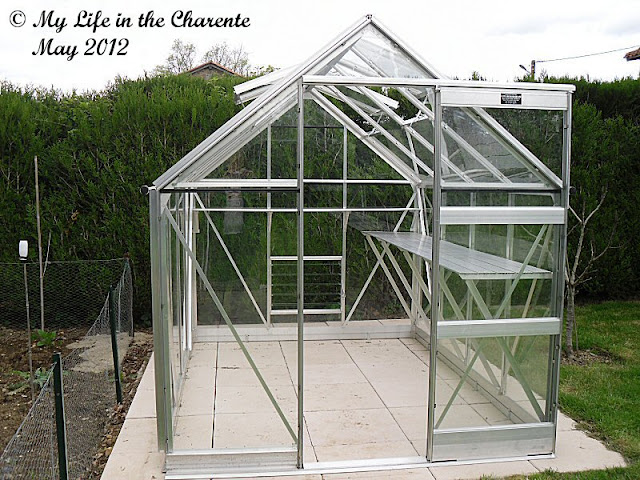 Hopefully by early spring next year, the seedlings will have got away earlier than usual.  We have not got heating in it, so I will still have to use protection, but I am looking forward to putting it in use!!