An Abundance of Courgettes (Zucchini) and Haricots (Beans)

Despite not feeling quite myself over the past week, (see last post), the garden has been unrelenting in its production of more and more tomatoes, beans and courgettes!!  There were potatoes to be dug as well!! Consequently, the produce needed to be sorted out fairly quickly, otherwise I would have had too much to cope with if the harvesting and preservation fell behind!. I guess the bottling process distracts me from the shingles!!  For many great ideas for surplus courgettes, see HERE .This is a great link with masses of ideas.

I am, however, very thankful that my  efforts over the growing season have been so well rewarded with loads of vegetables, over a spring and summer of very difficult and extreme weather conditions.
Because I have only a small deep freeze, the easy "freezing" way out was not available to me, so I have been bottling more and more!!  Thankfully, I had a good supply of jars, with plenty still in reserve  for vegetables still to come.
Because we have had carpenters in (lots of noise and another post), I have been making courgette cake (two kinds) as an accompaniment to their numerous cups of coffee.  Both recipes were very popular and the suggestion was that while the courgettes last, they might just move in!!  As the recipes are on my cookery site and I am feeling a bit lazy, I will give you the links for these recipes, so you can follow them there if they take your fancy. 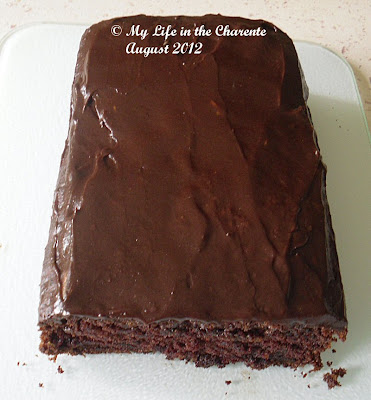 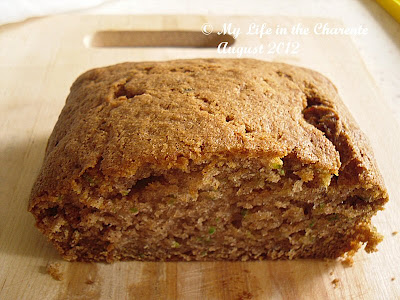 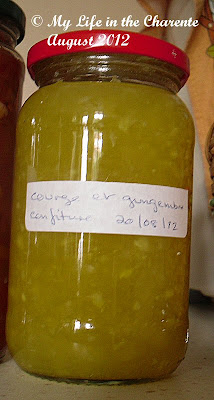 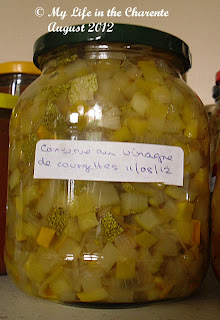 Courgette Pickle (Yum Yum)
Back to the pickled beans ......  I brought the pickling liquid mixture, left from the courgettes, to the boil,  and added the haricot beans, washed, top and tailed and cut in half. The mixture was then brought back to the boil and bottled immediately. In France, these beans are called haricots verts, but  you would probably know them as French green beans.

I experimented with this last year and the result, although I say it myself, was fantastic!  The beans seem to shrink a little in the bottle, but when we came to eat them, I simply put the drained beans in fresh water and brought them to the boil.  Drain and serve hot; they were delicious and slightly crunchy, just how we love them. You could probably just make up the pickle mixture for the beans alone, but I have always used it for the two recipes - courgettes and beans. 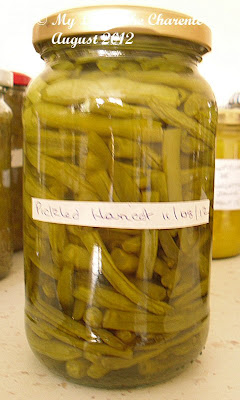 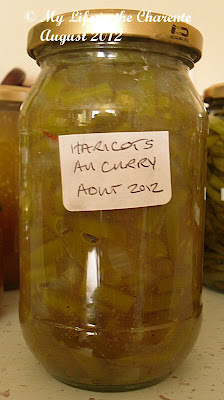 Curried Beans
I made these last year and we thoroughly enjoyed them last winter, so I made some more!!! 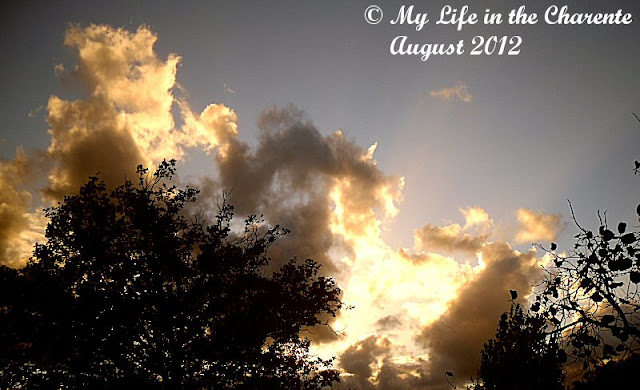 Finally, I just liked these clouds that were in front of the sun the other evening.