We bought our house in France in 2005 and the photo below is what the front of the house looked like at that stage. 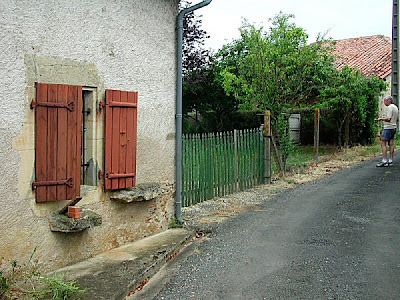 In 2006, we stripped the walls of the house of the old moth-eaten plaster, as you can see below, to expose the beautiful stone. In a bygone age, people had applied plaster to the stone walls of their houses to demonstrate to their neighbours  their newfound wealth. We did the opposite!!
The shutters had received one coat of paint at the time of the photo below but you can clearly see what we thought was a solid gate and fence. 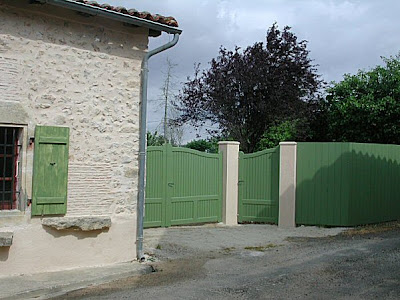 By 2010, solid it was not; strong winter winds and rain, together with too-short hinges and poorly seasoned supermarket timber used by the (now bankrupt) builder, had caused the gates to drop in the centre, so they didn't open properly. We had them replaced with new purpose made oak framed units, filled in with sequoia panels.  These should last a bit longer, we hope! See HERE 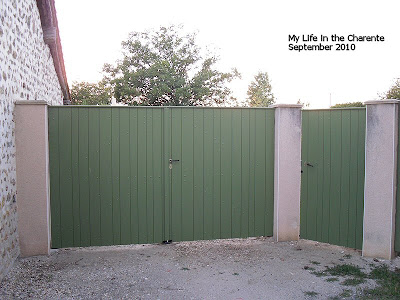 By early 2011, we had got fed up with trying to patch the fence, which the wind had blown over a couple of times in the intervening years.  The posts were rotten! 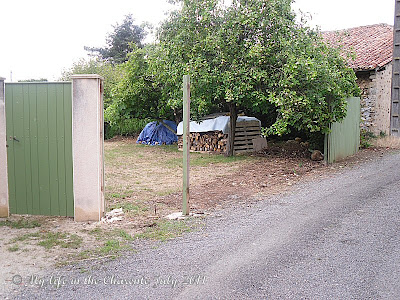 While Nigel was here in July, we removed the whole fence, and deposited the remains at the dump, which by this time was where it belonged! 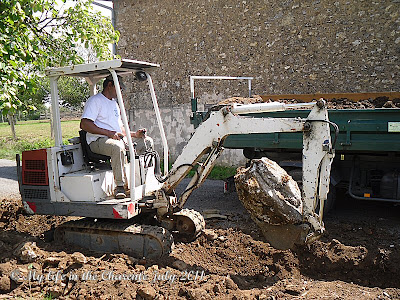 At the end of July, we employed a local builder  who dug the trench 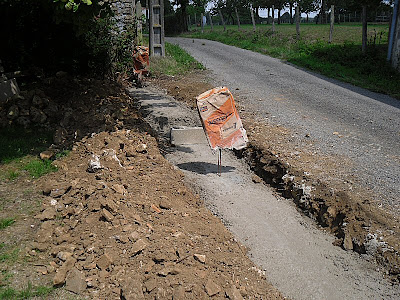 and put in the foundations. 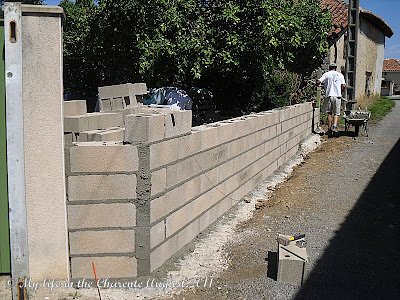 At the beginning of August, the wall was started 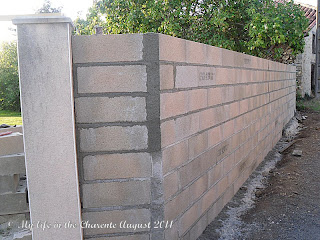 and by the afternoon it was at full height, only one man doing all the work! 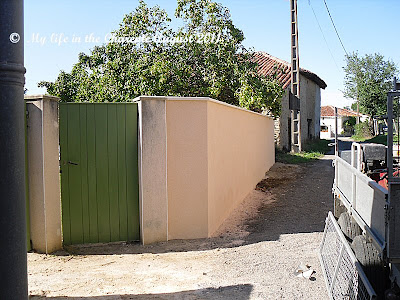 Almost there, only tidying up still to do. 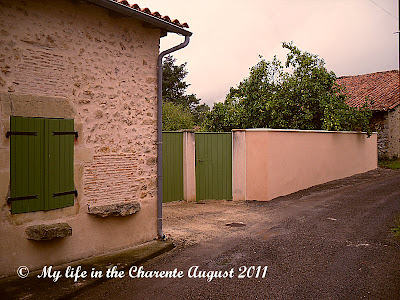 Now compare this photo with the first one, what an improvement :-)
I apologise for the strange tint in the last picture, but the camera obviously couldn't cope with the  odd colour sky and a slight drizzle when I took this.
Nigel has not seen the wall in 'real life' yet, but I hope he will be as happy as I am when he gets here.
Don't forget the giveaway, see HERE to be drawn on the 24th August
Posted by Diane at 19:24