The wood carvers were back again in Chasseneuil-sur-Bonnieure this year.  Either I missed them last year, or they had a year's break.  I have not seen any new carvings around the town, so I suspect that they took a year off.   For  photos from previous years, take a look under 'labels' and 'wood carving'.
As I said in earlier blogs, the team of wood carvers come from Canada.  They are amazing to watch and they work with chain saws, hammers and chisels and finally they sand everything smooth by hand.  The end products are eventually treated with sealer and placed in and around the town for all to see.  I made four visits down to the town this year, so I could take photos as work on the various sculptures progressed. Note all photos can be enlarged with a single click. 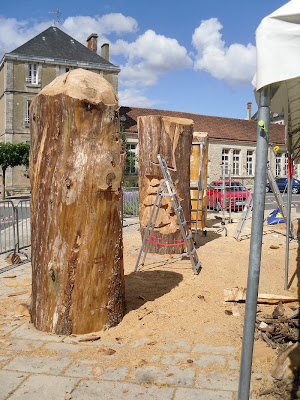 There were in fact 5 logs in this group; two were out of shot over on the right. The wood is cedar and the smell while they are working is very strong.  You can see they had just begun when I took this photo. 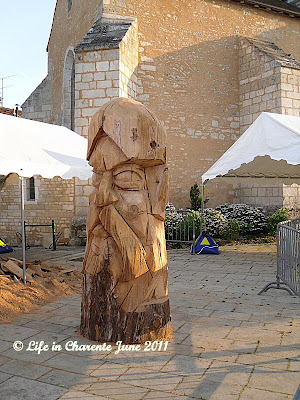 This are the same three logs as above and you can see how much work had been done on them by the middle of the week. The fourth log was modern art, and at this stage I had still not decided if it was my style or not!
This face was very distinctive already. 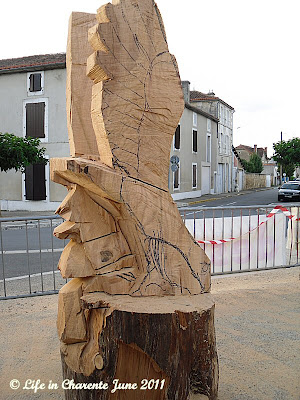 Without the sketch, I think I would still have been wondering 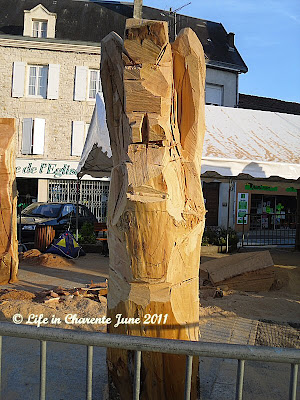 This one I thought may be an angel but you will soon see how wrong I was! 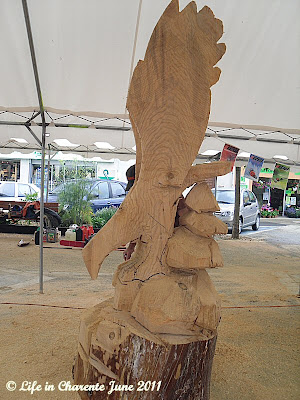 The eagle is starting to take shape on the third visit 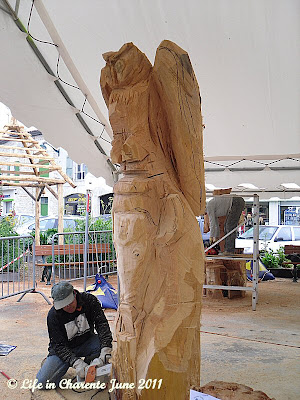 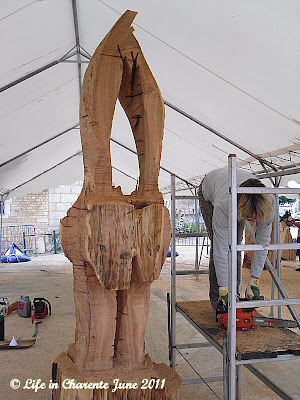 I was still not sure about the modern art, but thought it was time you took a look! I have also realised that somehow I missed photos of the fifth log until the end! 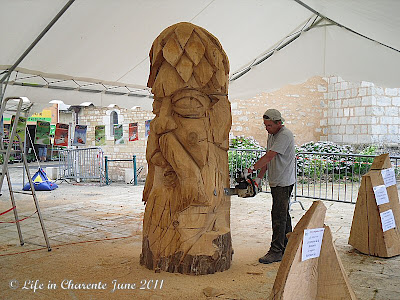 The face was improving by the minute. 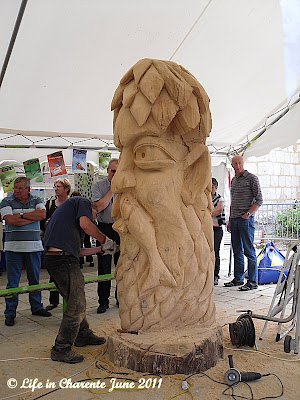 My last visit and they were still working on the finishing touches. Note the moustache is in fact a fish.  There were two of them, one on each side. 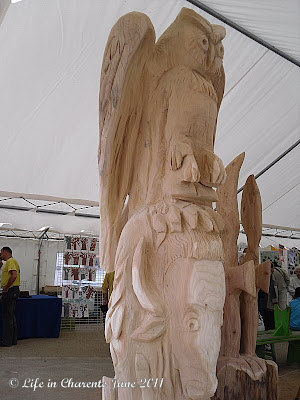 The owl from the front 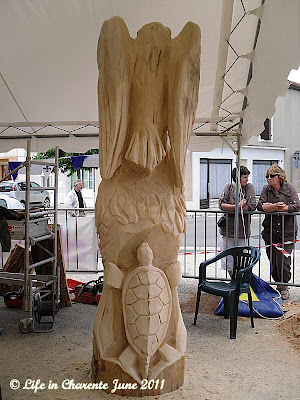 and from the back, suddenly  a turtle appeared. 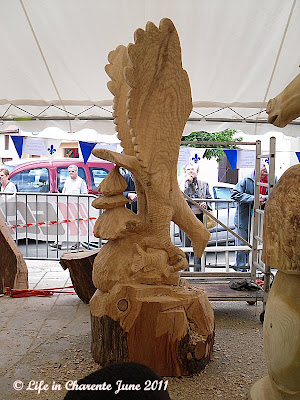 The eagle, if you look carefully, has a fish in its talons 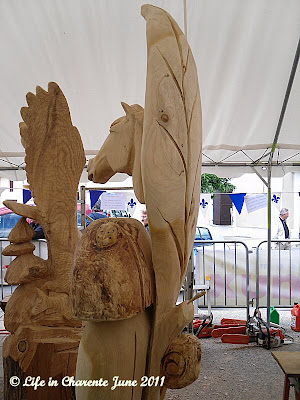 The carving I had previously missed, has a horses head above a mushroom, with a snail climbing up the right hand side. On the top of the mushroom is a ladybird. 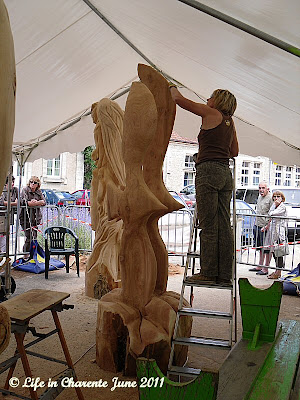 The final touches to the modern art 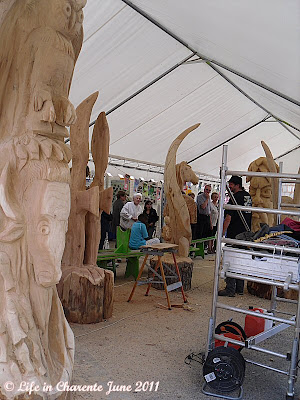 and a final summation of the week's work.
Posted by Diane at 18:08