Round and About - Aixe-sur-Vienne Part 4

Following on from Part1, Part 2 and Part 3, here is my final post on Aixe-sur-Vienne.
L’église Sainte-Croix (The church Sainte-Croix) dates back to the 13th century.  It was built true to tradition and it would have been a place where travellers who were returning from Jerusalem would have stopped. The South Chapel was added in the 15th century.  Various changes were made over the years, but in 1767, there was severe lightning damage to the bell tower and major repairs took place in 1768.  In the 1800's, there were various repairs with restoration finishing in 1884. Further restoration of the tower and the West wing were done in 1983.  The three-span vaulted warheads of the nave are from the 16th century, and were restored in 2002.  The church contains great treasures as there are 21 shrines there. 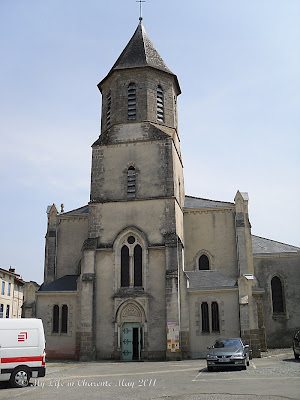 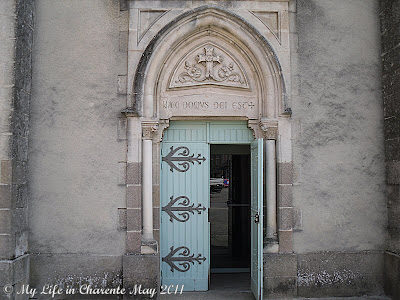 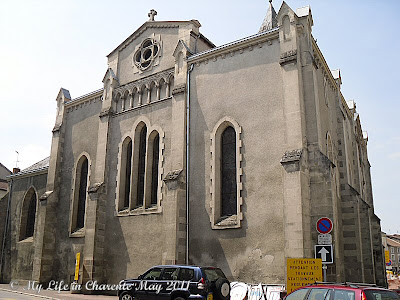 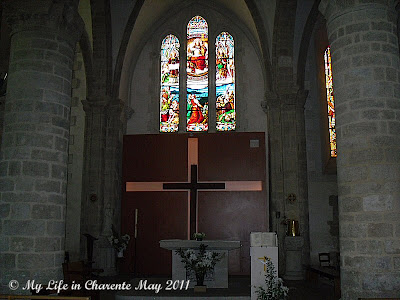 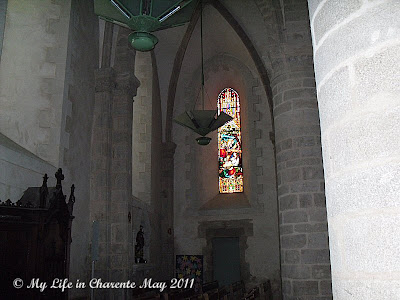 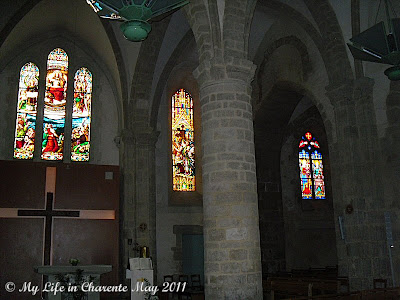 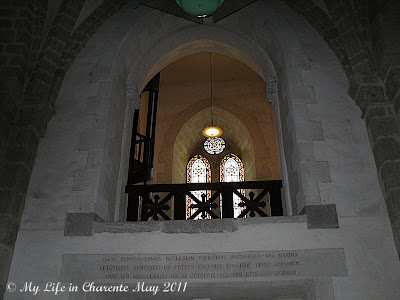 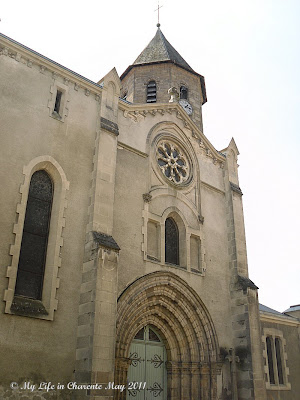 Finally, here are a couple more photos that I took of the medieval bridge  when I visited it with my friend a couple of weeks ago. I think they are an improvement on my previous efforts!! See Part 3 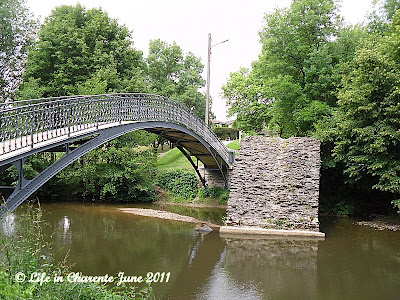 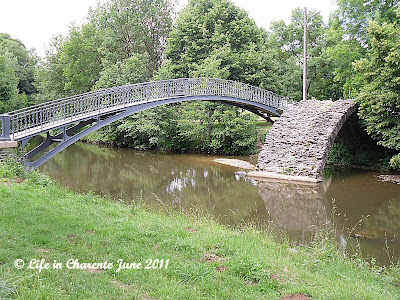 This one was of a house downstream which, I imagine, had an industrial use at some stage, with its very high chimney.  There was a man happily fishing on the wall, but I think he must have moved behind the tree!  My friend is in the foreground taking her own photos. 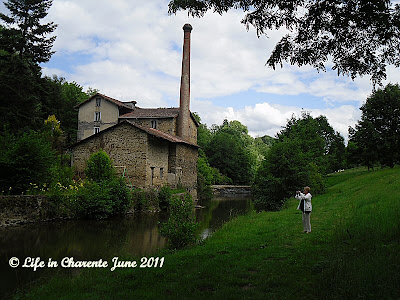 It was so peaceful and tranquil here with only the birds singing in the background.
Posted by Diane at 22:06