A Few Bugs Around the Garden and a Feathered Friend

I thought it was time for a change from my last few posts, so I decided to do a post on the bugs that I have photographed around the garden this year.  I have several followers who are very talented when identifying insects, so although I will give names where I can, I quite expect to be told that they are incorrect! 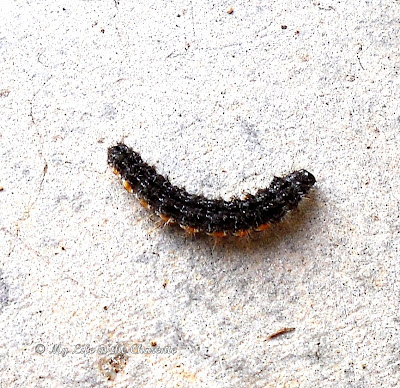 This caterpillar is that of a Knapweed Fritillary butterfly 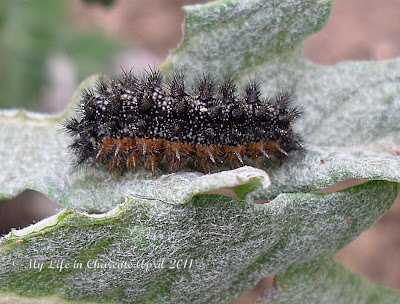 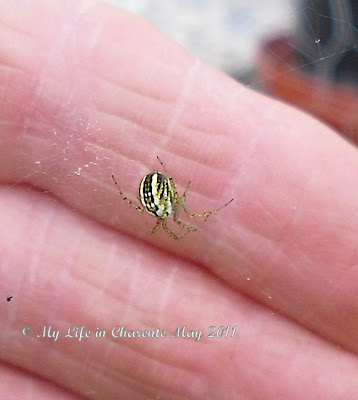 No, I was not brave enough to allow this spider on my hand!!  It is on its web, just in front of my fingers. It was the only way I could photograph it, as it was so small and the camera would not focus. My reference book has nothing like this in it, so I have no ideas. Help!
Thanks Lucie the spider is identified as Mangora acalypha. 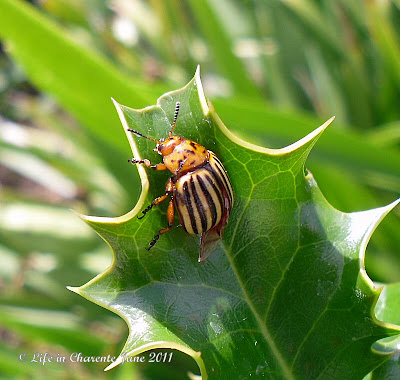 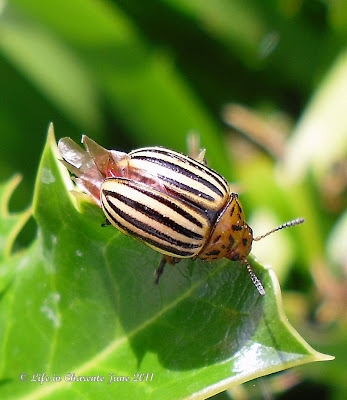 This beetle was on my holly minding its own business, again I have no identification! My suspicion was correct, and has now been conformed by 3 of my followers and this is the Colorado beetle (Leptinotarsa decemlineata) which is very destructive to potatoes  Thankfully I have not seen any more. Thank you Nadege, Noushka and Roz 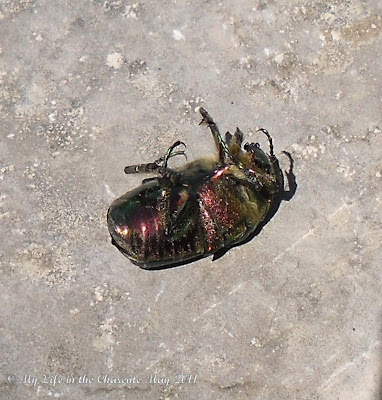 Oops, how did I end up on my back? 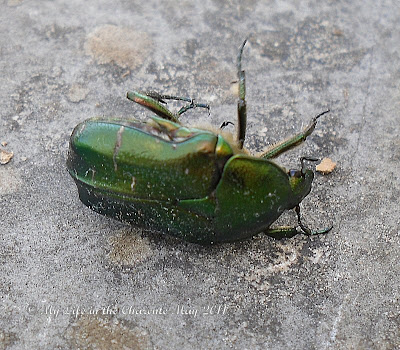 Someone has tried to roll me over, but now I am playing dead just in case. 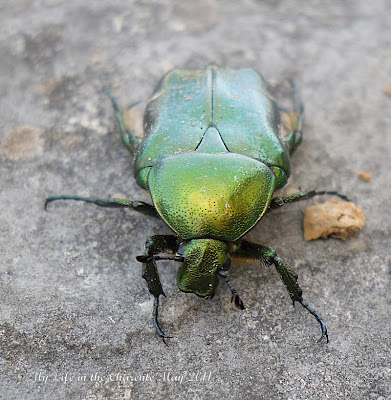 Oh well, perhaps I had better try to get back on my feet again!!
This is possibly a Rose Chafer but I am not certain; the head does not look quite right to me. I was right here and confirmed by Noushka, thank you. 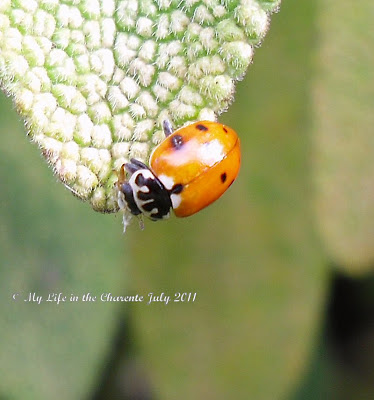 Presumably one of the ladybird family - I am not very good at this identification business, am I!!!
Also thanks to Lucie the Ladybug is: Hippodamia variégata 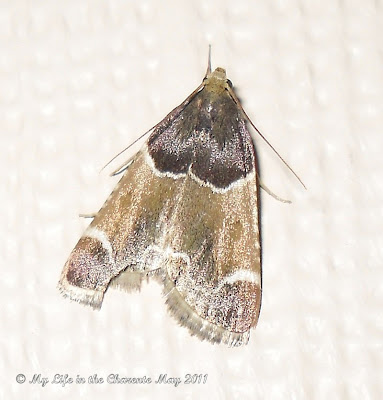 This could be a carpet moth of some kind but........
Again thanks to Lucie - Hemaris fuciformis, the gassed Sphinx moth 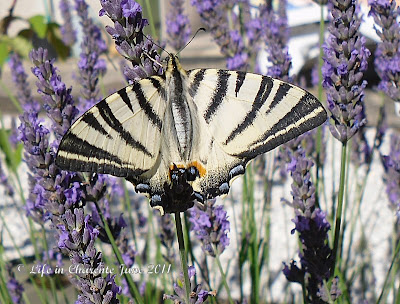 Swallowtail, Scarce - Iphiclides podalirius, it looks as if this one has been in the wars as it has lost its 'tails' on both wings 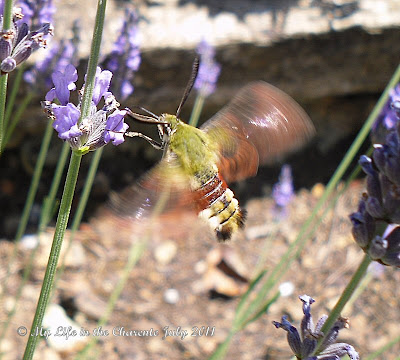 This is a Humming Bird Hawk Moth and I have been trying for several years to take a photo like this.  My camera cannot cope with the high wing speed, and apart from this, they move around far too quickly for me.  This was a lucky shot where the moth momentarily stayed in the same place just long enough for me to catch it in this pose.
As I type this I am listening to the call of the Little Owl. As far as I know there are three of them outside. I have just been out to check and there is one on the roof of our house, one on a nearby telephone pole and the third one is in a tree in the garden.  They have a lot to say this evening and I just love listening to them.  They have been around a lot this year and I am really happy to have them here. The following photo is with thanks to http://www.birdsofberkshire.co.uk/jPEG/DSCN6509-little-owl.jpg 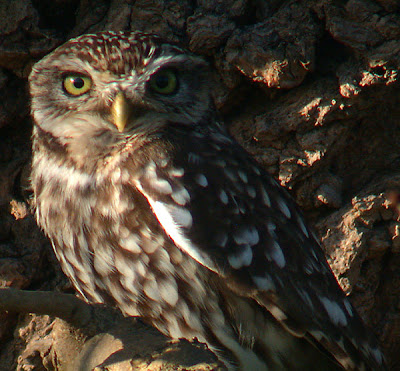