I thought I would only do one English blog per month during my exile here(!), but I want to reduce the backlog of UK stories I have, before I return to the promised land! So there will be a couple more before the end of March.......

A few weeks ago, I met up with a school friend in Pangbourne for lunch. It was great catching up with all the news and then afterwards we took a walk around the village.
The village is first mentioned in a Saxon charter of 844AD, as Peagingaburnum meaning ‘the streams of Paegas people’. Pangbourne is now quite a large (and wealthy) village in the county of Berkshire, with the River Pang flowing through its centre,  before it joins the nearby River Thames. Like Goring, on which I did a blog late last year, Pangbourne is in the London commuter belt and is well served by main line trains into the capital. It had been raining all morning, so everything was fairly wet, but I was keen to have a look at the Thames  itself. 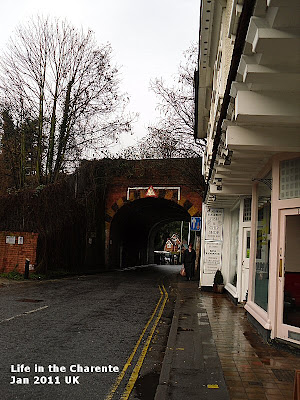 On our way there we walked under the railway bridge (trains to London) and on the right was a fish and chip shop! 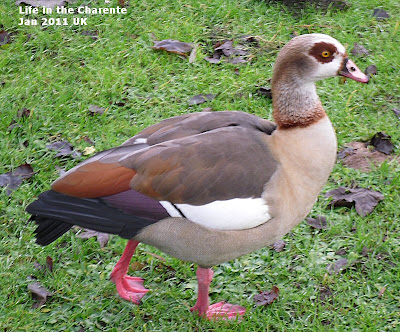 On arrival at the river, we saw an Egyptian Goose strutting around close by, and showing us how beautiful he was. 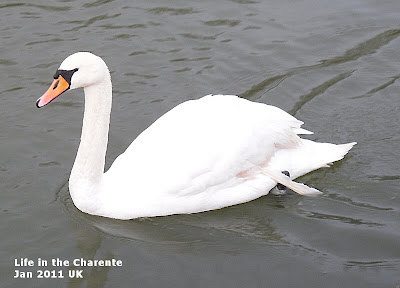 Next came the swans, mother and two cygnets; sadly, we had no bread for them, so they were not very impressed! 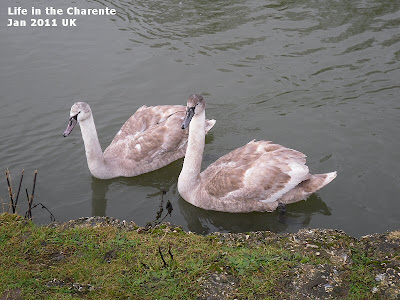 Reflections on the water. 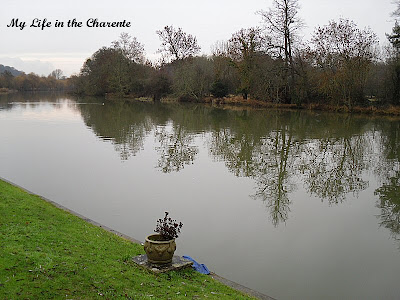 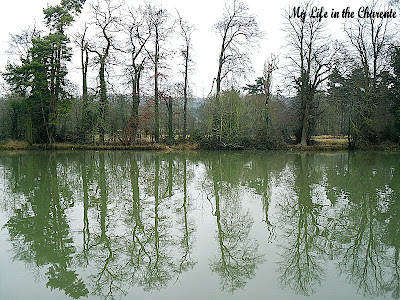 From here, we walked back into the village and discovered the Parish Church of St James the Less. Apparently it is one of only 26 churches in England which is dedicated to St James the Less. The present church was built in 1866 and it is said to be certainly the second, if not the third, church built on this site. The tower is a surviving part of earlier buildings  and was erected in 1718. The peal of 6 bells was cast in 1720 and they are still rung every Sunday. The interior is wonderfully preserved (see below).
I collected this information from the parish pamphlet, but for further reading see HERE. 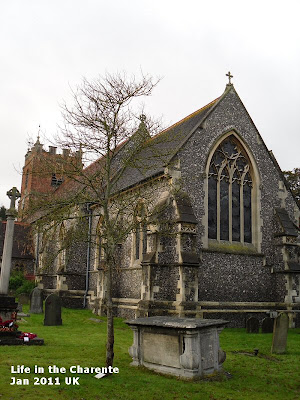 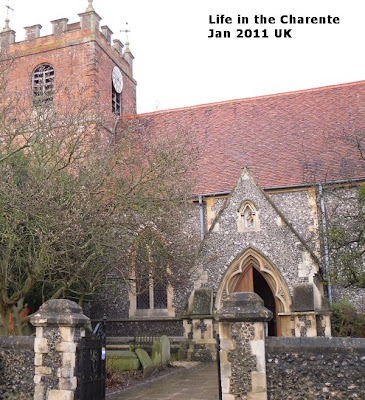 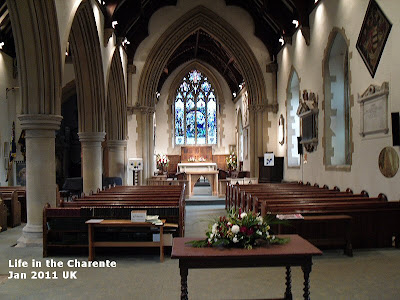 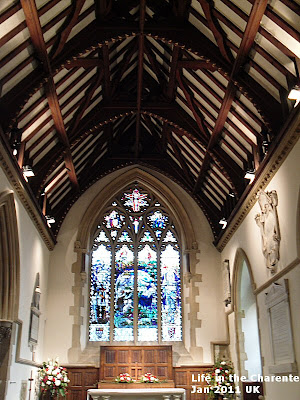 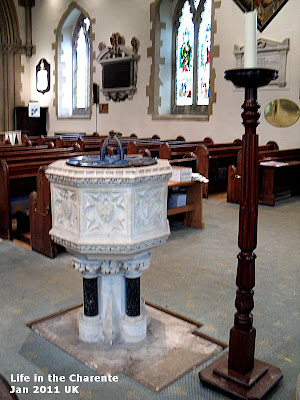 Labels: Pangbourne, Round and About, UK