Around and About - Chasseneuil-Sur-Bonnieure Town

Firstly I would like to thank everyone for their condolences and prayers. It is good to know your troubles are shared and it does make life easier. It has been a difficult time especially for Nigel.  We now have all the sorting out to arrange and as his aunt was a hoarder there is plenty to do! He was also waiting to hear if he would be in the next lot of redundancies, but thankfully he has survived once more.


I have previously published blogs about the church at Chasseneuil, plus a little history on the town HERE. The beautiful wood carvings HERE  the brocante-et-vide-grenier HERE  and the Chasseneuil Resistance Memorial HERE

Here are a few more photos taken around the town to give you the final tour (for now!!) of Chasseneuil-sur-Bonnieure. 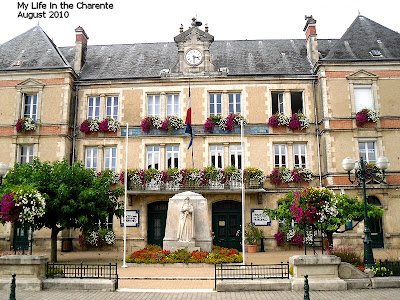 Hotel de ville.   Often misunderstood by visitors to France as a hotel, it is, in fact, the town hall.  In Chasseneuil, the town hall building incorporates the Mayor's (Maire) office, the local tax office and  the post office, the latter tucked away at the back.  The war memorial is proudly situated at the front. The French have always quite rightly commemorated the ultimate sacrifice of their fallen military troops in a most prominent fashion. 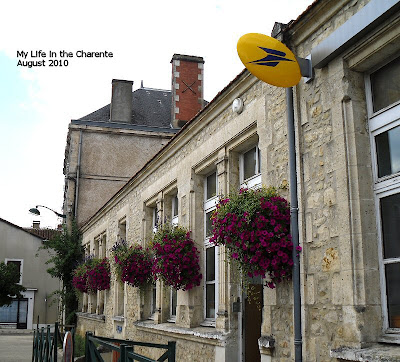 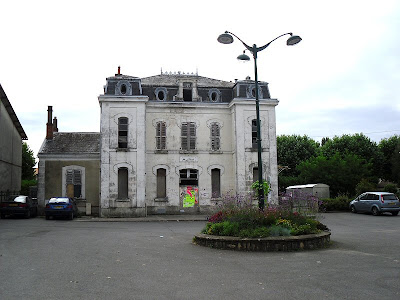 Above and below is the train station, now sadly derelict. It is a lovely building and I hope one day it will be restored.  There are only 3 trains a day and no ticket office, so tickets would have to be bought elsewhere.  They can however be bought on line, or so  I am told, and perhaps this could solve the ticket problem! 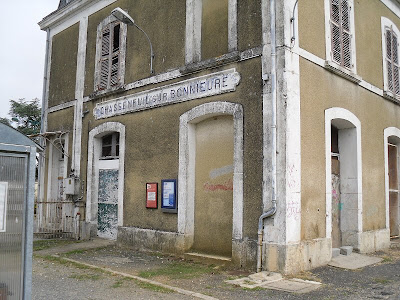 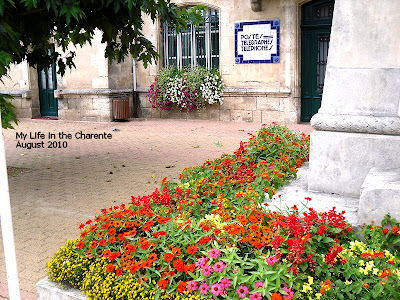 The photo above, and the next two photos are the flowers around the war memorial and the Hotel de Ville. It was a stunning display in August when the pictures were taken. 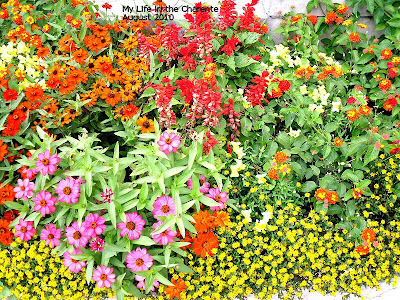 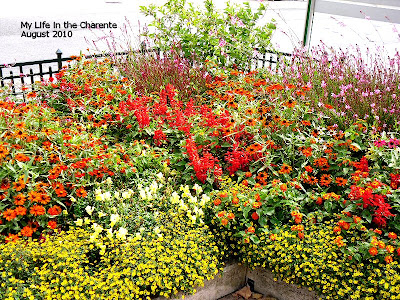 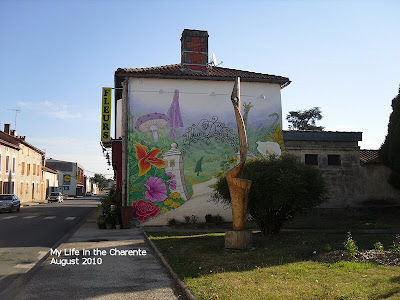 The wall of the florist shop in the main street, route N141. It used to be the main road from Angouleme to Limoges, filled with endless streams of big trucks, until the bypass came! As you can see, today, it is not a particularly busy road and it is often closed on public holidays for markets and the like.  I cannot remember what time of the day I took this photo, but it must have been during working hours, as the flowers outside the door can be seen. 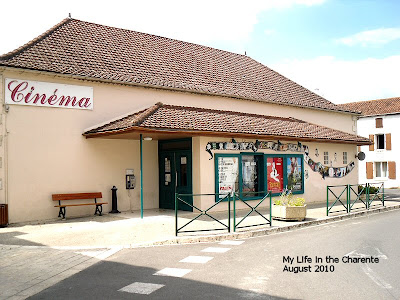 The local cinema.  They are very obliging and regularly show English films. 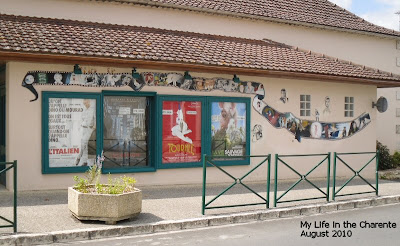 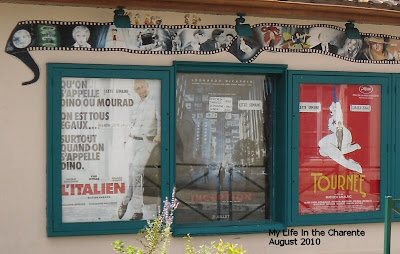 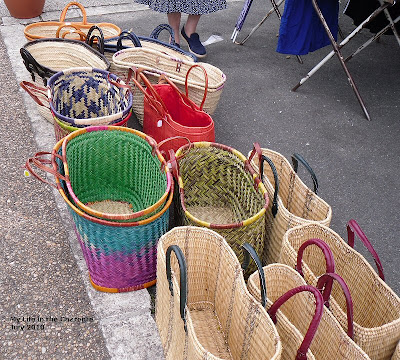 Some colourful baskets on market day.
Posted by Diane at 22:12

Labels: Chasseneuil, Round and About