You will notice that I have been playing with the html a little, so that I now have drop-down menus for both 'archives' and 'labels'.  The old menus were taking up too much room, so I though  this was a far better idea, and the re-arrangement left more space for anything else I might want to add into the side column.  I hope this meets with approval :-)

There are a number of very old wells around .  Some I am sure are still in use, but there are many that look as if they have not been touched for years.  I have a strange fascination for them and have taken many photographs.  Here are a few  from  the past year. 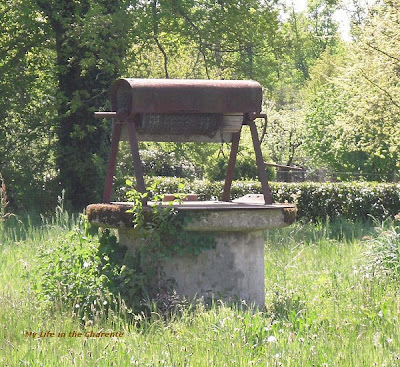 Not far from Vitrac St Vincent 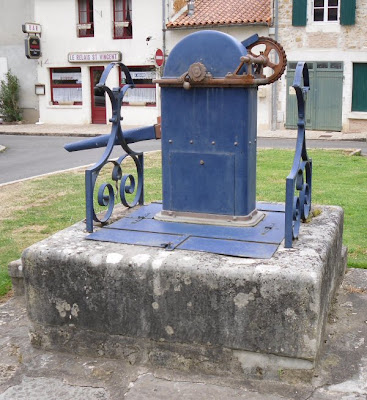 This beautifully preserved well is in the village "square" of Vitrac St Vincent outside the Mairie (above and below). 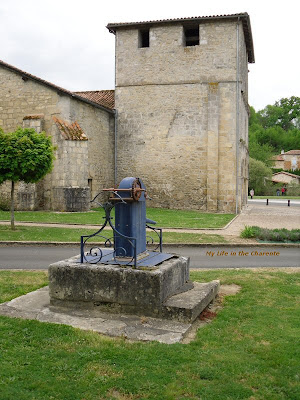 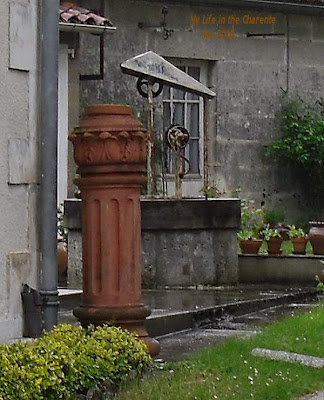 I took this picture through  a house gateway in Chasseneuil. I am not sure what the pillar is in front of the well, but interesting nonetheless ! 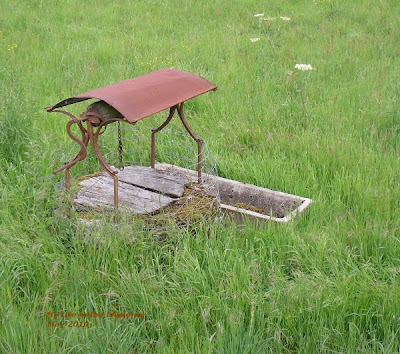 This one, in the middle of a field, looked rather lost!  I took this while out cycling and did not make a note of where it was! 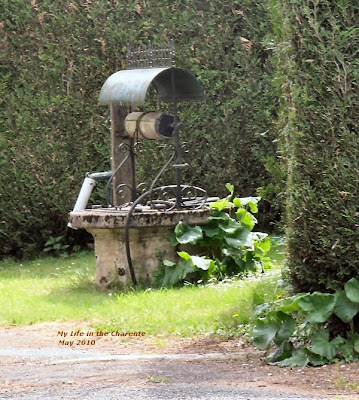 Yet another garden example, taken while out cycling; again, location not recorded! 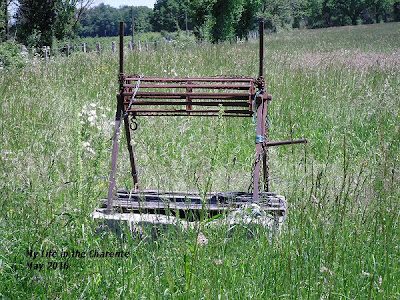 Another one looking a bit sad, in the middle of a field. Yes, I remembered to make a note  of the location; in the small village of Le Mas. 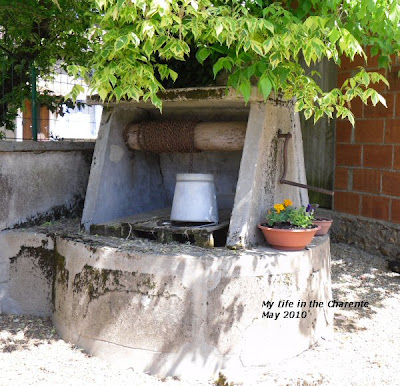 Finally, this one in the small village of Le Pardelieri  has an owner who obviously cared enough about it to put a pot of flowers on the side..  This little village had several wells around the place, but they will keep for a later post.
Posted by Diane at 23:02

Labels: Charente, Chasseneuil, Round and About, Vitrac Saint Vincent, Wells