This and That and the Garden

Since the weekend I have not travelled very far, other than to pop into Chasseneuil to get the mustard seed for Roz’s recipe of cucumber pickle, which I made today. All went according to plan (and recipe!) and now I have left it to mature.
Yesterday I made plum jam, and today I have picked a whole lot more plums and will make another batch tomorrow. I made it the lazy way; with the jam sugar it was quick and easy. The little bit that did not fit into the jars went on to some toast at lunchtime today and it tasted pretty good. I also froze masses of beans yesterday, gave some more to David and , and also gave some to our neighbours down the road. There are still masses coming on, so I just keep eating and freezing!
Today has been cool and damp. No real rain to talk of, but we did get 2mm last night which all helped the garden.
As the clouds built up last night, we had one of our stunning sunsets, which I only just managed to catch on camera. I had looked out earlier and thought "no sunset tonight"; suddenly 20 minutes later this is what it looked like! 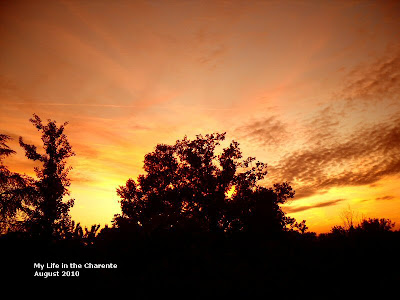 Artichokes from the garden for dinner tonight. 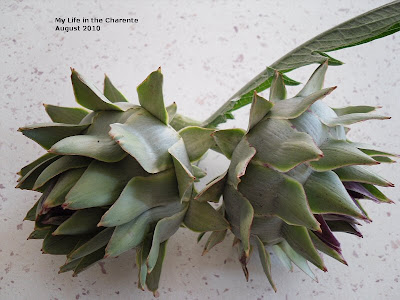 A couple more potato plants were dug out yesterday; there are still many to go. Yep, that says 130mm or 5 inches! 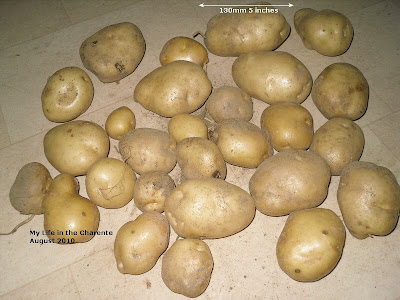 Meanwhile the mixed packet of flower seed that I had bought so cheaply, is still producing the odd surprise. I saw the first hollyhock out in flower a couple of days ago. 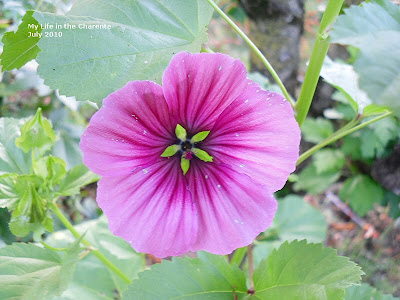 and the first white cornflower that I have seen 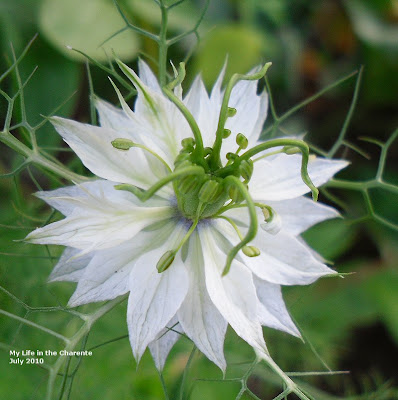 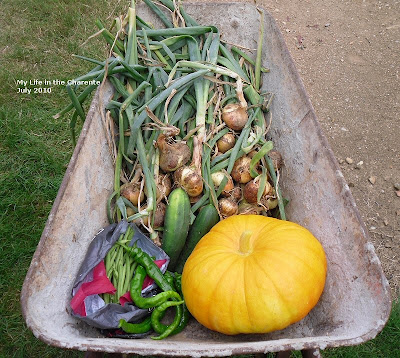 This Stargazer lily was a present from one of our neighbours last year for my birthday. When it finished flowering in the house, I planted it out into the garden. Sadly, a couple of buds have been eaten off, probably by those rabbits getting their own back after I fenced them out of the vegetable garden!! 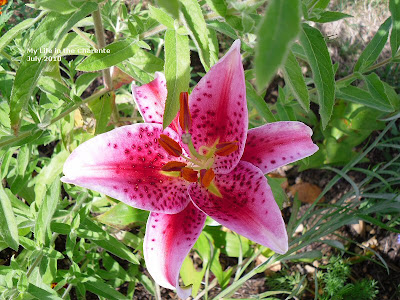