Round and About Vitrac Saint Vincent

I thought that. today, I would take you on a quick tour of Vitrac Saint Vincent, one of our local villages. Quick, because I have visitors arriving to stay for the next 10 days, so my time at the computer will be at a minimum. Also, of course, after a couple of dry days, the new gates are waiting to be painted!

Vitrac was one of the main centres for the French Resistance during the Second World War. As it was in Unoccupied France, very close to the boundary with Occupied (by the Germans) France, it allowed the partisans to attack German installations in the occupied area and quickly return home. The very brave activities of the partisans are commemorated in a small museum in Chasseneuil, the main road through which is named after a well known Resistance leader, Claude Bonnier. 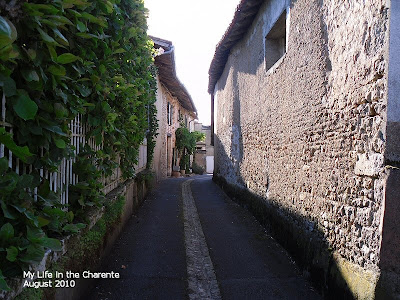 One of the narrow lanes. 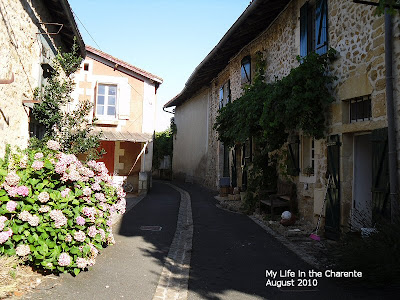 The old Epicerie (grocery) is for sale (a vendre) as is the the little local bar just up the road.  Both would be important parts of the local community. The epicerie has sadly been driven out of business by competition from bigger businesses in local towns but the bar is a going concern.Any buyers out there? 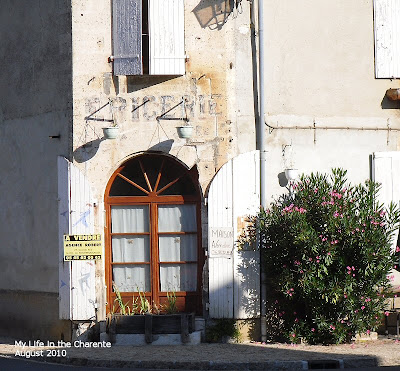 A few pictures of the church. 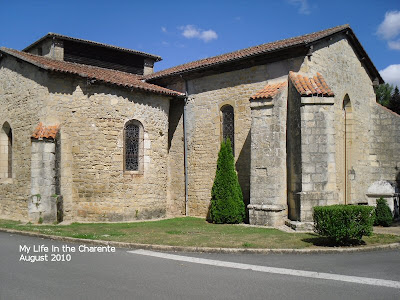 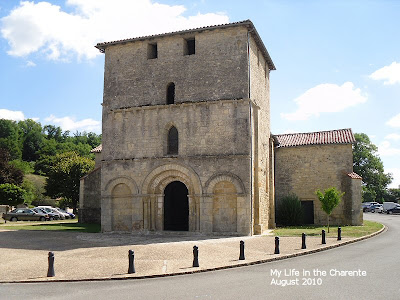 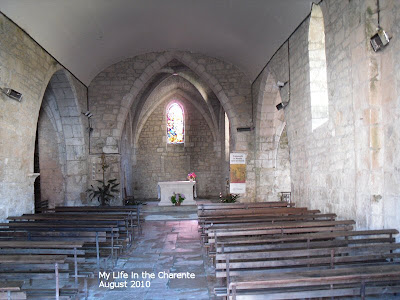 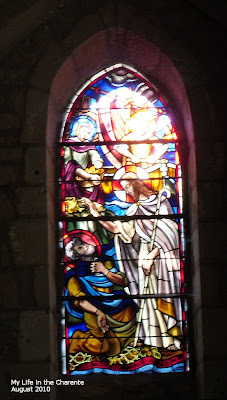 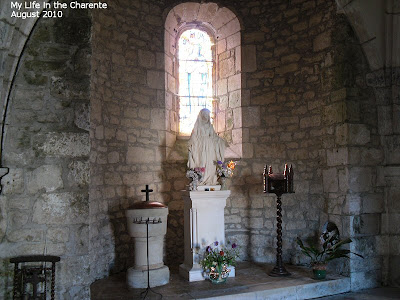 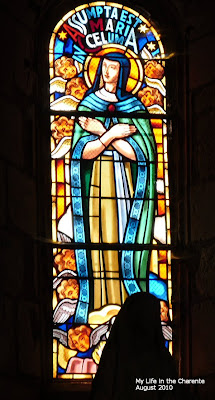 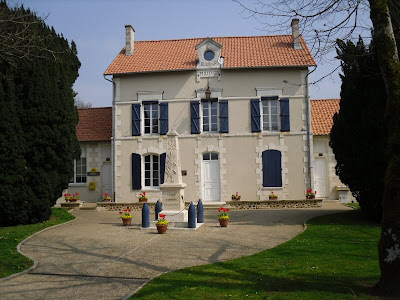 Last but not least, the local Mairie, which is always kept in pristine condition, with the war memorial at the front.
Posted by Diane at 08:49

Labels: Church, Round and About, Vitrac Saint Vincent