Thursday I decided that it was time I really did a bit of energetic exercise on the road, so for the first time since last August I removed my bike from its covers. The reason it is so long, is that I went down with pneumonia last August, and then when I returned to the the winter weather did not encourage me to get back on my bike. I feel now that I have most things here under control, (including the rabbits), I can enjoy the countryside on two wheels, and build up those muscles and lung capacity again.
Well, I only managed 15 kms, and as I stopped to take several photos along the way I don’t think I did very much in the way of building up too much muscle or lung capacity, but I did discover that the seat seems to have got quite hard! I will obviously have to work up the mileage slowly and try to forget taking my camera along with me. I know though if I do the latter something will crop up that I really want to take a picture of, it always happens!
Anyway here are a few of the pictures I took along the way. Also one previous picture taken several years ago when I was cycling the Argus in Cape Town. South Africa's Cape Argus Pick n Pay Cycle Tour is the world's largest individually timed cycle race. The idea for the race can be traced back to 1978, when Bill Mylrea and John Stegmann organised the Big Ride-In to draw attention to the need for cycle paths. The Ride-In, held under the auspices of the Western Province Pedal Power Association, was well received and drew hundreds of cyclists, including the Mayor of Cape Town. In 1978 The Argus, 's largest newspaper, agreed to sponsor the 'Argus Cycle Tour'. The inaugural event was held on 28 October 1978 and attracted 525 entrants. In 1991 the 15 000-entry mark was passed as Pick 'n Pay (a large supermarket chain) became a naming rights sponsor, resulting in the event becoming "The Argus Pick 'n Pay Cycle Tour". In 2009 nearly 30 000 braved the start and just under 27 000 finished. The event is over approximately 105 kms, but the route occasionally varies, as in some years there has been a danger of falling rocks in the mountains. 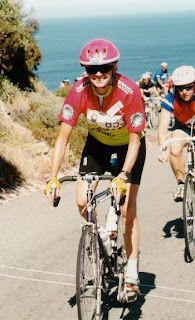 Climbing Chapman's Peak in Cape Town with the Atlantic Ocean in the back ground. 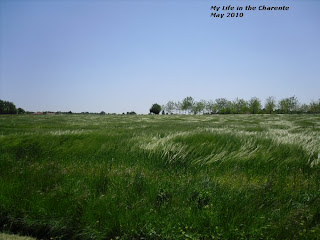 This looked a bit like the sea, the crops were blowing in the strong wind and the silver and green looked like waves, it was really quite stunning but the photo does not do it credit. 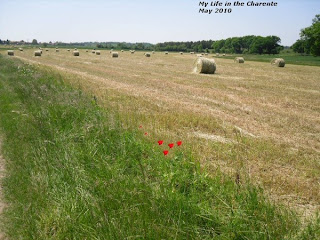 Baling already, it seems like the crops were only planted a few weeks ago! Note the poppies by the side of the field. 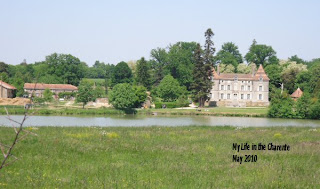 This small château is just down the road from us and is owned by an international horse owner and three day eventer. 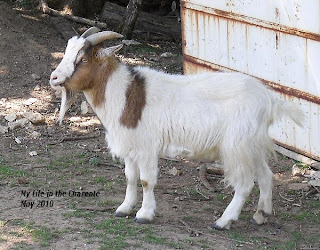 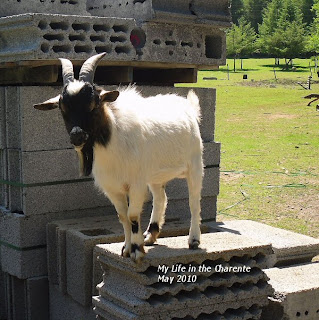 I was quite glad there was a fence between me and these two billy goats. They were quite stroppy, stamping their feet and threatening me with their horns. They look quite harmless here, but this was after they had got a bit bored with me and had moved away. 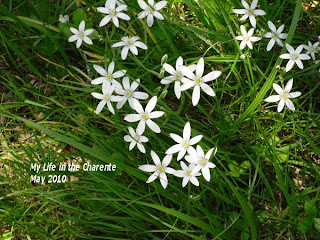 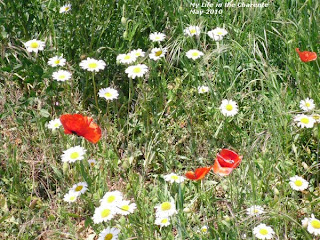 Wild flowers at the side of the road. Due to the very strong wind it was almost impossible to get a good photo as everything was constantly on the move!
Posted by Diane at 21:38

Labels: Crops, Cycling, Farm Animals, Round and About, Wild flowers