This blog is about our local bugs and especially for Joan. http://saphotographs.blogspot.com. Unfortunately my photos are not up to Joan's standard, but they are improving all the time and only taken with a cheap digital camera. All pictures can be enlarged with a single click. 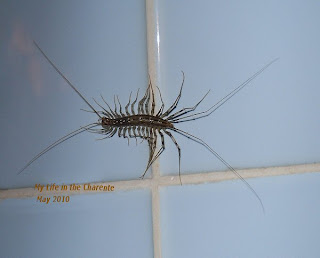 It is an insectivore and it kills and eats beetles, termites, ants, cockroaches and spiders.
S. coleoptrata is 25 mm (1 in) to 50 mm (2 in) in length and has up to 15 pairs of remarkably long legs. These delicate legs are attached to a rigid body. It is very fast running across floors, up walls and along ceilings. When at rest, it is not easy to tell its front from its back.
They are poisonous, but the jaws are seldom strong enough to bite a human and if they did, the result would be no worse than a bee sting. The sting is in fact administered through modified legs
See http://en.wikipedia.org/wiki/Scutigera_coleoptrata 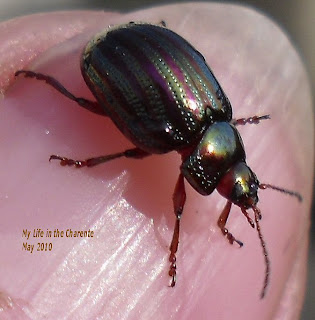 Chrysolina or rosemary beetle devours the leaves of rosemary, lavender, thyme, sage and some other related plants. All of which are in my herb garden!!
The Rosemary Beetle is very pretty, with its metallic purple carapace showing delicate green stripes. Small (6mm) and ‘jewel-like’, these adults sit amongst the foliage and probably do little damage. BUT – their eggs will hatch into nasty little larvae. These young ones are greyish and they have enormous appetites. They nibble away at the rosemary leaves (or lavender, thyme and sage) and can eventually destroy the whole plant if not dealt with!
See http://en.wikipedia.org/wiki/Chrysolina_americana 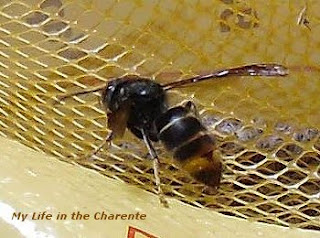 This looks exactly like the pictures, except it has not got the typical orange head so…… I note that the picture in Wikipedia also has no orange head??
In 2004, the Asian hornet was accidentally introduced into southern with imported goods. Reports in raise concerns about the aggressiveness of this species of hornet, which certainly appears to be true where it is found in , where it is quite feared. It also readily attacks and feeds on honeybees, thus threatening the livelihoods of beekeepers in southern .
See http://translate.google.co.uk/translate?hl=en&sl=fr&tl=en&u=http%3A%2F%2Ffr.wikipedia.org%2Fwiki%2FVespa_velutina 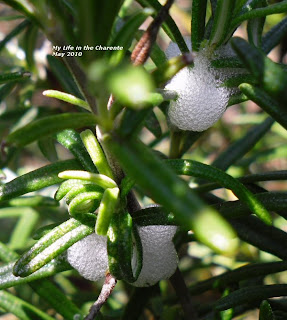 The froghoppers, or the superfamily Cercopoidea. These families are best known for the nymph stage, which produces a cover of frothed-up plant sap resembling spit; the nymphs are therefore commonly known as spittlebugs, or spit bugs, and their froth as cuckoo spit or snake spit.
The froth serves a number of purposes. It hides the nymph from the view of predators and parasites, it insulates against heat and cold, thus providing thermal control and also moisture control. Without the froth the bug would quickly dry up. The nymphs pierce plants and suck sap causing damage, and much of the excess filtered fluids go into the production of the froth, which has an acrid taste, deterring predators. A few species are serious pests.
See http://en.wikipedia.org/wiki/Froghopper 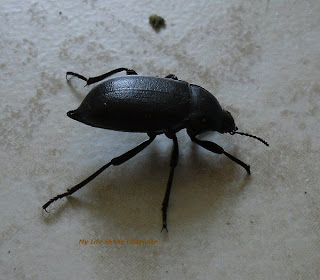 Not sure what this beetle is, it was 'trotting' around on the tiles in our hallway. 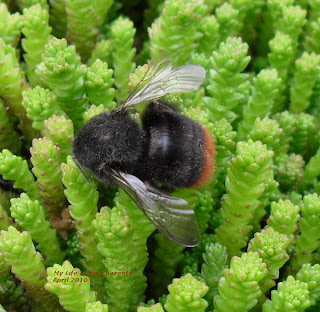 I think this is a type of bumble bee, it was certainly the size that I expect one to be. It was really quite large. 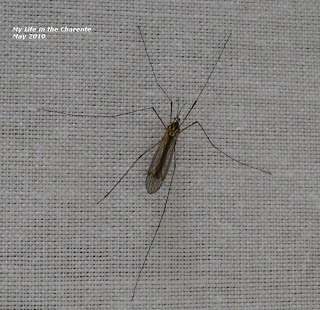 Our local spiders I have put on a couple of earlier blogs and I don't really need to be reminded about them!!
Posted by Diane at 22:01