Part 8 of our USA holiday based in Mesquite , Nevada

On the next leg of our USA tour, we were most fortunate to be able to stay with friends who live in Mesquite, and the hospitality they showed us while we were there was absolutely overwhelming. Their carefully considered schedule  covered every possible place in that area we could dream of seeing, in the time we had available. They  escorted us from place to place in their car, clocking up countless miles, making the most efficient use of time, acting as tour guides  and generally providing a 7 star experience which we will never forget! I have already posted about The Valley of Fire  and The Hoover Dam, to which they took us, not to mention the other exciting places which are still to follow.   I thought that, although I did not take a lot of photos of Mesquite itself, that you would like to see the few I did take and also meet our friends and their  family.

Mesquite is 80 miles north-east of Las Vegas, next to the Arizona state line, and was first settled by  Mormon pioneers in 1880. Today it is home to about 18,000 people, several casinos and nine(!) golf courses!

Just to give you a little of the friendship history, Michael and I used to go horse riding together when we were in our teens in Rhodesia.  To say we have known each other for ever is almost true. 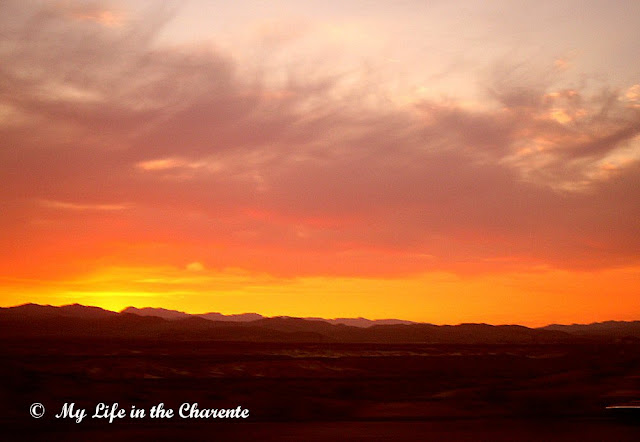 On our arrival in Mesquite, we were taken up on the mesa (what I would describe as flat-topped hill, but forgive my poor knowledge of desert landscapes) to see an example of the amazing sunsets which often occur there.  This first night was, so we were told, not up to normal standard, but to us it was still a delight!

The day after we took the trip recounted in my blog 'Part 7', we had a day at home and met up with Michael and Mary's two daughters.  What a delight, two young ladies who obviously adore their parents and enjoy life to the full.  I have not laughed so much for a long time. 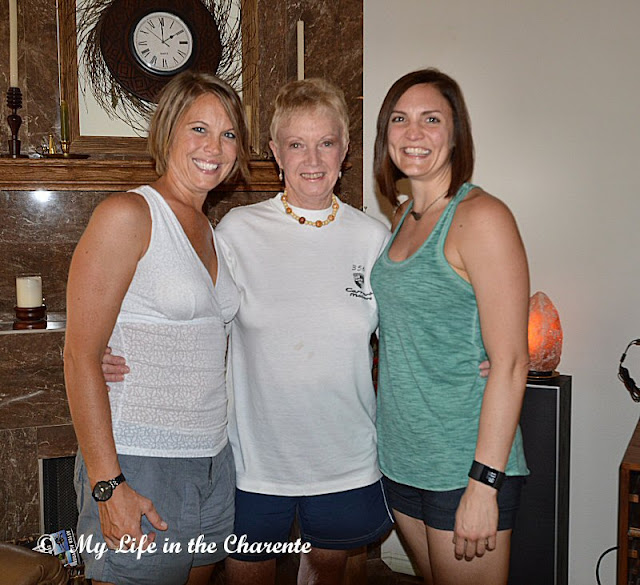 Michelle, myself and Marie 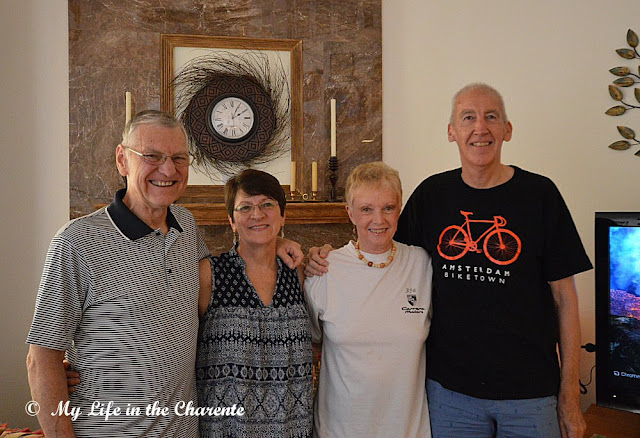 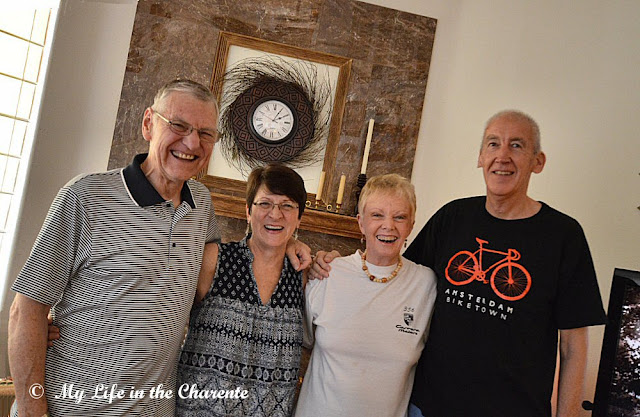 and one of those laughter moments LOL. 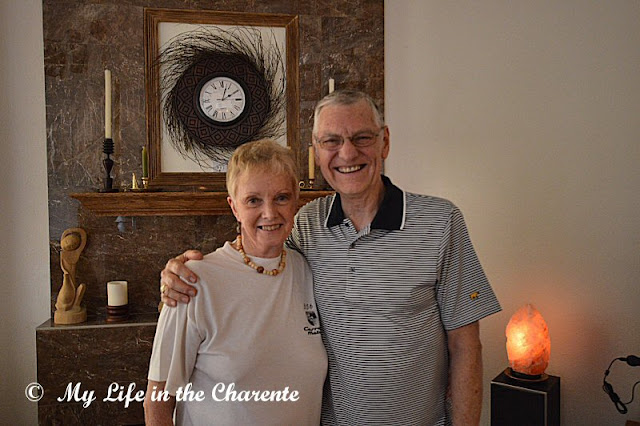 Myself and Michael, reliving so many memories! 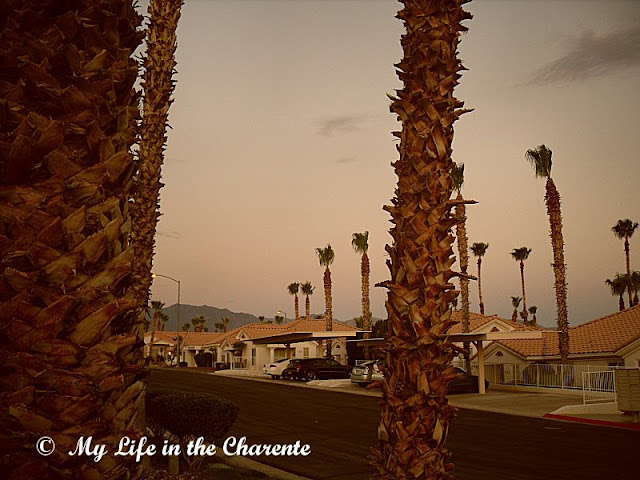 A typical view of a  residential area in Mesquite. Palm trees and the hills beyond, with sizzling temperatures day and night when we were there! 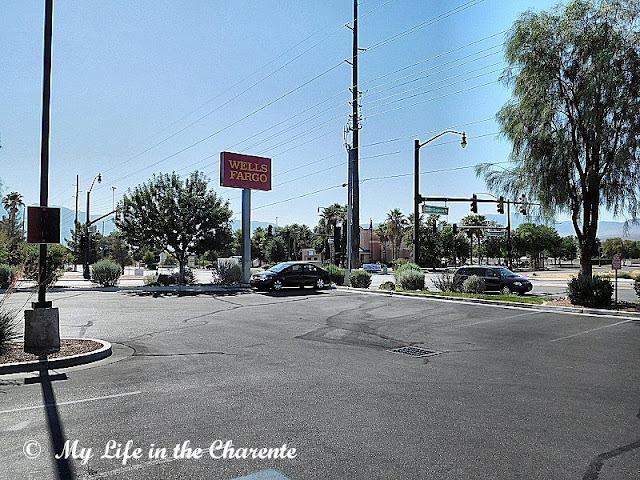 Of course no town could do without a Wells Fargo bank, a brand much in the news recently, after a scandal, where more than a few staff opened fake bank accounts to take advantage of productivity bonuses,  led to the resignation of the CEO! 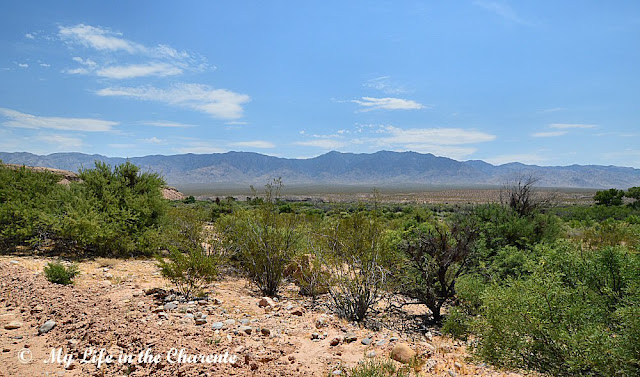 The view of the desert - north, south, east and west all look pretty much the same! The huge scale of the landscape and scenery is hard to comprehend! 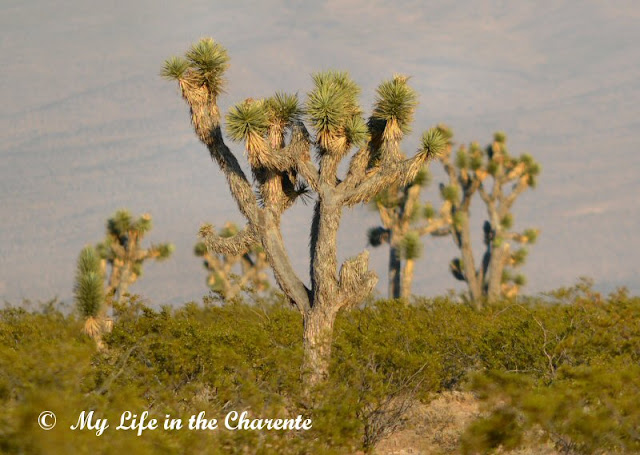 Yucca brevifolia, better known as the Joshua tree,  is native to arid southwestern North America, in the states of California, Arizona, Utah, and Nevada, where it is confined mostly to the Mojave Desert. 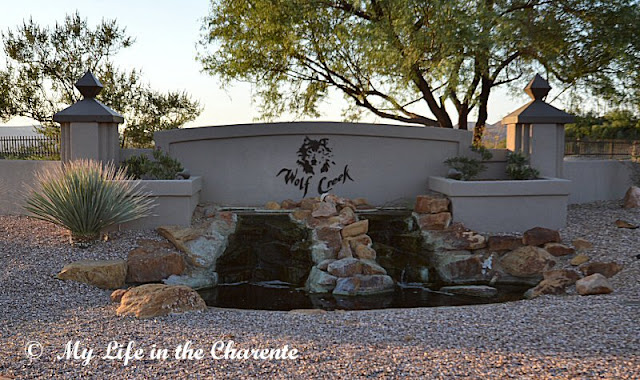 Now if you should be a keen golfer, you will love this oasis in the middle of the desert.  To me, as a non-golfer, this looks like one of the most difficult courses I have ever seen; water, water everywhere!!! 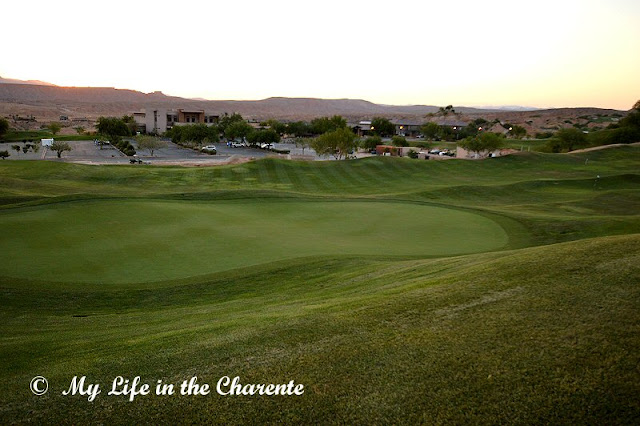 Wolf Creek is quite spectacular, beautifully maintained and with the most amazing views. We didn't have time to see the other 8 courses! 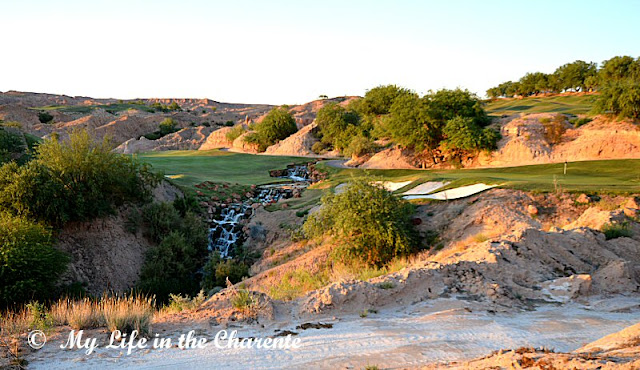 A small green, some bunkers, and a waterfall. Don't stray out of bounds....! 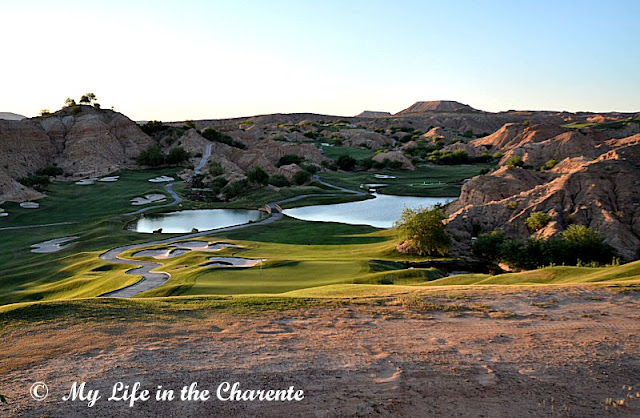 and endless pools of water. 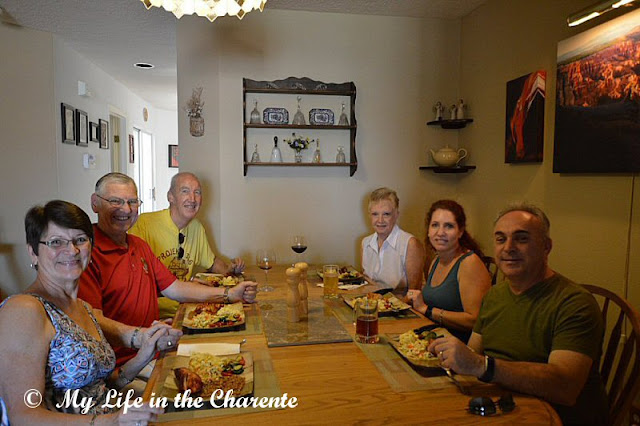 Michael and Mary were also kind enough to host old friends of ours from South Africa, who now live in Las Vegas, Kim and Syd on the right.  Lots more reminiscing. 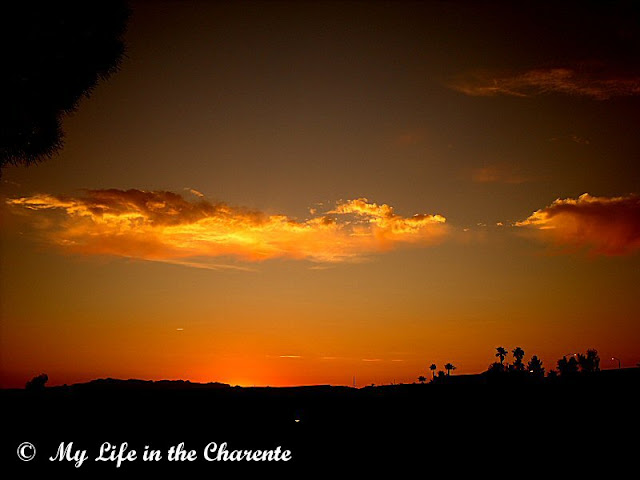 To finish off this post on Mesquite, another most memorable sunset.