We visited the Thiepval Memorial in northern France in May as part of a visit to WW1 battle sites, at this centenary time, to see where so, so many, soldiers from all parts of the world, including our relatives, had fought and died. Thiepval is a small village in the beautiful Picardy region and it lies in the valley of the river Somme, scene of fierce battles for control of the area.

This information sign below is displayed at the site and sets out, as well as anyone could, the motivation for the memorial and how it came to be built. 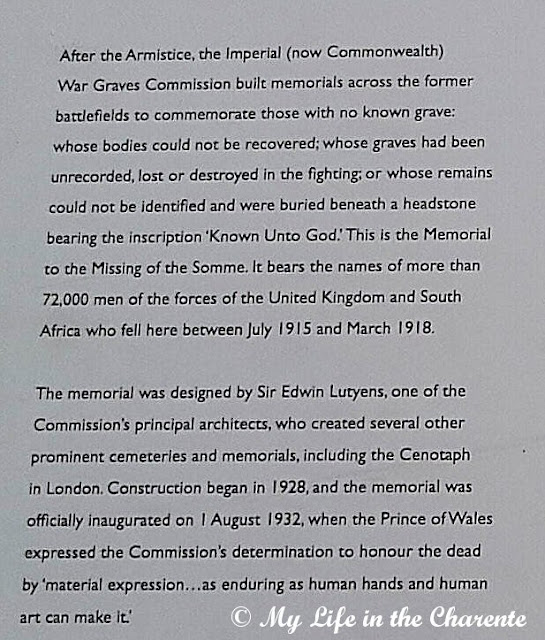 Amongst these 72,000 names are seven holders of the Victoria Cross (one a South African) and numerous sportsmen of the time; top cricket and rugby players from all parts of the United Kingdom. 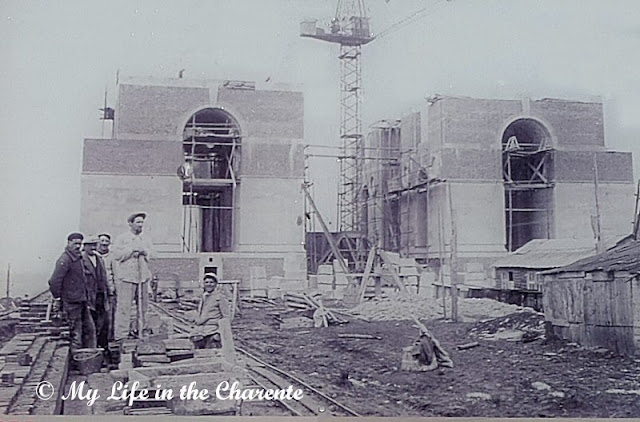 During construction. This memorial is probably the most imposing of such British structures in the area and is visited by 120,000 people every year. The white panels are of Portland stone from Dorset and the brick above was from Lille, the nearby French town. 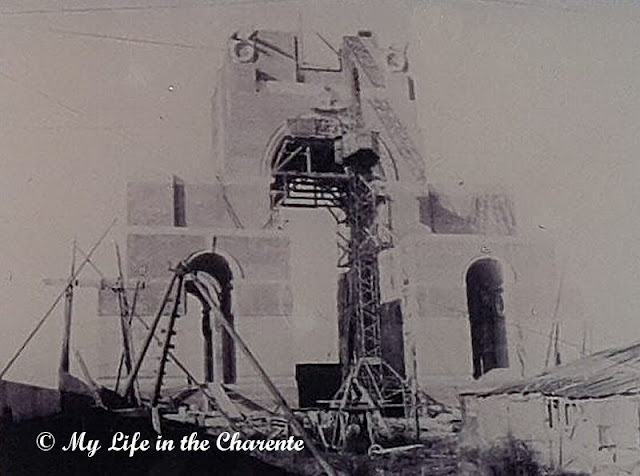 Another view of the memorial later in its construction. It is 43 metres (140 feet) high and is built on very thick foundations, required because of wartime tunnels existing below. 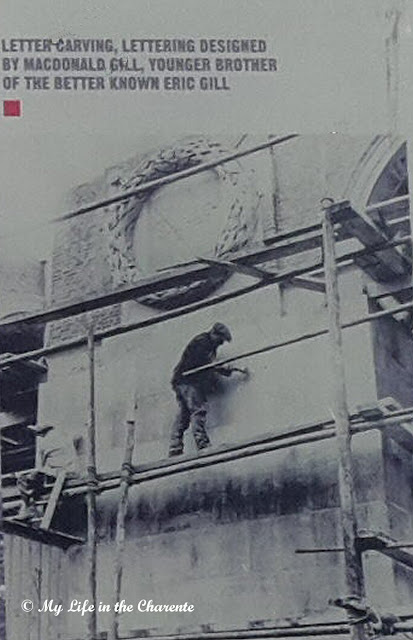 Letter carving of each of the more than 72,000 individual names; an enormous and laborious task! 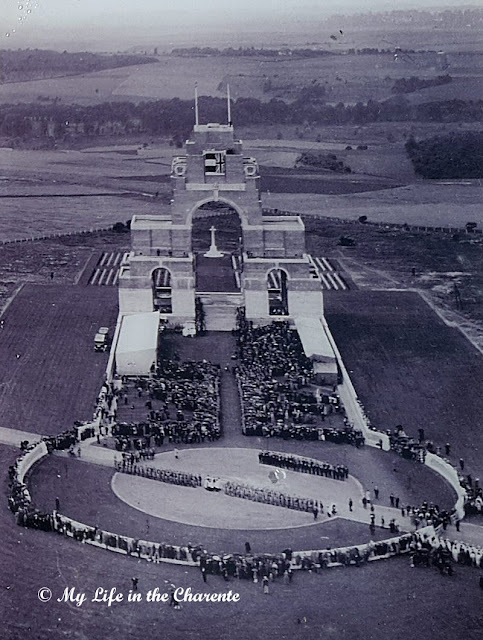 Thiepval Memorial on its inauguration day in August 1932. 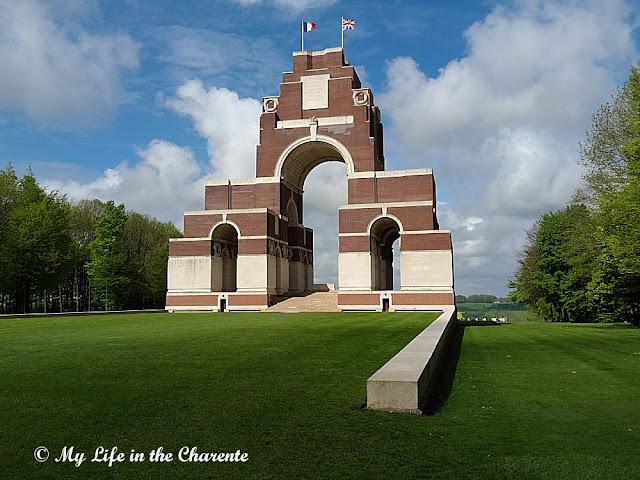 My own picture of the Memorial on a rare sunny dry moment (!) in early May 2015. Heavy rain squalls were passing every hour or so. It really is huge when you stand near or on it, as you can imagine from the tiny-looking doorways at the bottom of each tower.  It dominates the landscape and is obviously sited deliberately on a high point, so that it can be seen from afar. In 1973, due to weathering, the red Lille brick was replaced by much harder red engineering bricks from Lancashire. 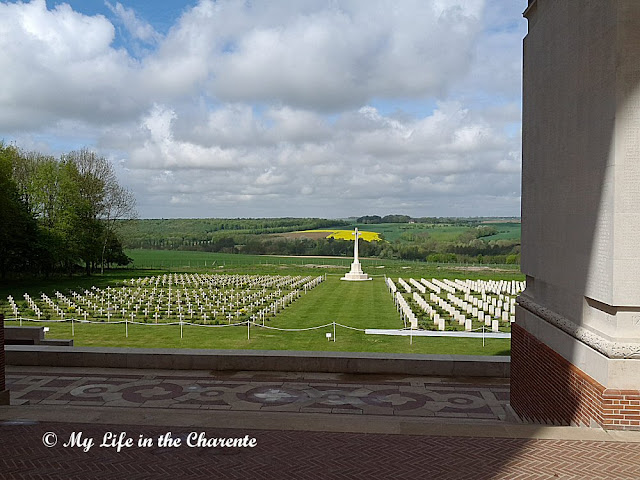 View from the memorial on its other side, across the cemetery towards the open rolling countryside of the area. The many cemeteries in northern France and Belgium are kept in immaculate condition by the CWGC (Commonwealth War Graves Commission). 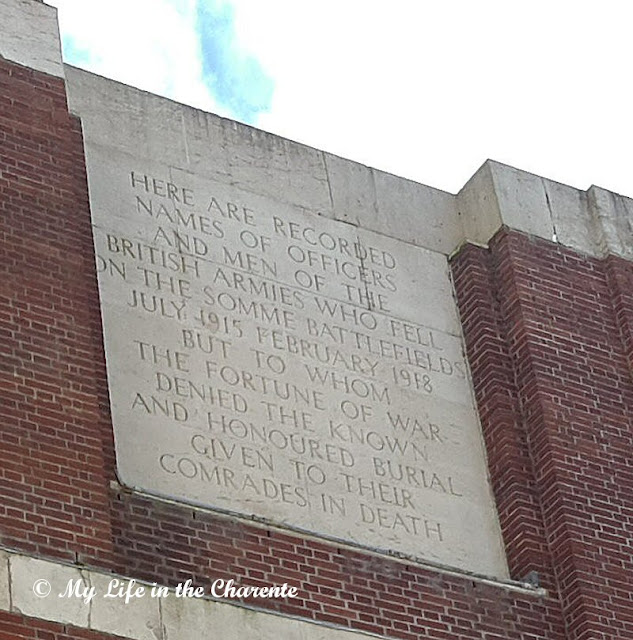 The inscription at the top of the memorial 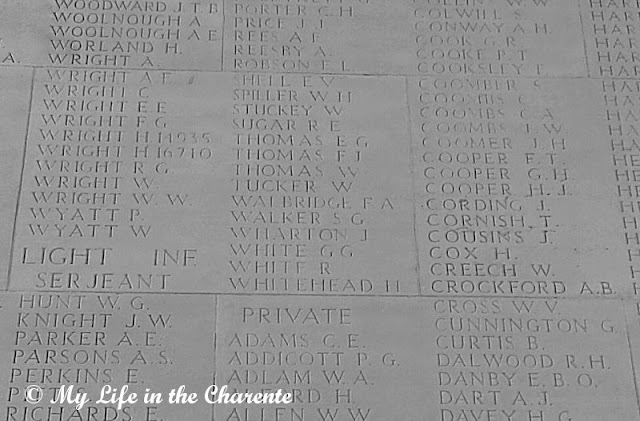 Just a few of the innumerable panels recording the names of the missing Allied soldiers. If you look at the memorial photo three photos above, each of those sixteen tower supports has three sides entirely covered with such panels. And these are only the missing! The hundreds of thousands of known soldiers killed in the Somme battles are laid to rest in small cemeteries, dotted very prominently across the local landscape. It's a very sobering place to visit.

My thanks once again to Nigel for all his research and the write up.