The Marais in Paris - Along the Rue François Miron in September

Francois Miron lived in the late 16th and early 17th centuries; he was both a magistrate and

Rue François Miron, in the Marais area of the 4th arrondissement, starts at Place Gervais where the St-Gervais-et-St-Protais Church stands.

The church appears to be one of the oldest in Paris and is mentioned as early as the 4th century. The present church is recorded as being built over a period of many years! It was started, in the Gothic style, in 1494, the chapels of the apse were finished in 1530 and the transept in 1578. The doorway of the church was built in the classical style in 1616–1620 by Claude Monnard.

The street  is also home to two of the oldest medieval houses of Paris, at numbers 11 and 13 (see below), dating probably from the 14th century. 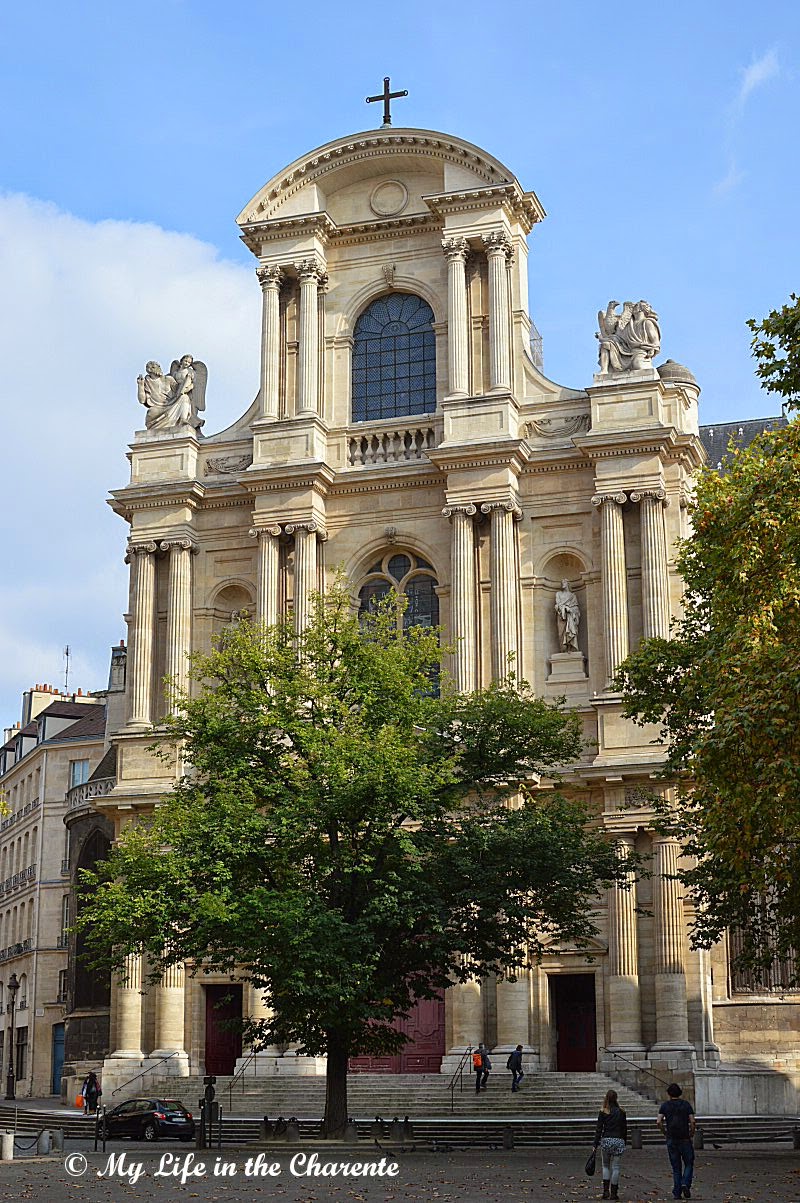 On 29 March 1918, a German  artillery shell  fell on the church, killing 88 people and wounding 68 others; the roof fell in as a result of the explosion, which happened while a Good Friday service was in progress. This was the worst single incident involving a loss of civilian lives during the German bombardment of Paris in 1918. 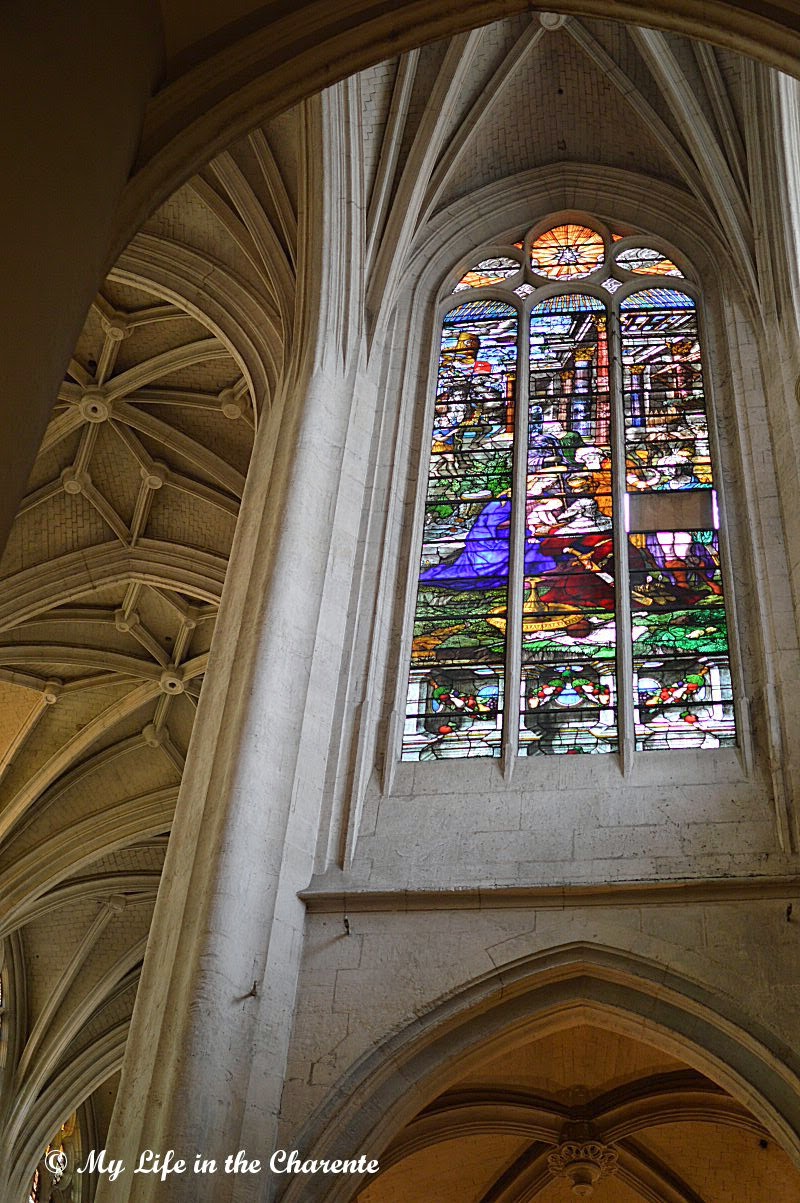 The inside of the church; the windows and roof have been restored, with stunning results. 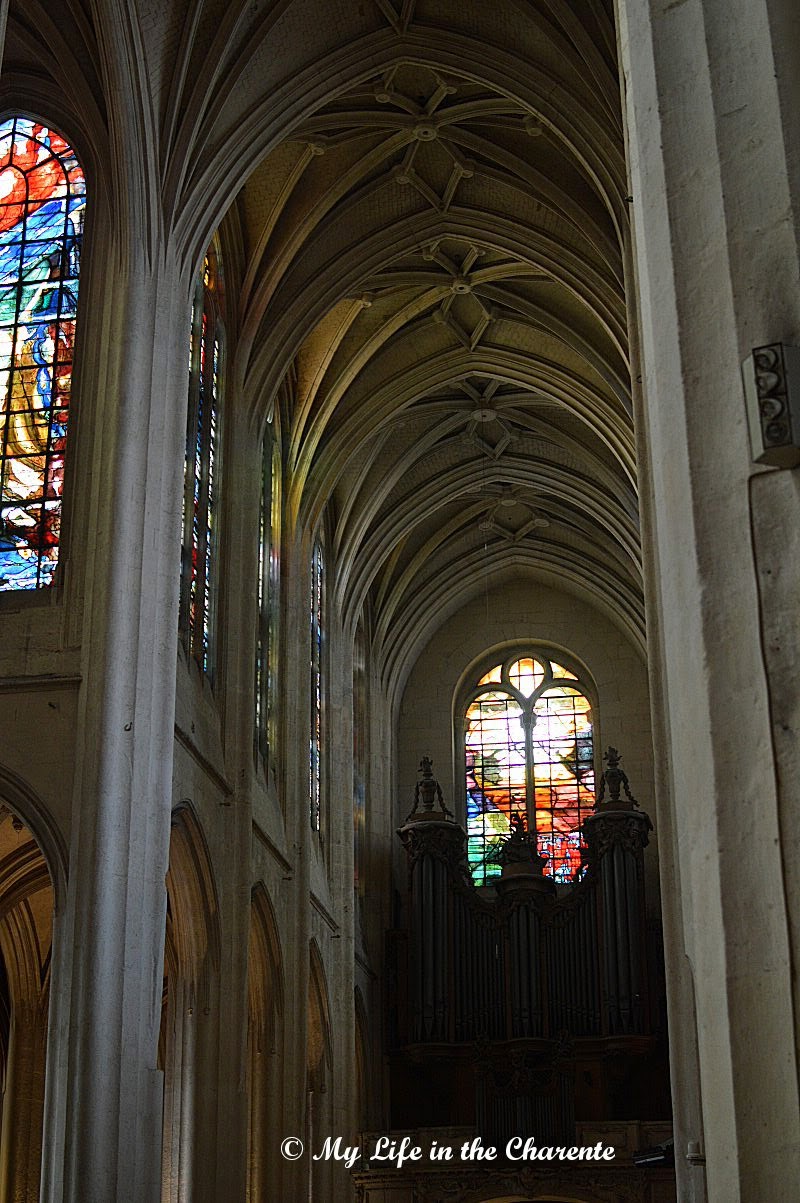 I took many photos, the best of which I hope I have chosen  for you to see 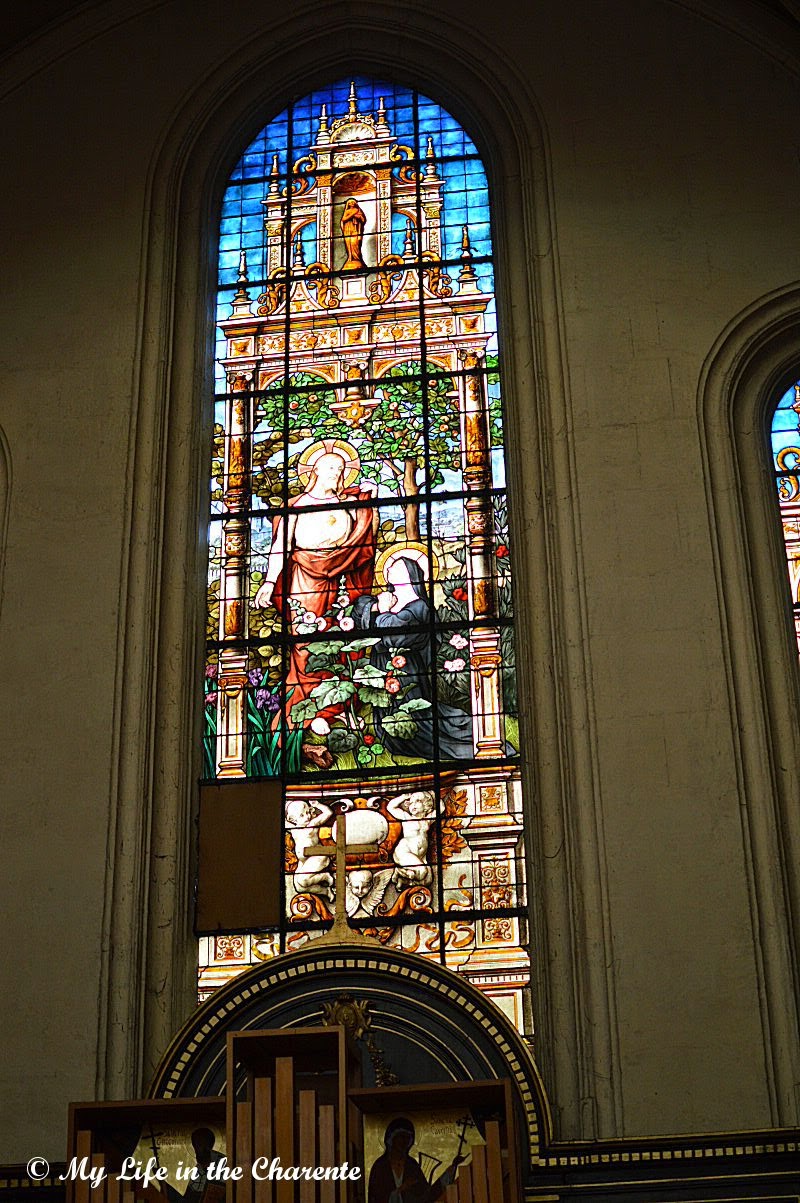 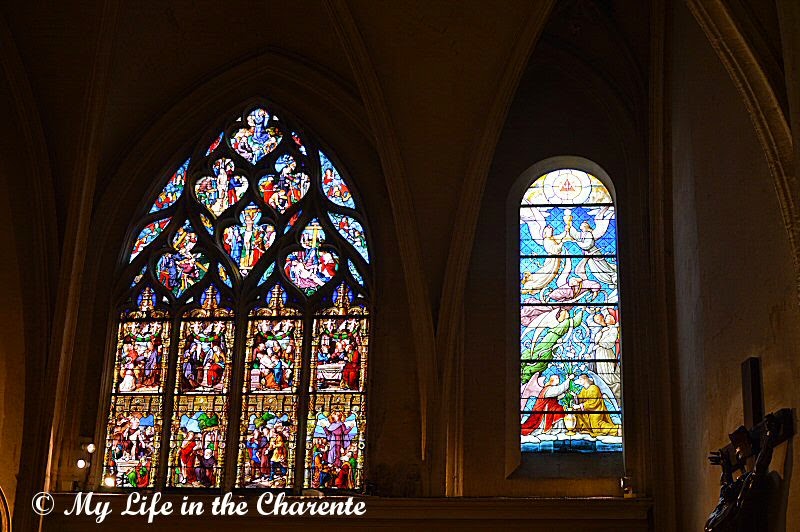 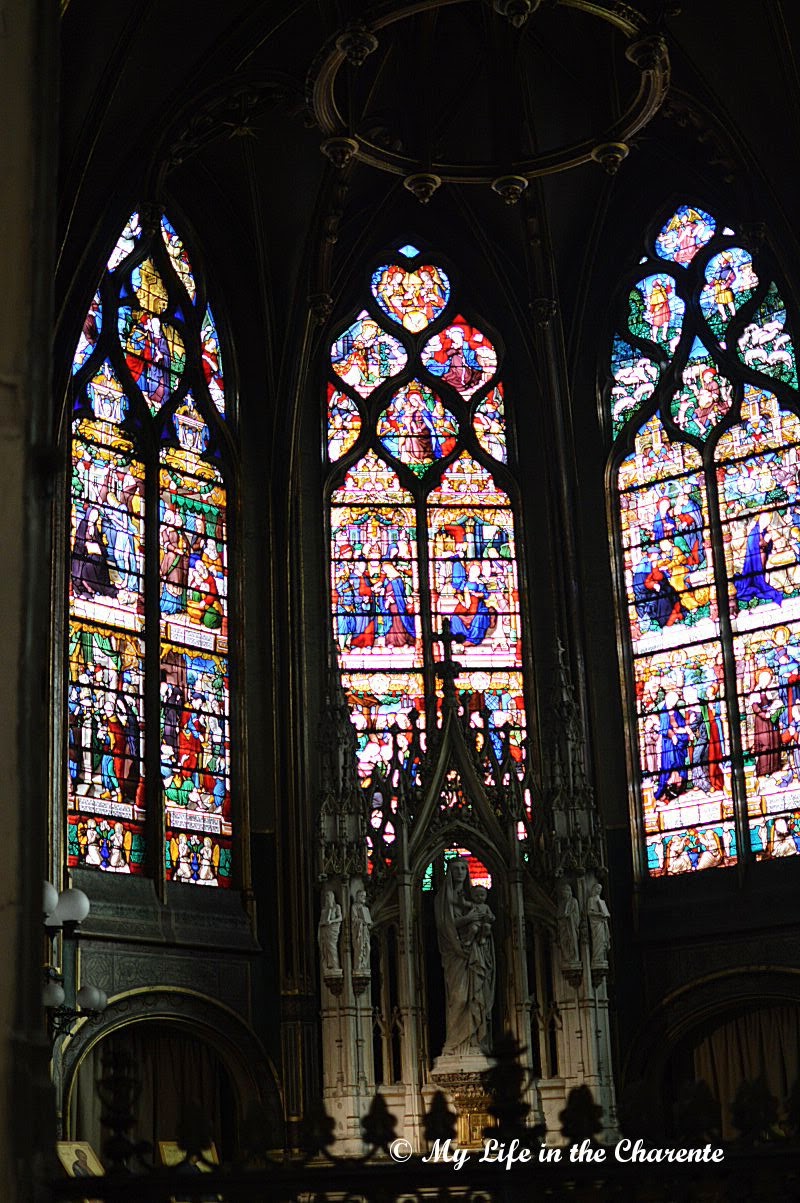 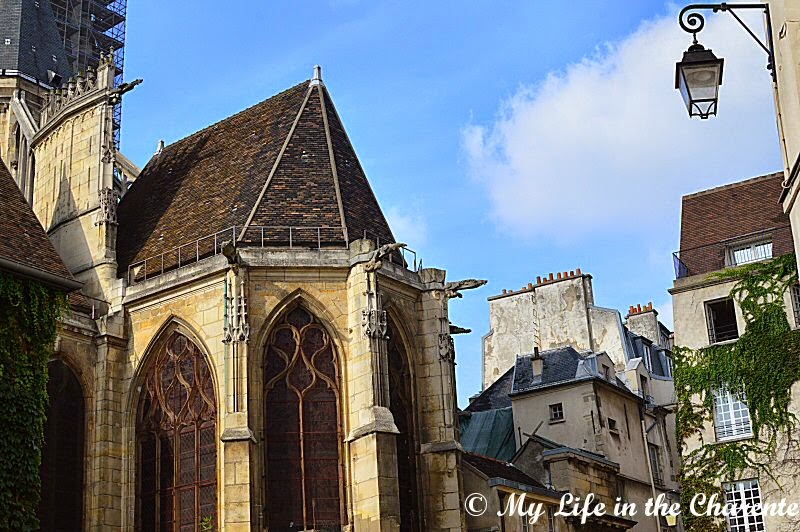 The rear side of the church 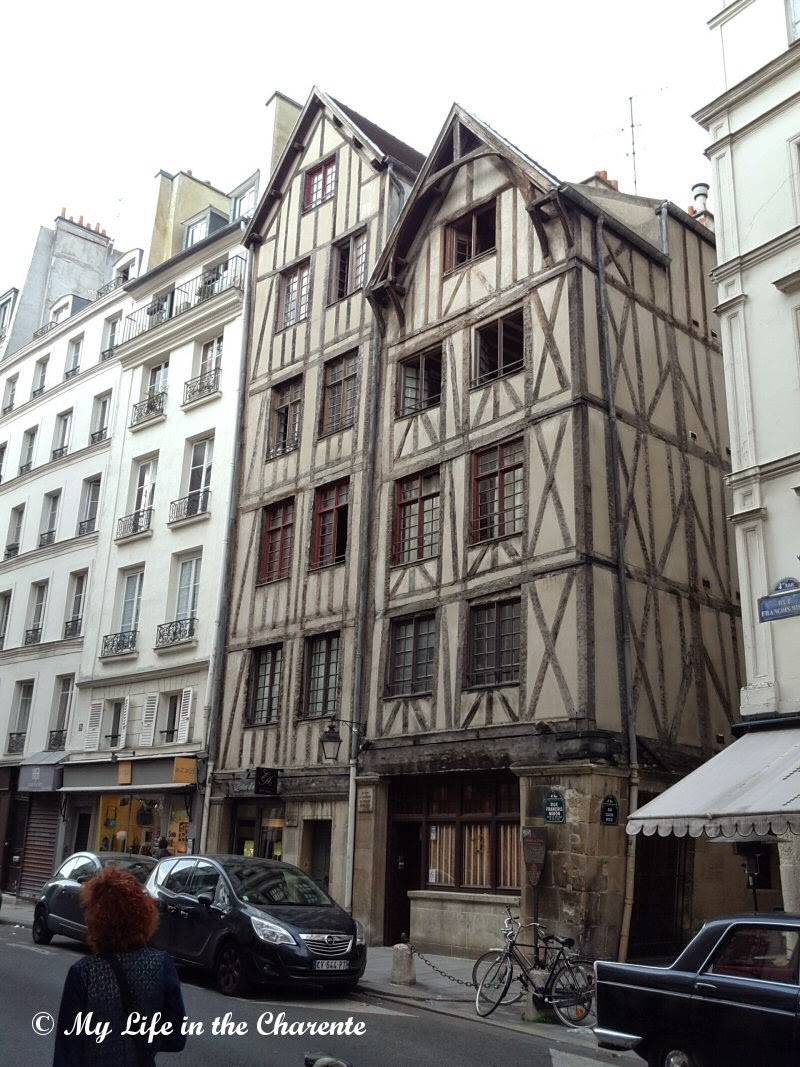 Numbers 11 and 13 Rue Francois Miron, two of the last 14th century houses in Paris. These gabled houses are narrow, with only two windows per floor. Their sides are built out on corbelling at the first floor level, their facades end with triangular pediments and are topped with steeply pitched roofs that allow rainwater to drain down the sides of the buildings. These houses are easily recognisable, thanks to their half-timbering which was uncovered, relatively recently - during restoration work in the 1960’s! 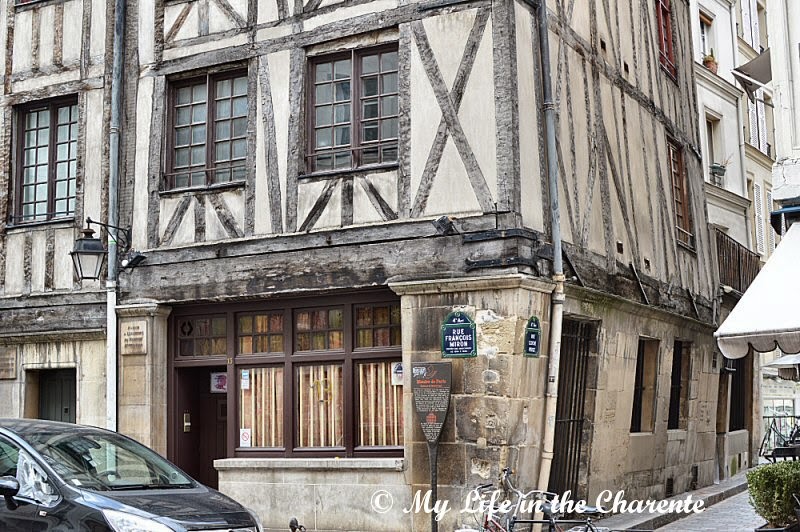 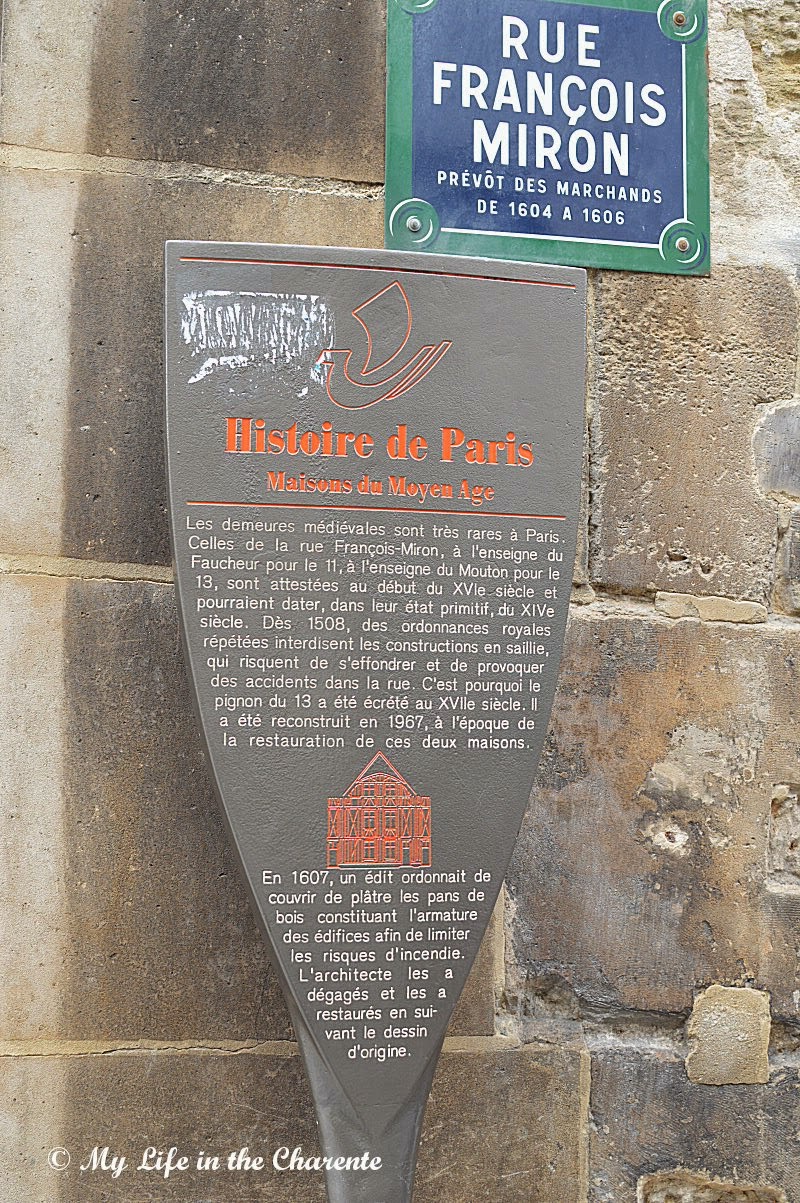 The sign outside the houses for those who enjoy reading the history in French. 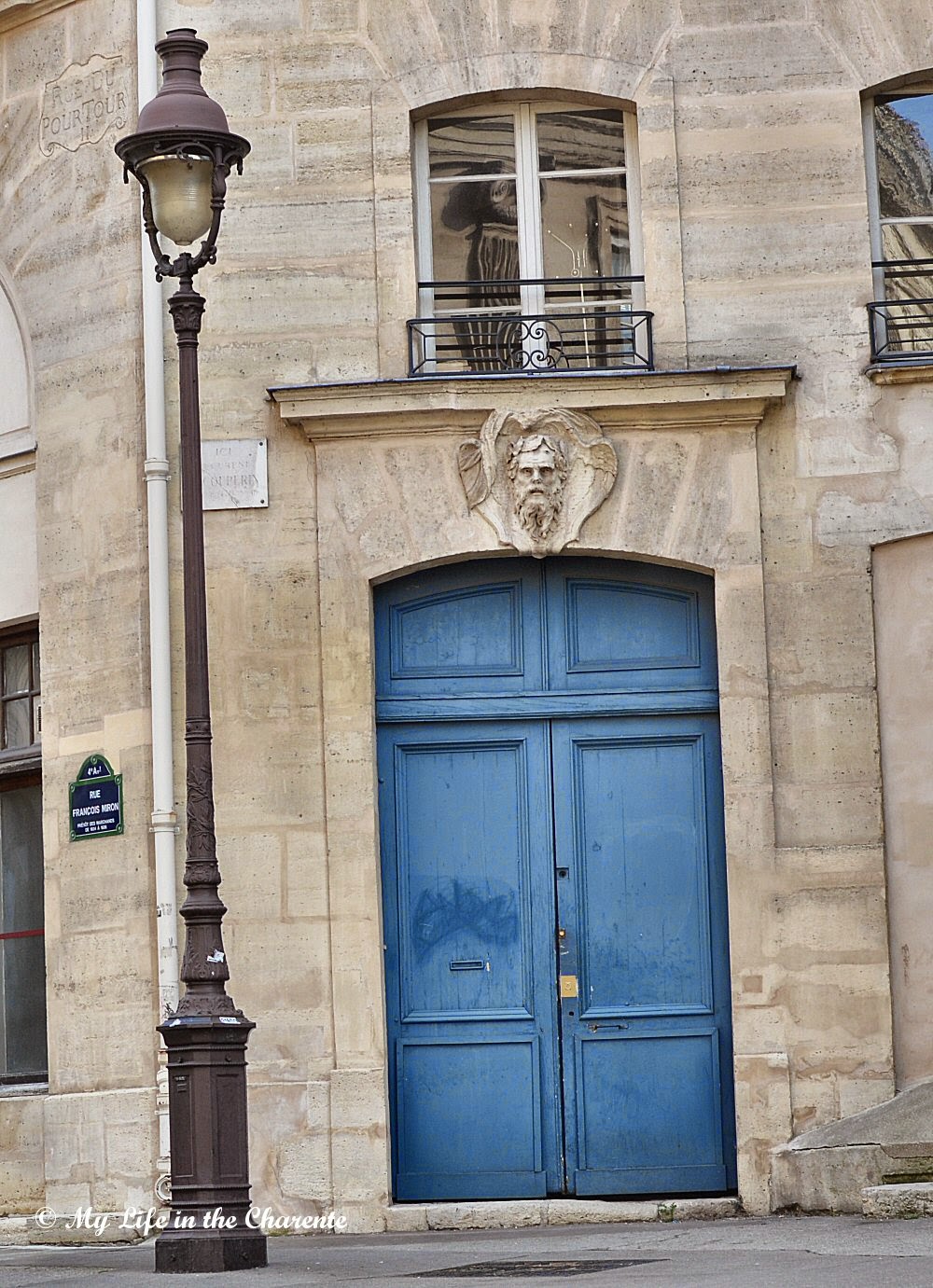 Yet another interesting doorway on the corner of Rue François Miron.

My daily diary can be seen HERESee also My Life Before Charente (updated 16 October 2014)
Sorry about the long delay in posts on the above but I will endeavour to keep it up to date more often!