Firstly may I say thank you for all the comments on the last post!  I much appreciate them all.

September was a difficult month in the absence of my laptop, which abruptly expired! With only my Nexus tablet to work with, I tried to do one post on my photodiary  while in Paris, but gave up in despair.  It copes  with simple photos, but if you try to add captions, it becomes more than difficult, especially with the small screen.   We never did track down the problem with my old laptop, but thankfully the hard drive was unaffected, so I was able to transfer all my files to a new laptop. Because I wanted a qwerty keyboard and a French guarantee, the purchase took longer than I expected. I am now trying to master all the new programmes loaded on it!

These are mostly random shots taken in Paris, where the architecture took my eye as we were passing.  Many I have no identification for, but I thought nevertheless they would be of interest, particularly for those of you who have not visited the city. I will in time get through the approximately 600 (!) photos I took, and do some more specific posts. 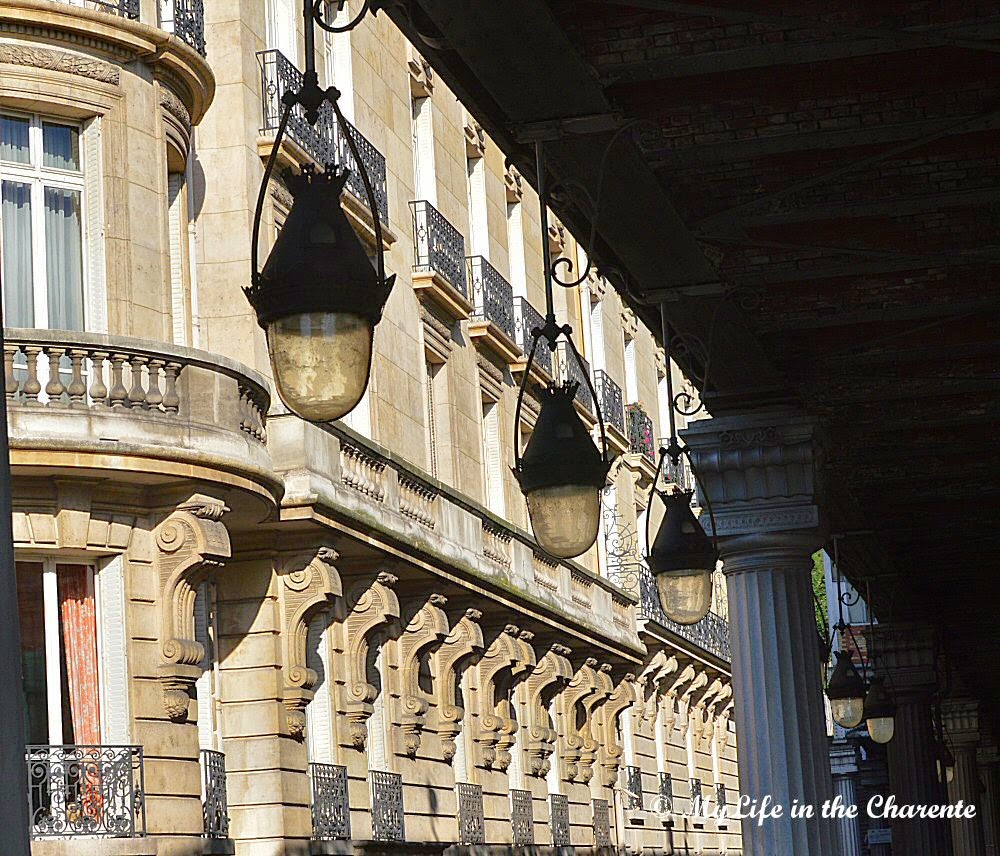 We were fascinated by the lighting under the elevated section of the Metro subway line which crosses the river Seine at the Pont de Bir-Hakeim on the west side of Paris. 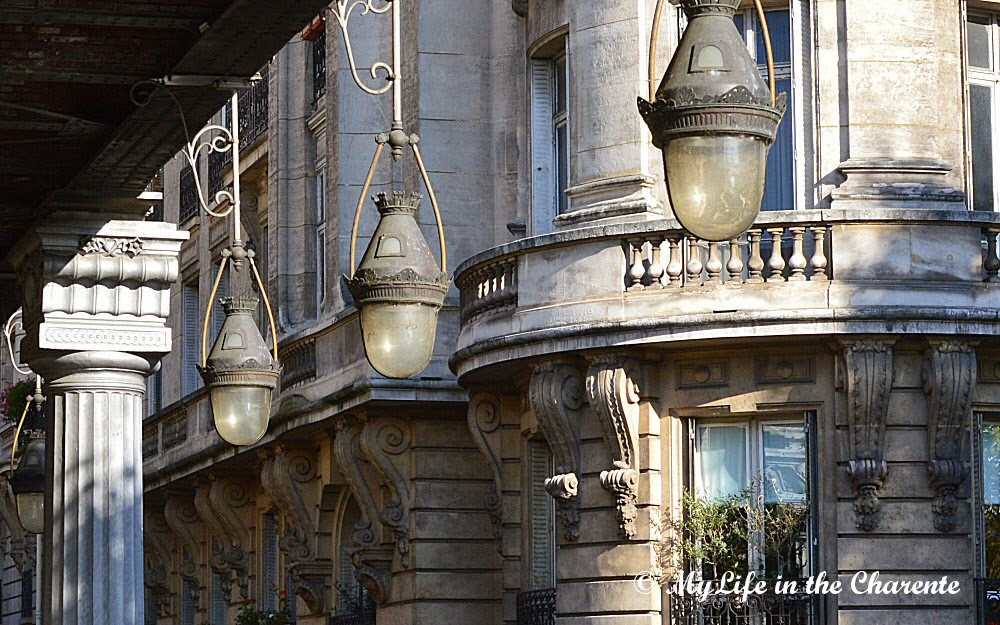 and the elaborately carved stonework of the architecture close by 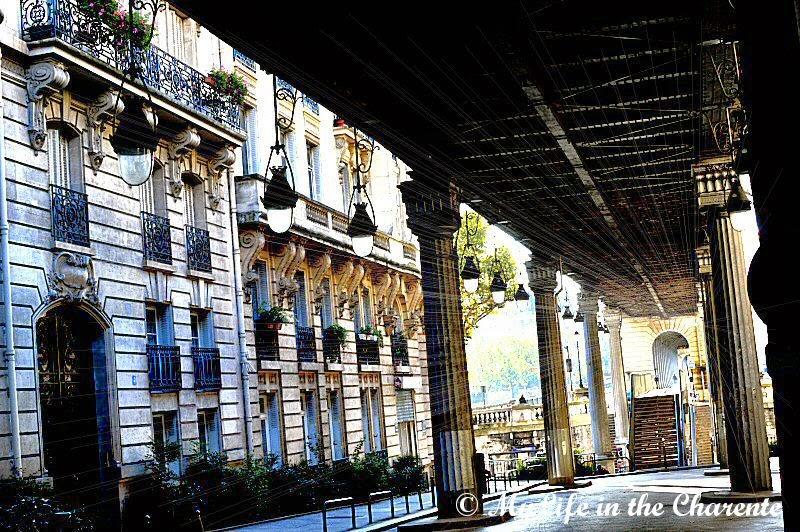 in the Square Alboni. The stairs visible in the background lead to the roadway which crosses the river underneath the rail line. 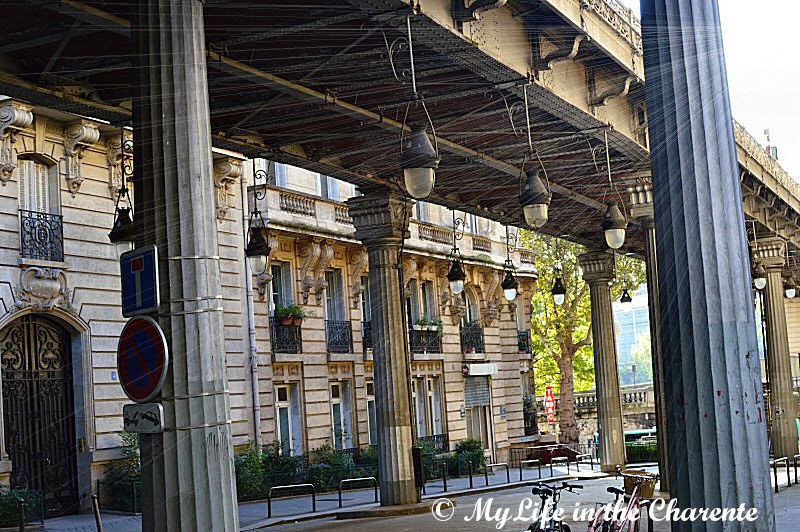 Another view of the quiet suburb of Passy

The location map shows how the bridge affords a good view of the Eiffel tower, just across the river. 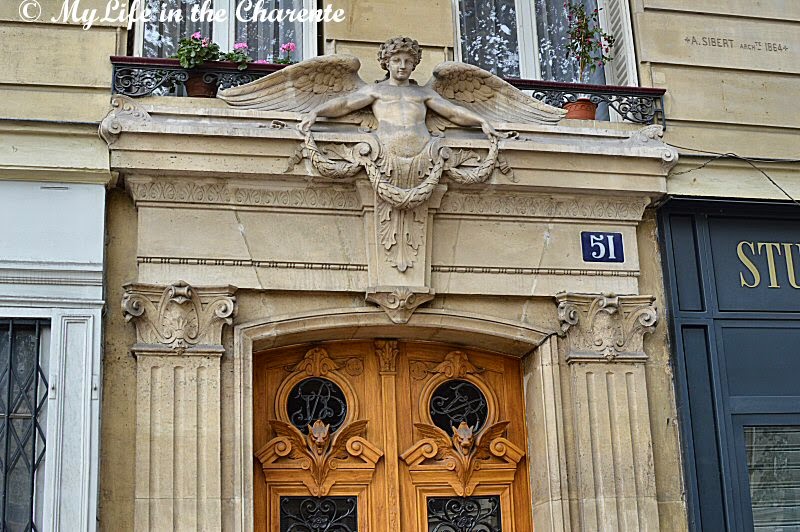 Loved this ornate doorway - no 51 somewhere! 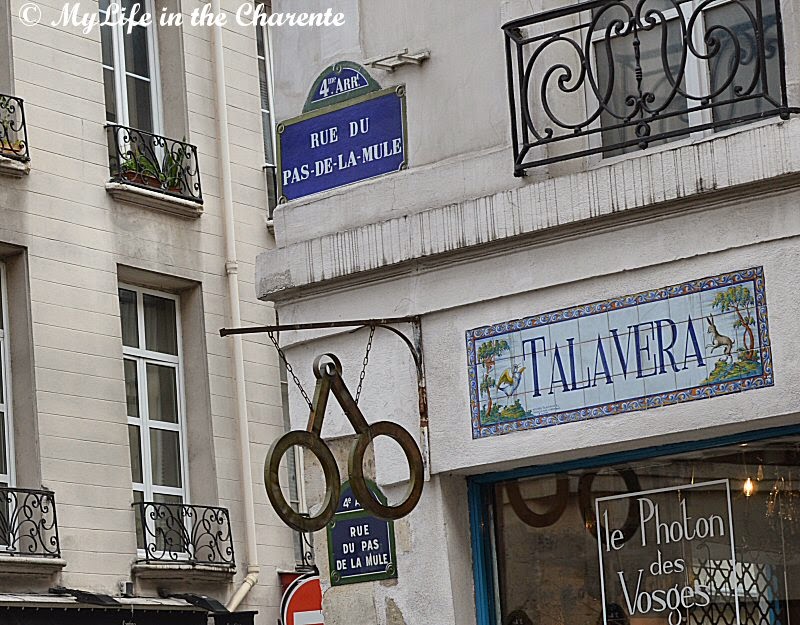 Optician's sign at Rue du Pas de la Mule in the 4th arrondissement (suburb) , not far from the Bastille, where the troubles of the French Revolution began in Paris. 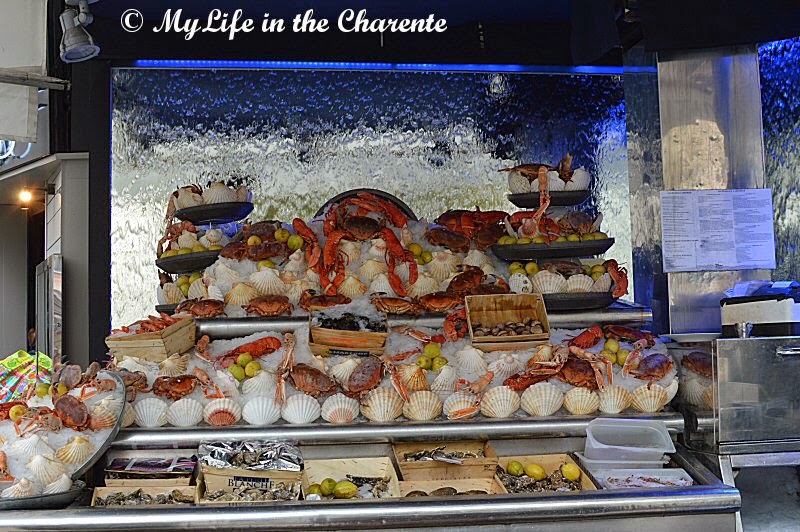 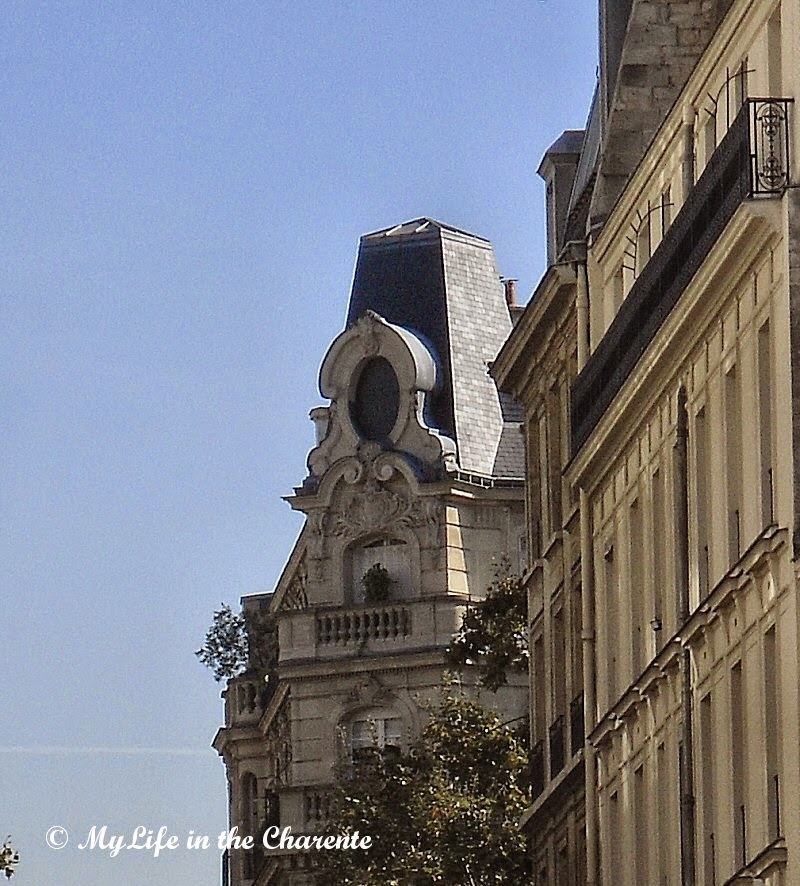 Trees growing in crevices in the stonework! 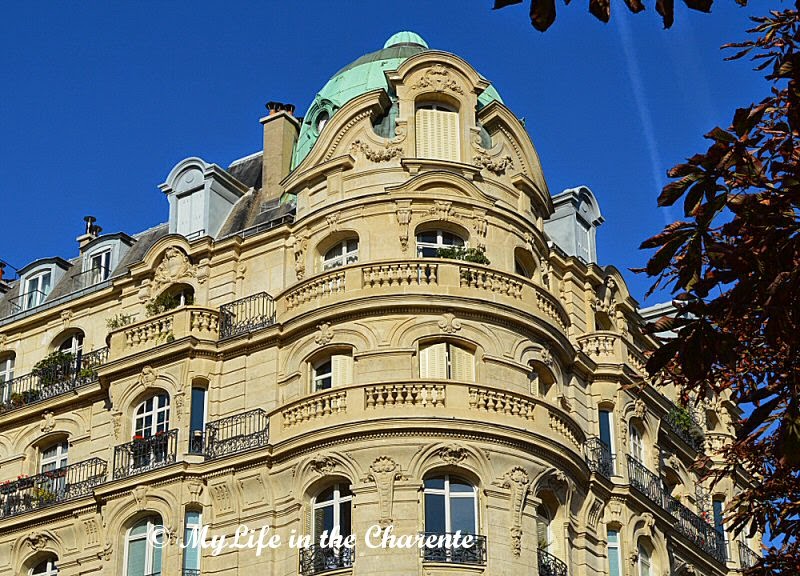 The green patina on copper covering to a roof dome. 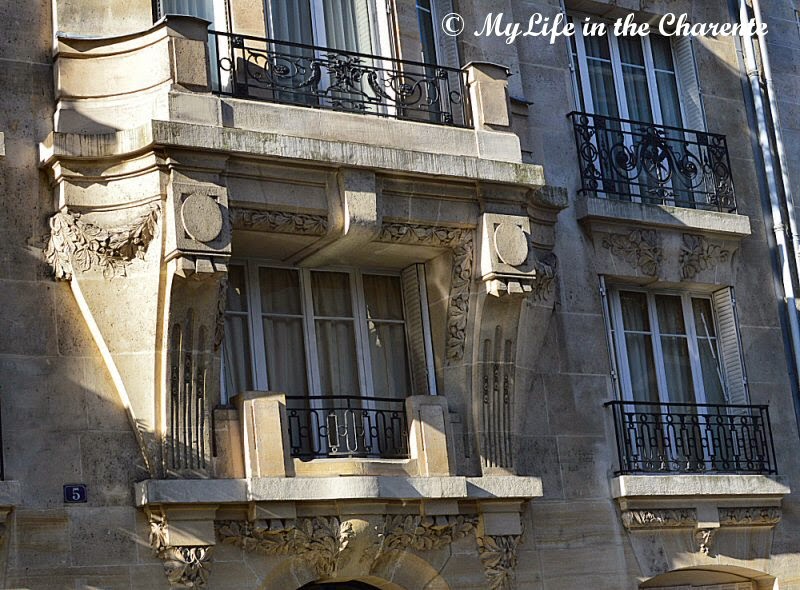 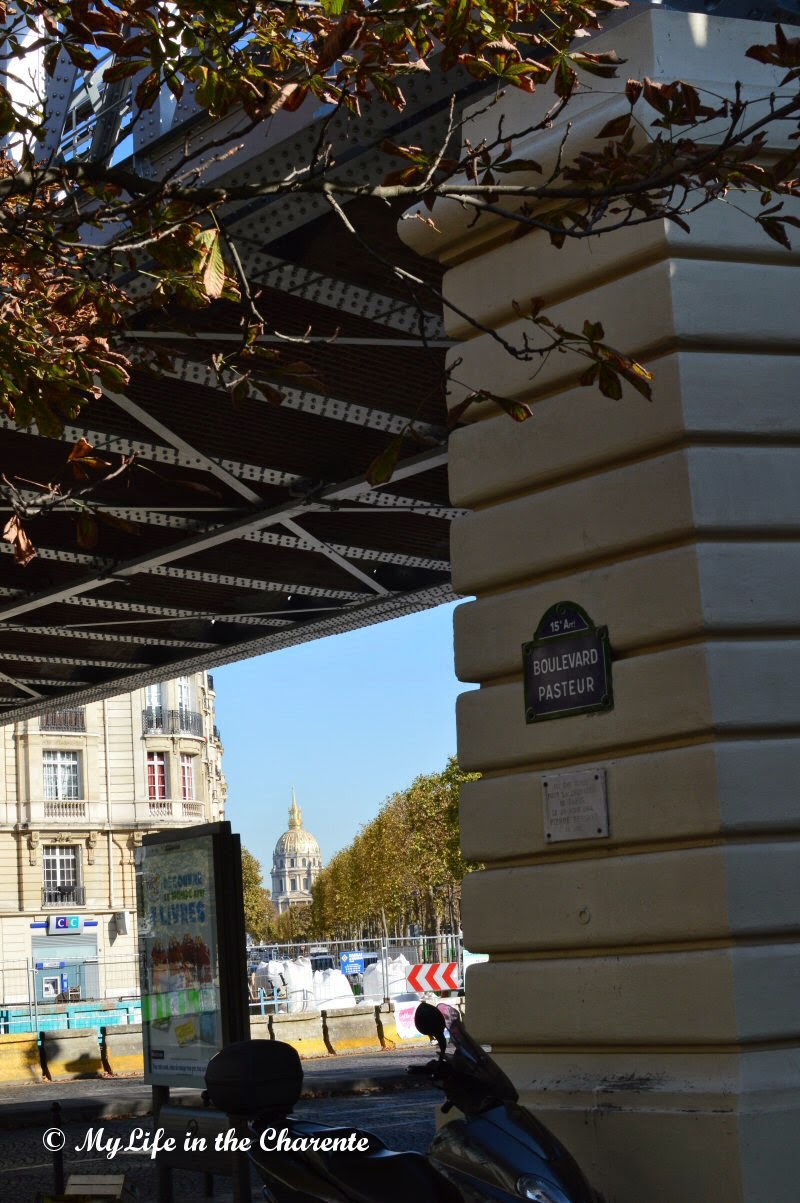 Boulevard Pasteur; lots of work going on here restoring the old viaduct which carries the overhead metro line.  In the distance, you can see the gold adorned turret on Les Invalides. 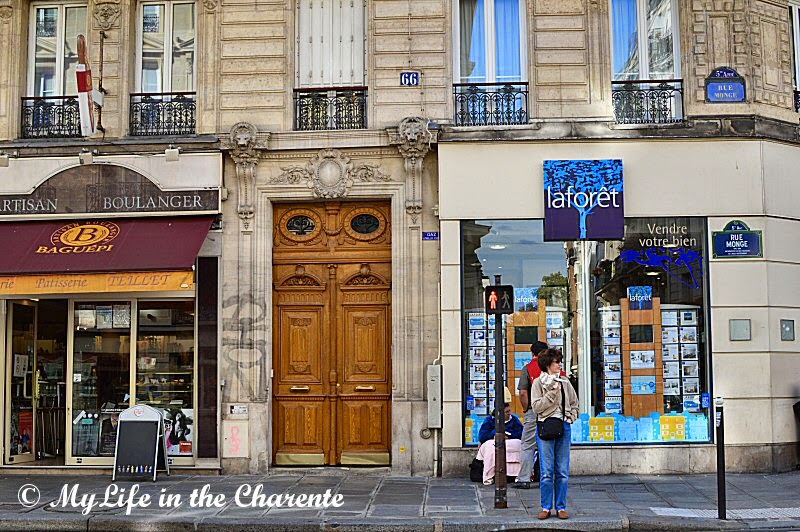 An interesting doorway in Rue Monge. 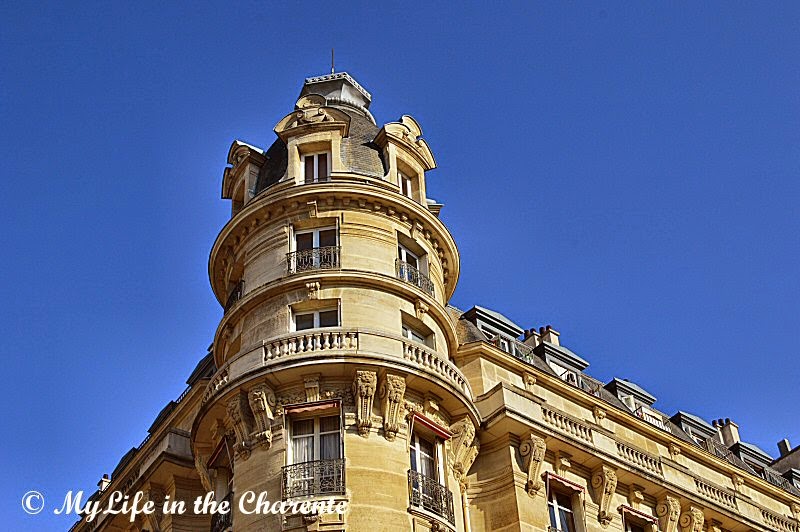 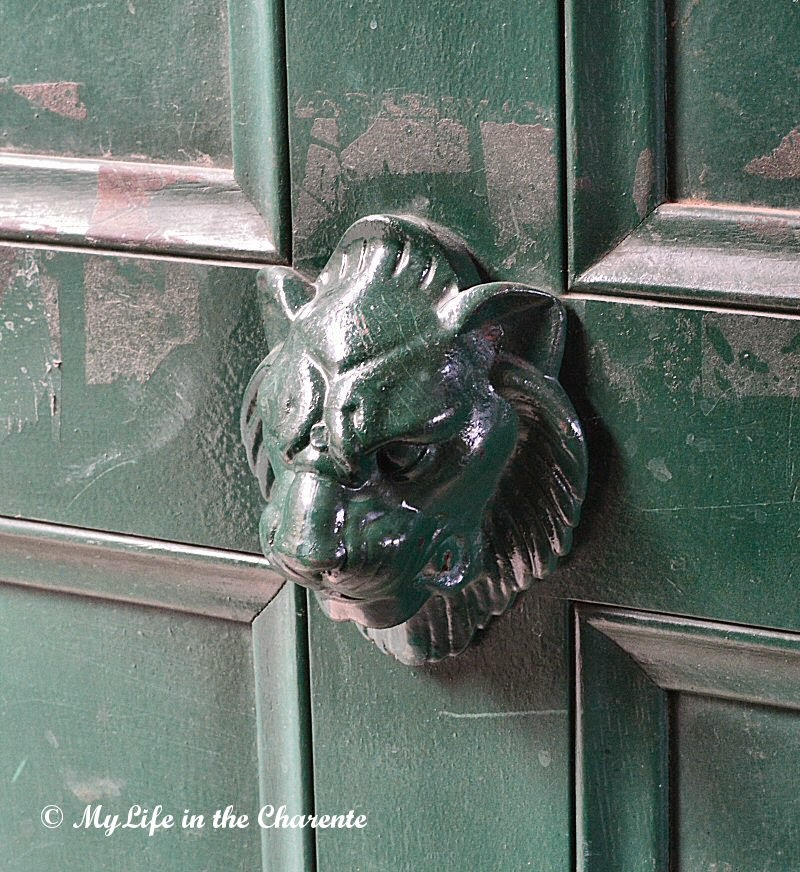 There is a great selection of door knobs and knockers in Paris! 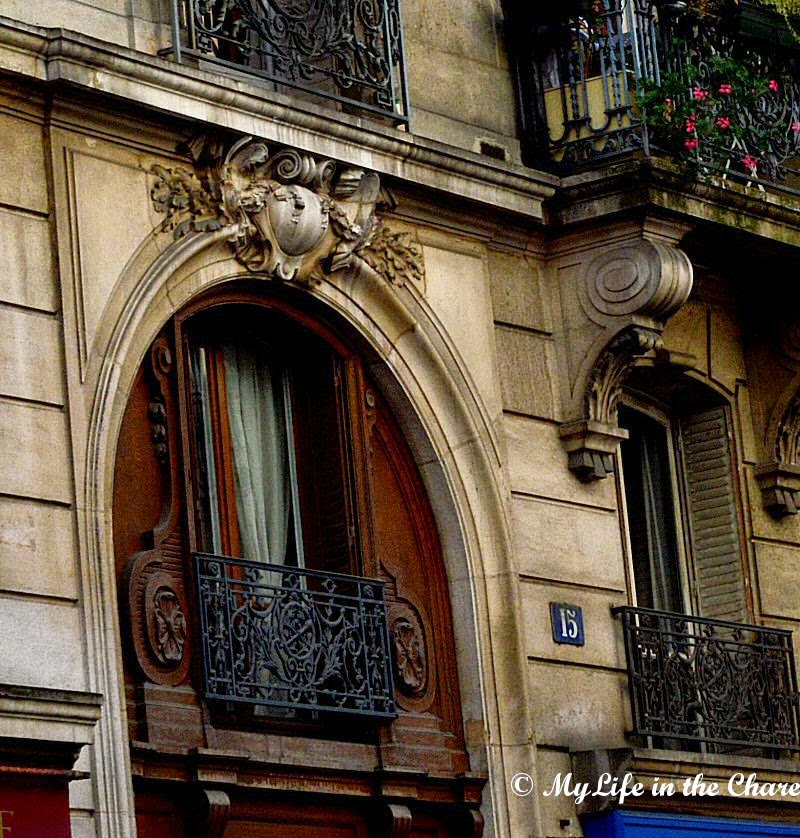 My photodiary  site is pretty much up to date,  so for those of  you who may be interested see HERE.

I have every intention of returning to My Life Before Charente, hopefully in the not too distant future, but time always seems to be at a minimum!