Yesterday, Sunday, was the date of the annual luncheon for the retired folk in our commune, free of charge to all residents above the qualifying age!! I forgot to take photos of all of the courses; my usual trick when I am enjoying my food, but you can see that we did all have quite a lot of fun! We met up at 12h15 and made it home just after 17h30!! 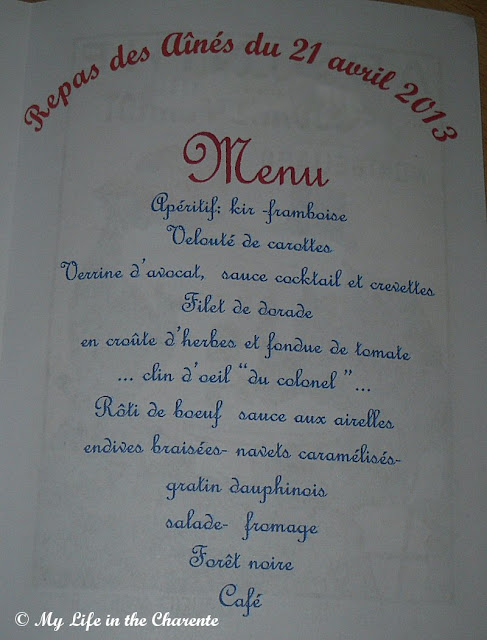 Each of the menus had a picture on the its back and front, all in the style of old French advertisements. There were many different adverts - it must have taken someone ages to print and cut enough  for 150 people! It was also a "spot the  difference" game and one had to find 5 differences between the two pictures - an interesting diversion between food courses!!  Some were quite difficult to find, but I will print a few here to see if you can see the differences, if you have that much time on your hands! The pictures were interesting to see, however,  even if you have not got the time! 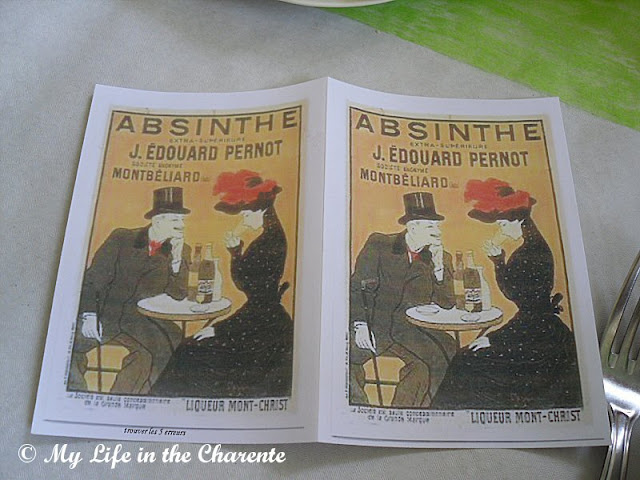 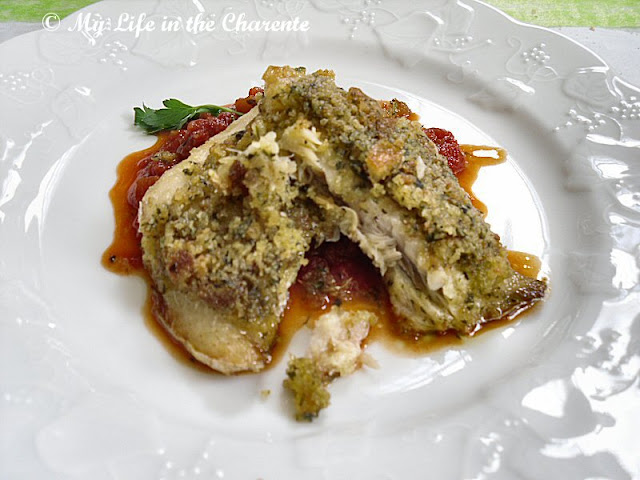 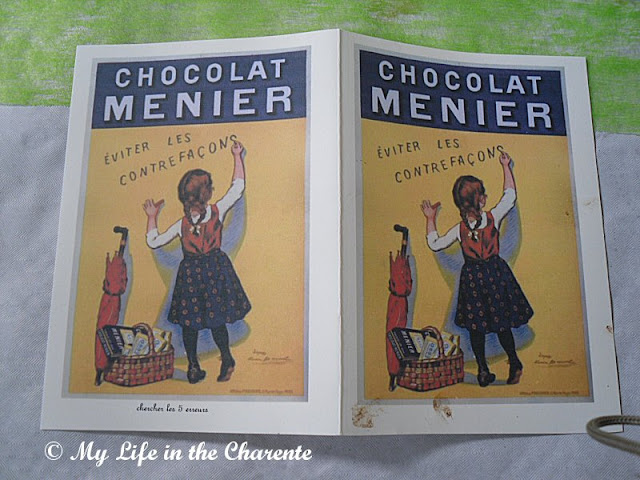 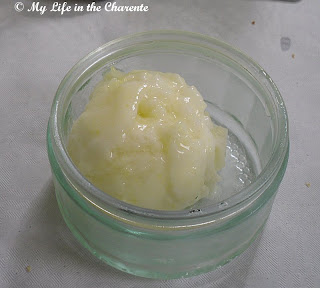 Lemon sorbet with vodka; the former cleanses the palate, while the vodka supposedly makes more room in the stomach for the next courses! This seems to be called " a colonel's wink" in French! 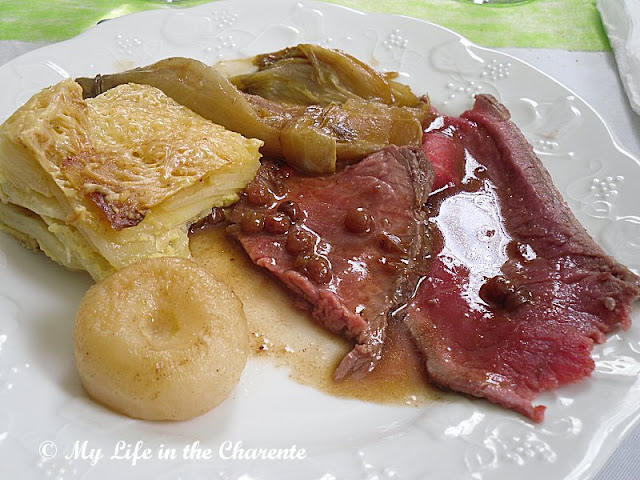 Rôti de boeuf, with endive, turnip and potato dauphinoise. The meat was tender and cooked perfectly  for our taste! In history, the French military used to call the English soldiers "les rosbifs", because of the red uniforms they used to wear at that time. 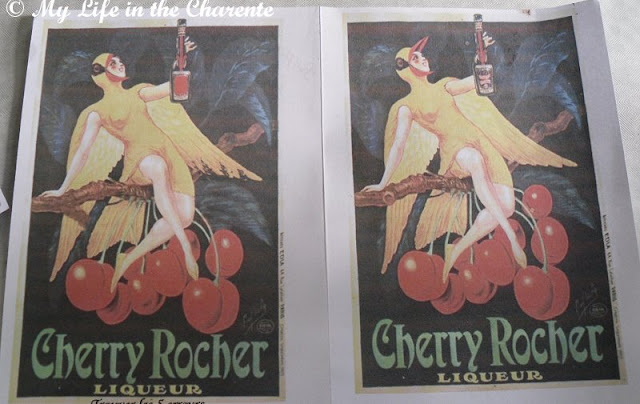 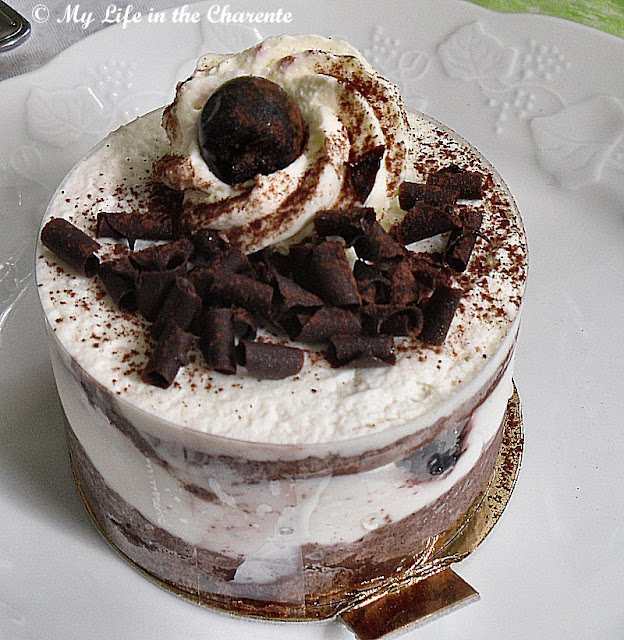 Fôret noire. Modern take on a black forest gateau and served with the wrapping still in place! 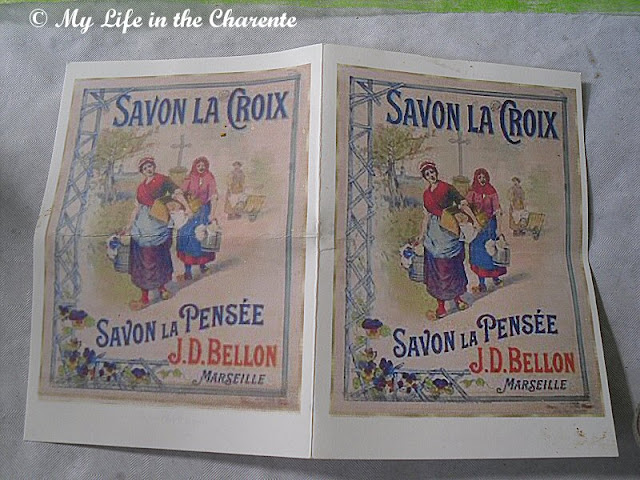 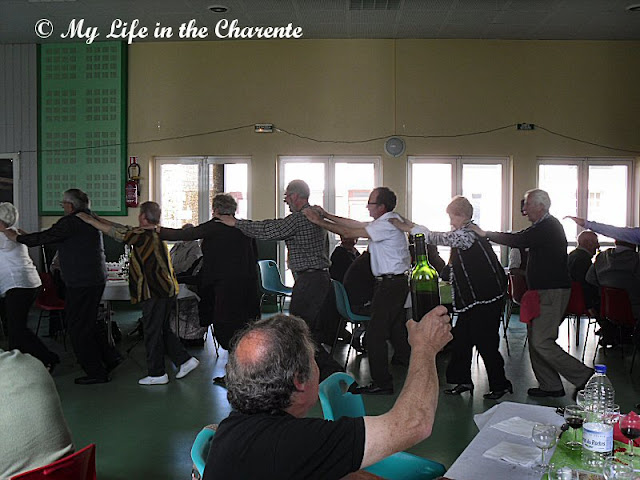 After the food, wine, champagne and cognac the fun began with a conga line, accompanied by accordion music!! 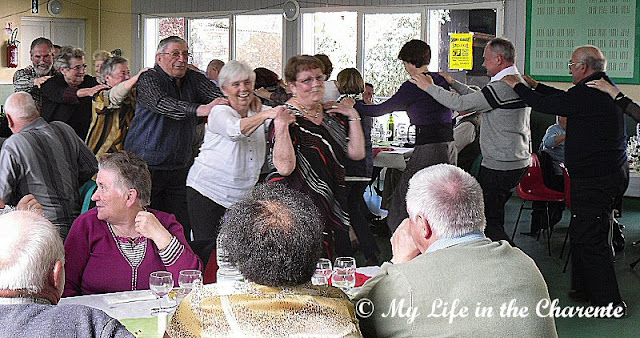 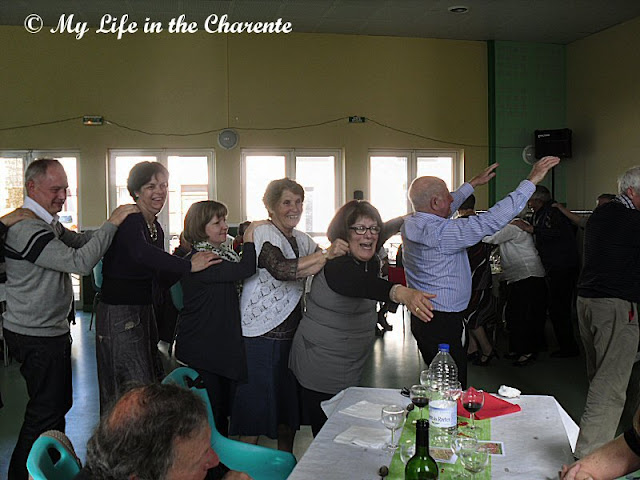 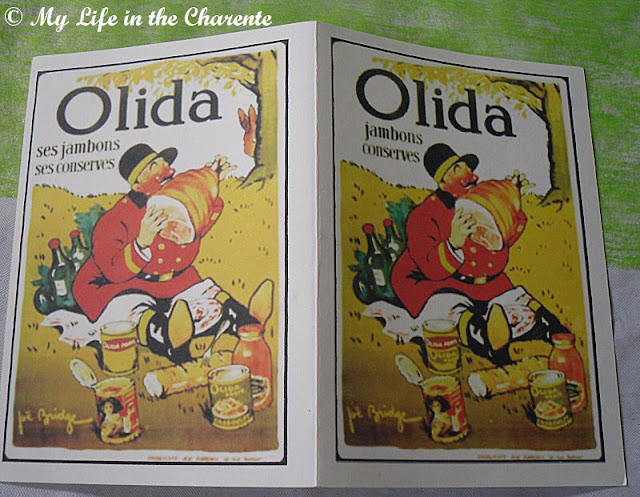 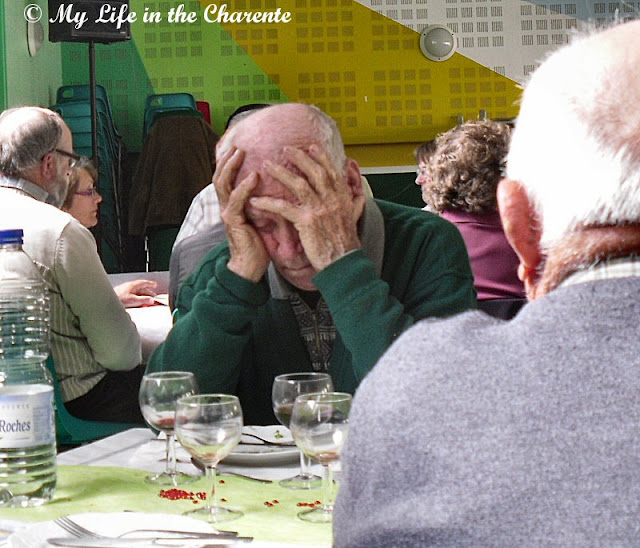 I guess it was all a bit to much for some, though. Ha ha.