I am a little behind with the post this week, as we have had a somewhat (for us) busy weekend!  On Friday we went out to lunch to celebrate Nigel's birthday; the nearby Les Routiers Restaurant we like is closed on Saturdays, so we decided to celebrate a day early. 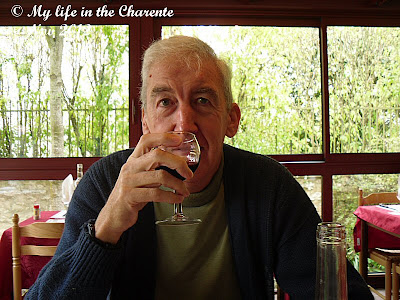 For some unknown reason we did not realise there was soup on the menu; I don't think they have it in summer, so  we went straight for the self service hors d'oeuvres 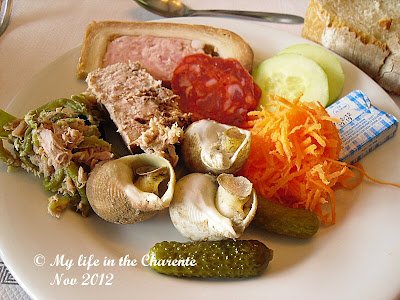 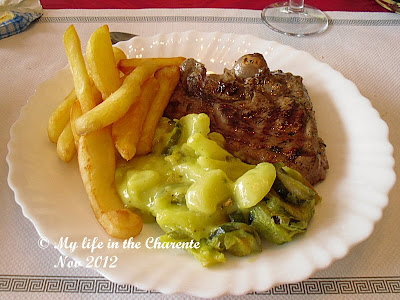 For the main course we both chose gigot of lamb with frites and courgettes.  This was followed by cheese and finally we both chose crème brulee for desert. 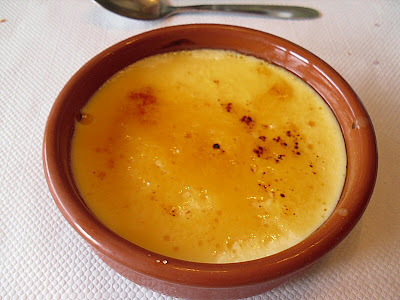 Then came Saturday, and the real day of the birthday, so we had all the neighbours around for aperitifs.  Thankfully it meant only snacks, but it still all takes time though we really enjoyed the visit.  Sadly I put my camera on the side to take some photos and when they had all gone I realised that I had completely forgotten to take a single photo!!

Finally yesterday, Sunday, we went to the Remembrance Day ceremony at our local war memorial.  For more information see last years service HERE.  This year was very similar, with the service at the memorial, followed by snacks and drinks in the Salle des Fetes (Community Hall), where one of our local residents displays part of his huge collection of WW1 memorabilia for all to see. 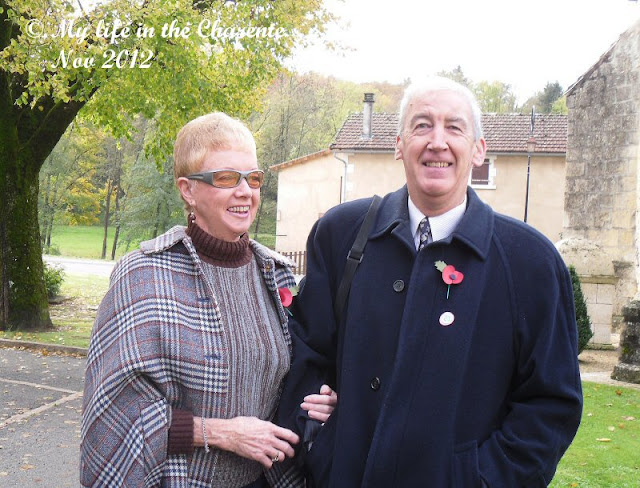 The two of us waiting for the service to begin. I had a haircut a couple of weeks back, I did say short but it was not meant to be quite this short! 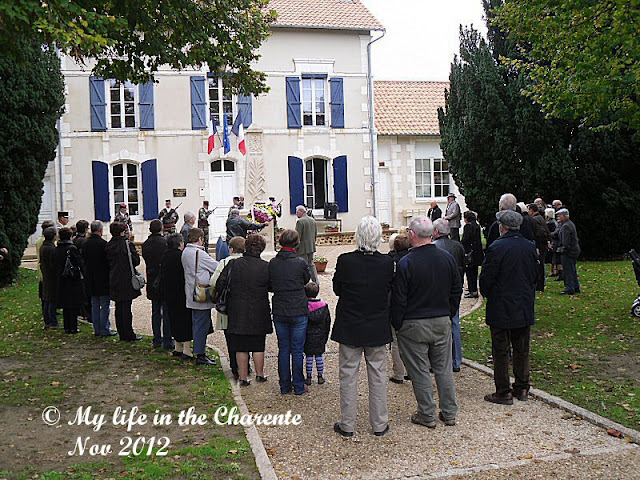 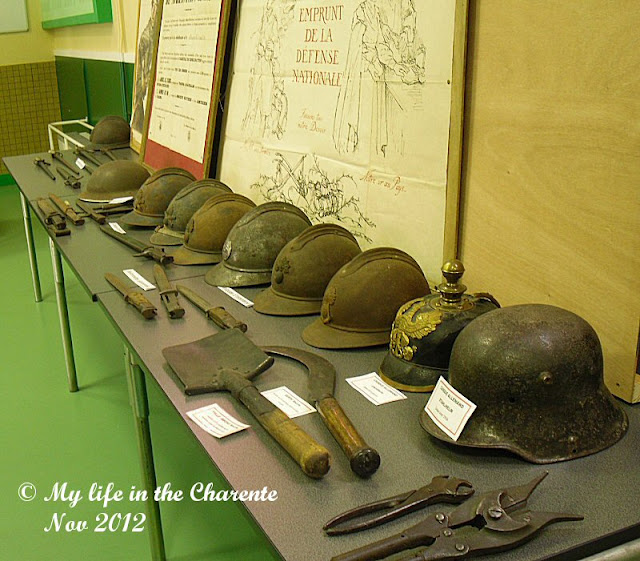 Some of the memorabilia 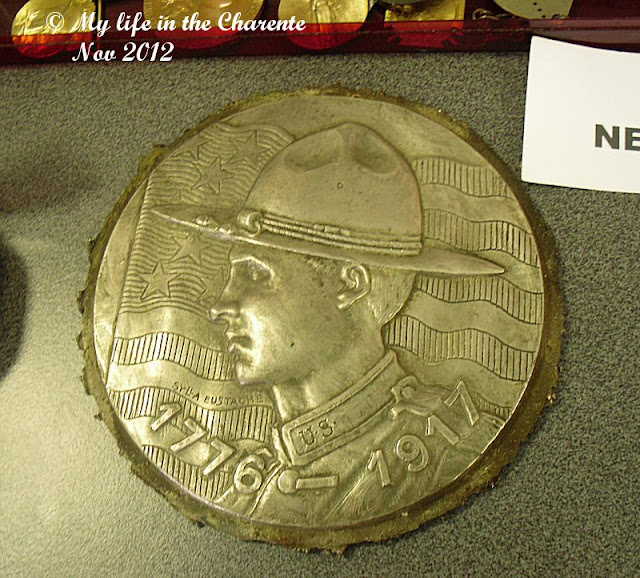 I thought this may be of interest to my American followers 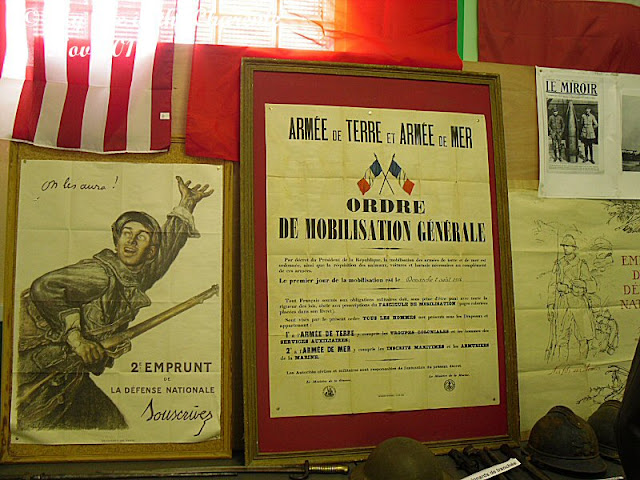 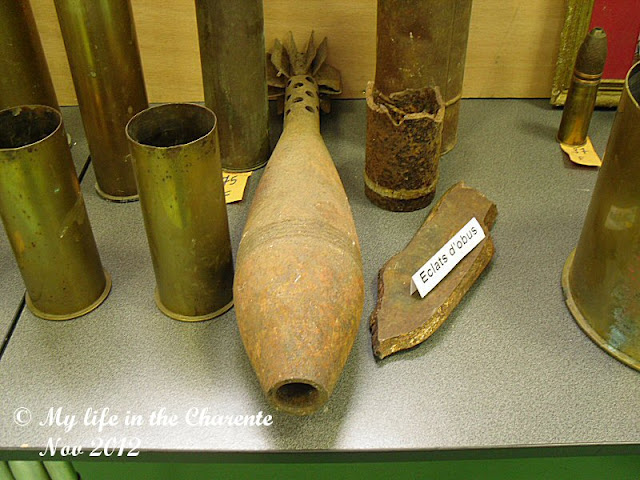 Not sure that I would like to be standing in the way of any of this artillery! 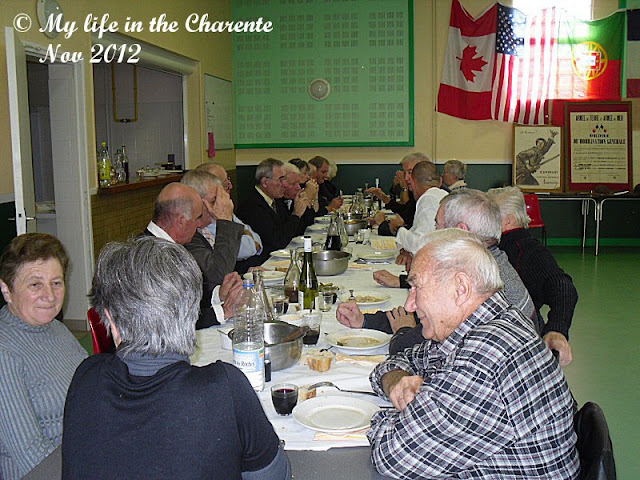 Finally we were surprised with an invitation to lunch with the organisers and the mayor.  As the only English speaking people at the table this was quite an honour.

Last but not least, Nigel called out to me to see the glow on the trees in the garden from the setting sun.  I ran out and managed two quick photos and the brightness had gone. I just caught it in the nick of time. 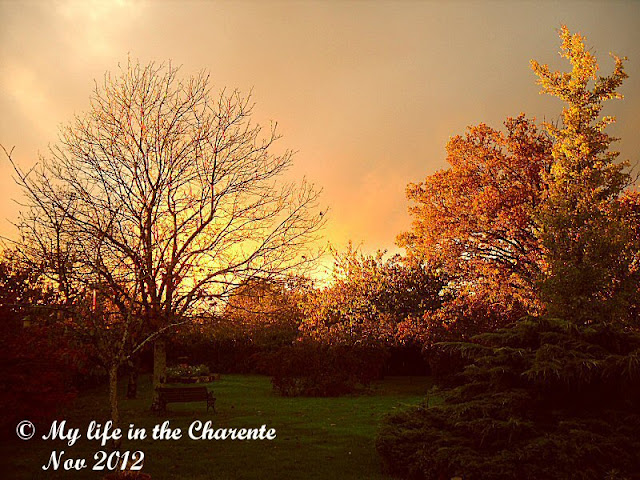