Further to the last post, here is an update on the chicks, Black Redstarts (Phoenicurus ochruros).  I have been watching them as closely as possible and only in my last photo, taken at 7 days old, do there appear to be six youngsters in the nest.  It is one of the smallest nests I have ever seen, though fairly deep.  I am wondering however if they are all going to fit in it for much longer!!  See how many you think there are ?
Mum appears to be doing a fantastic job and appears very patient with me taking a look every couple of days. 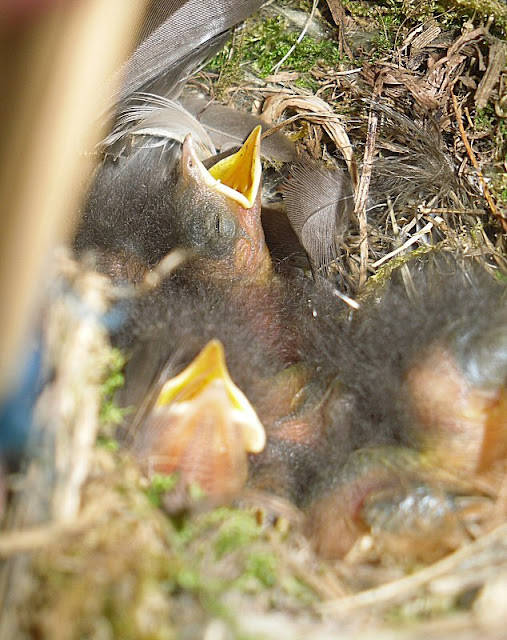 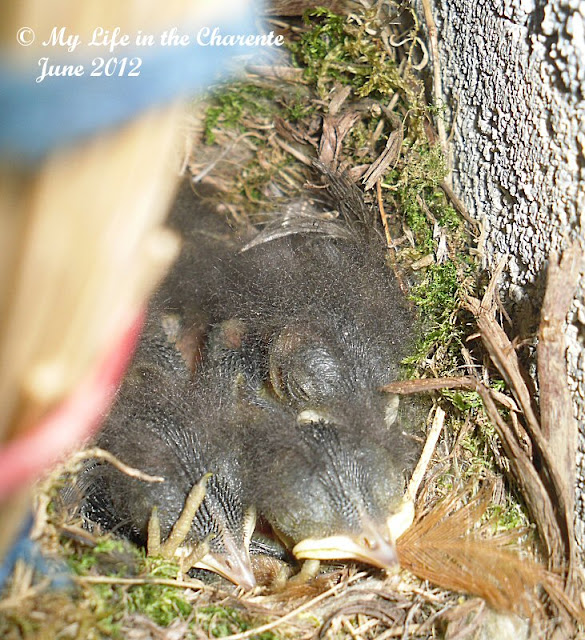 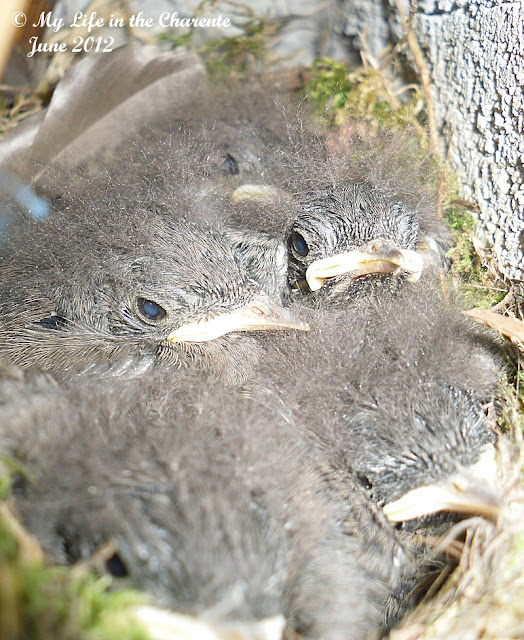 Finally, on 2 July 2012 at a week old, I can see what I think are 5 beaks here, but there also looks like another eye hidden on the left. Six maybe?
You might also like My Life Before the Charente  updated 28 June 2012. 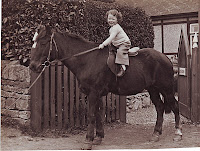 Some people seem to be having a problem following this link from their reader; I am aware of the problem, but unable to fix it.  If anyone has a solution, I will be more than happy to hear about it.
Posted by Diane at 14:32