At the end of February, we took another interesting walk with our French leisure club, starting from a farm very near to the village of St Adjutory.  Here we are on this lovely sunny winter day, walking up a quiet country lane, with the buildings of St Adjutory to be seen through the trees in the background.  It was during the school holidays, so we had the company of one young, and very polite, lad, the grandson of one of the walkers. 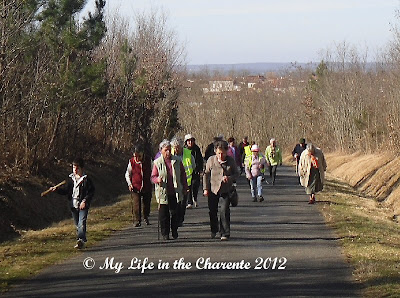 We had only walked a very short distance, when we saw this plaque on the wall of a barn.  A memorial to " Bir Hacheim" the French WW2 resistance group, who used the barn as one of their secret meeting places. If you have not seen my post about the old priory and the WW2 French resistance, take a look HERE 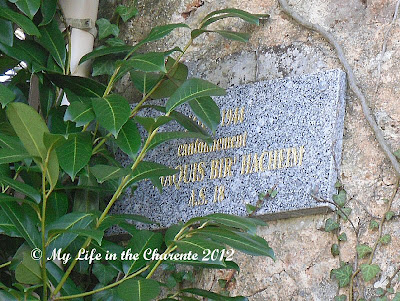 Walking on a little further we encountered a roadside cross, used in olden times, we were told, by passing religious processions as a place to worship. Once a regular feature of life in this area, but it seems the processions are no more! 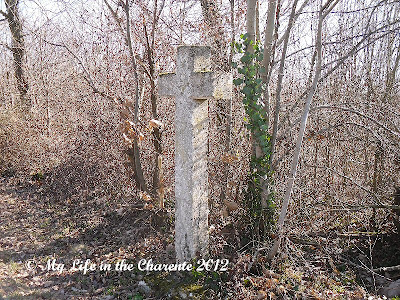 Next we saw the sign to a privately owned château, which is now run as a bed and breakfast. Built around 1600, it came into the ownership of a family called Maret in 1714, and their ownership managed to survive the French Revolution in 1789!! 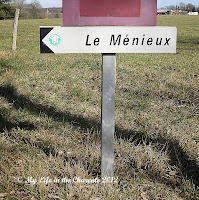 Quite beautiful, and I imagine a gorgeous and tranquil place to stay over. 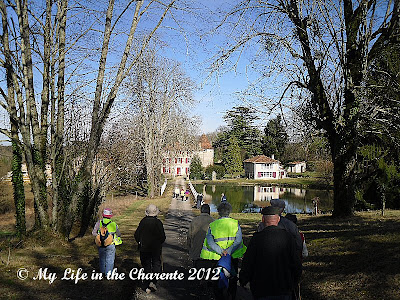 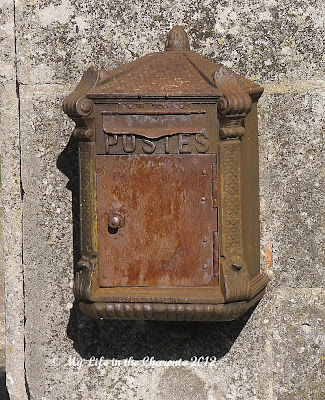 Walking down the side of the château building, we passed a horse paddock, and both an indoor and outdoor ménage.  How I would have enjoyed these facilities when I was a horse owner! 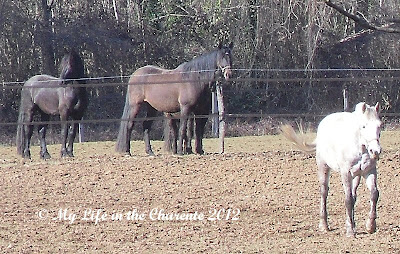 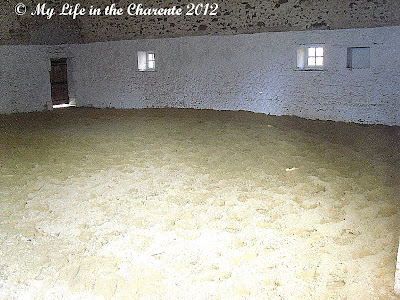 A view of the château from the back. 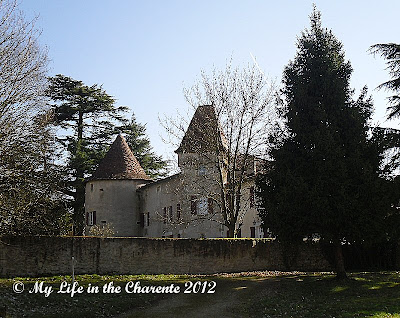 On the other side of the château, we found a working farm. 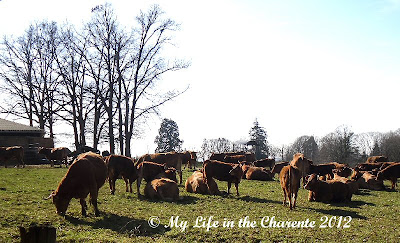 where this poor abandoned van took my eye! 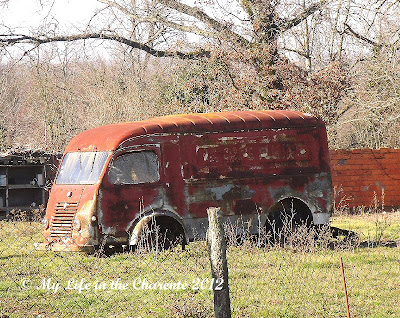 Suddenly, amongst the peace and quiet, we heard a loud noise, and there, almost overhead, we saw a flock of migratory geese. What a tremendous sight it was; sadly my camera is not up to taking photos of this kind, but it does give you an idea of the large numbers of birds.

A few hundred yards up the road, we came across a second château, Château Chabrun, unfortunately not accessible to the public, so we could only view from a distance (sigh). Also built in the 1600's, it was extensively restored in the 1800's, including the addition of the round tower you can see below. 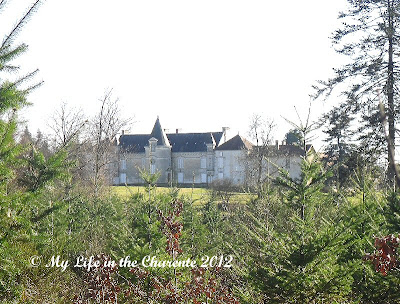 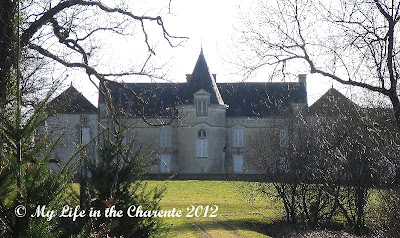 I think I could easily move in as Lady of the Château, so long as I had plenty of staff to do all the work LOL. 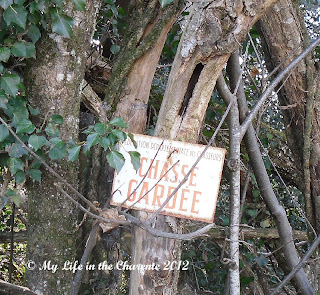 These signs are to be found everywhere in rural France. They notify the general public of private land, where the French go hunting. Wild boar, in particular, do a lot of damage to property and crops in this area and hunting is a very popular country pursuit. The hunters are occasionally not too particular where they shoot and any sights of men wearing camouflaged clothing make me nervous!! When out cycling during the hunting season, I wear very bright colours; I do not want to be mistaken for a deer or a wild boar!!

Walking back to the starting point now, we pass the largest compost heap I have ever seen; I wonder if I can arrange a few loads of this on my garden?! 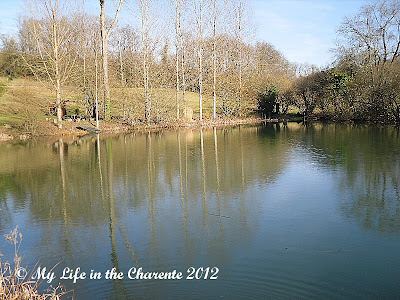 Finally, we passed this small dam.  The water looked very calm, but I am sure there must be plenty of fish in there somewhere, hidden in the depths.
Posted by Diane at 12:37