Because of the demand from my followers for UK posts while I am here, I did promise I would do one a month.  I think I overstepped the mark last month with Christmas etc and did a few extras, but here is the first UK January post with what I thought was a beautiful church.
St Nicolas (no "h" apparently!!!) Church was probably originally a chapel in the outlying village of Thatcham, close to what is now the  much larger town of Newbury. Very little now remains of the original Norman church on its new site, which is in the middle of Newbury, and the present structure is largely the 16th century church which replaced it. It is designed and built entirely in the Perpendicular style, ashlar (dressed stone)-faced inside and out. The work was completed over about 30 years, starting around 1500. On the wall above the tower arch is a carved angel figure bearing a scroll dated 1532, generally accepted as the date when the tower was completed.
There is evidence that the church was later used for other, non-religious, purposes during the English Civil War, both as a prison and a hospital after the Second Battle of Newbury in 1644.
A walk around the outside is recommended in the church guide brochure: one is encouraged to look especially at the proportions and fine detail of the tower.  The two arched gateways facing east onto Bartholomew Street, built by Fuller White in 1770, are the earliest examples of Gothic Revival in Berkshire. 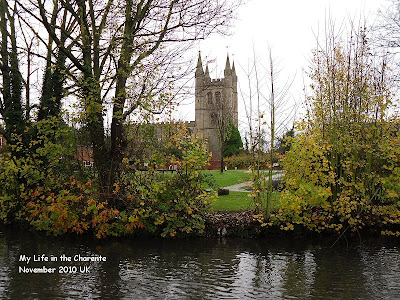 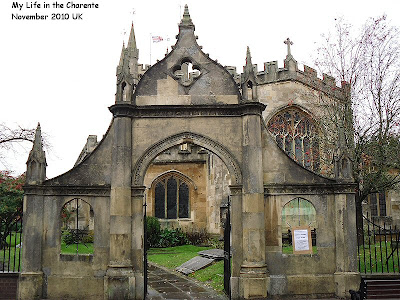 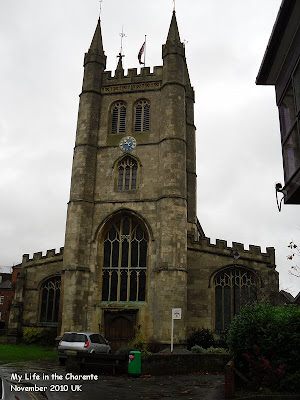 The tower, perhaps the finest architectural feature of the church, contains a ring of ten bells with a continuous history from 1532. 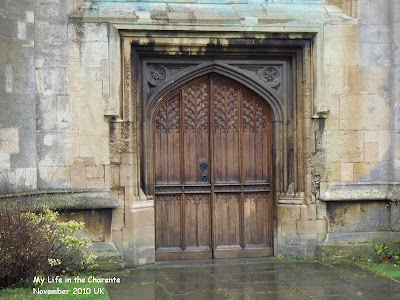 As you look up from the centre of the nave you will see the window at the east end of the church (below) depicting the crucifixion of Christ.  On the left are the windows showing some of his miracles and on the right are some of the stories he told. 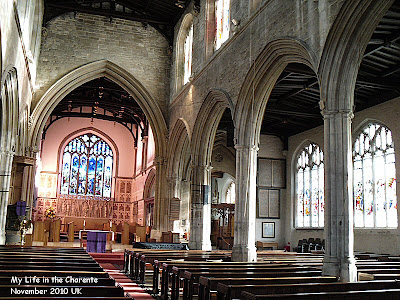 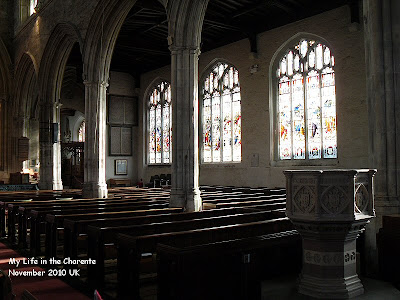 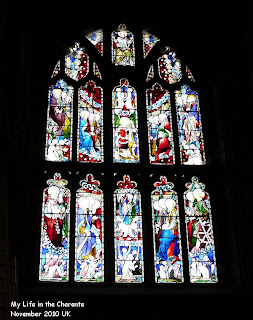 Information with thanks to 'A Brief Guide For Visitors' issued by St Nicolas Church
For further information about the church see HERE
or their facebook page see HERE
Posted by Diane at 21:25