For the pictures taken around the centre of Wantage see Part 1
Just beyond the Church of St Peter and St Paul is The Betjeman Millennium Park in Wantage. Sir John Betjeman, CBE;  (28 August 1906 – 19 May 1984) was an English poet, writer and broadcaster, who described himself in Who's Who as a "poet and hack". He was a founding member of the Victorian Society and a passionate defender of Victorian architecture. Starting his career as a journalist, he ended it as one of the most popular British Poets' Laureate to date and a much-loved figure on British television.  There is so much history connected to Betjeman and for those interested I suggest they take a look at
http://en.wikipedia.org/wiki/John_Betjeman
John Betjeman lived in Wantage for many years and wrote a number of poems about the town and the surrounding areas including "Wantage Bells" and "On Leaving Wantage". In the ringing chamber of the church tower is a copy of "Wantage Bells", written in his own hand. It is said that he wrote it for the wedding of his daughter Candida, during which the bells were rung.
He also wrote a little-known short historical article describing Wantage Parish Church. He finishes the piece with a plea for donations to help with the upkeep of the fabric of the church. Click HERE to read the article.
WANTAGE BELLS
http://www.wantagebetjeman.com/poem_wantage_bells.htm
Now with the bells through the apple bloom
Sunday-ly sounding
And the prayers of the nuns in their chapel gloom
Us all surrounding,
Where the brook flows
Brick walls of rose
Send on the motionless meadow the bell notes rebounding.

Wall flowers are bright in their beds
And their scent all pervading,
Withered are primroses heads
And the hyacinth fading
But flowers by the score
Multitudes more
Weed flowers and seed flowers and mead flowers our paths are invading.

Where are the words to express
Such a reckless bestowing?
The voices of birds utter less
Than the thanks we are owing,
Bell notes alone
Ring praise of their own
As clear as the weed-waving brook and as evenly flowing.

﻿﻿At the back of the church is Mill Street, which runs down the hill to the old Wessex Mill. There, flour is different. It has been milled using wheat grown locally around the mill; you will find the names of the farms on the back of every bag. Above all, it is milled to produce top quality bread time after time.  It is used by over 150 craft bakers and is available to the public through over 500 farm shops, specialist food shops and independent food stores. You will not find it on the large supermarket shelf. It is also available in Dubai, Hong Kong, Hungary and St Helena.
If you are into sourdough and breadmaking, then try the bakery course in Wantage. It includes a tour of the mill.
The bakery is run by food writer William Black, whose passion for baking keeps him from self destruction whilst working through the night.
However, on days off, he will enthusiastically talk bread and extol the virtues of wild yeasts, pre ferments and sponges, while showing you how to make some of the great breads of Europe, and putting them firmly in their own cultural context.
For further history  and recipes see http://www.wessexmill.co.uk/index.html 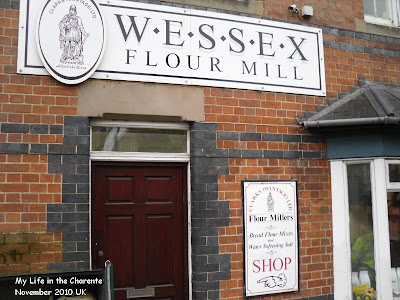 On market day Wantage is a hive of activity 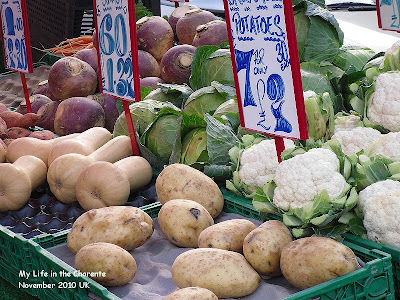 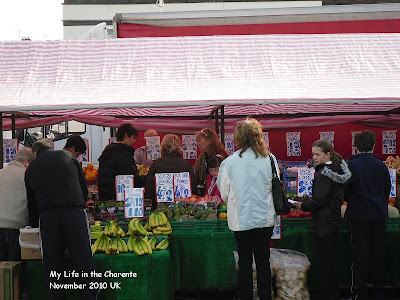 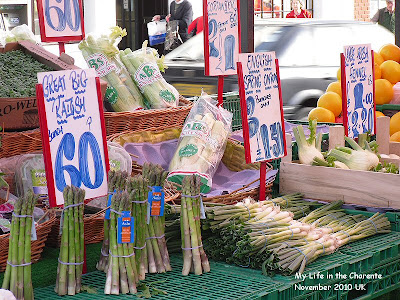 And last but certainly not least,  the village of Grove, which is on the northern edge of Wantage,  not only includes the Williams Formula 1 motor racing factory, but provides the dramatic sight of a De Havilland Venom jet plane in full flight.  It is a  memory of the Grove military airfield, which was built in 1941.  Little of the original airfield has survived and the land was returned to agricultural use after WWII.  There are a couple of ghost stories attached to the airfield; apparently a ghostly figure in flying goggles and oxygen mask has been seen a number of times!  Perhaps I should take a trip up to the De Havilland at night and see just what goes on there:-) 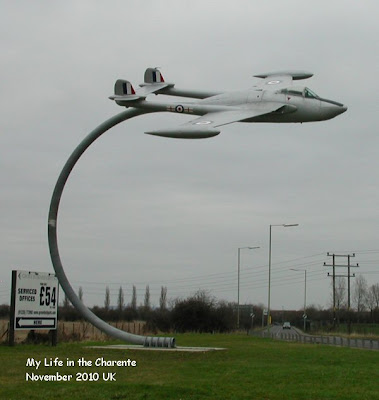 De Havilland Venom -This is my own photograph
See http://www.wantage.com/museum/Local_History/Grove%20Airfield.pdf for further information on the airfield.
Posted by Diane at 15:43